A Trip Up North: Part Two

Today I'll talk about our Sunday up in Gleason, Wisconsin, and our trip back to Illinois. After we woke up at the hotel, we checked out and went back to the farm. Nick sure loved being outdoors. I'm glad we brought our jeans and long sleeved shirts, because it was a little bit chilly. We walked all over the property, and Nick picked up sticks and followed his Great Uncle Bob around like a little puppy. 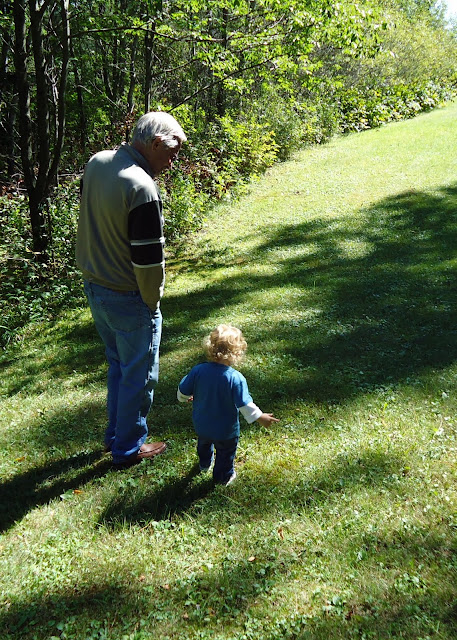 Nick really liked the rocks on the gravel path, and he picked up a bunch and put them into a plastic cup. He brought them inside to show his Great Grandma Marie, and then he threw them on the floor. I guess he liked the noise they made. 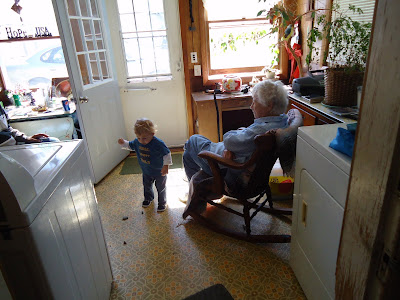 There's an old Estonian Church on the property, from the 1800s, and it's all boarded up. It's kind of neat, actually, and the road is named after the church. Nick looked at it for a minute, then found an interesting stick to play with. Toddlers have short attention spans. My impressions of the farm? It's lovely and peaceful and chilly. I like the stars and the quiet and the smell of the woods. But I hate the mosquitoes. I believe I got over six bites just in two days. Nasty, big mosquito welts. At least the peacefulness of the woods makes up for the hours of scratching. 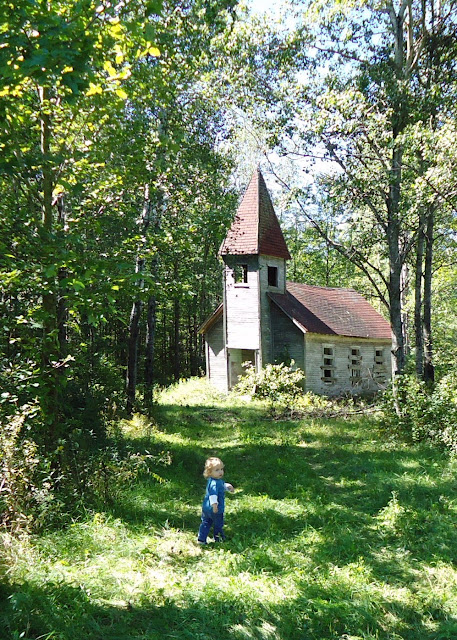 We had a delicious brunch with Nick's Great Grandma Marie, Great Uncle Bob, and Great Aunt Mary. Nick ate more bacon than any boy who's not even two should be able to eat! Then he asked for his "colors," and Nick and his grandma colored pictures together. 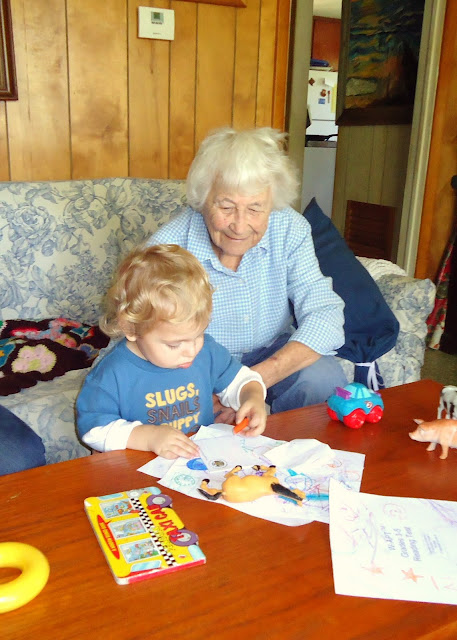 After we left Gleason, we drove for hours and hours while Nick (thankfully) napped peacefully in the car. He started to stir right around Madison, which is where we'd decided to stop for dinner and to walk around. Can you tell from the picture that I was glad to be finally out of the car? Madison is pretty cool for a college town, and I think I would've liked going to school there. 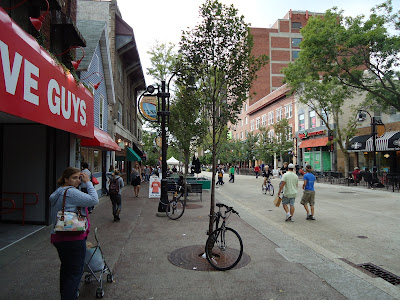 We really liked Madison, but at some point Greg and I realized that not only were we way too old to be mistaken for college students, but also . . . The kids who are freshman at this college right now? Were in diapers when Greg started college. Freaky. They were probably just in kindergarten when I started college. Sigh. Anyhow, it was an awesome college campus. Nick was glad to be out of the car, and he especially liked pushing the stroller up and down the sidewalk. 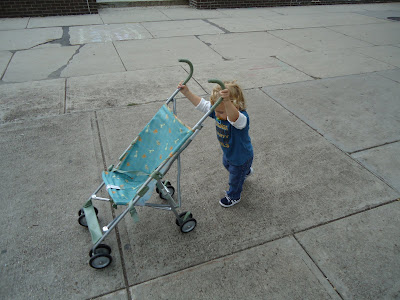 We stopped at a Brazilian Steakhouse for dinner. It was super-expensive, but very yummy. I like the places where the costumed men keep bringing you different cuts of meat. Nick just liked playing with the meat tongs. He did eat a ton of beef, though. 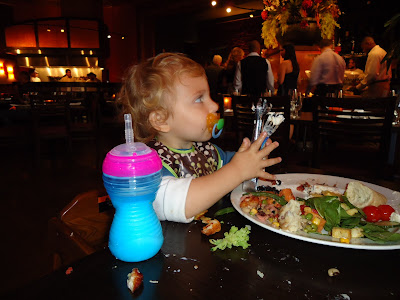 After dinner, it was just a few more hours in the car to get home. Thankfully, Nick was tired and slept through most of the trip, with not too much screeching. We were so glad to be home and out of the car.
Posted by Melissa E. at 8:38 PM