Yesterday I took Nick to the library to get some new books to read. He saw a plane out the window while we were at the library, and that gave me the idea to get him some books about planes. We checked out two: The Jet Alphabet Book by Jerry Pallotta and Rob Bolster, and Airplanes by Lola M. Schaefer. Since we got home with these books, he can't stop looking at them. 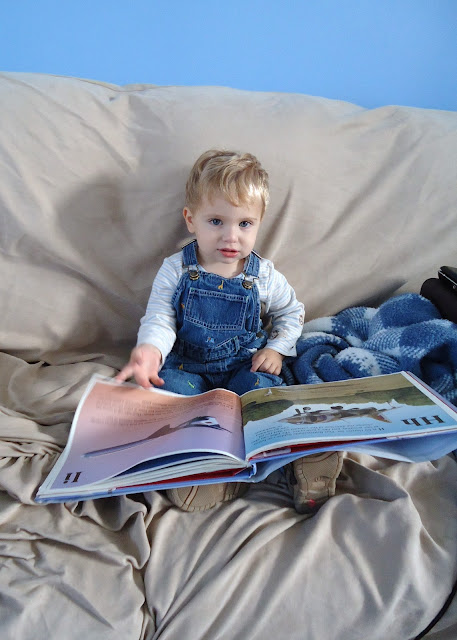 Even though this book is clearly for big kids, Nick still likes to have me read it to him. He points when I ask him where the wings, cockpit, and tail are on each plane. Nick can also count to two, as in "One, two planes." (After two, he gets confused and shouts out random numbers. Seven is his favorite.) Mostly, though, Nick just likes to look at the different planes, and announce, "Plane!" as he sees each one. 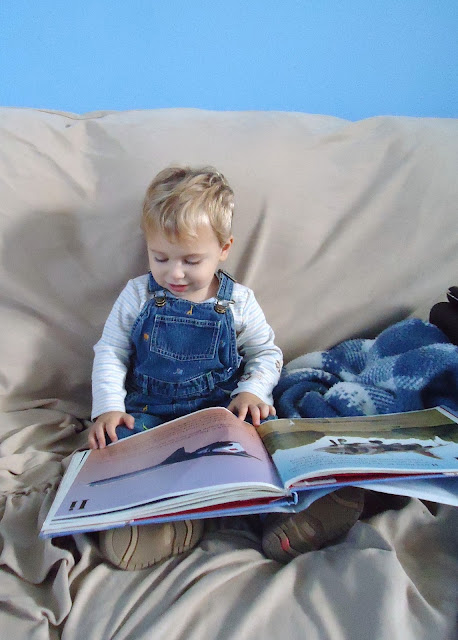 Nick easily spent an hour this morning reading his "plane stories." Then, he went out to the screened-in porch to read with his daddy. They read out there for awhile, and Nick listened for every plane that passed overhead. You can even see some of them from our porch. 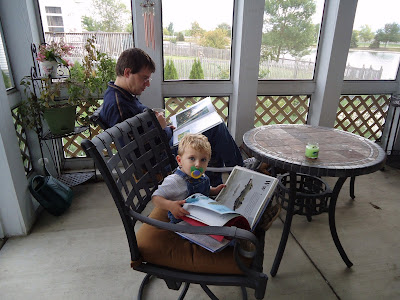 Greg and I both read a lot, and it seems like Nick is taking after us in that regard. I think I'm going to have to make more frequent trips to the library. I may also buy Nick his own books about planes. Here he is discussing his book with me. Do they have book clubs for babies?