It was time. I couldn't put it off any longer. Nick needed a haircut. As much as I love the curls, Nicholas has thick hair like mine that was growing more than a little wild. See Exhibit A.

See what I mean? My boy had wild, riotous curls that refused to be tamed. Greg has been asking me to have it cut for a few months now, because people have occasionally mistaken him for a little girl. But I waited, because I really loved those baby curls. Lately, however, Nick's hair has been getting stuck in the snaps on his shirts and in the velcro of his bibs. He's also had some pretty nasty knots.

So this morning, I called and made an appointment at a place called Fun Kuts 4 Kids in Oswego. Their website said that they had cars for the kids to sit in, and I figured Nick would like that. He did. 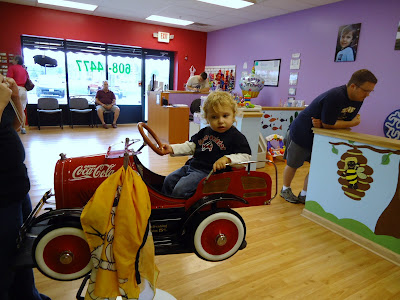 Nicholas picked the red car to sit in, and he didn't even seem to mind when the stylist put the cape around him. I warned her that Nick had lots of relatives who'd asked for a curl, so they gave me little bags for the beloved blond curls. The stylist was very nice, and she alternately talked to Nick and let him watch cartoons on the tv. 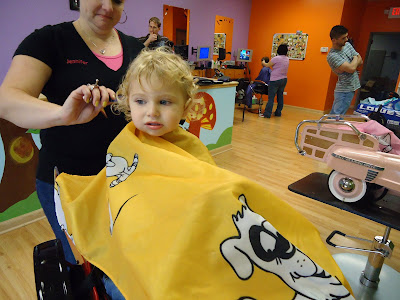 In preparation for his first haircut, I'd had Nick watch a Sesame Street episode about Baby Bear and his haircut. The whole episode is about hair, and Nick watched intently. 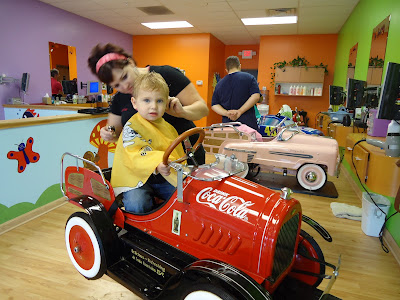 I'm not sure if it helped or not, but Nicholas did not appear to be nervous at all. We went with the ubiquitous "boy cut," and the stylist even used a razor on the back. I can't get over how different he looks. 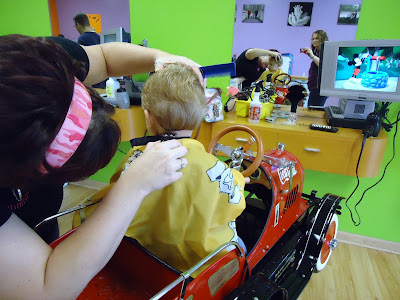 He looks a little dubious about his new look, but I like it. He looks so much older, though, and very much a little man. I miss my baby. 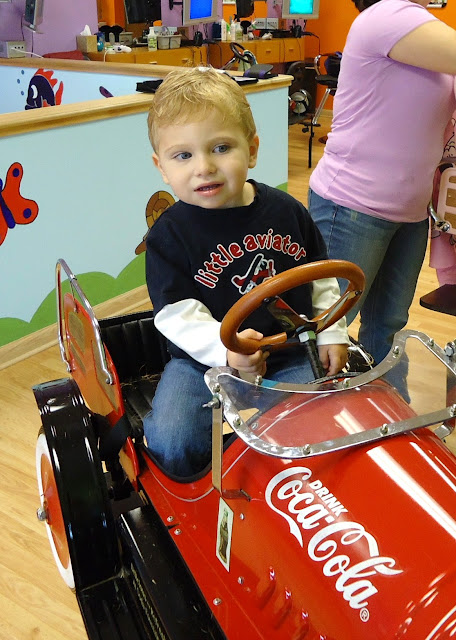 I would say it was a pretty good experience. :) 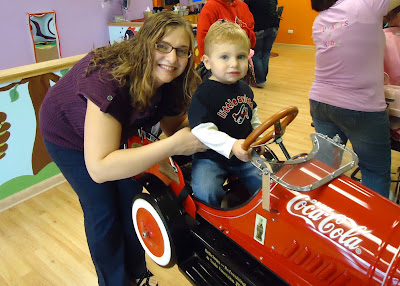 ﻿It was a little expensive for a boy's haircut ($15 for the haircut and $5 for the special certificate) but Nick really liked sitting in the car, so it was worth it. Here's the certificate. 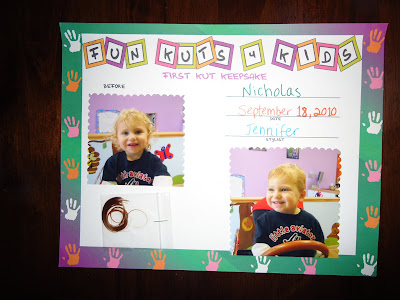 ﻿
Actually, the only time that Nick got upset and started to cry was when we took him out of the car. He was mad, and he tried to climb back up. 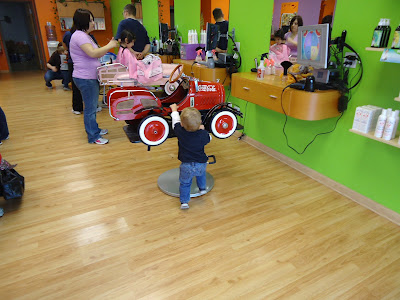