Recovering and Relaxing and Eating Cake 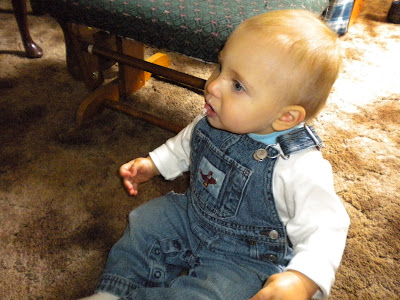 Nick is recovering from his tummy troubles, thank goodness. He's still a little crabby, and he's been more snuggly than usual. We did take him to a party for my friend's little boy, who just turned three. I think Nick had a good time, considering that the big boys didn't want to play with him very much.


I think Nicholas' favorite part of the party was the yummy cake and the ice cream. At one point, he was sitting on my friend's lap and grabbed a wad of blue frosting. Then he giggled, sporting an evil grin. 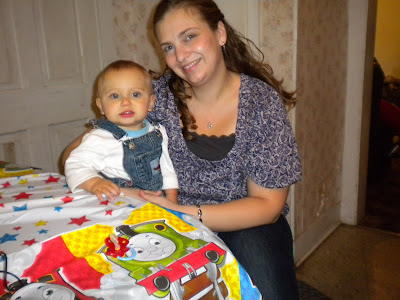 Above you can see Nick enjoying some delicious ice cream. He wasn't very hungry all weekend, but he sure opened his mouth for cake and ice cream! 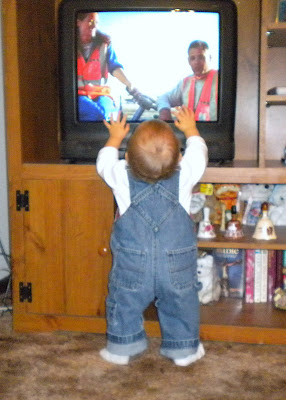 Lately Nick's had this habit of slapping the tv set. I'm not sure why he does it, but he sure gets a kick out of it. 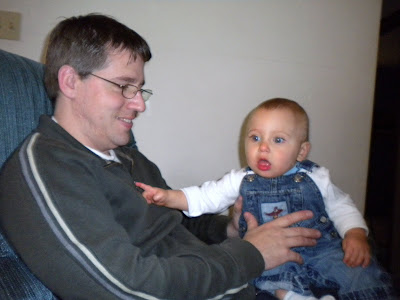 Here Nick is with his daddy. He was watching all of the little boys play with their trucks and blocks and such. He really wanted to join in.