Starting the New Year at the Planetarium

Today we decided to go to the Adler Planetarium to celebrate the new year. I hadn't been in years, and Greg and the boys had never been, so this was an eagerly anticipated trip. The prices for museums, however, have gone up by a great deal since I was last there, so we ended up getting a membership. Honestly, if we only go twice, we'll have already gotten our money's worth. When I was tucking him in to bed this evening, Nick wanted to know if we could go back tomorrow. 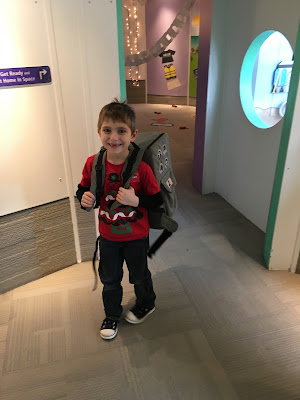 Planet Explorers, the area just for kids, was their favorite by far. We kept going back to this area between shows and exhibits, and it was difficult to get them to leave. Henry and Nick pretended to be astronauts for a long, long time.

There were caves to explore, but they liked popping up from the cave into these bubbles the best. 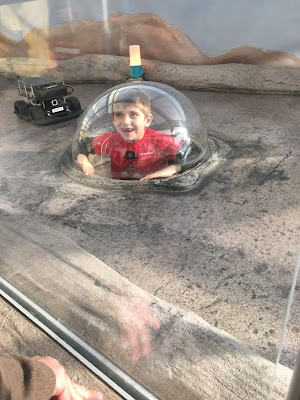 While we waited for our lunch to be ready, there were telescopes to try out. 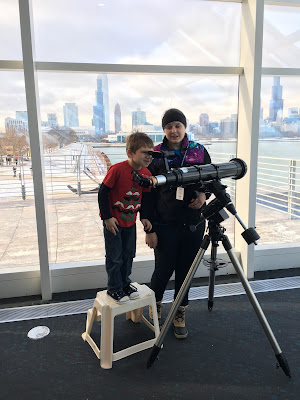 Our lunch was pretty good, but the view behind us was spectacular. We even got a cupcake with a little moon and star on it. 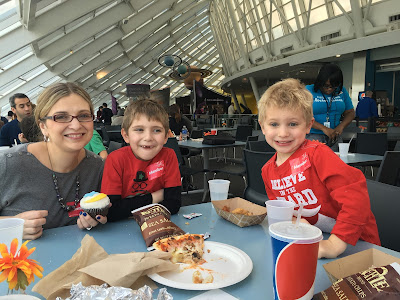 The boys loved learning about the solar system, though they were a little scattered. They ran from exhibit to exhibit. 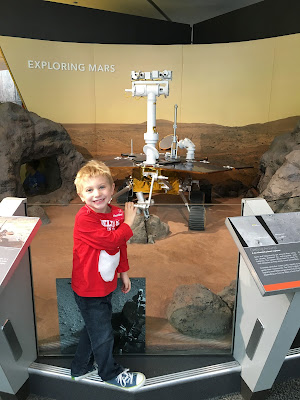 The planets hanging from the ceiling were pretty awesome. 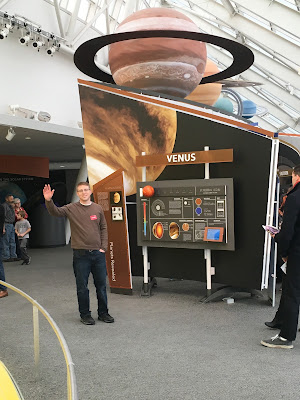 This cool experiment (a vacuum taking out the air and showing the kids what'd happen to a balloon and a marshmallow) thrilled them. I was pretty surprised, too. 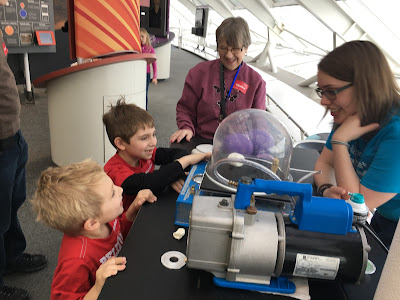 The two shows we caught were really fun, and Henry kept saying, "This is the best thing ever!" We made time afterward to see the moon exhibit. 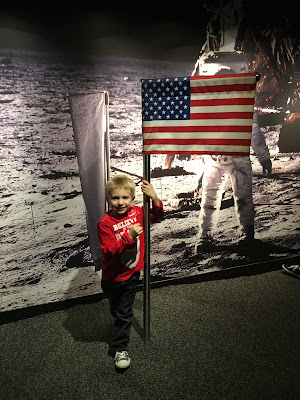 In the moon exhibit they had switches and dials and buttons just like they did during the Apollo program. 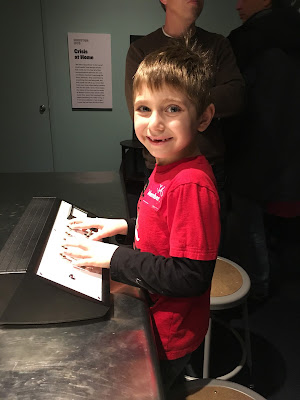 They also had rotary dial phones, which didn't make sense to the boys. 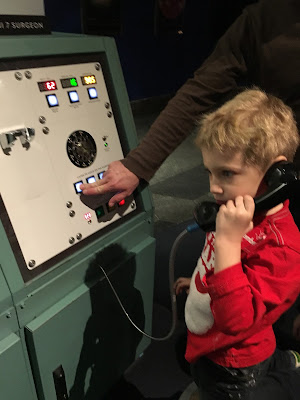 This moon lander was a big hit--they got to fly over the moon and land in different spots.

So it looks like the Adler Planetarium will be our museum of the year. I bet we could visit ten times and the boys still wouldn't get bored.
Posted by Melissa E. at 8:51 PM