Nick had his first school concert a few weeks ago, and we were really proud of him. We got him a fancy new tie for the ocassion, and Grandma Toni found the grown-up man's shirt for him.

He was even chosen as one of the speakers (probably because he has inherited his mom's loud voice). 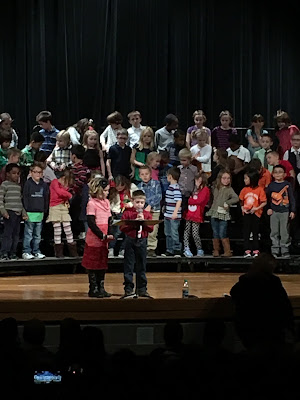 I think he did pretty well as a first-grade public speaker.


Can you see Nick in the front row, in the red shirt? He certainly wasn't being shy! 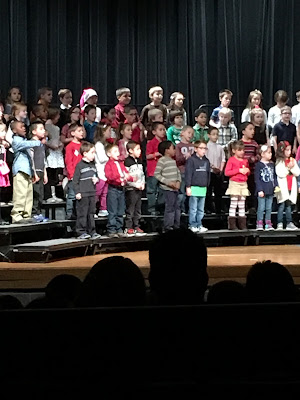 Nick's concert involved some very creative pieces--like the one below, played on kazoo. I think it's probably the best-sounding instrument a herd of first graders can play.


Can you hear Nick's voice over the other kids? I can, but I'm his mother. I think I'm supposed to be able to pick his voice out of a crowd.

We were very proud of all of Nick's hard work getting ready for this concert. Even Henry sat in awe for the whole concert.  :) 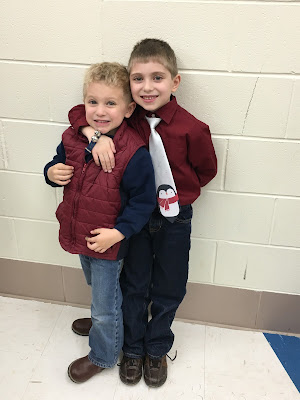