Toads and Peonies and Plenty of Mud

We spent quite a bit of time outside last weekend. The beds on either side of our driveway had become overgrown with weeds, so we had to reclaim them for ourselves. The boys, um, helped. 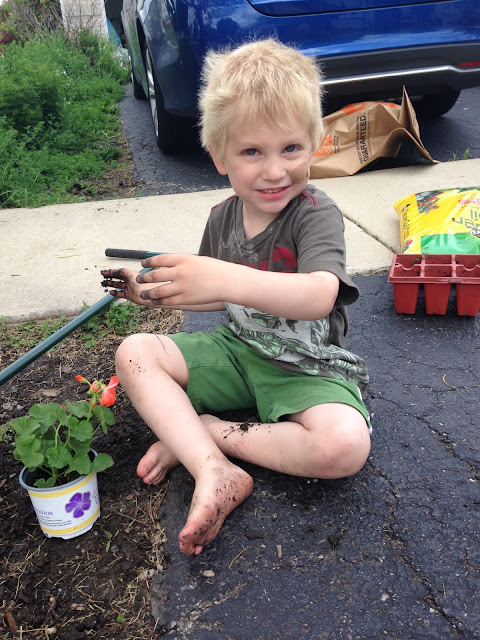 I believe I spread ten bags of mulch last weekend. The battle with the clover-like weed is going to take quite a few bags more, but this year Greg and I are determined to prevail. 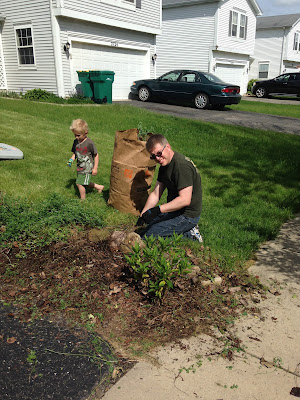 Nick helped me pick out all of the flowers, and he planted a few, too. I let him use the hose until he kept spraying me with it. 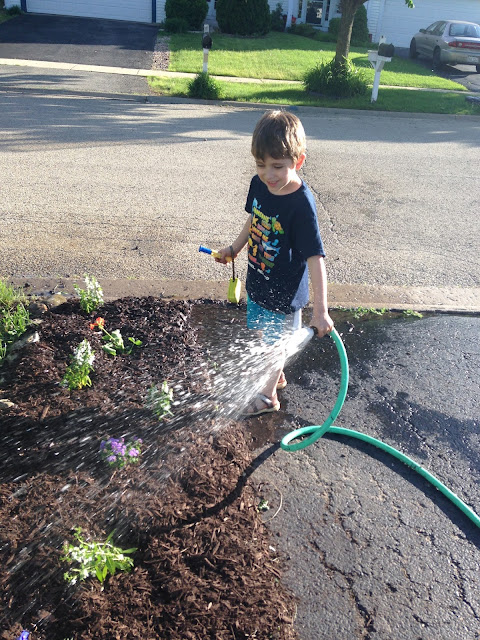 Considering that this patch of ground was completely covered with weeds two weeks ago, I think it looks pretty darned good. 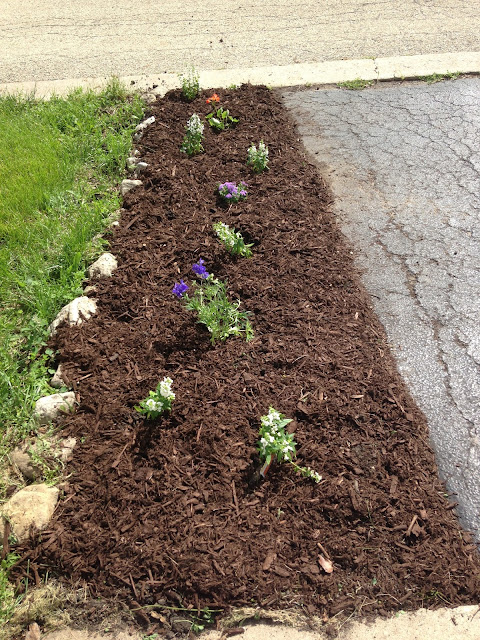 Little boys sure don't mind getting covered in dirt, mulch, and water! They also don't mind toads. Greg found a few living under the viney weeds near our screened-in porch while we were all working outside. 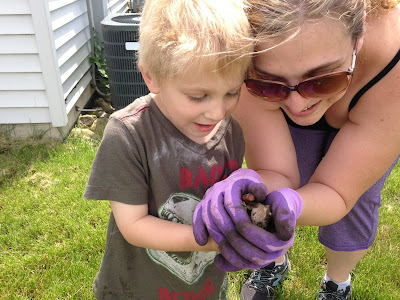 We played with the toads for a few minutes, and then let the poor things go near the pond. Living so close to two active little boys might not be a good residential decision for these guys. 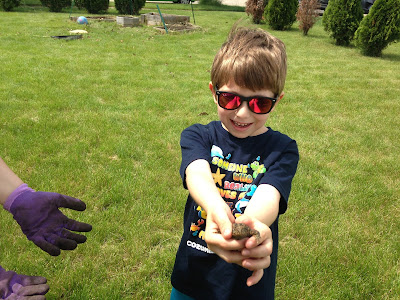 It's the end of May, and the peonies are here! At least they were all this week--I'm not sure how they'll fare after the rain and colder weather this weekend. 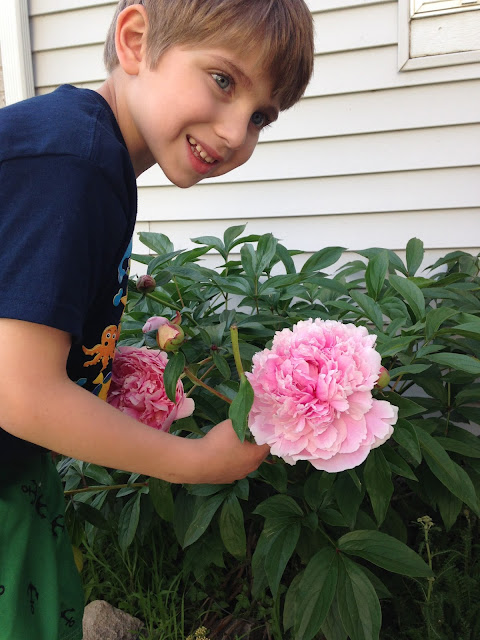 I'm hoping that we have at least a few more nice days before the full heat of summer comes. I love those days when it's warm but not too hot. Usually those days happen during the few days we have blooming peonies. 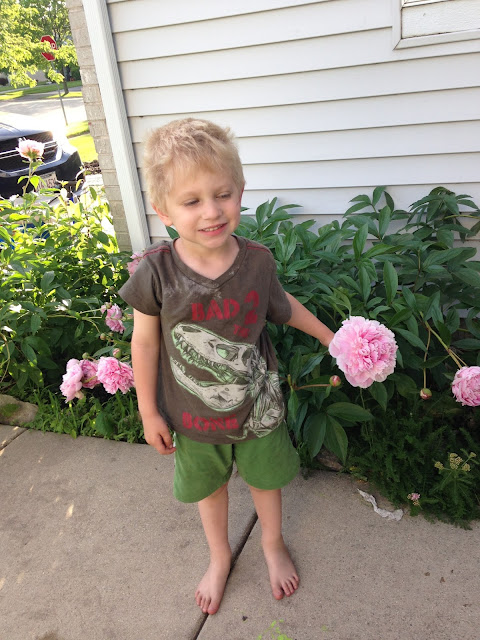