Tonight Nicholas grew up just a little bit. He lost his first baby tooth. It all started with an apple, and the next thing we knew, that tooth was out! 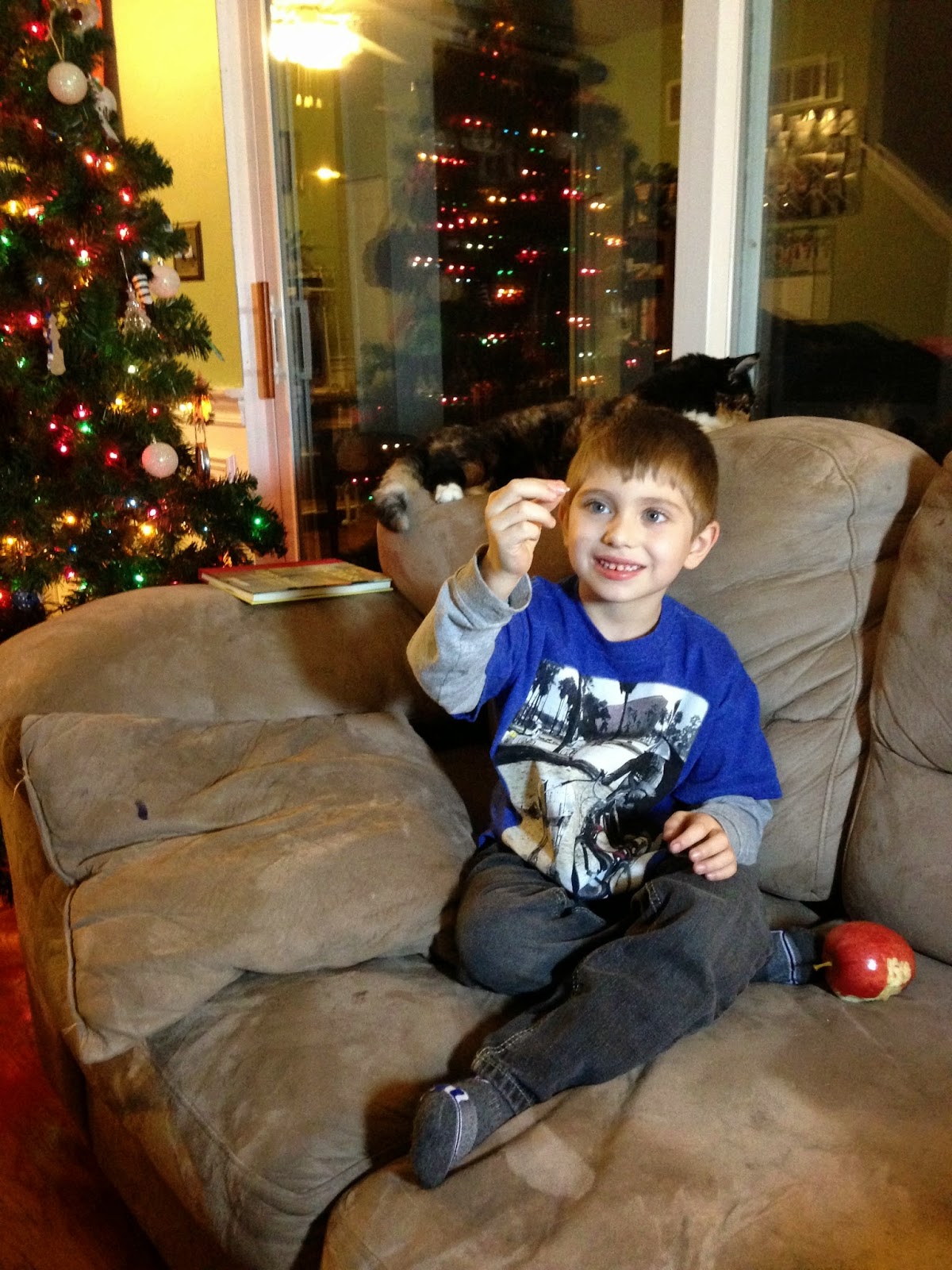 It's been five years since he got his first tooth, and I think that it is that same first tooth that he lost. 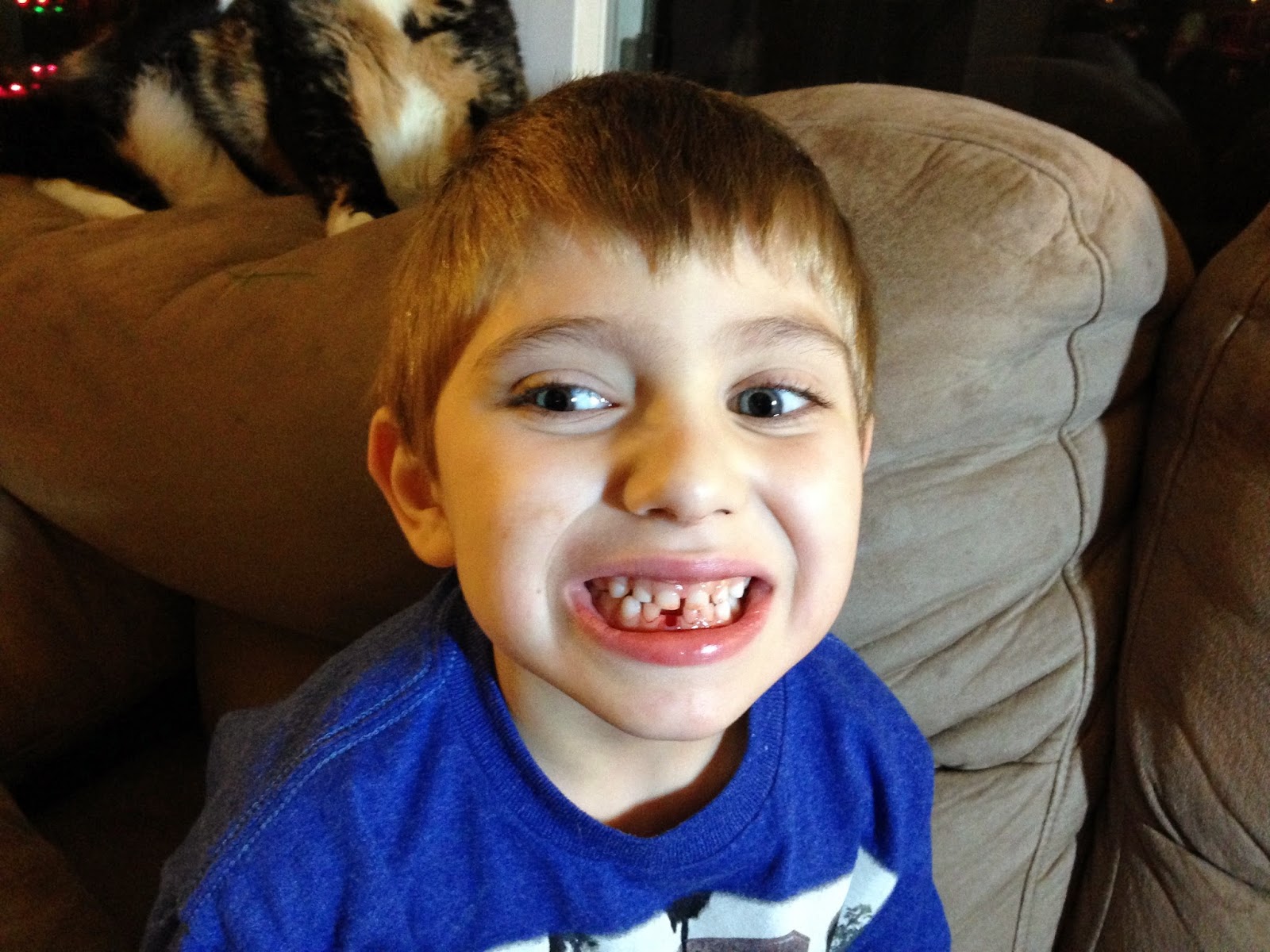 I've heard that is the way it happens. Here's a picture of Nick when he got his first tooth. He was around nine months old, I believe. 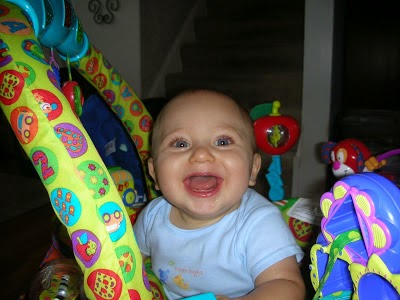 Since there was a decent amount of blood and Nick's mouth was a bit sore, we had frozen fruit smoothies (with Greek yogurt) for dinner. 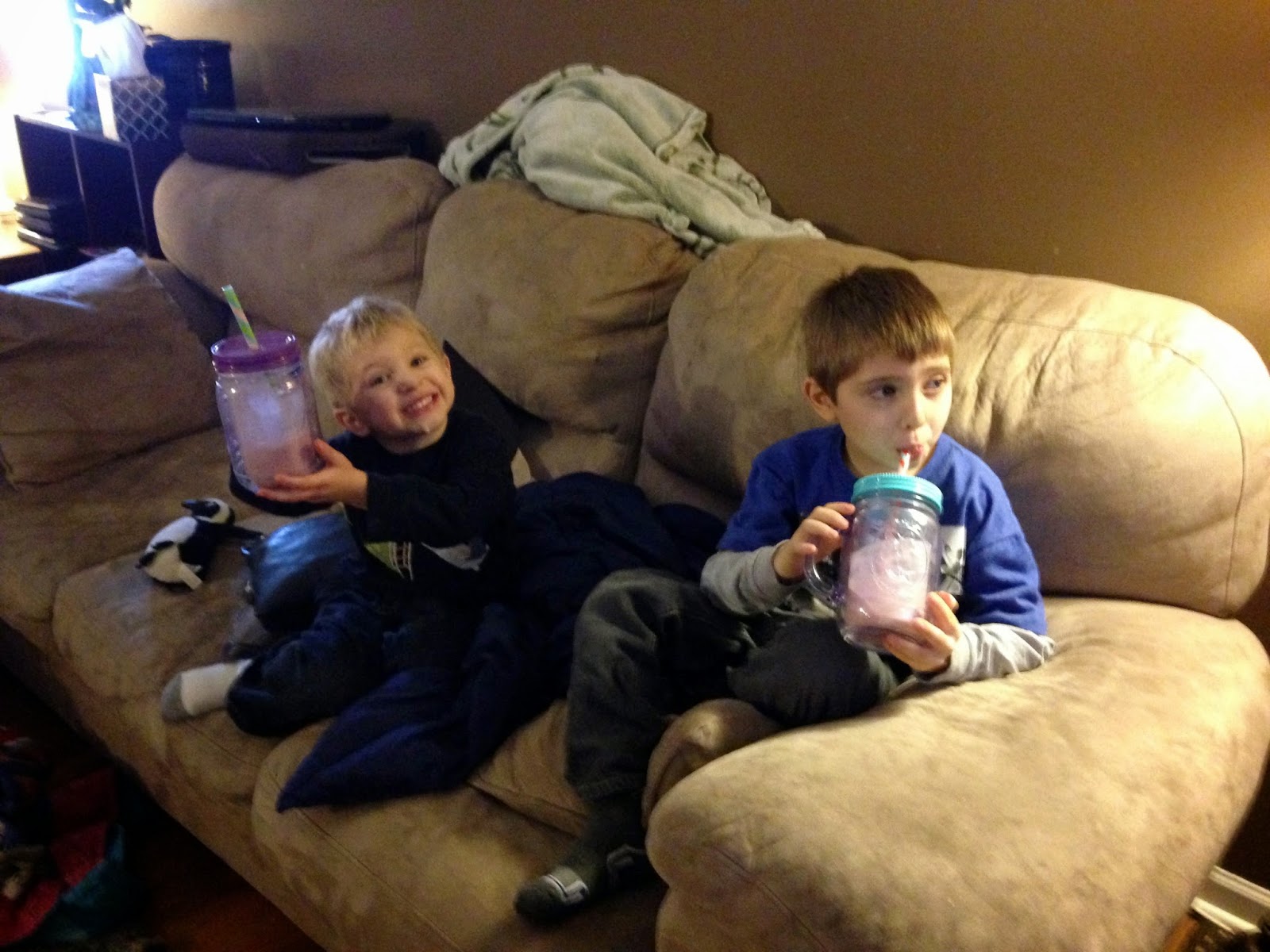 The smoothies were a celebration, but the real excitement is the visit the tooth fairy will have to make later tonight. When I lost my last few teeth, I believe it was the mid-1980s and I got a quarter. I'm pretty sure inflation has brought up the price. Wait--I just googled it. Would you believe there's a calculator for this? Looks like the tooth fairy will leave at least $1. 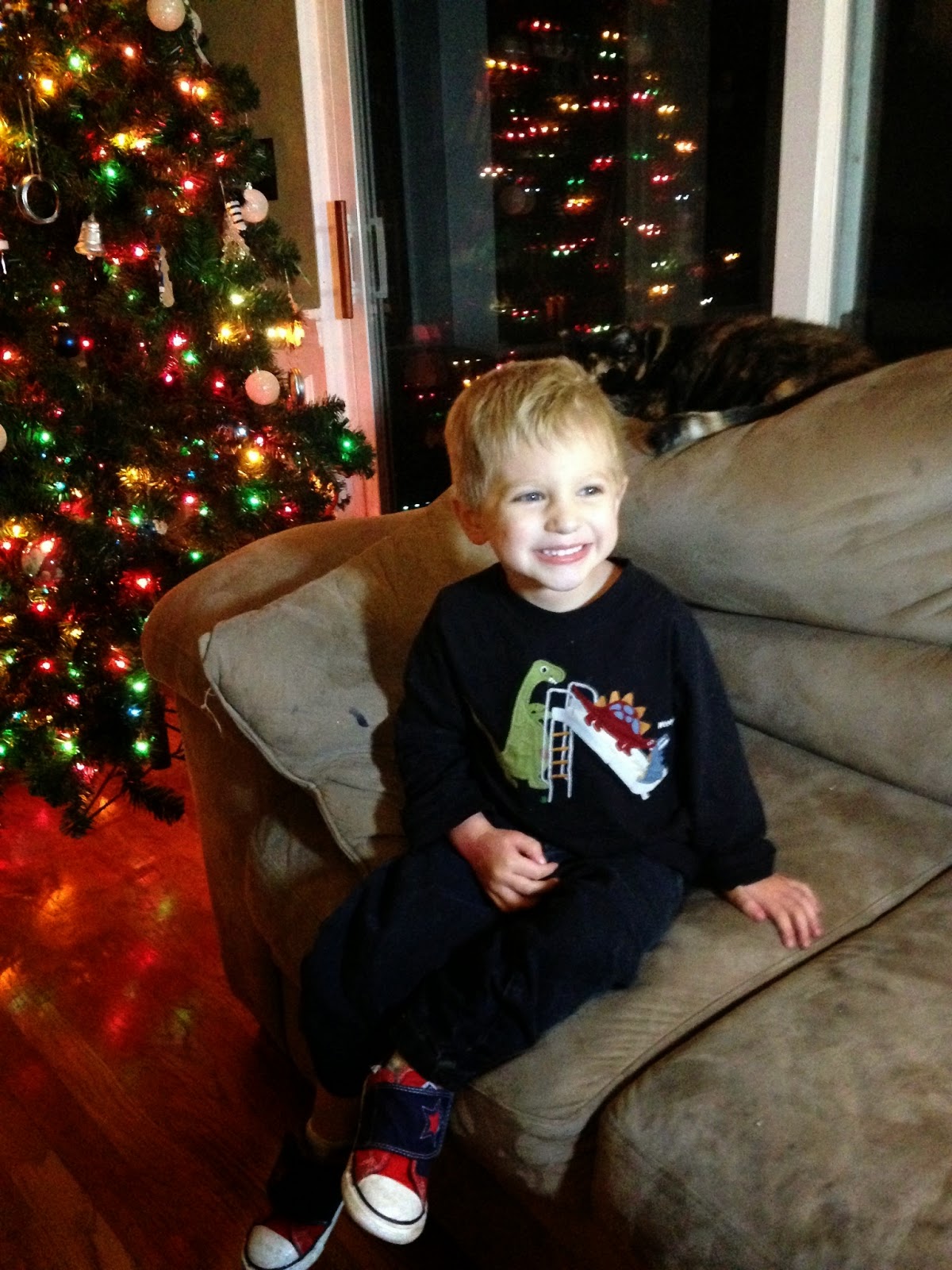 Poor Henry was jealous. I had to stop him from grinding his teeth tonight. He though that would make them come out. He will have to wait a few years for his turn.
Posted by Melissa E. at 8:10 PM