We had two nights of school activities last week: Henry's school had Math and Science Night, and Nick's school had a Medieval-Themed Reading Night.

Since I'm a teacher and I always encourage parents to be involved in school events, I figured I had better attend the events at my kids' schools. Thus, we made leaf patterns and said hi to Nick's old teacher and Henry's new one. 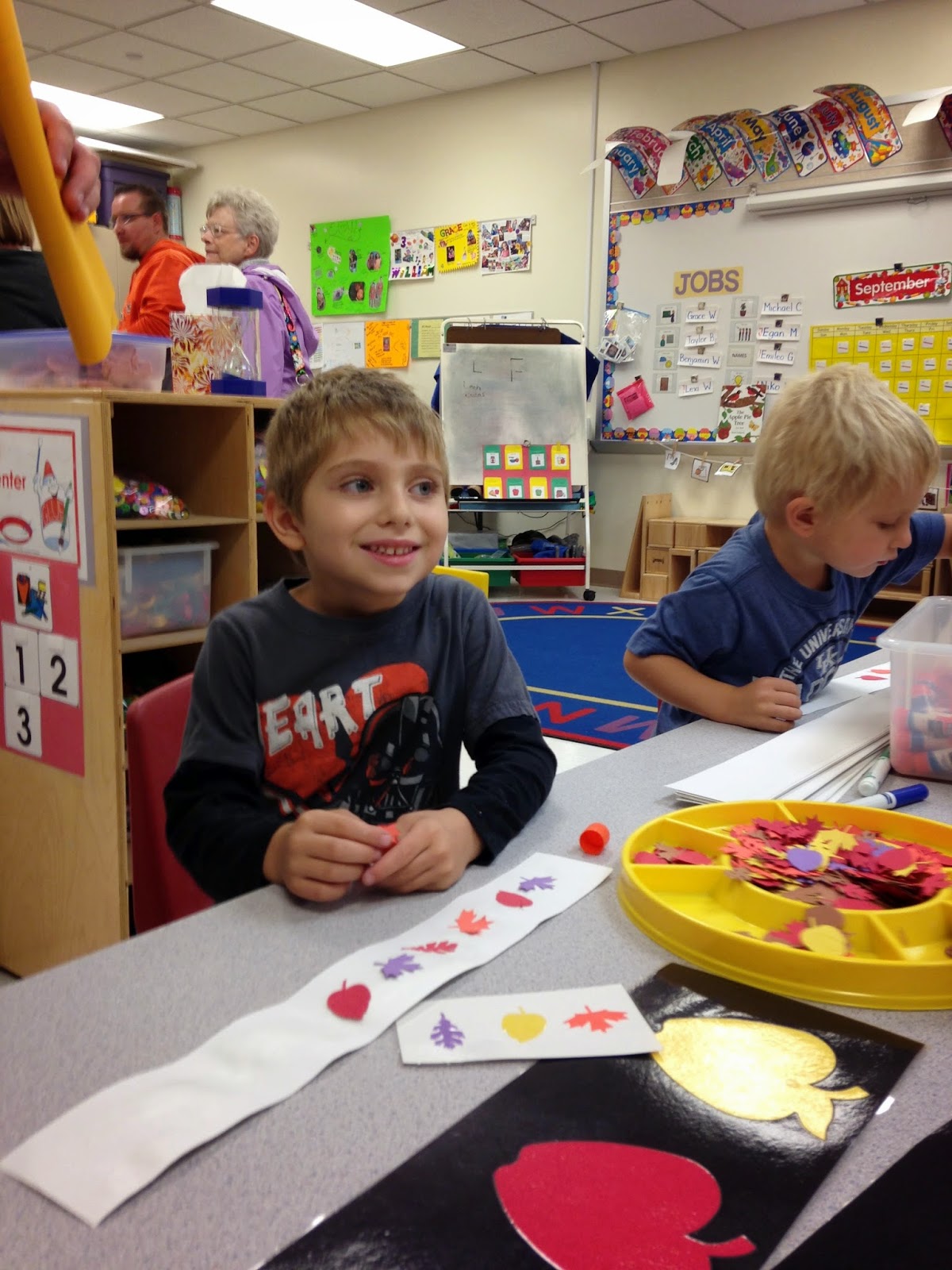 They used a balance to compare the mass of pumpkins and gourds. 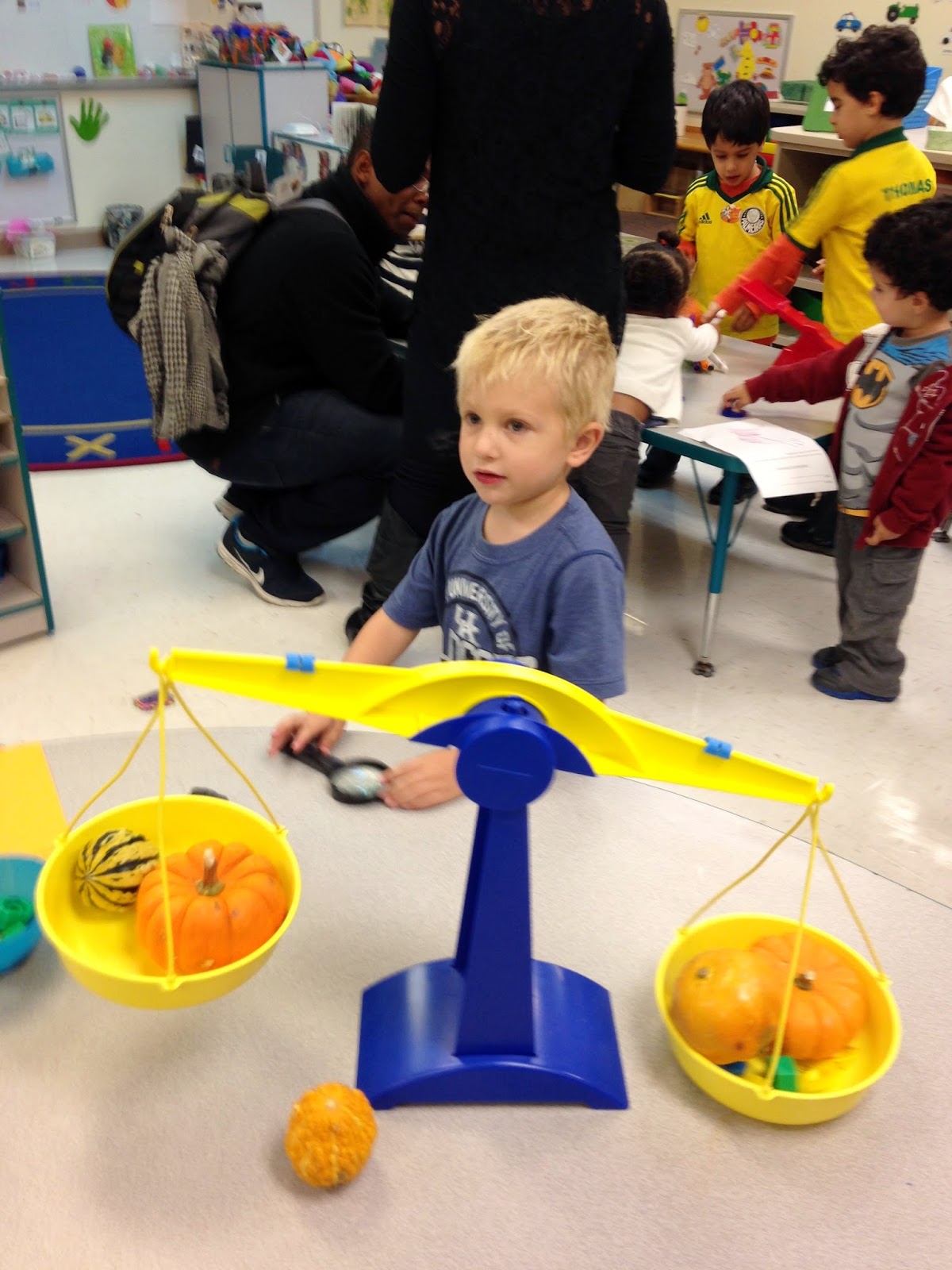 I have no idea whether they really understood what they were doing, but they sure had fun experimenting with the gourds! 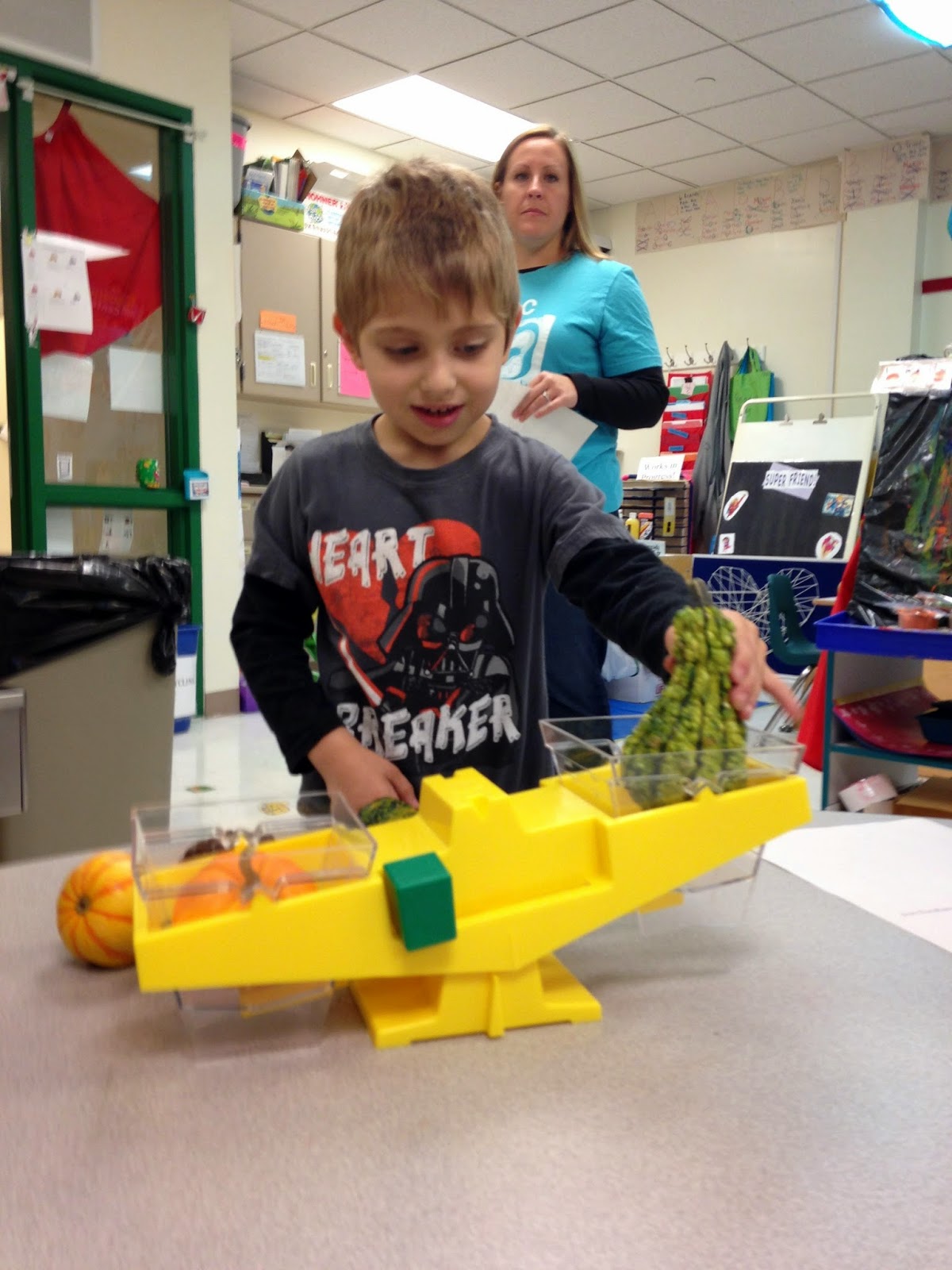 They counted items they found in a corn bin. I think they could've done this all night. 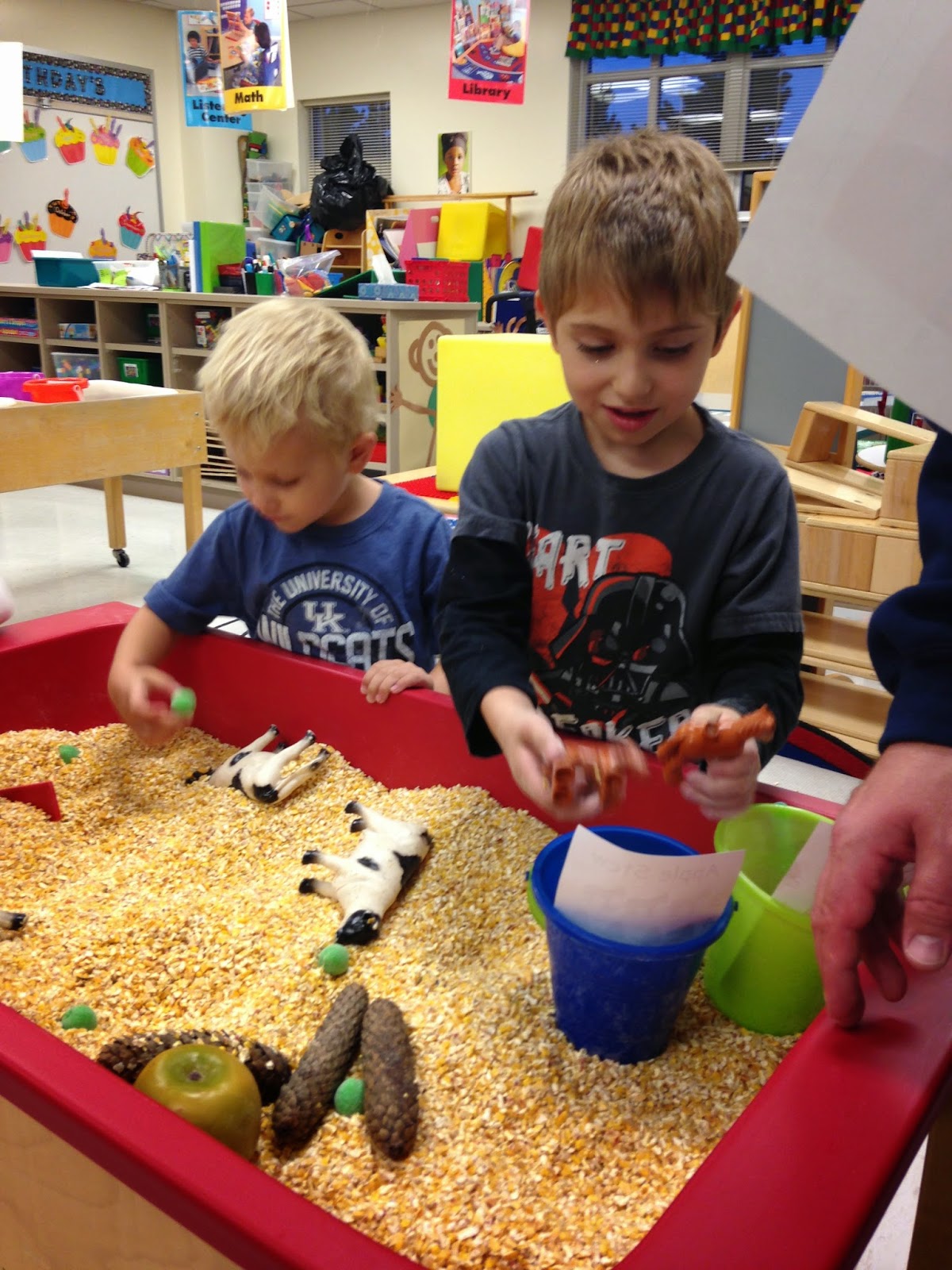 I have to remember to take them to the corn bins they can climb in at the pumpkin festival this year. Nick and Henry love the feel of the corn. 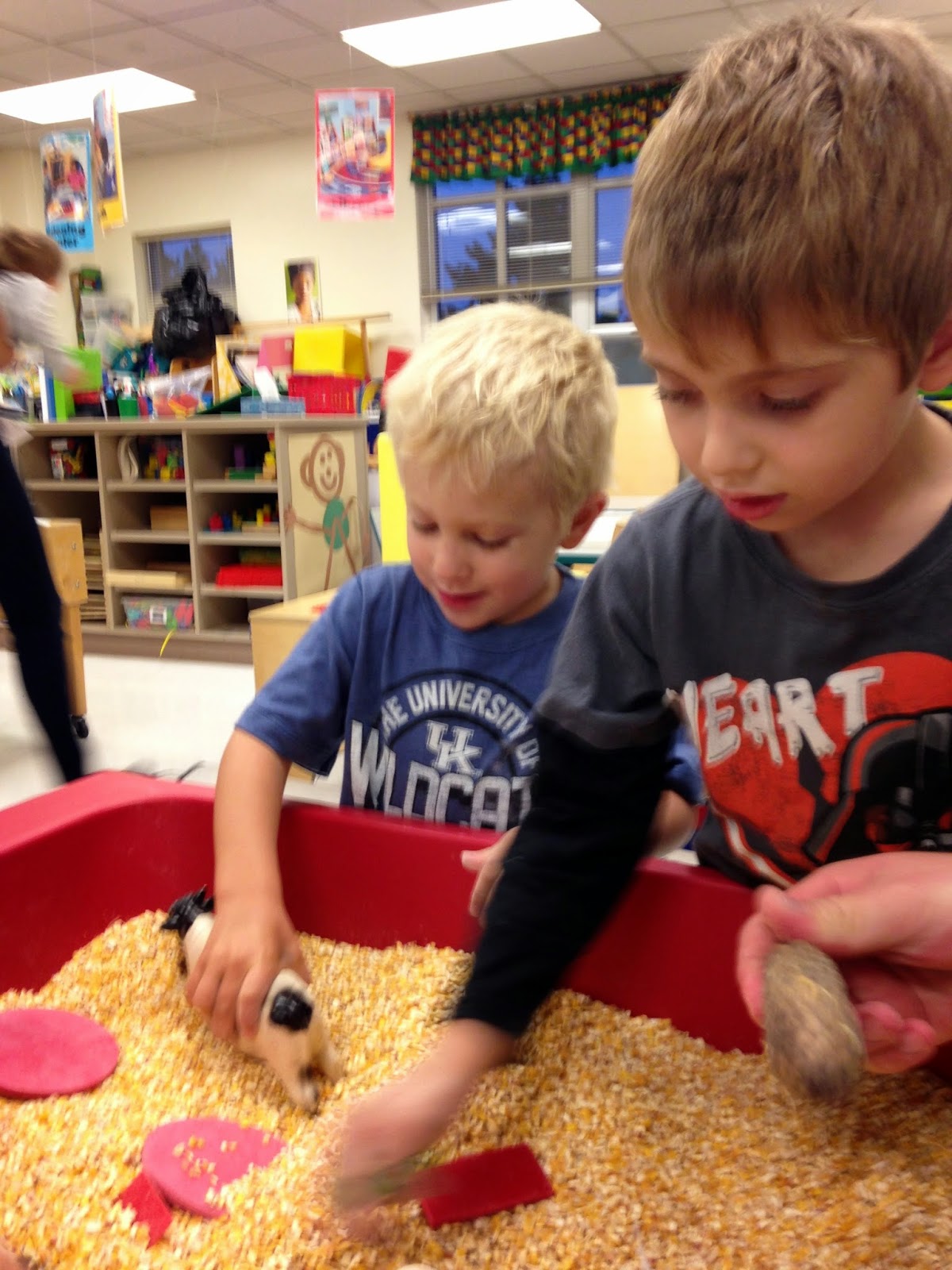 I really liked seeing the pictures and student work that was lining the hallways. Henry was quite the ham for this picture!

I did a close-up of this picture. He has his tongue out and everything! 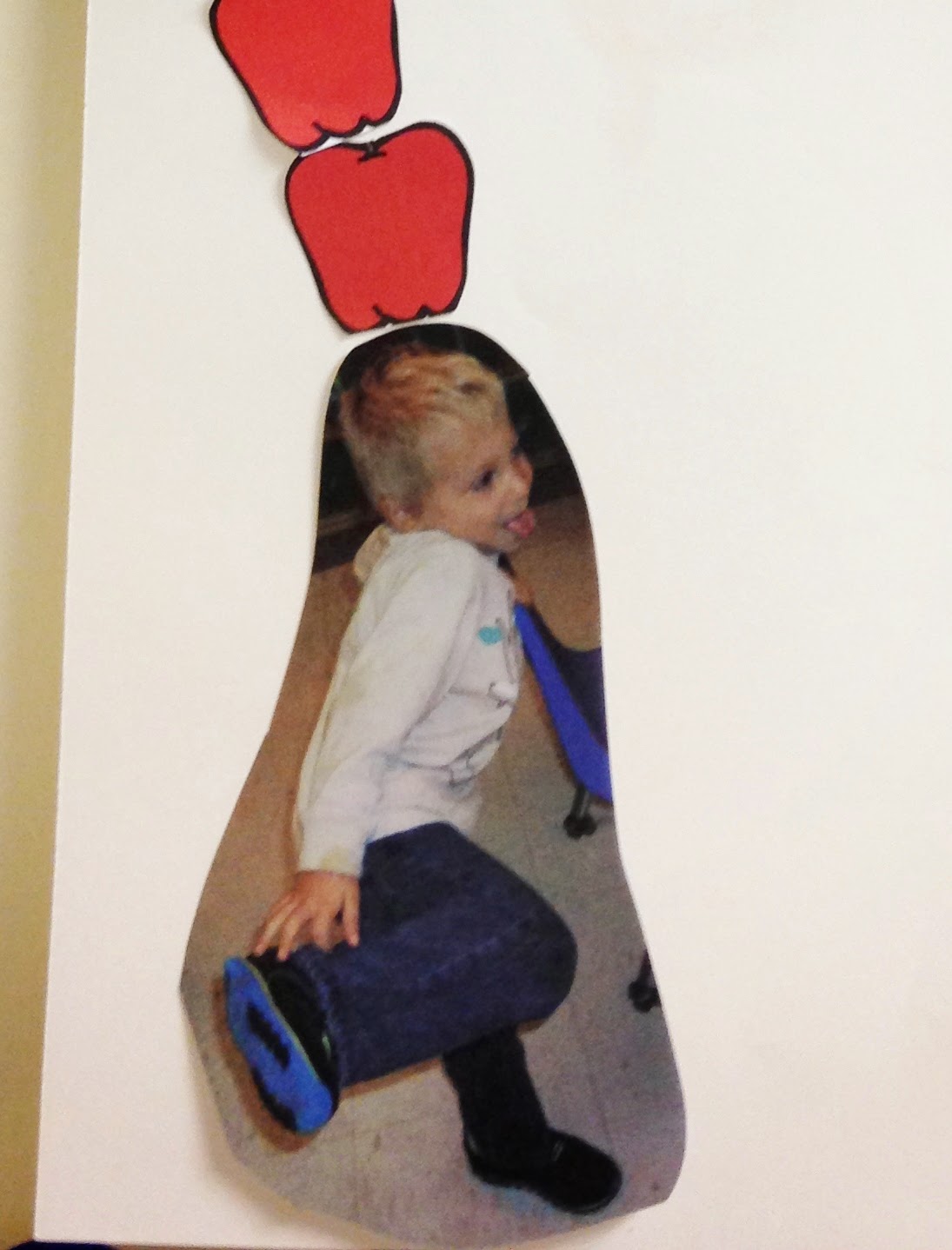 The last (and wettest) activity was sink or float. The boys predicted which items would sink or float, and then they splashed them in the water to see if their predictions matched reality. Mostly, they just splashed water around. 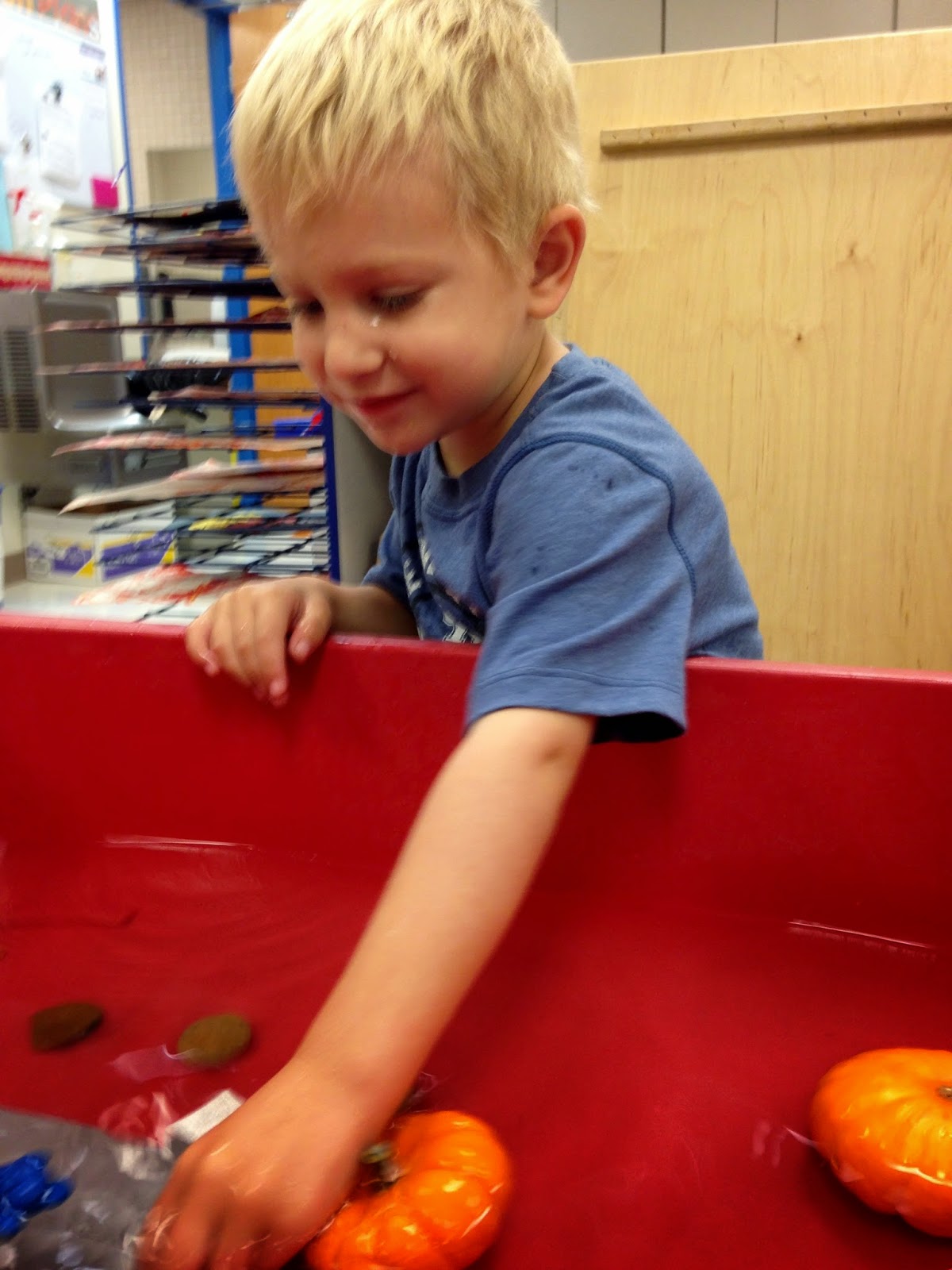 We probably would've stayed a bit longer, but we were hungry for dinner. This night ended up being pretty cool. 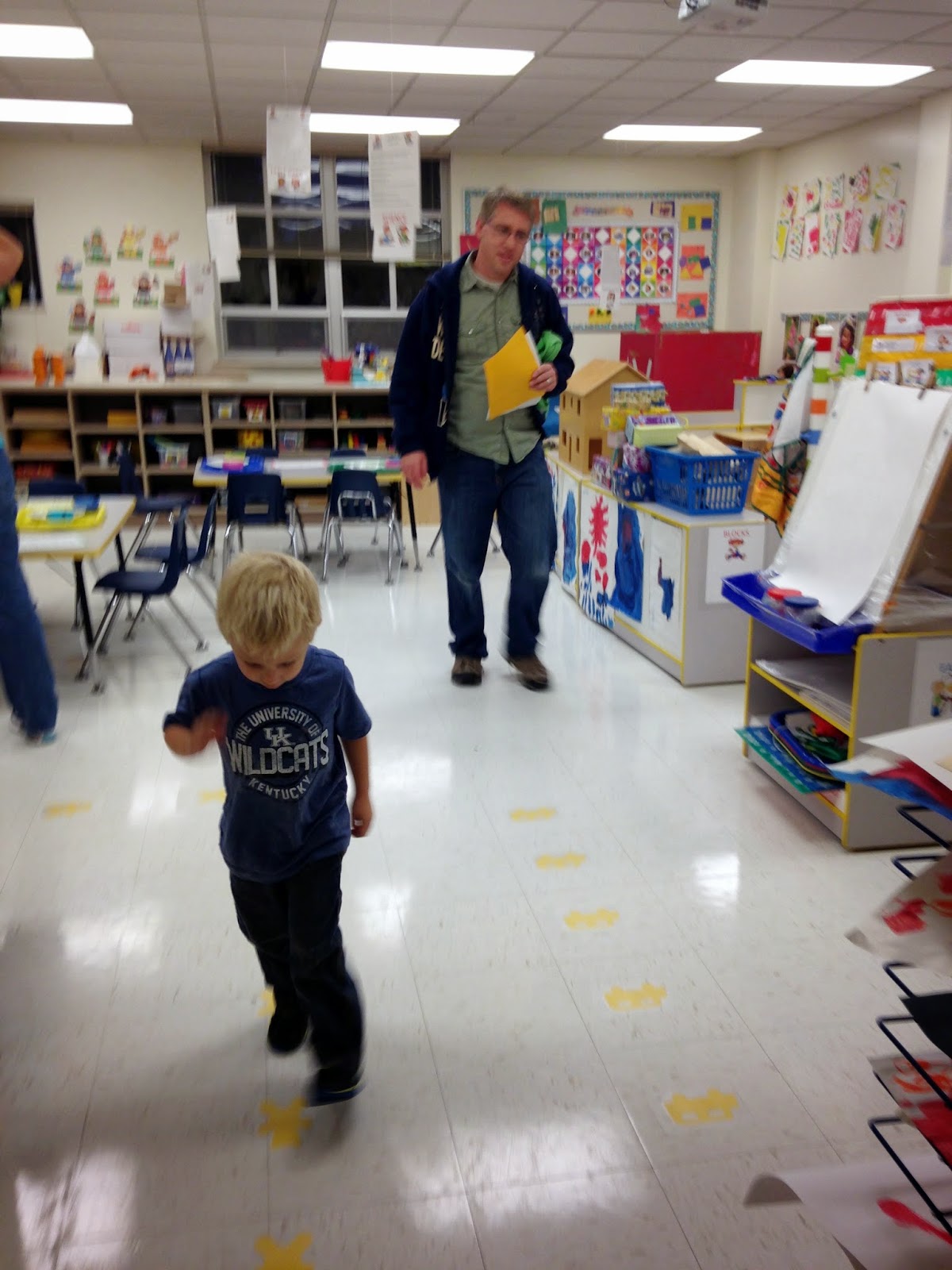