Fun in the Corn

It's been awhile since I posted, but that doesn't mean we haven't been doing anything fun around here. Last weekend, Greg and I took the boys out to Heap's Giant Pumpkin Farm for some fun. I took enough pictures for several posts, but what the boys really liked was the corn. 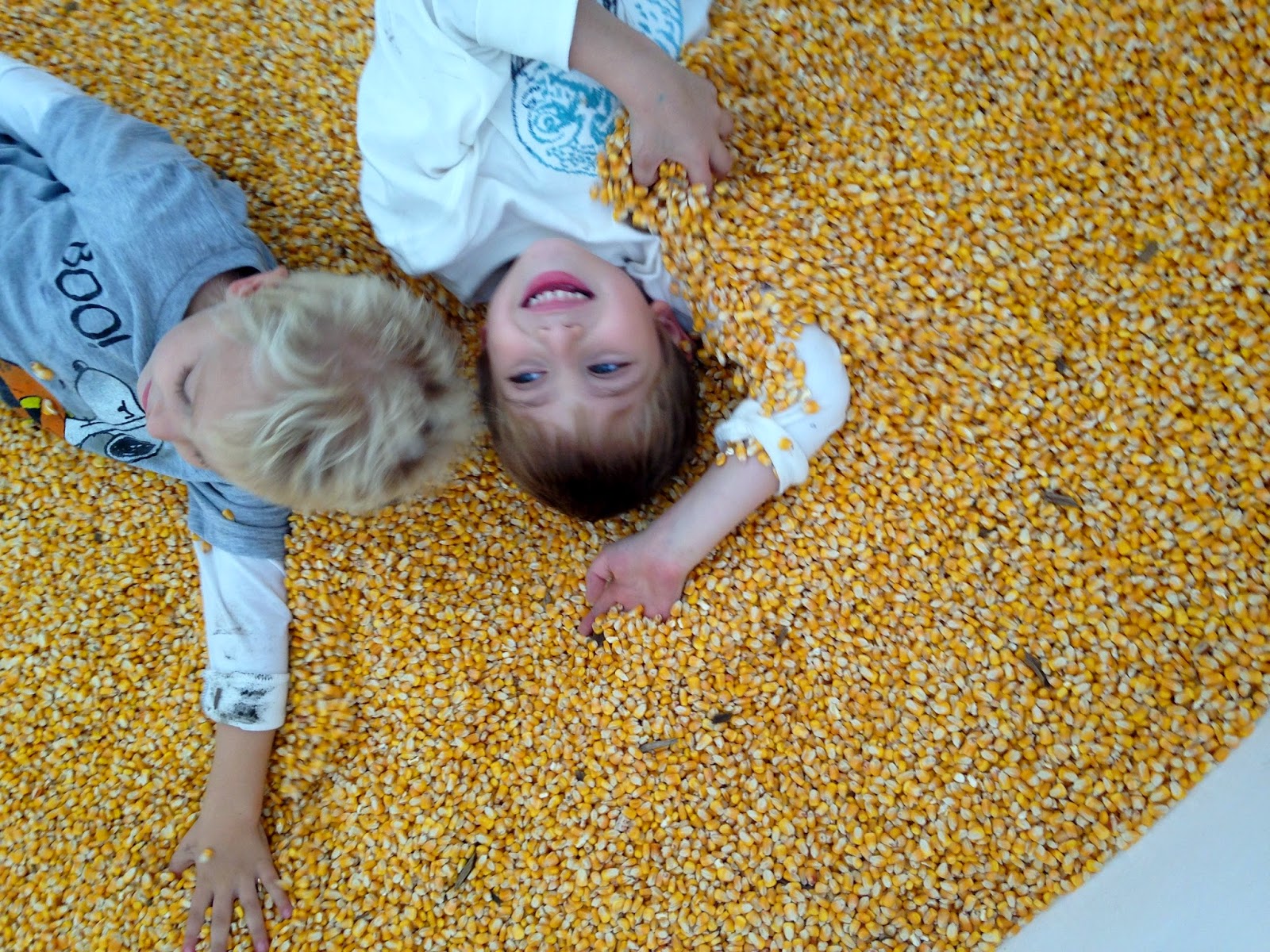 I wish there was a way to have one of these corn bins in my backyard. I'm pretty sure I could just let Nick and Henry out there in the morning and open the door for lunch. They might not ever come out of the corn! 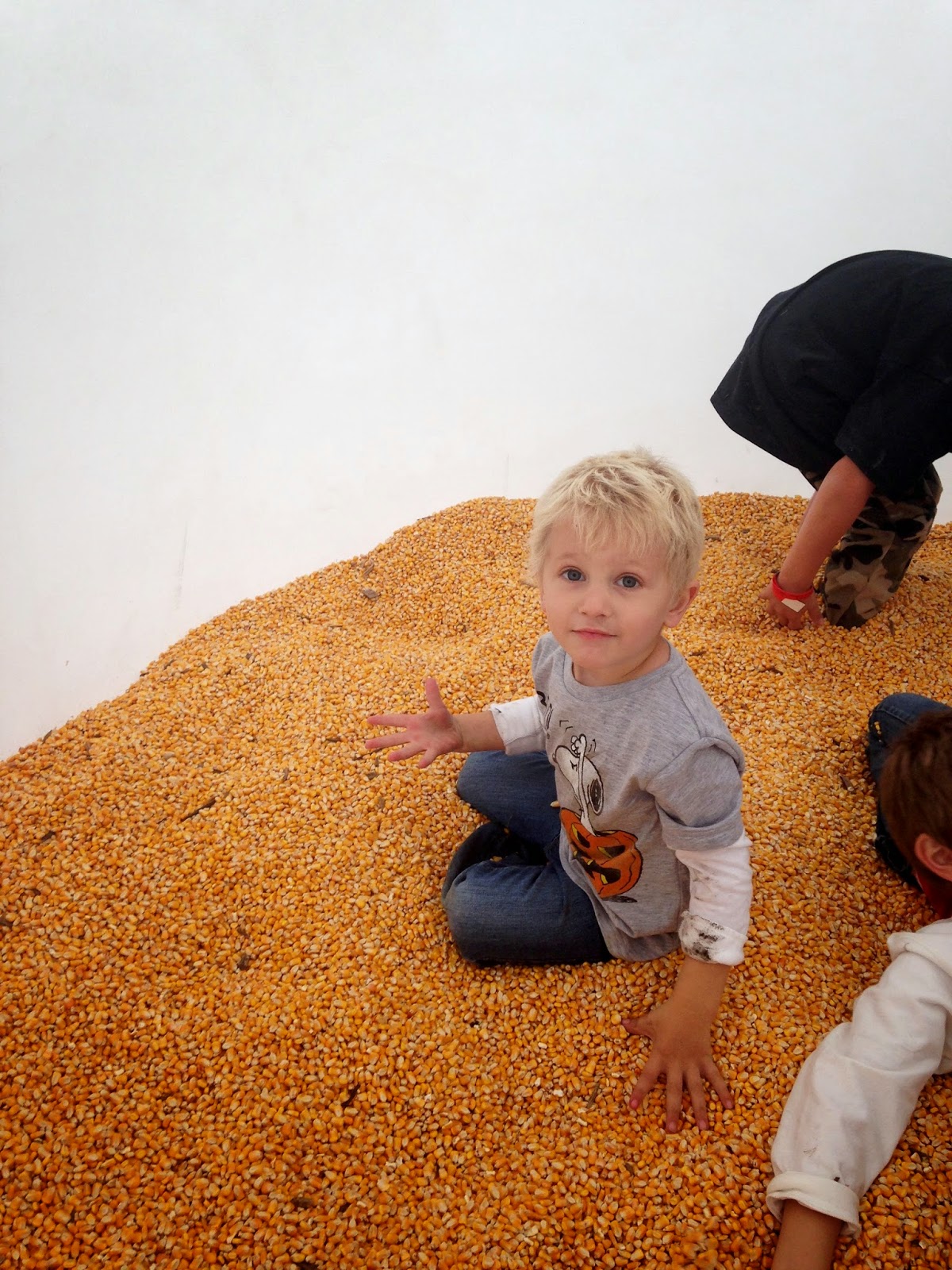 It was raining outside, so it wasn't actually a bad thing that Henry and Nicholas preferred to stay in the corn. Greg and I sat at a picnic table waiting for the boys to tire of the corn. 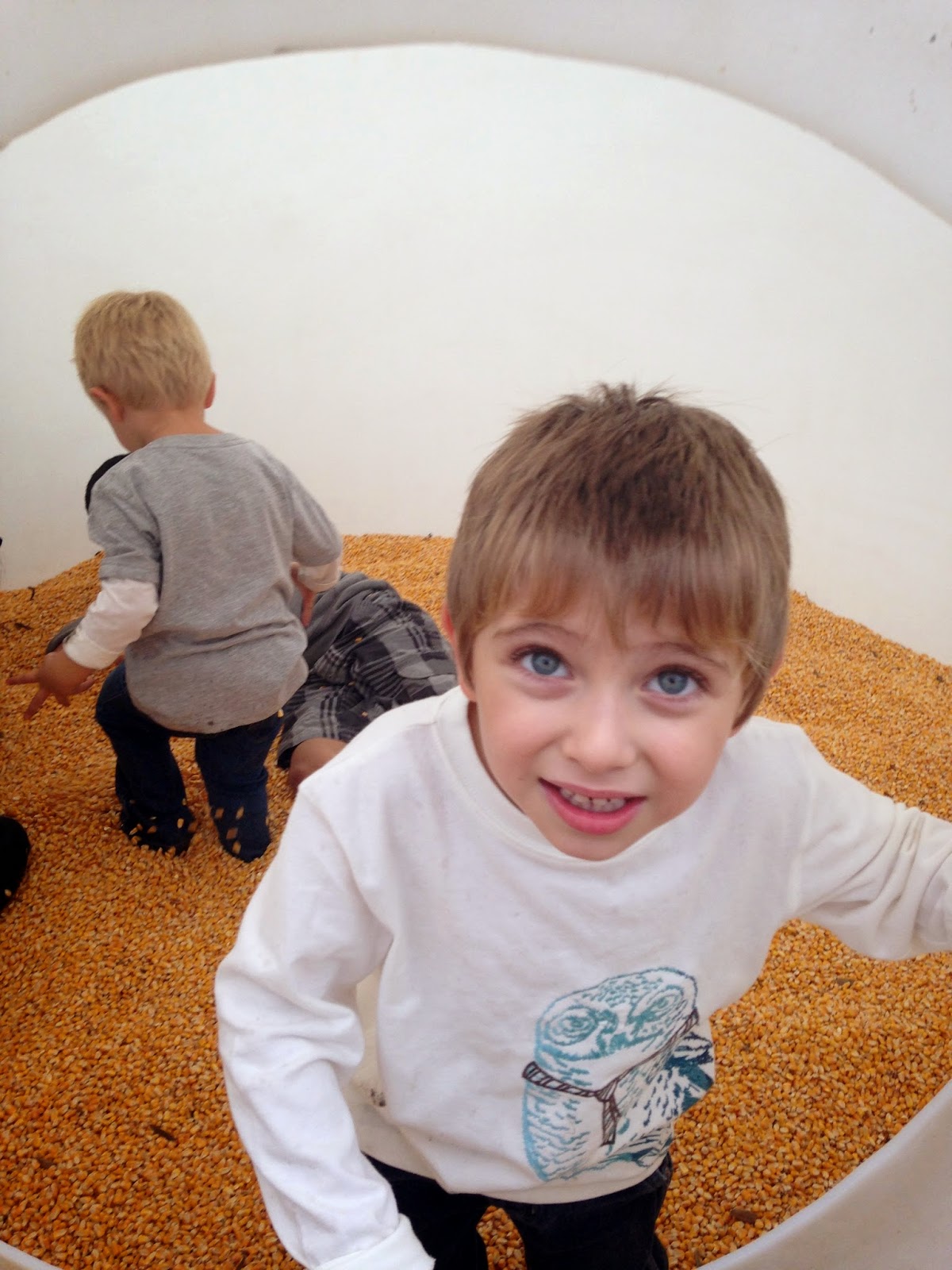 Here's Nick at the door to one of the corn bins. It's as if he's saying, "What, you want me to come out? No thanks, I'd rather live here!" 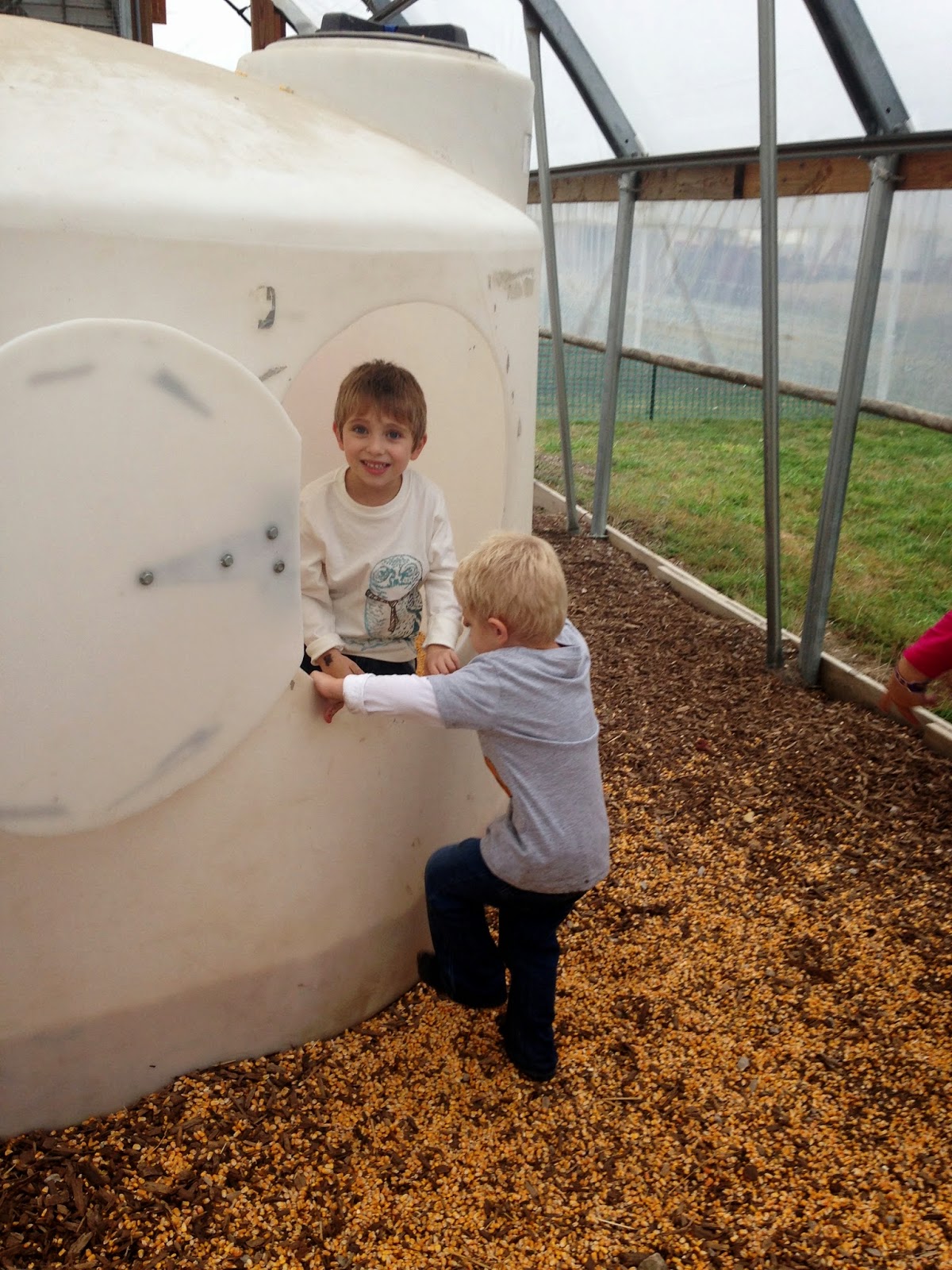 I'm not sure why all pumpkin farms don't have a corn bin. It's a great moneymaker and it seems like it'd be hardly any work. Plus, the kids get such joy out of the whole experience. 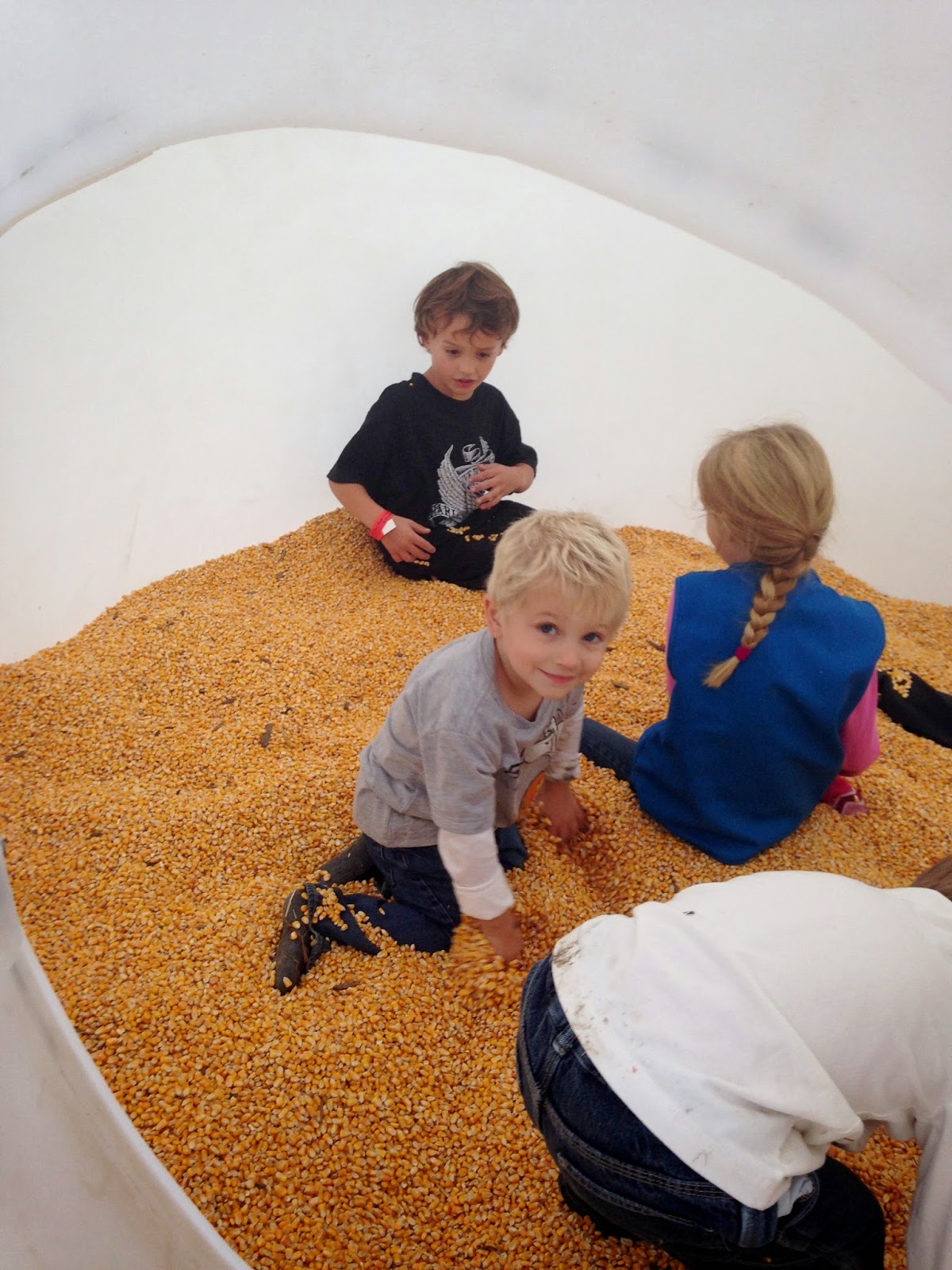