This year, we celebrated by going to see fireworks in Plainfield. I did the matching shirt thing this year, though I don't think Greg approved. 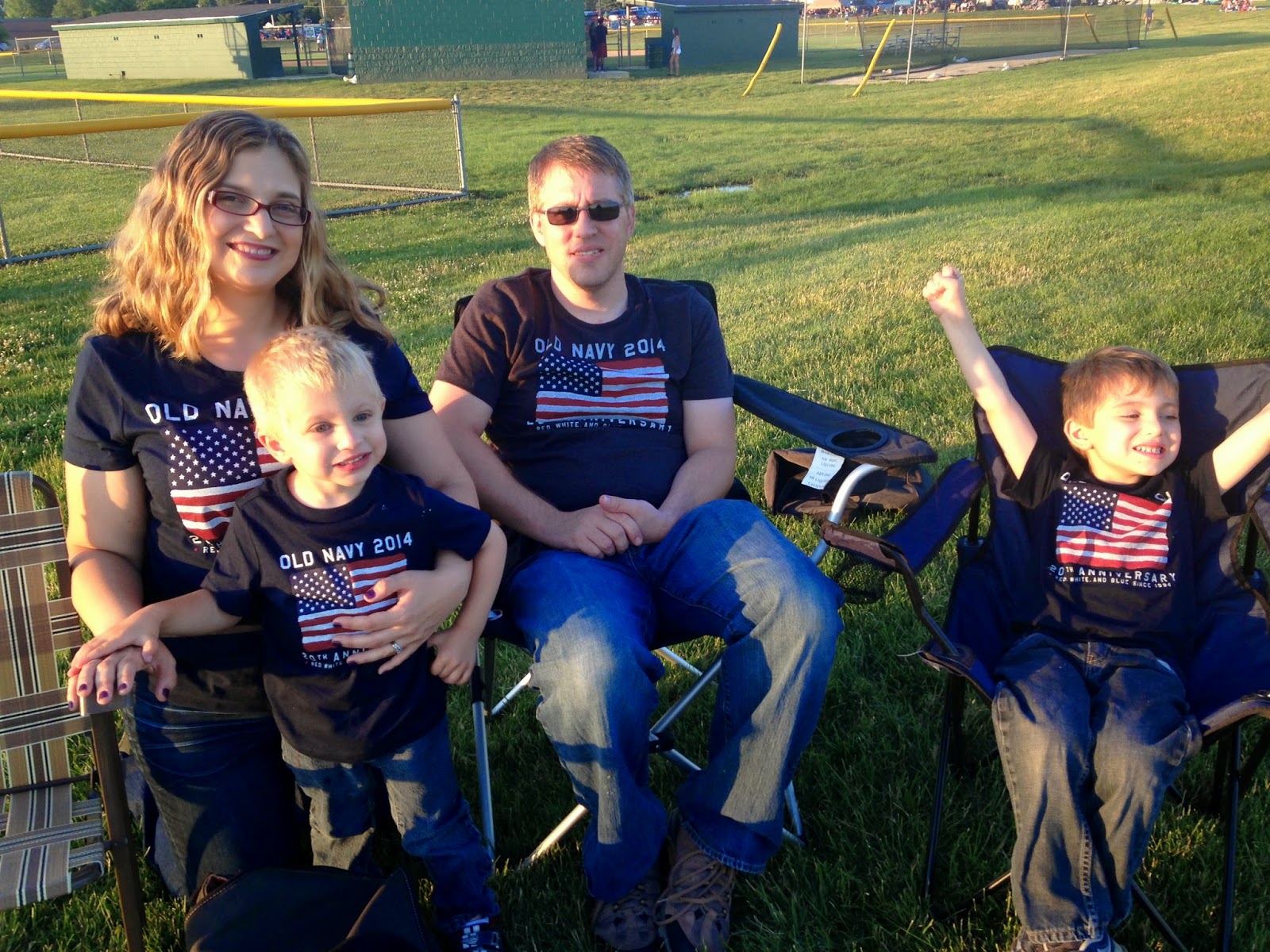 Grandma Toni joined us for the evening. We started out by having dinner in Downtown Plainfield, at a place called Hop Scotch and Vine. 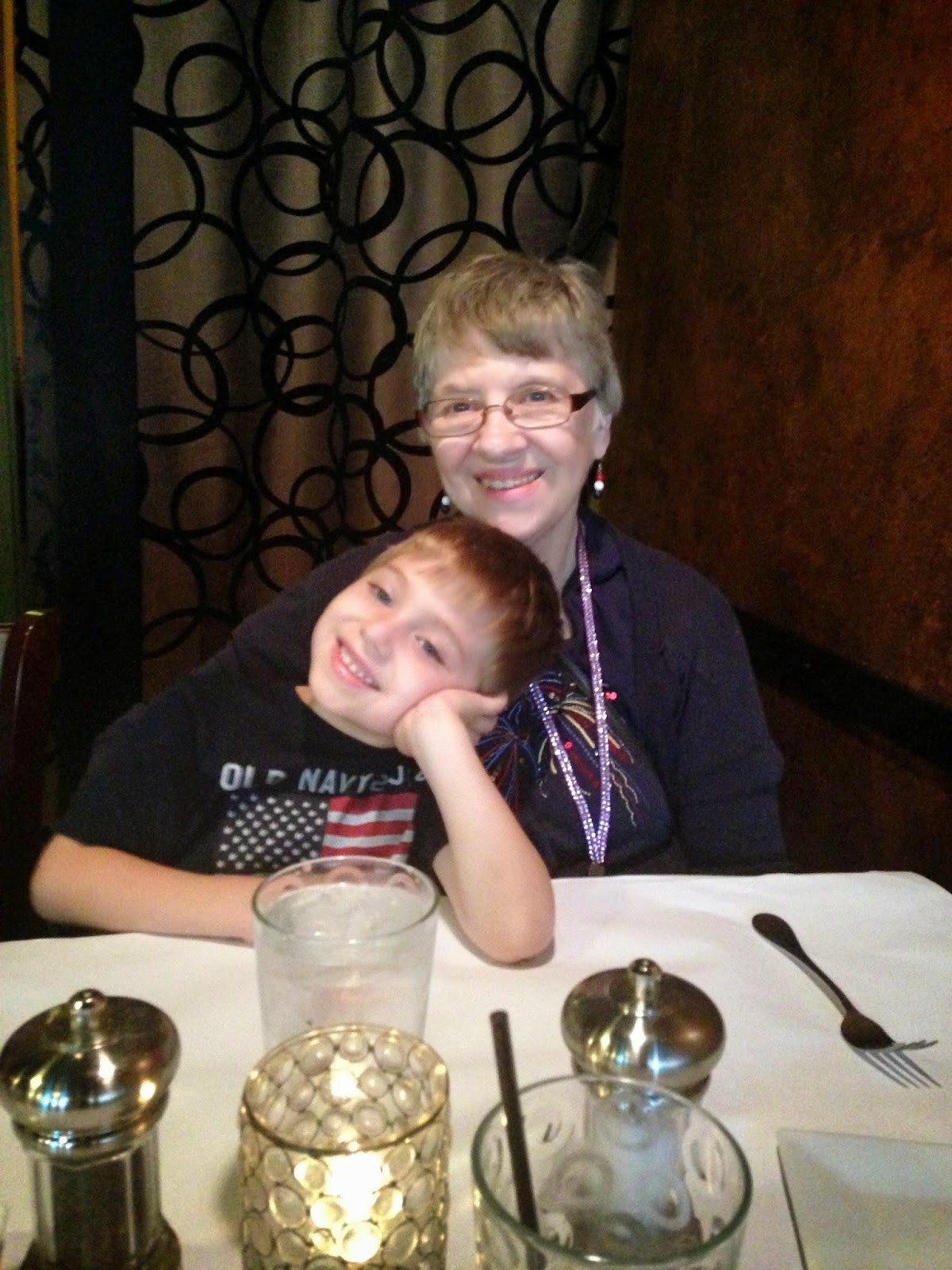 The soft pretzels were pretty yummy, and the elderly folks (drinking huge glasses of wine) sitting at the table next to us were way louder than the kids. I hope I'm that jolly if I make it to a ripe old age. 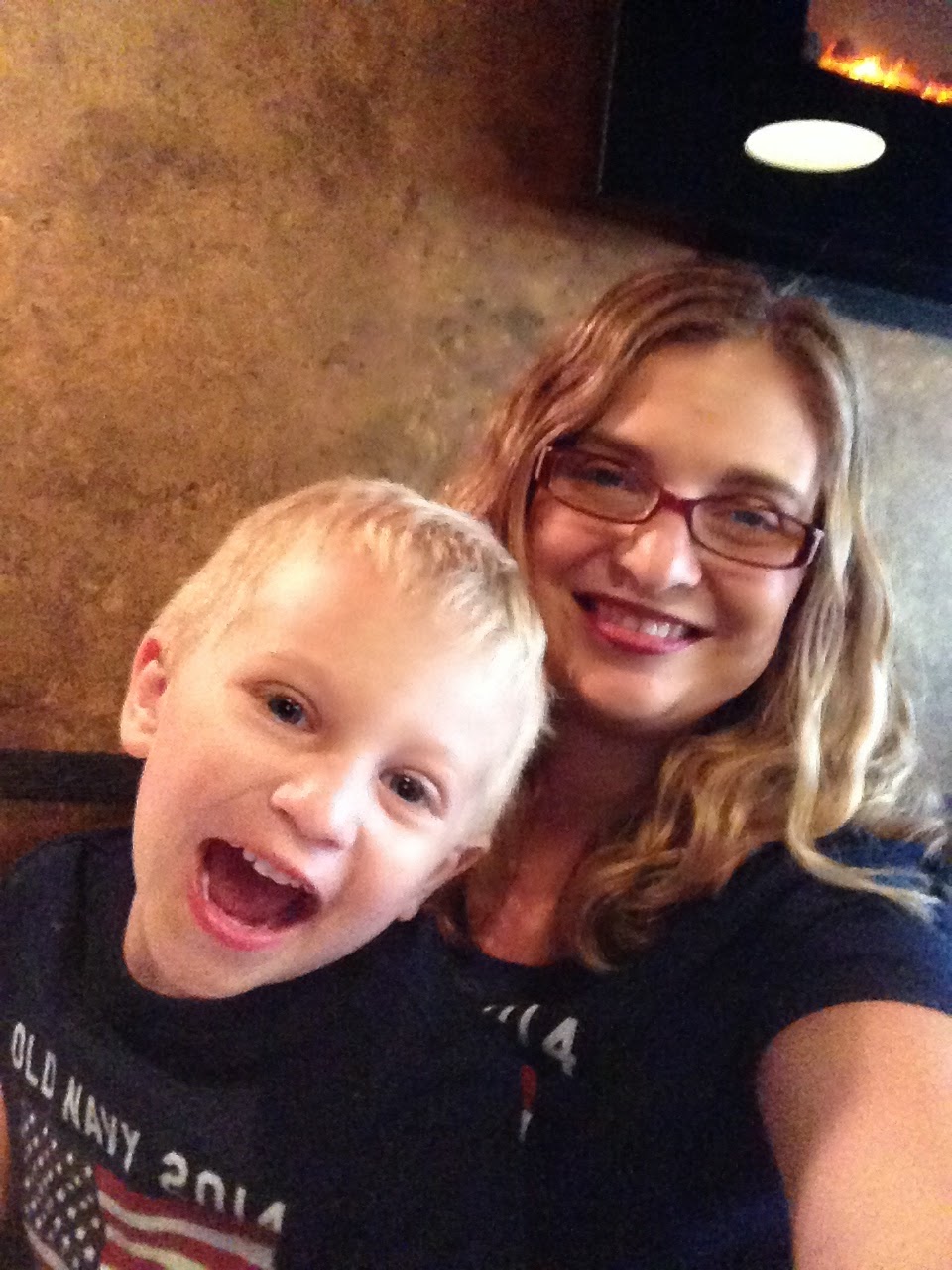 Henry is getting more into the spirit of pictures lately, and actually smiling. So is Greg. Can you tell he loves that t-shirt I made him wear? 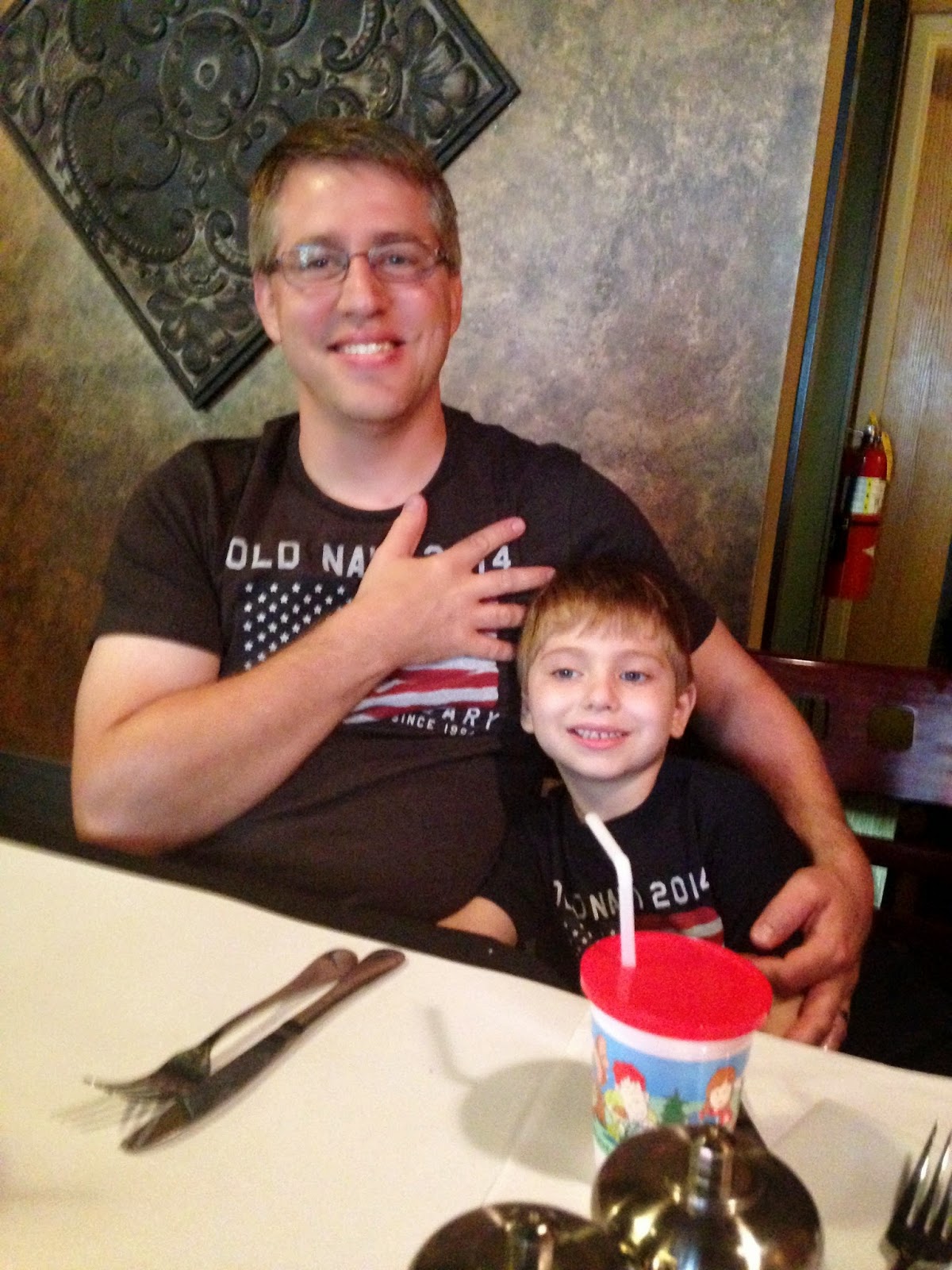 After dinner, we walked out to the high school to claim a fireworks-watching spot. Henry was thrilled about the prospect of fireworks. 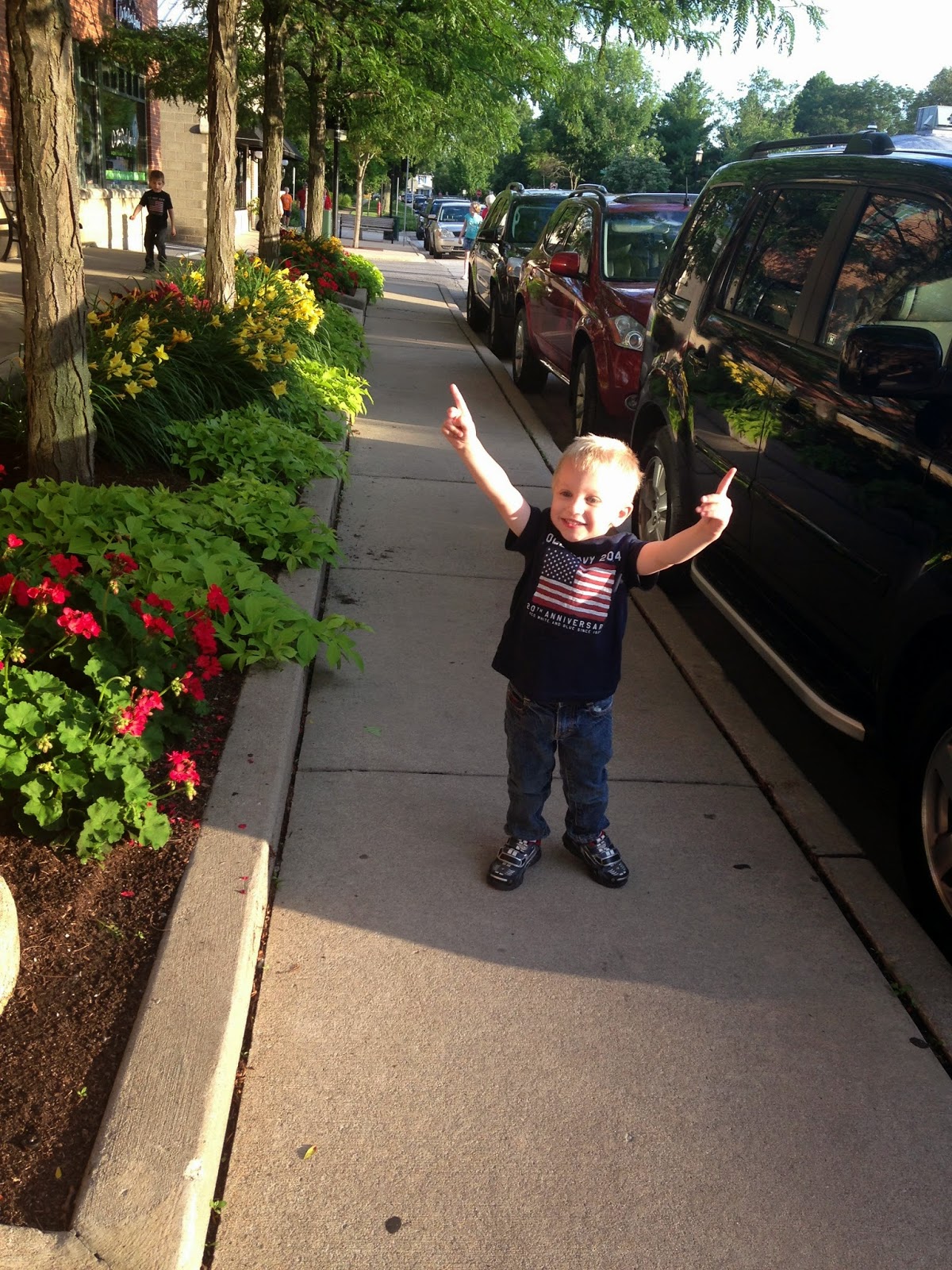 I found a Groupon a couple of days ago for a place called Nothing Bundt Cakes. They sell the yummiest miniature bundt cakes, and I brought some with us for dessert. 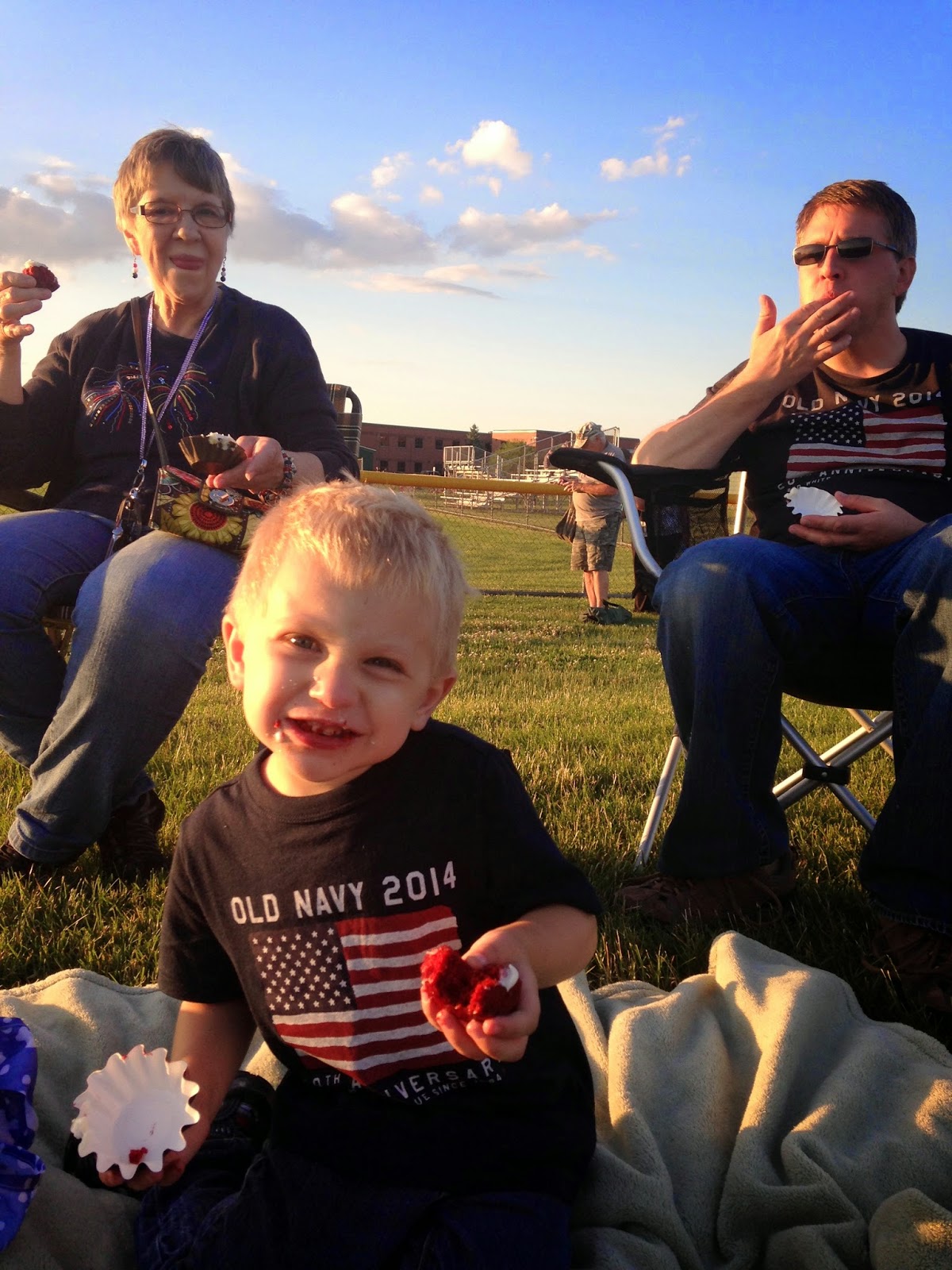 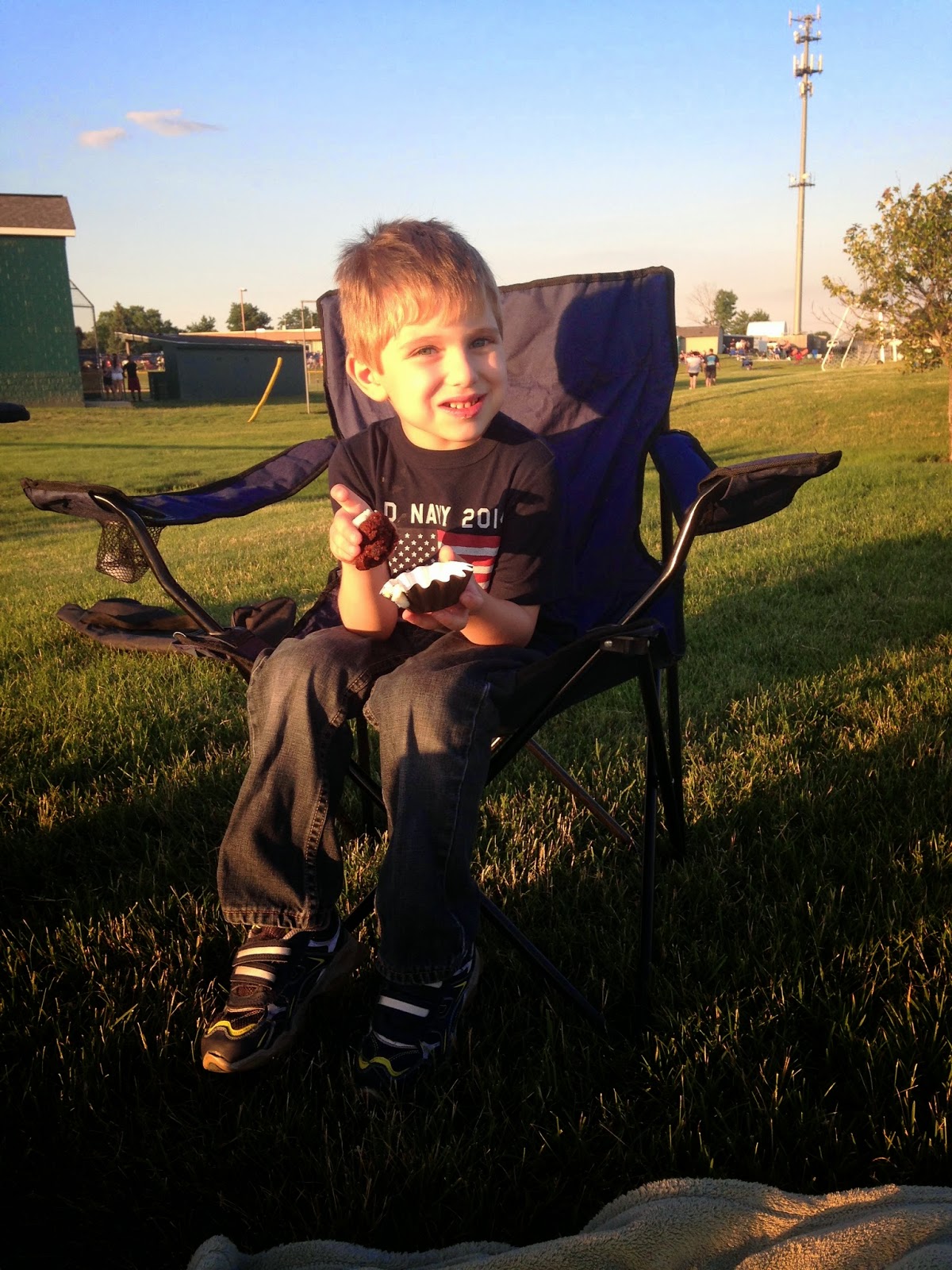 When we got down to the high school field, we found a "touch-a-truck" event where the kids could sit in and climb on ambulances, police cars, construction vehicles, and firetrucks. 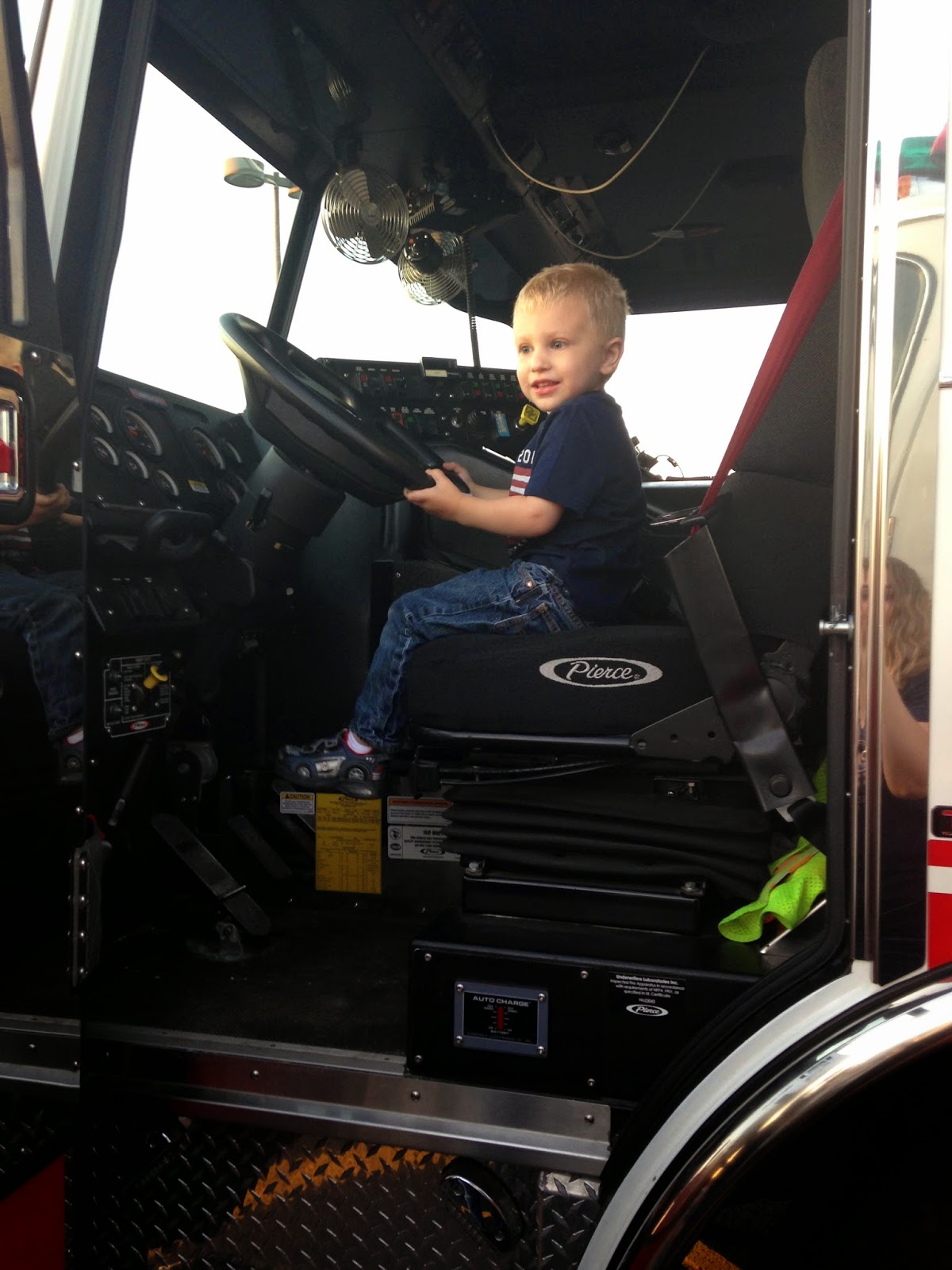 Nicholas loved this bus, as evidenced by his excited cheers and shrieks. 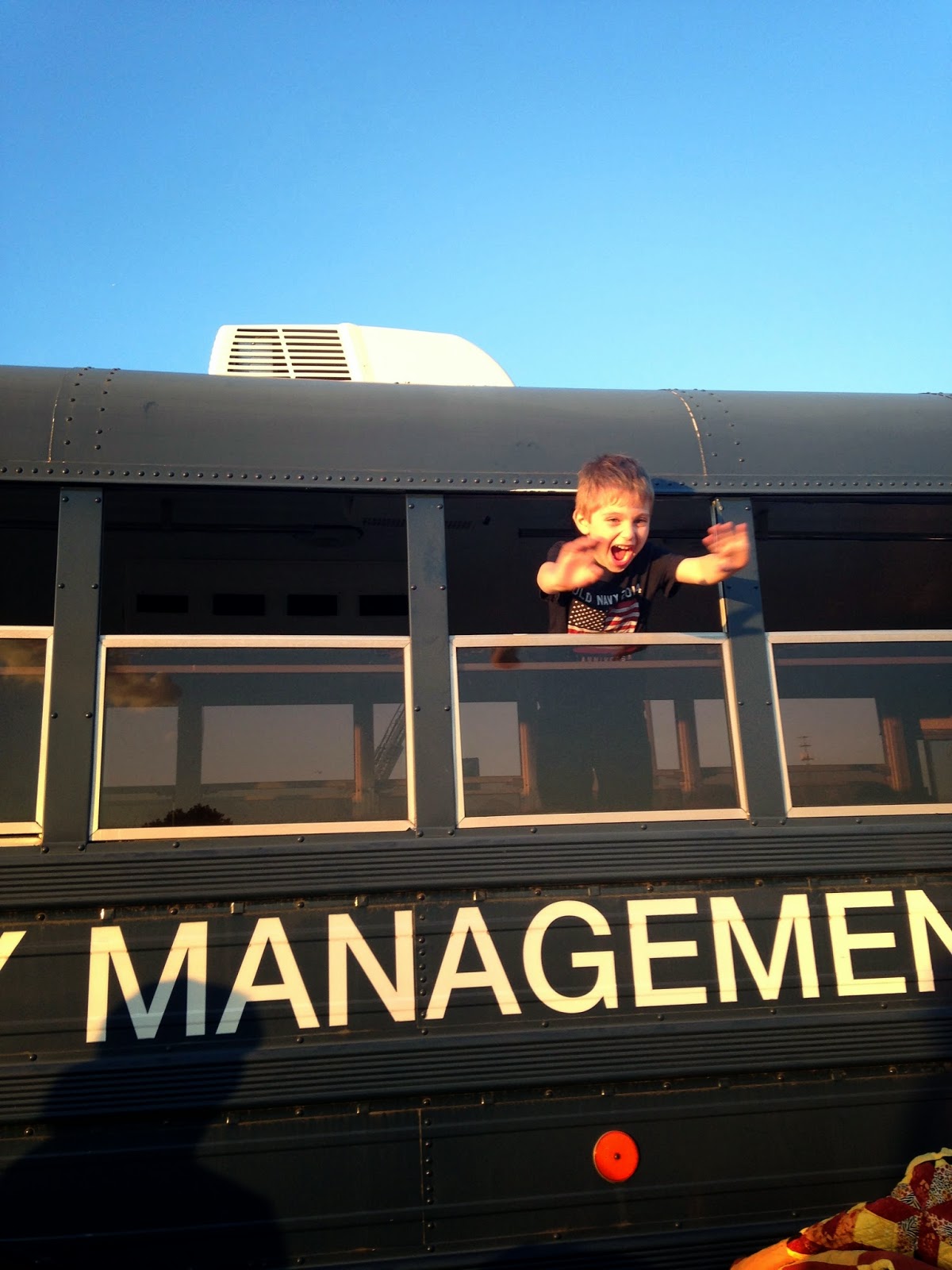 Nick and Henry tried the door to every unoccupied vehicle they could find. I am still not sure if they were supposed to be sitting inside this police car. 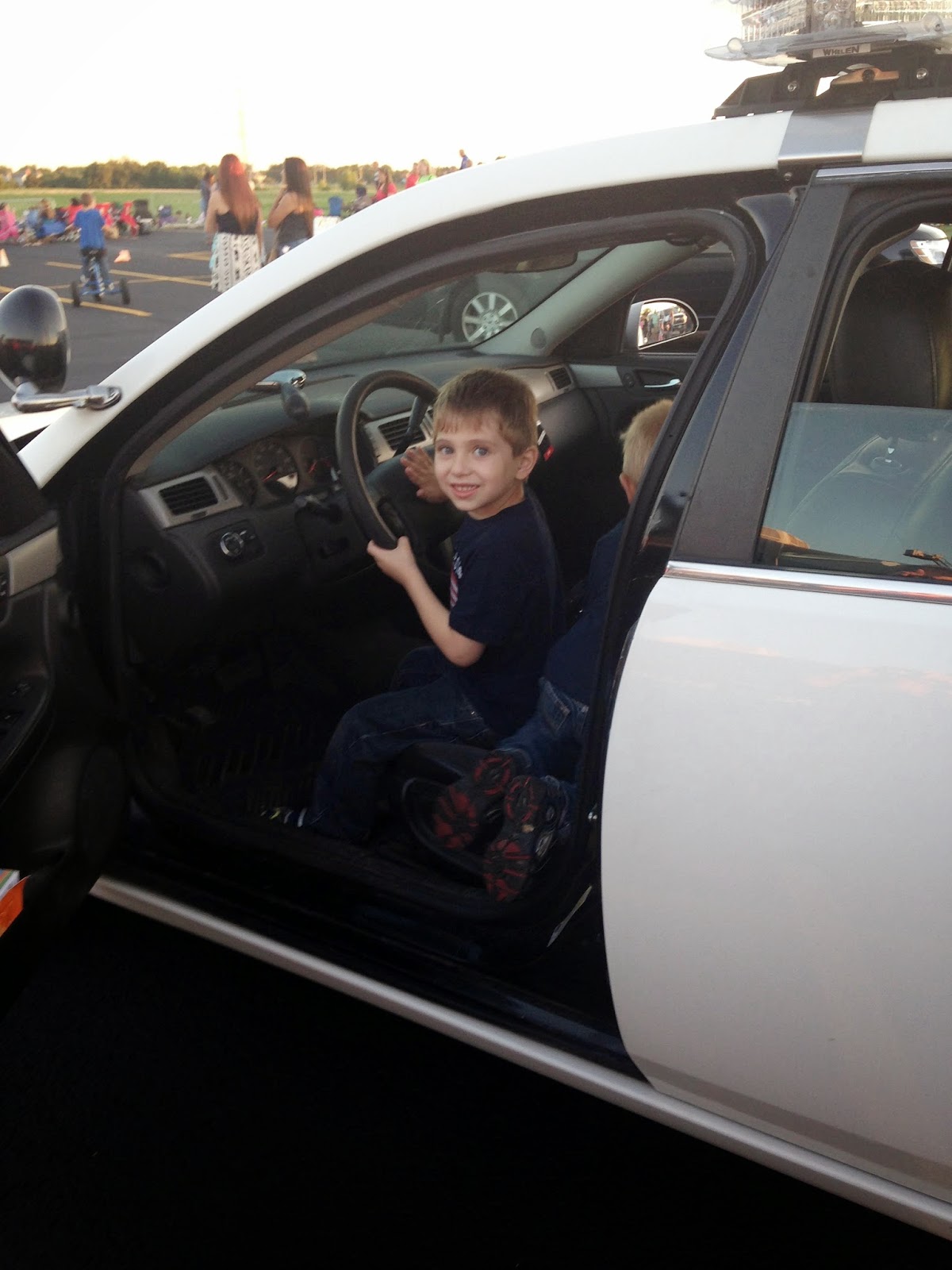 They especially liked this construction vehicle. 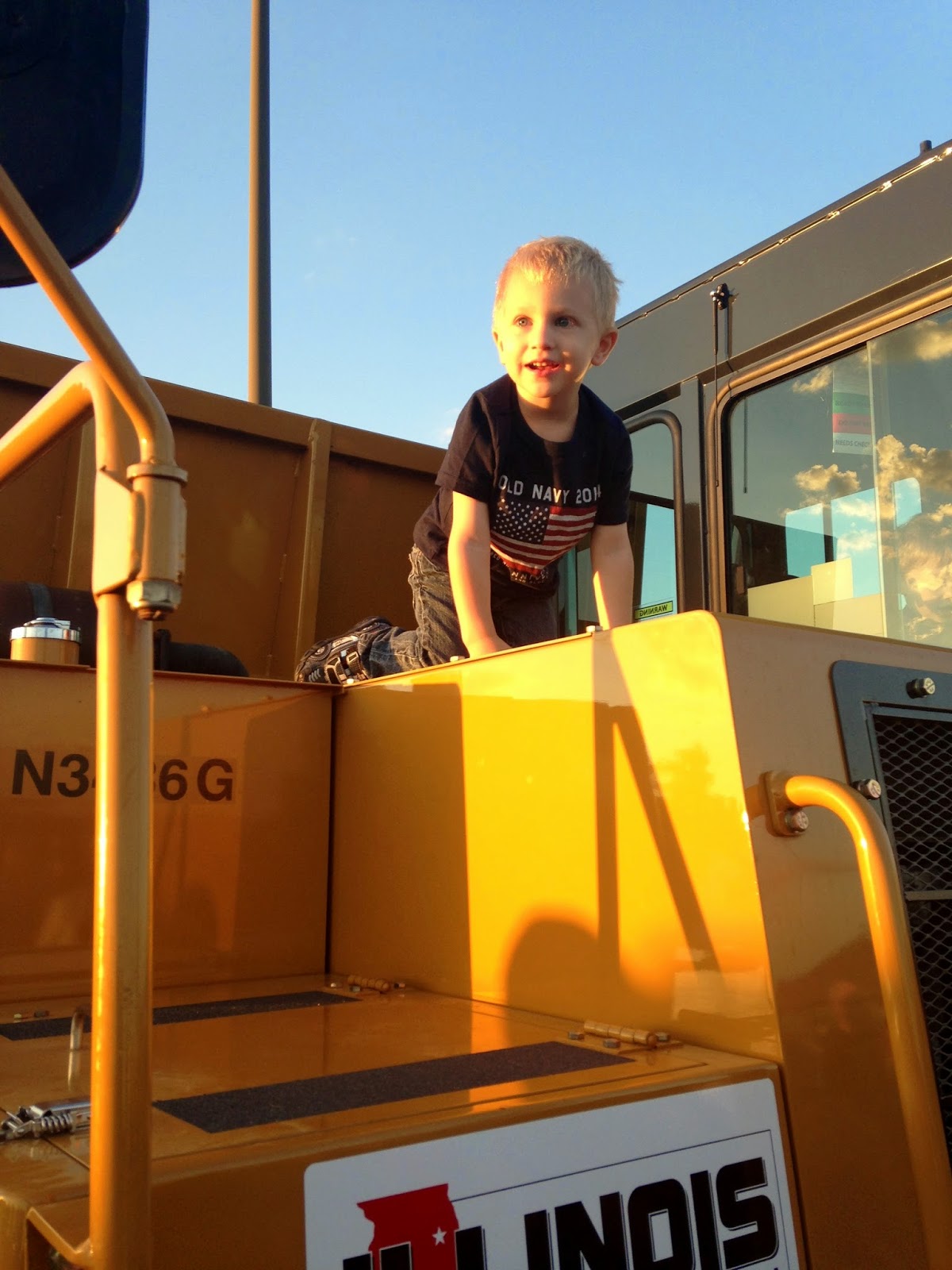 Nick even did a happy dance while he was up there. 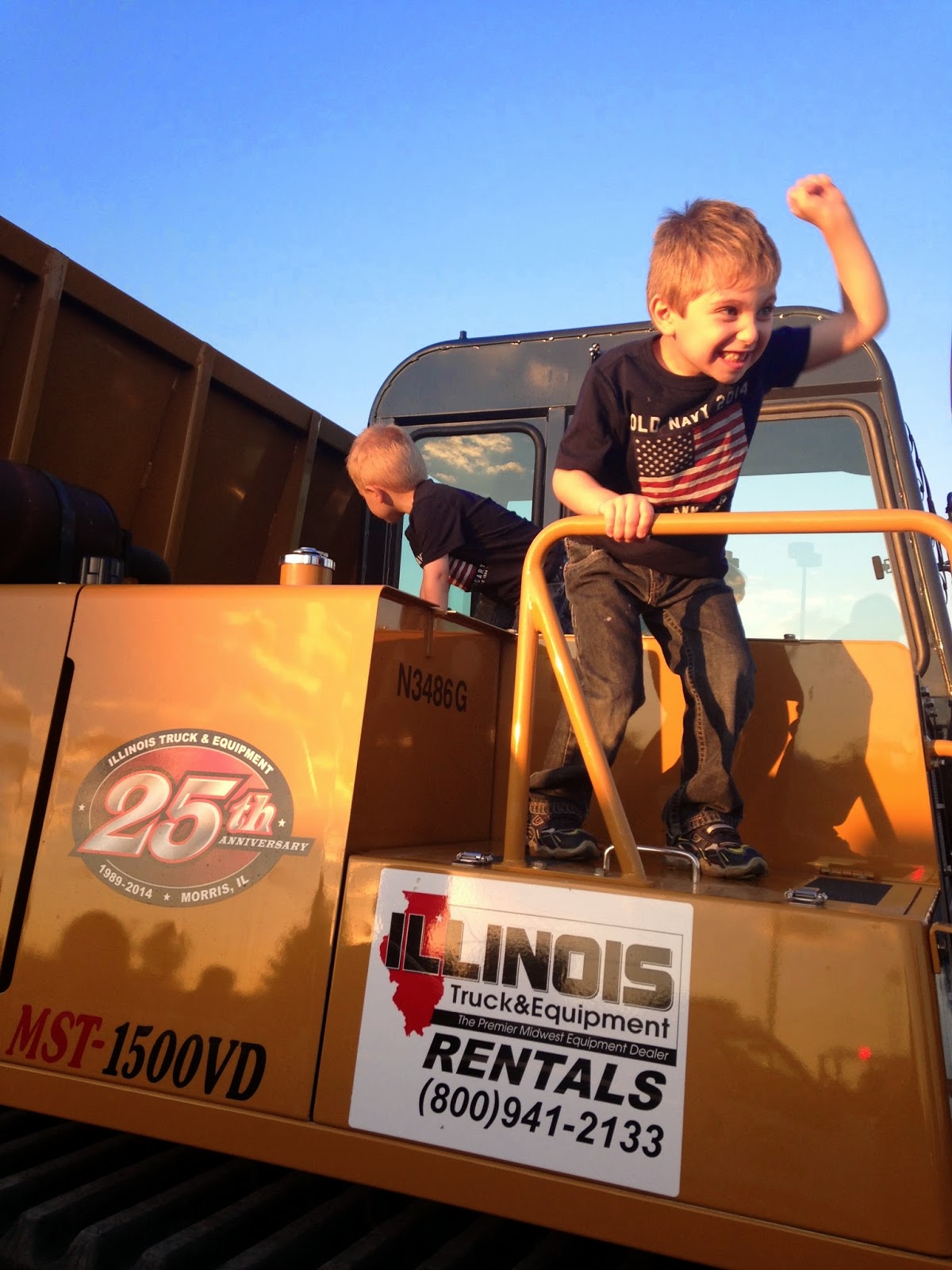 He was happy, in fact, until it was time to get down. Then he got really scared. I guess it was a little high up. 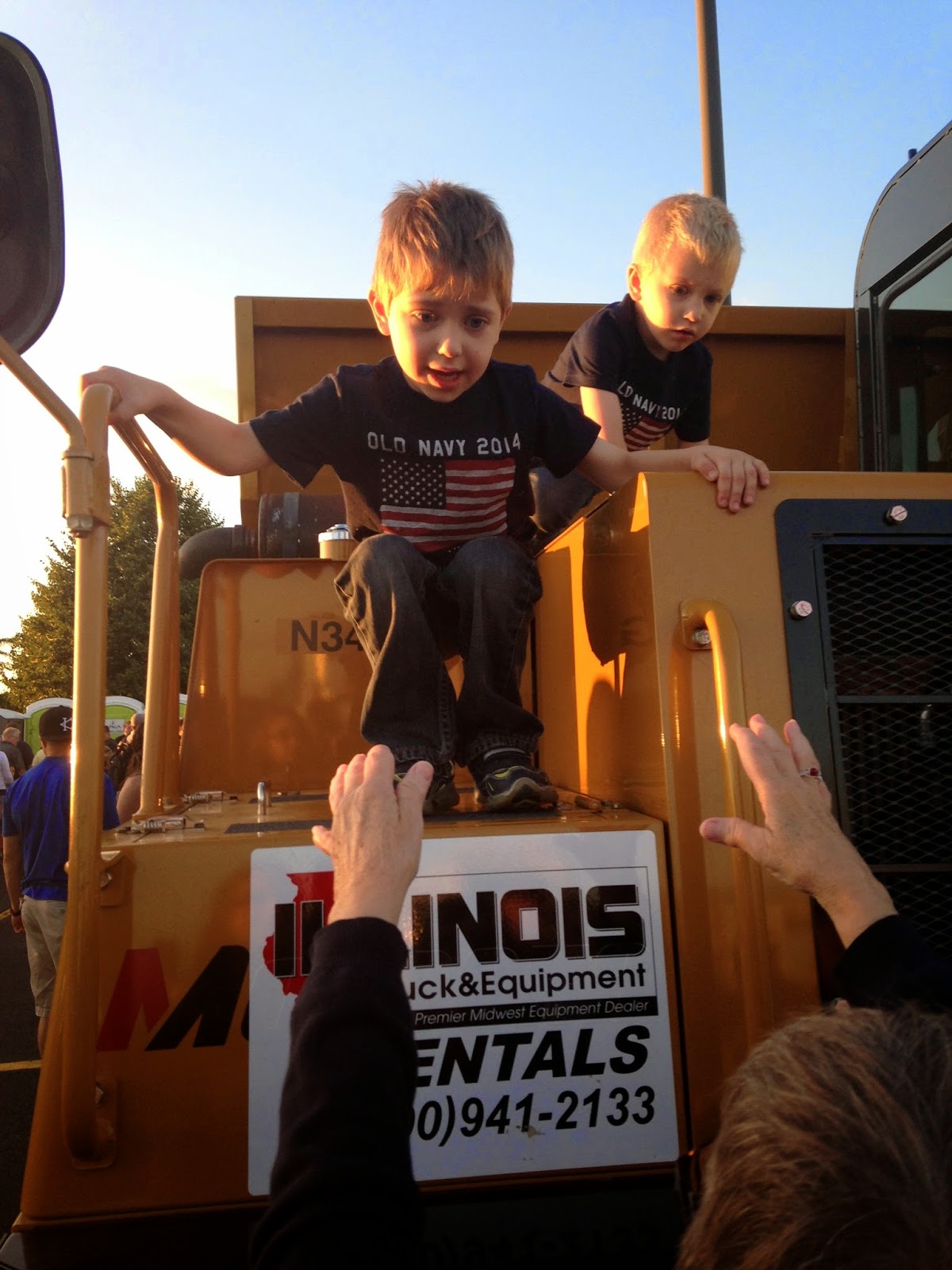 When it started to get dark, I was very glad I'd remembered to pick up some $2 glow sticks at the Five Below. All of the glowing toys they were selling were super-expensive. 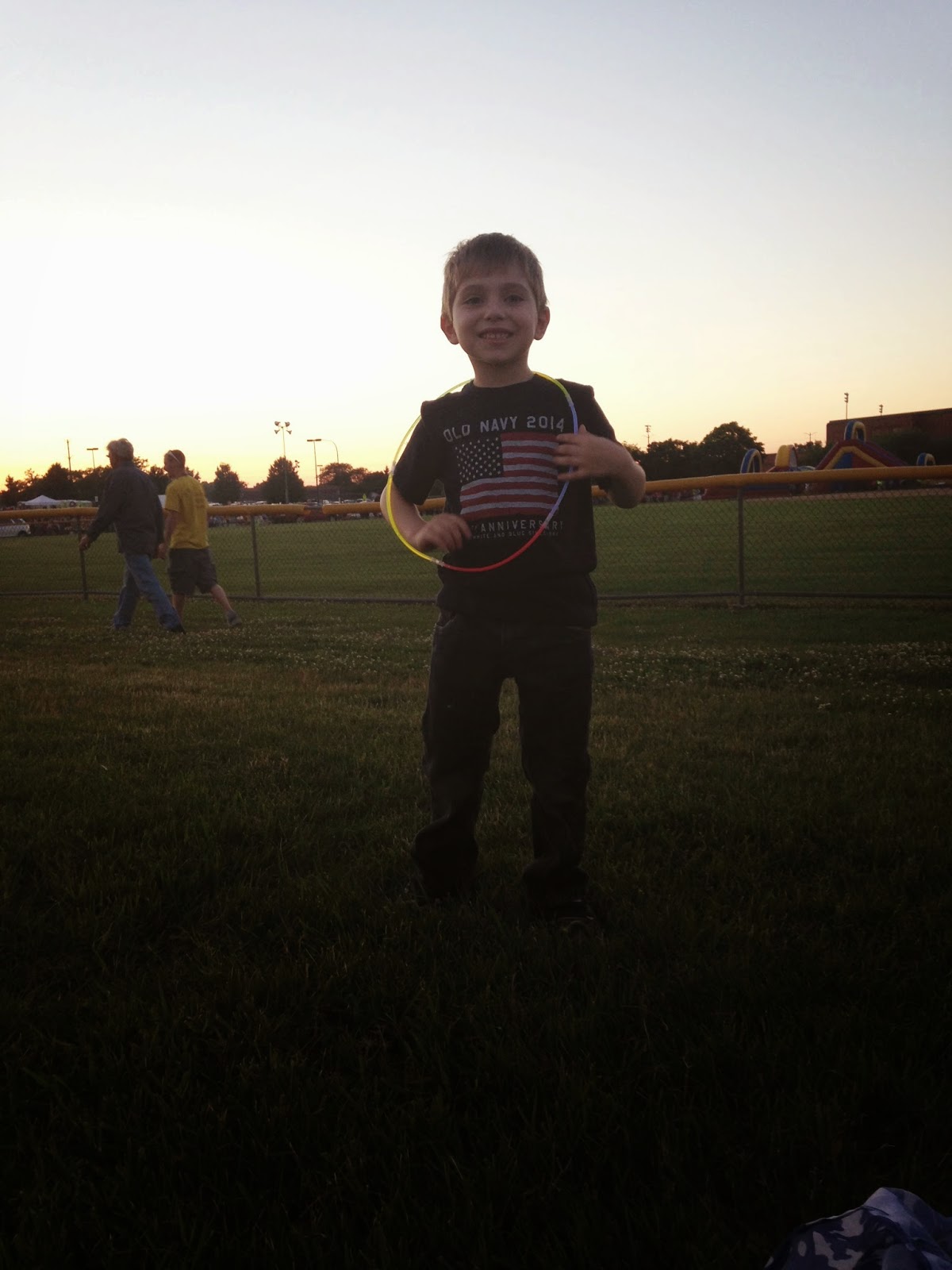 The fireworks were really neat, but we didn't get home until nearly 11 o'clock. Something about that big of a crowd results in a traffic jam like no other.  It was fun, though, and the boys got to stay up WAY past their bedtime. 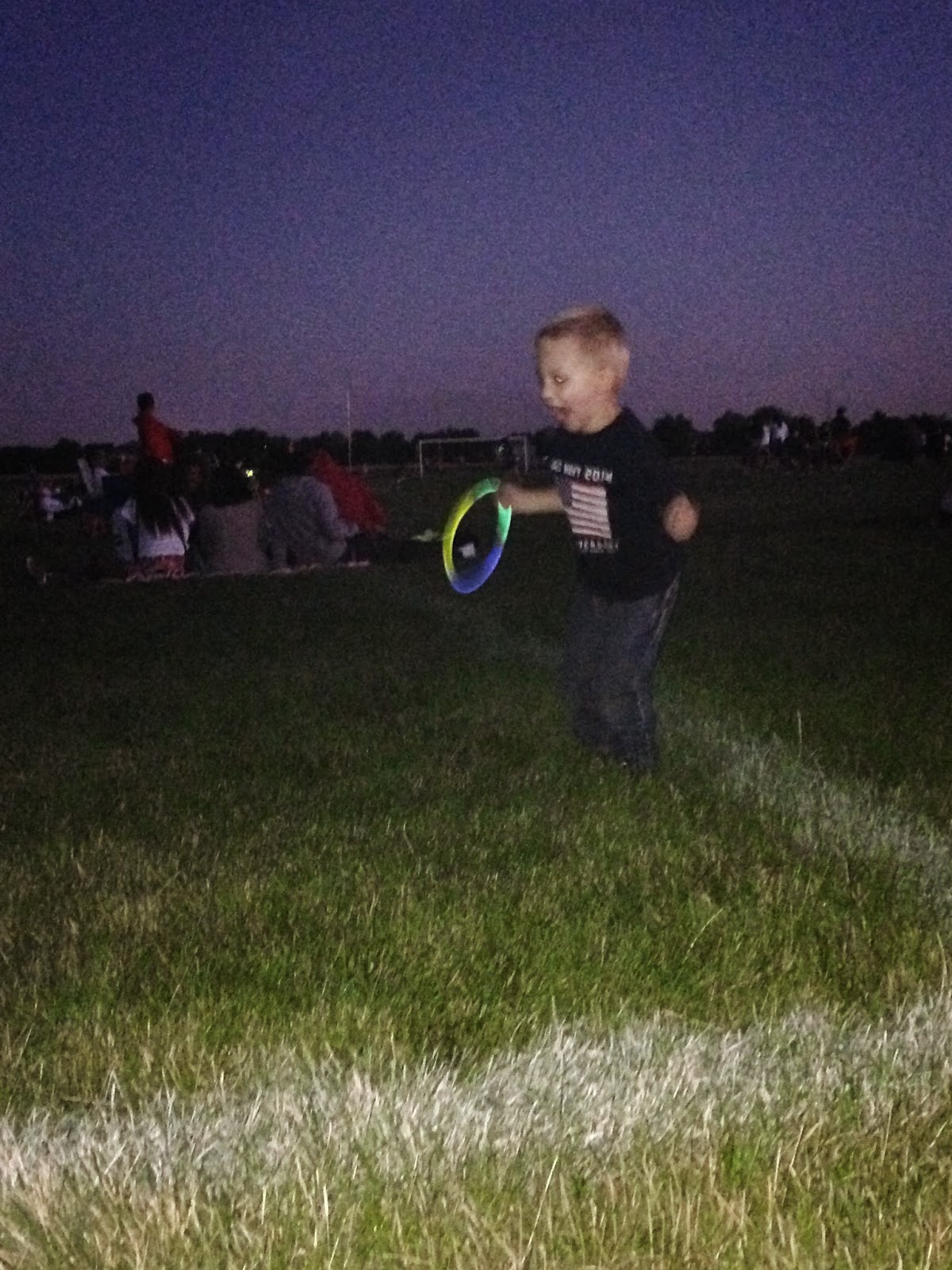