Getting Ready for Henry's Birthday Party!

This year, Henry was old enough to help us get ready for his birthday party. It's a lot of work to get ready for a party, and the kids helped with just about every aspect this year. Henry got a real kick out of getting to pick out decorations and, of course, a birthday hat. 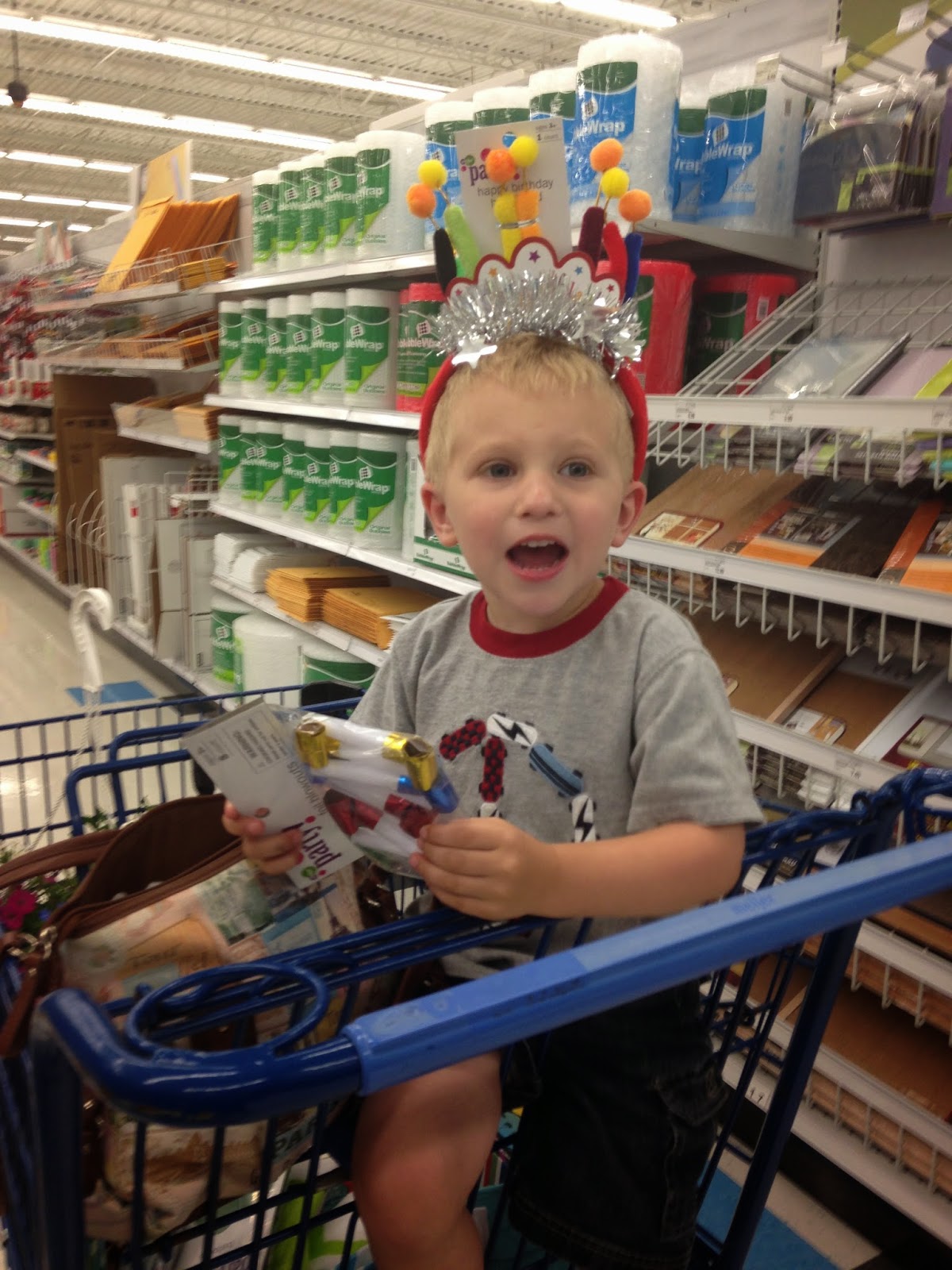 Even though his birthday was a few weeks ago, Henry seemed to understand that the party was for him because he turned three. Well, at least he understands the language of cupcakes.


Nick and Henry helped me pick out the cupcakes for the party. Note to self: Next year, get more chocolate. Those ones were the best. 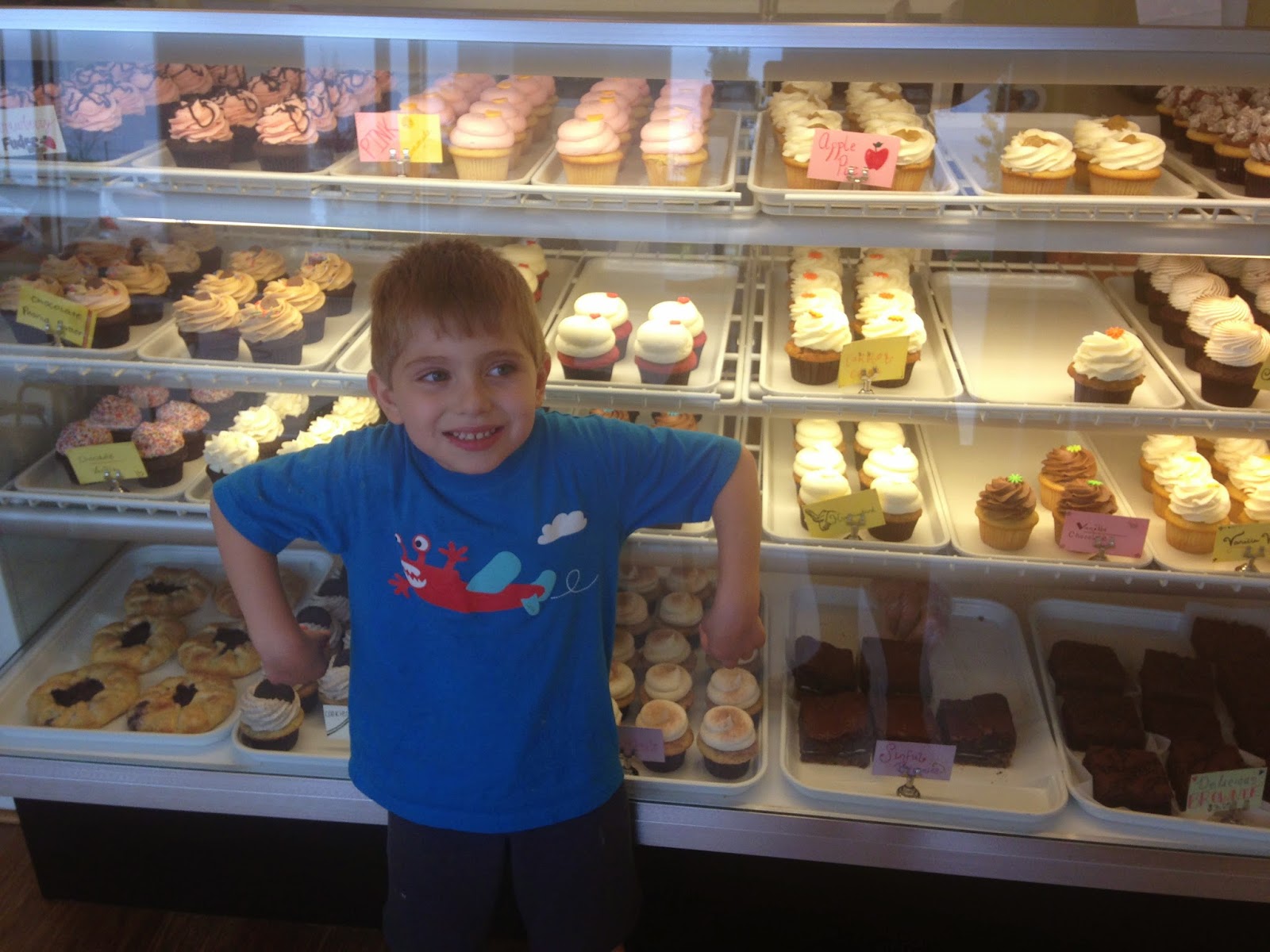 Henry had very particular requirements when it came to cupcakes. "All the cupcakes," he said. "I eat all the cupcakes." Well, then. He was satisfied with one, though he did eat the entire thing all by himself. 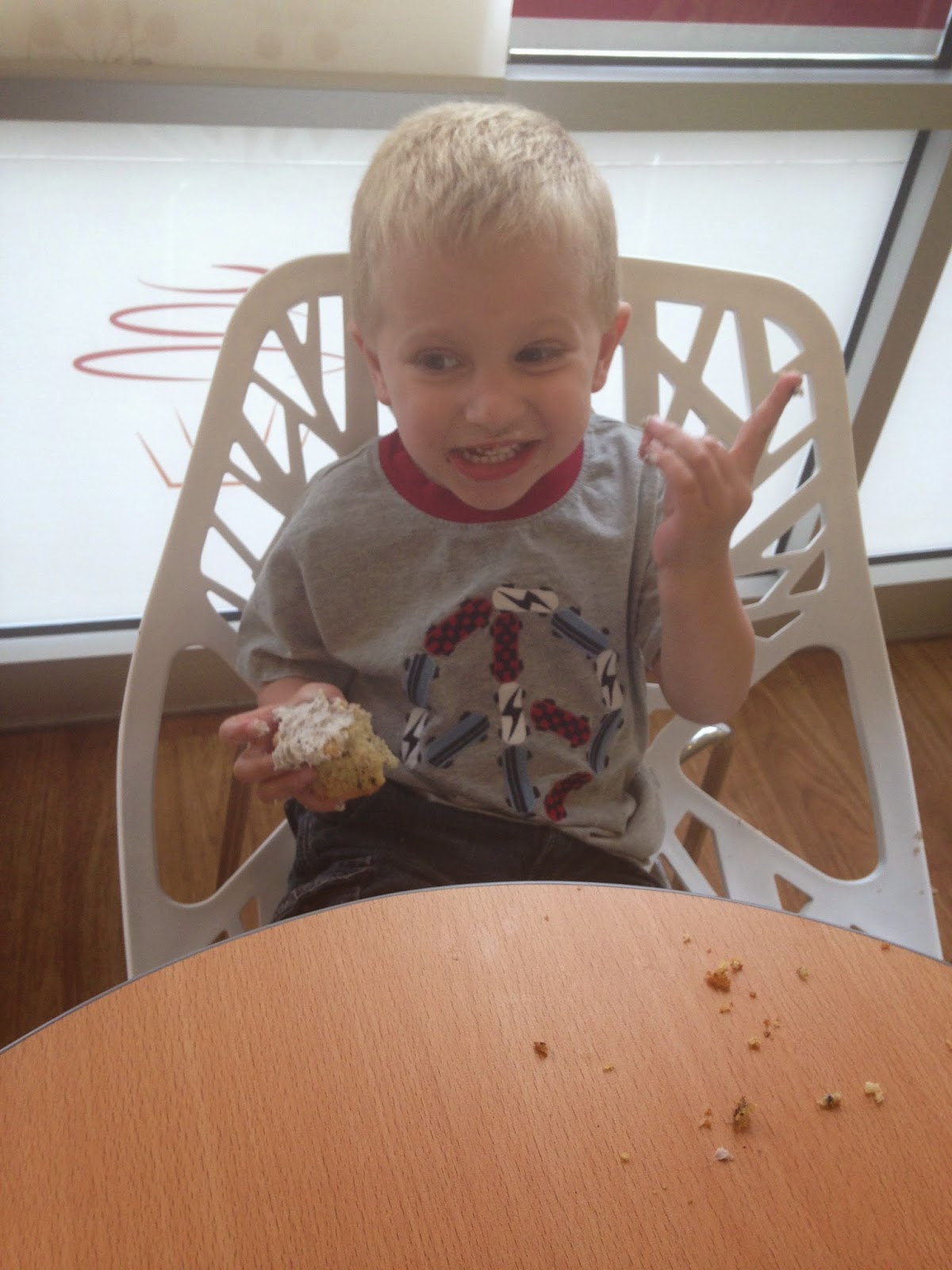 I let the boys help me decorate our windows with window markers, because this was a very classy party. The kind of party where children's drawings on the window are worthy of praise rather than a lecture. My part turned out kind of cheesy, but I thought Henry and Nick did a great job with the lower window. 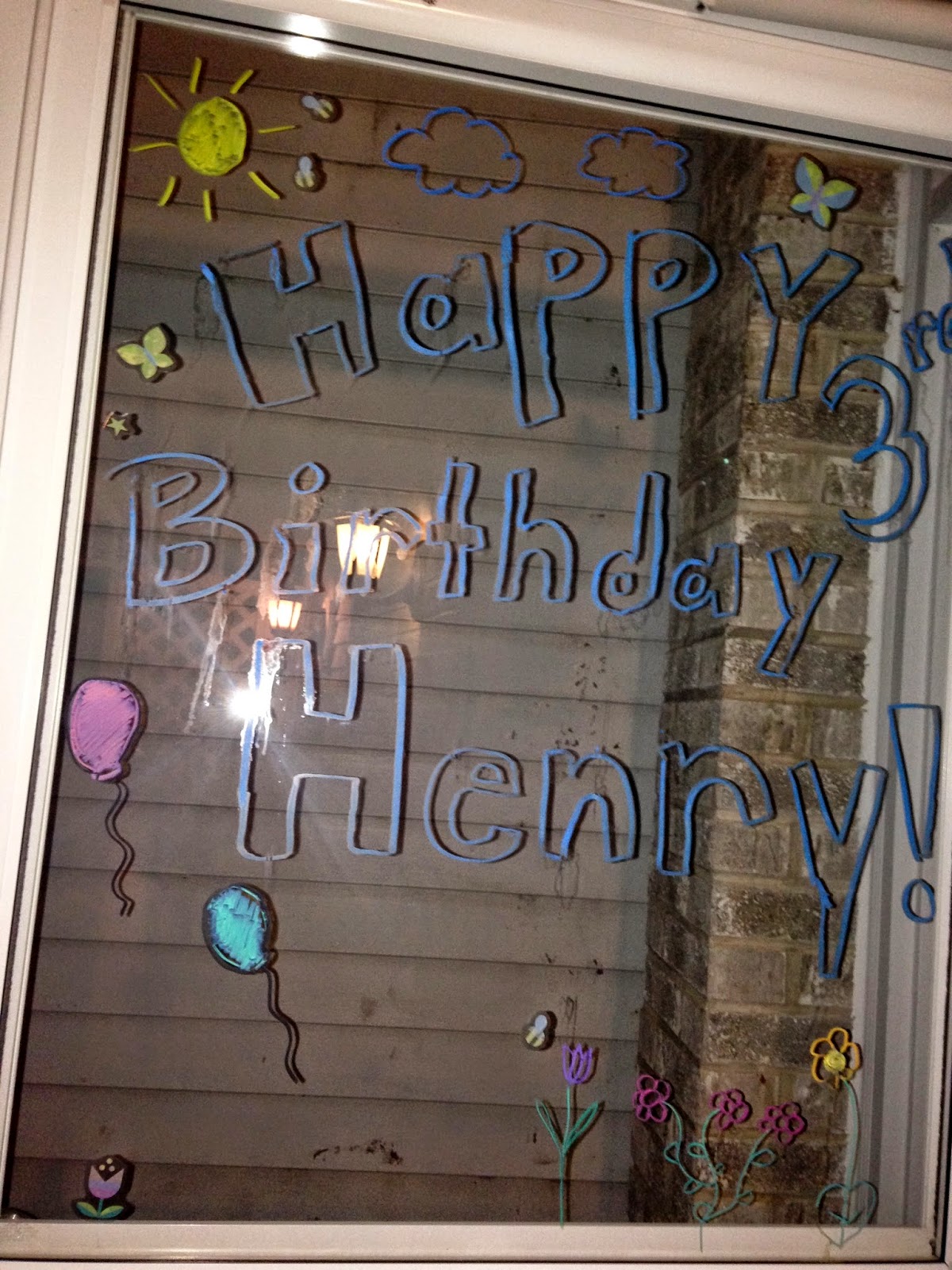 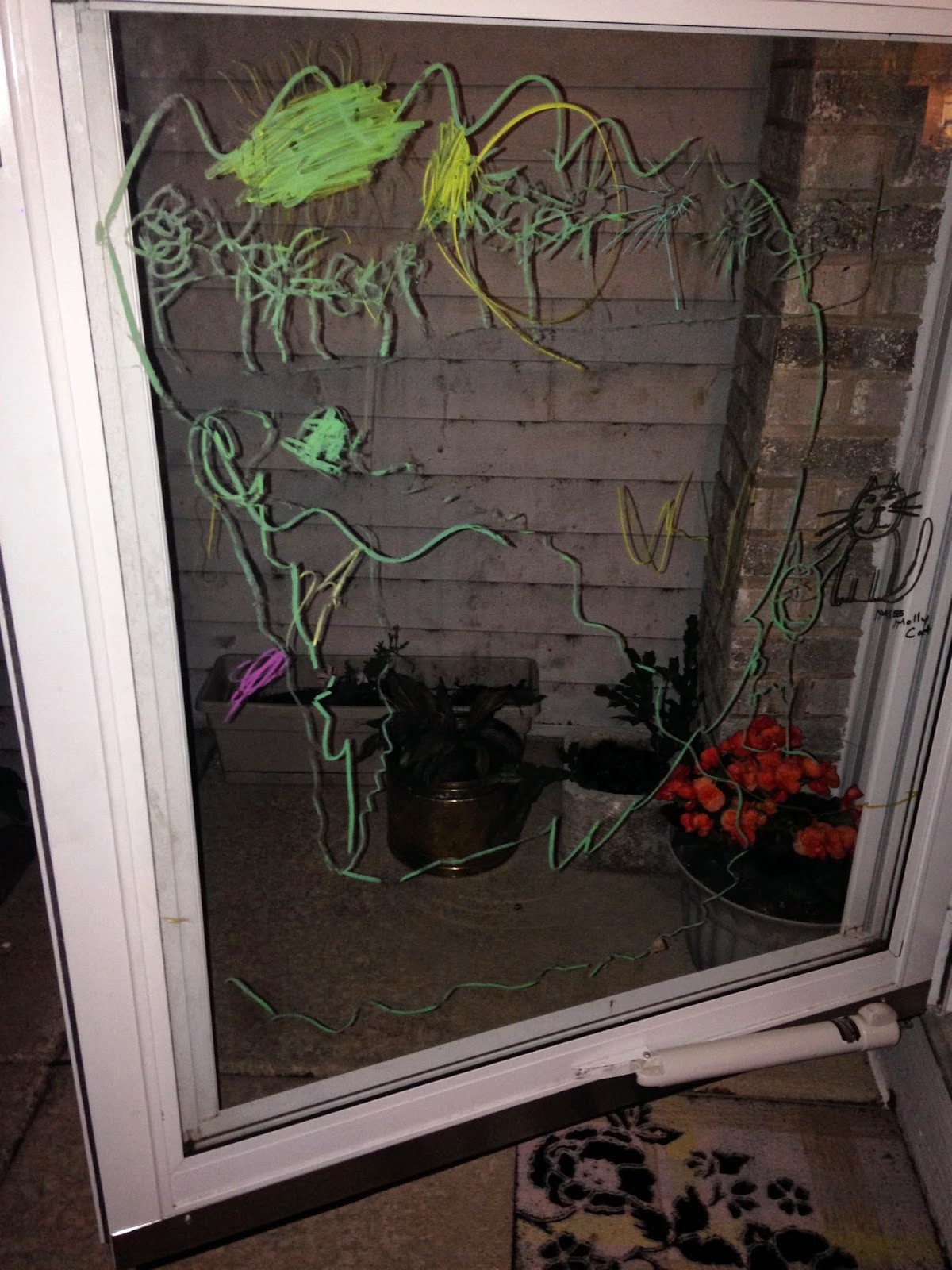 Nick did the flowers along the top of the bottom window, and Henry is responsible for the squiggles across the whole area. I drew the little cat, and Nick drew his own kitty next to mine. 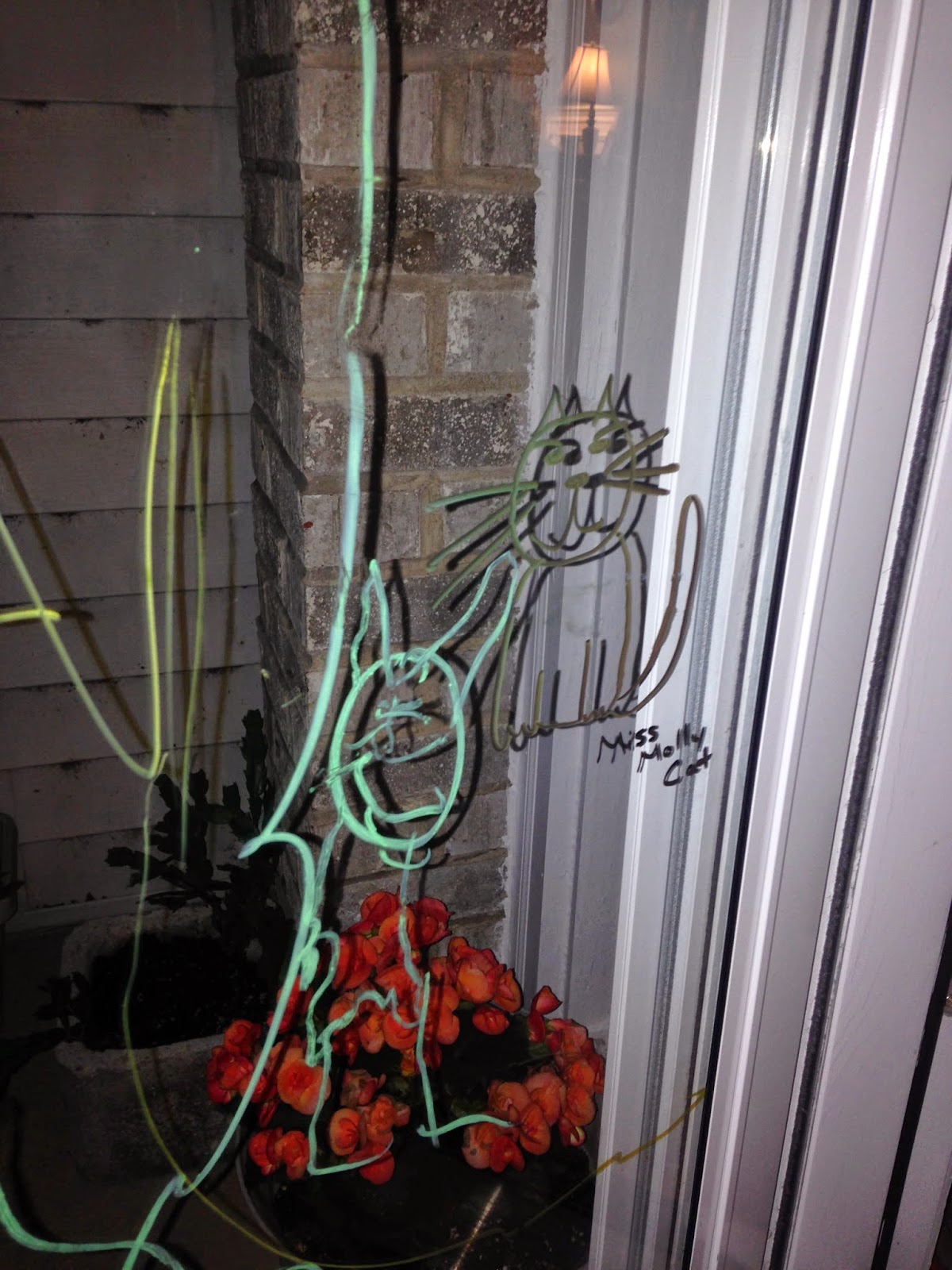 Did I mention the balloons? The boys had an excellent time helping me pick out balloons, but what they really liked was watching the lady at the Party City fill them up with helium. They didn't stop asking questions the whole time. 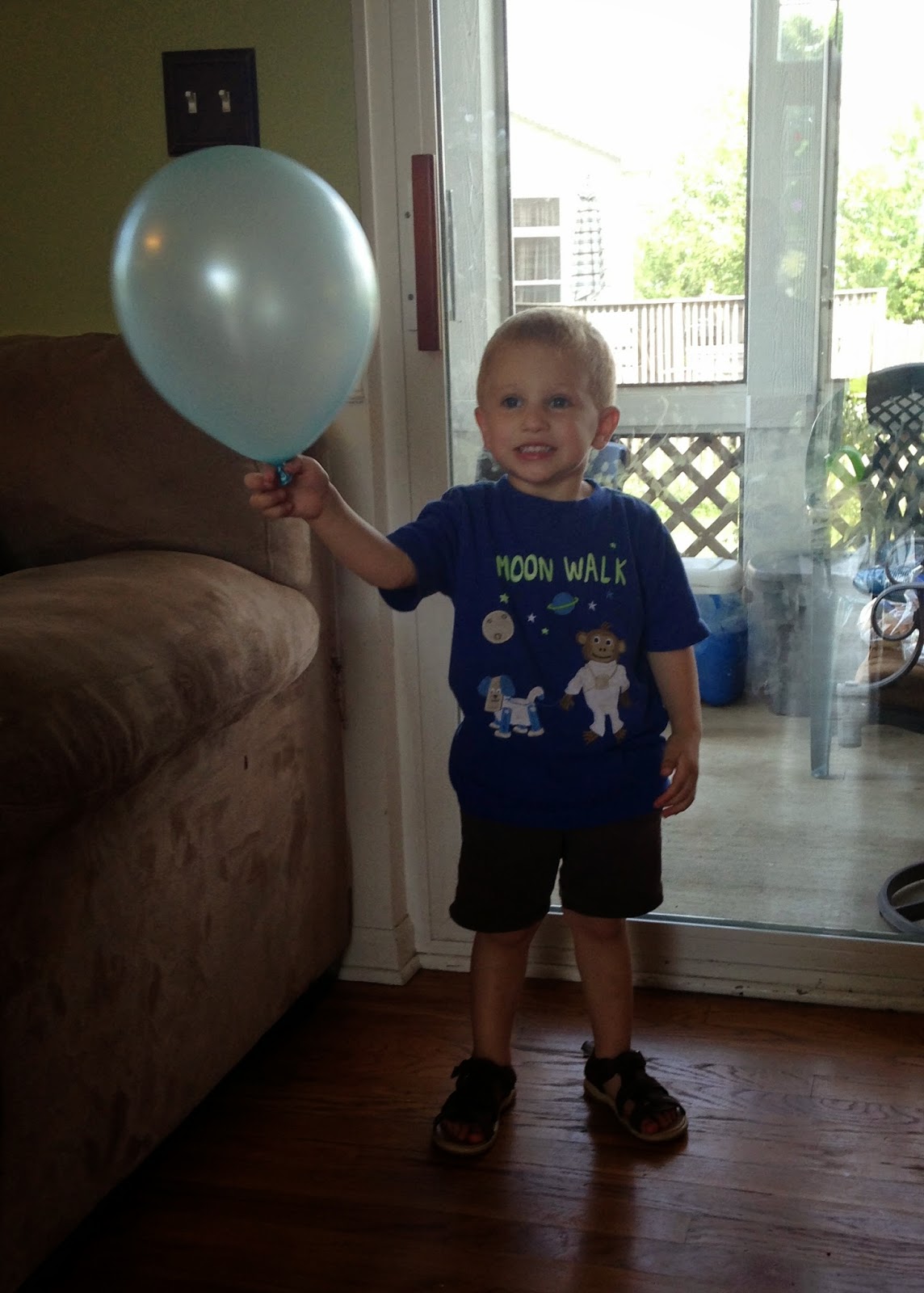 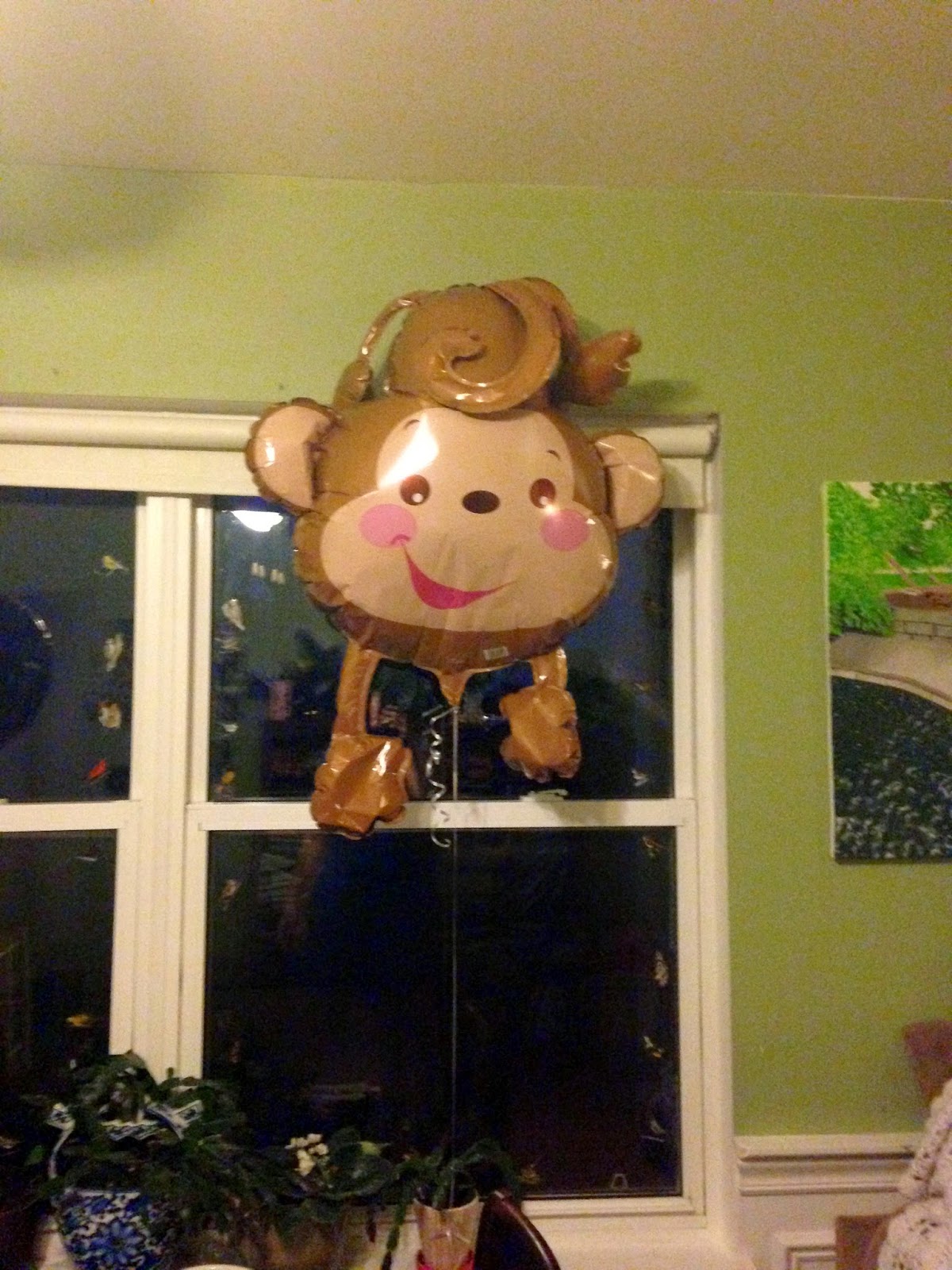 We hung decorations all over the house, and the boys either hung them themselves or told me where to put them. 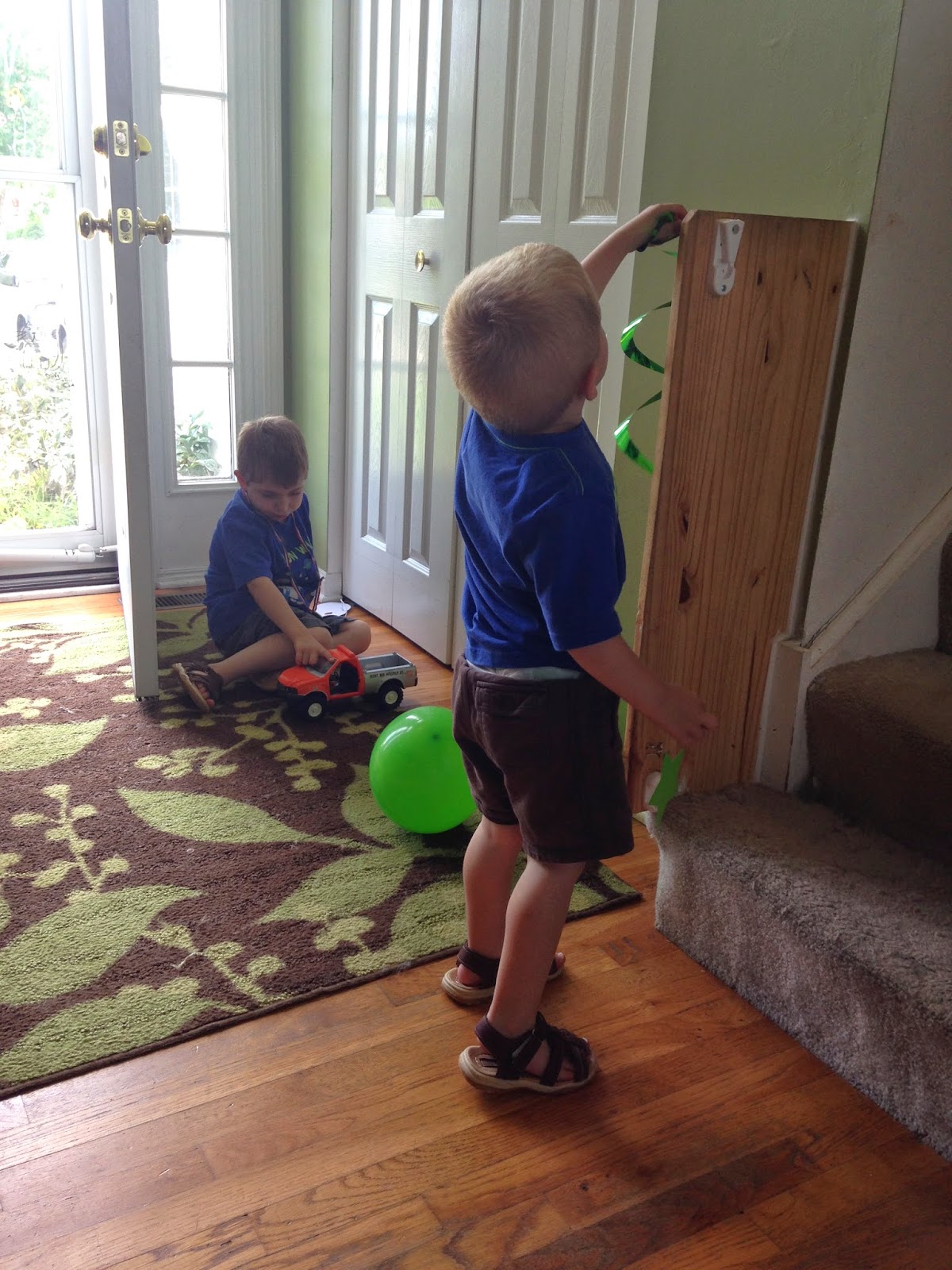 Henry even helped me clean the windows and baseboards. He can be such a good little helper (when he wants to be). 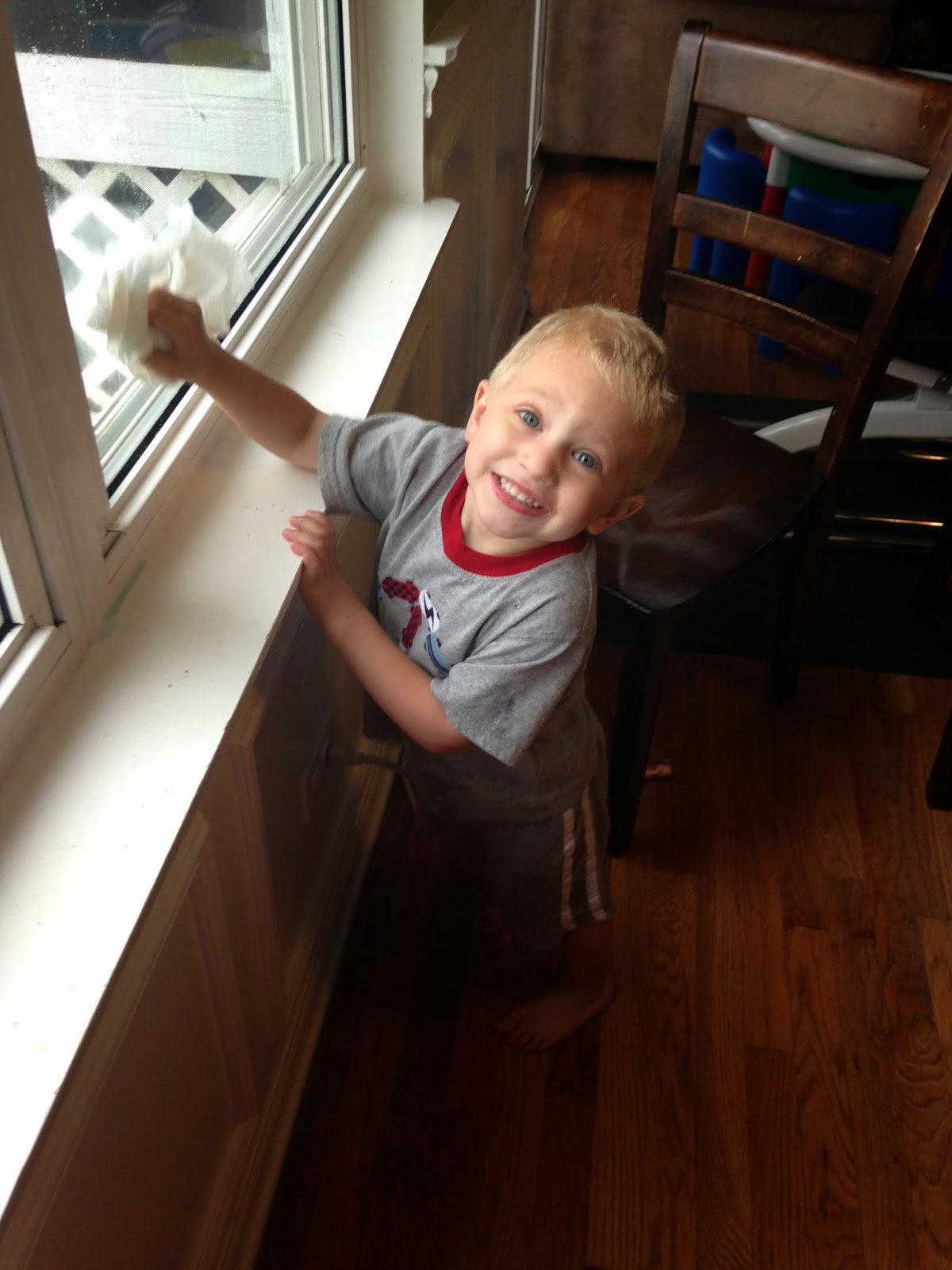