Fun at the Splashpad

Even though this summer has been cooler than most, we've tried to give Nick and Henry lots of chances for water play. We visited the Splashpad in Rosemont by my dad and stepmom's house recently, giving the boys the chance to run through the water and get wet, over and over again. 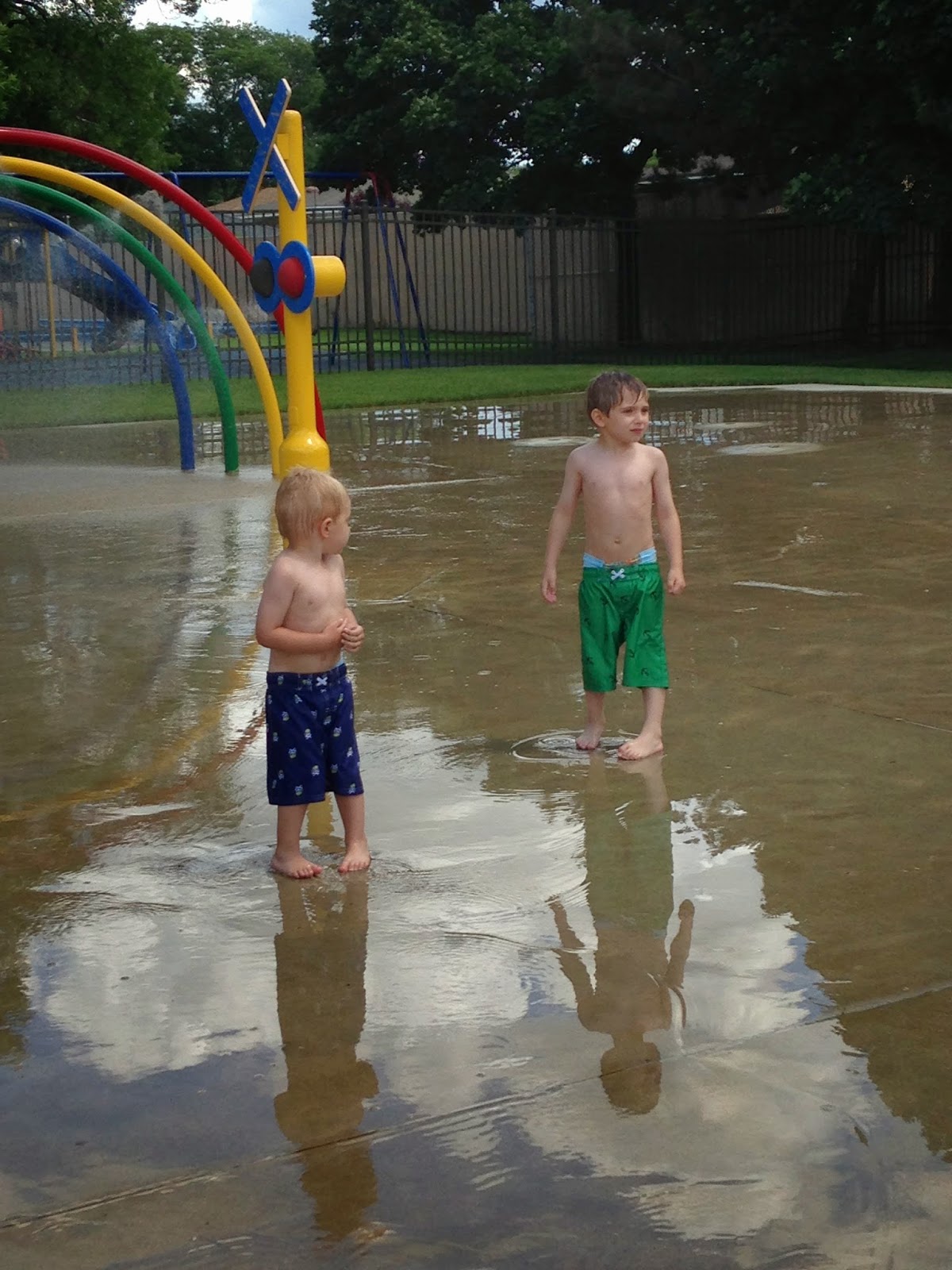 Grandpa Mike helped them figure out how to get some of the cooler water features to turn on. The railroad crossing sign has buttons that make the mushroom and the buckets work. 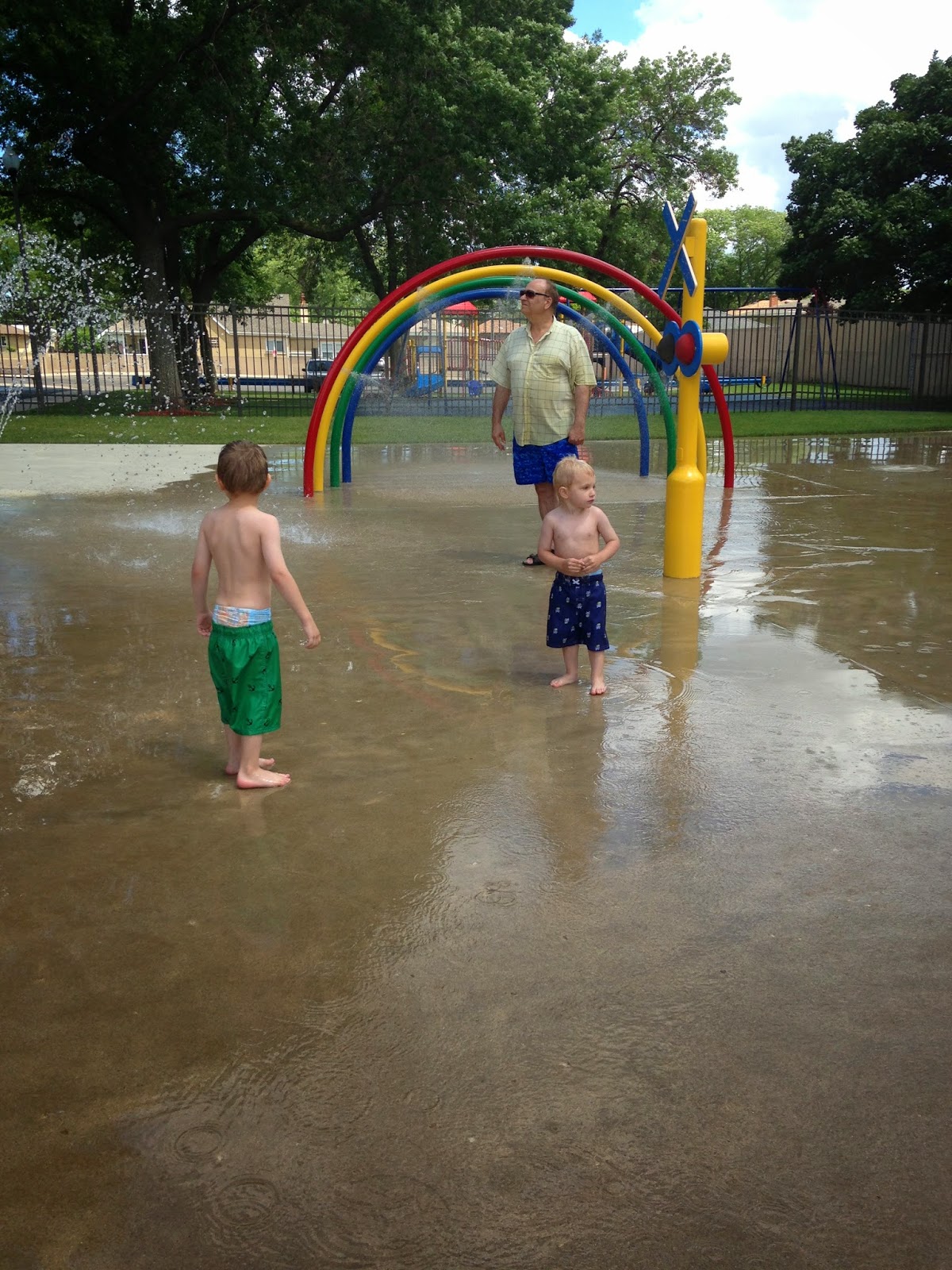 Since it was a cooler day, we got out of the water to dry off and warm up. Henry excels at snuggling, especially when he's on Grandpa Mike's lap. 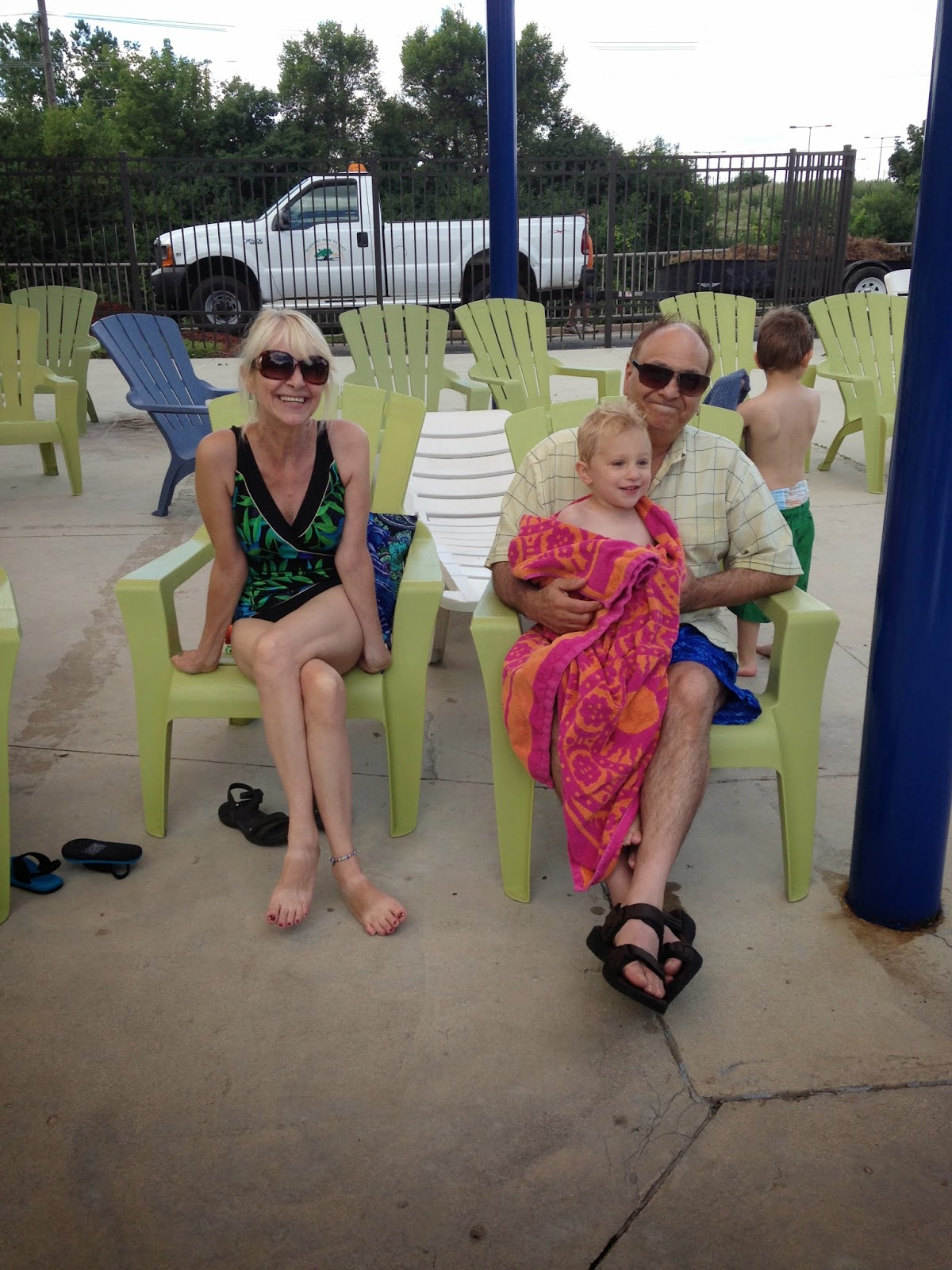 Henry's favorite part was the buckets, which would fill with water and then overflow. He did this over and over again. Nick liked it, too. The boys kept trying to figure out the pattern so they could stand under a bucket while it dumped. 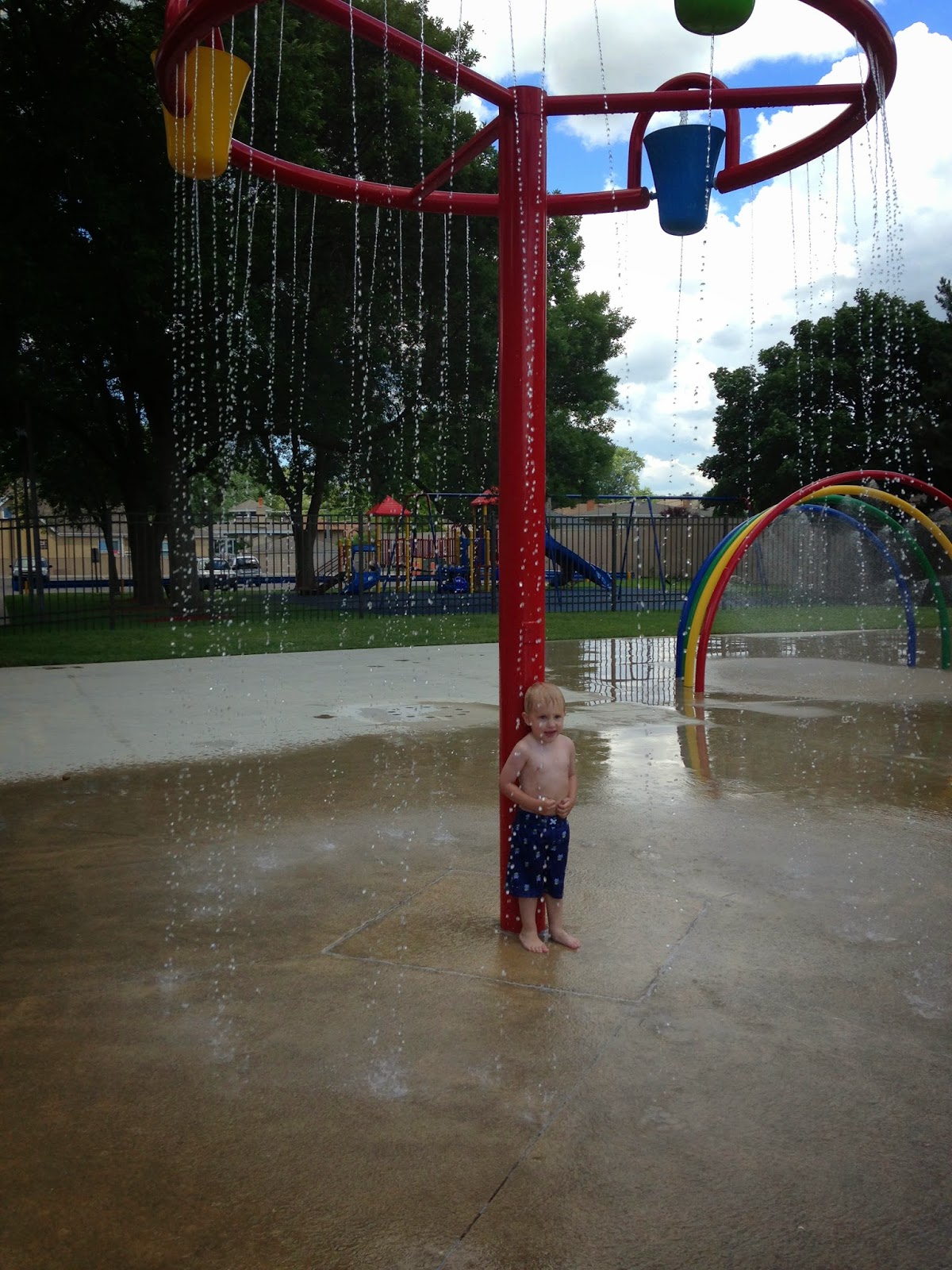 I managed to snap this picture of Henry while water was falling down. I get about one good picture in every seven hundred, so I was rather proud of this one. 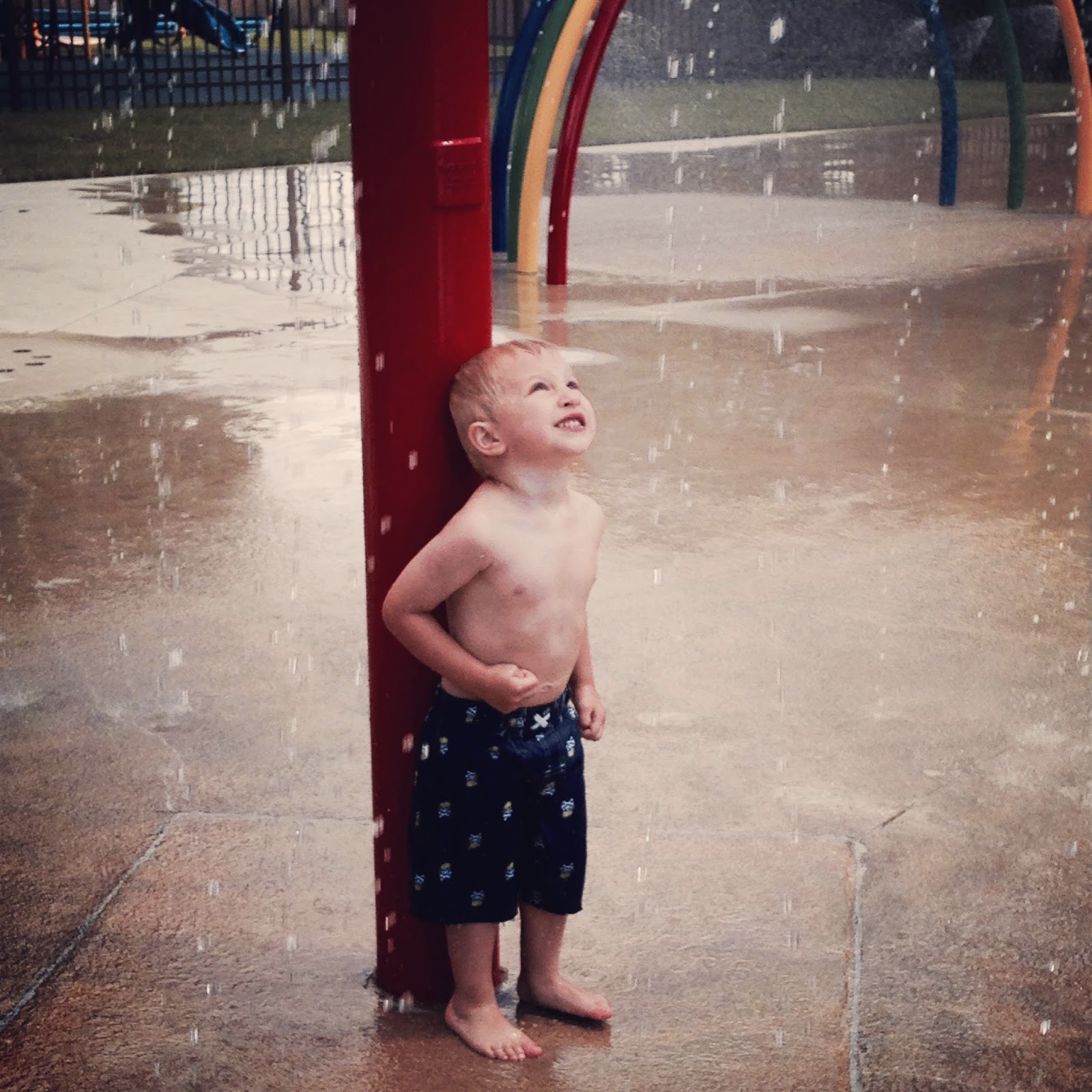 Henry didn't seem to care how cold he got or how much he shivered--he just wanted to get wet! 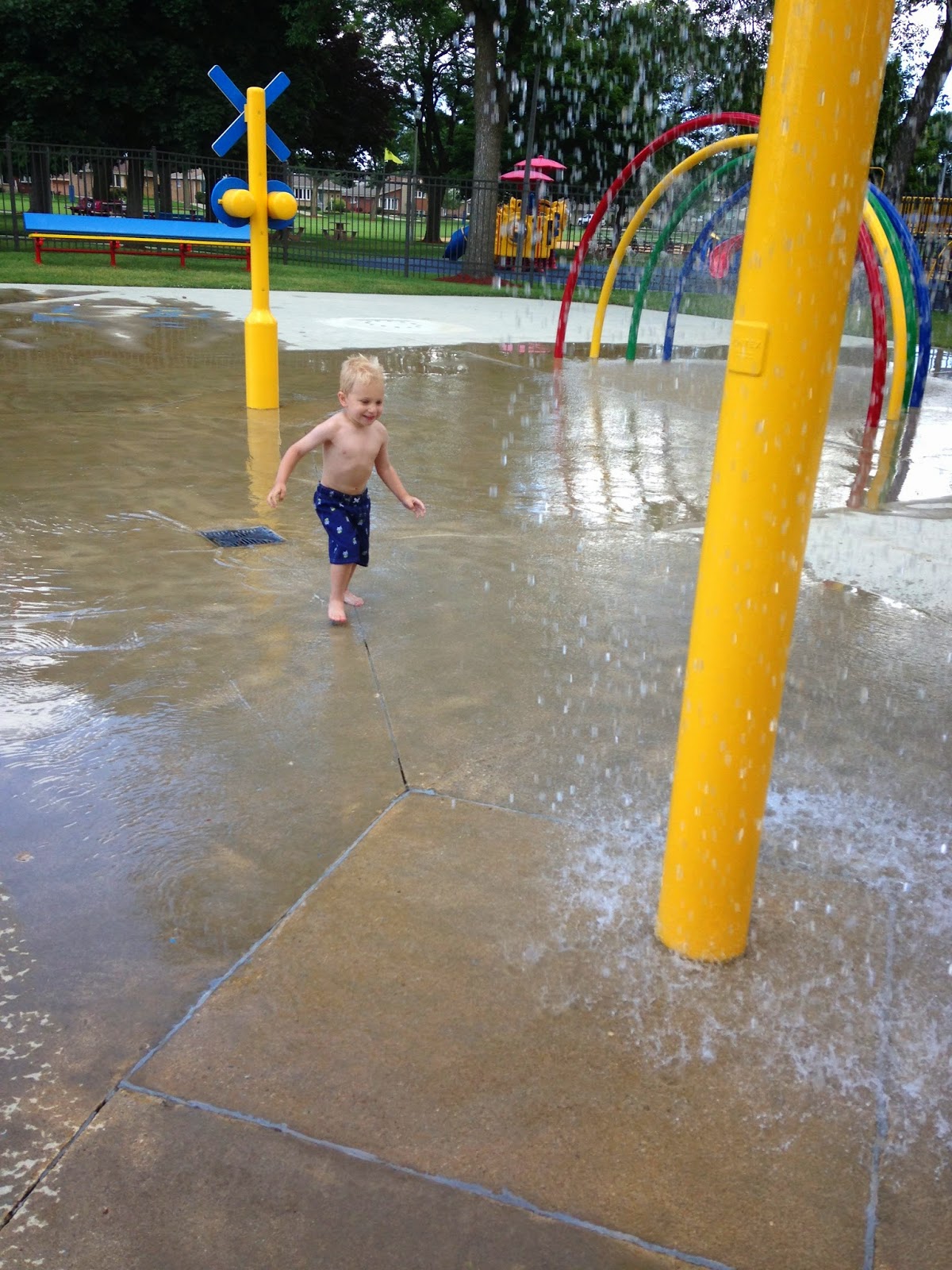 We had to force Henry to come out of the water and warm up a few times because he was shivering so hard. Poor guy.

Nick kept wondering why different features weren't turning on when he wanted to, so he went up to ask the attendant what to do. My boy is not shy, that's for sure! 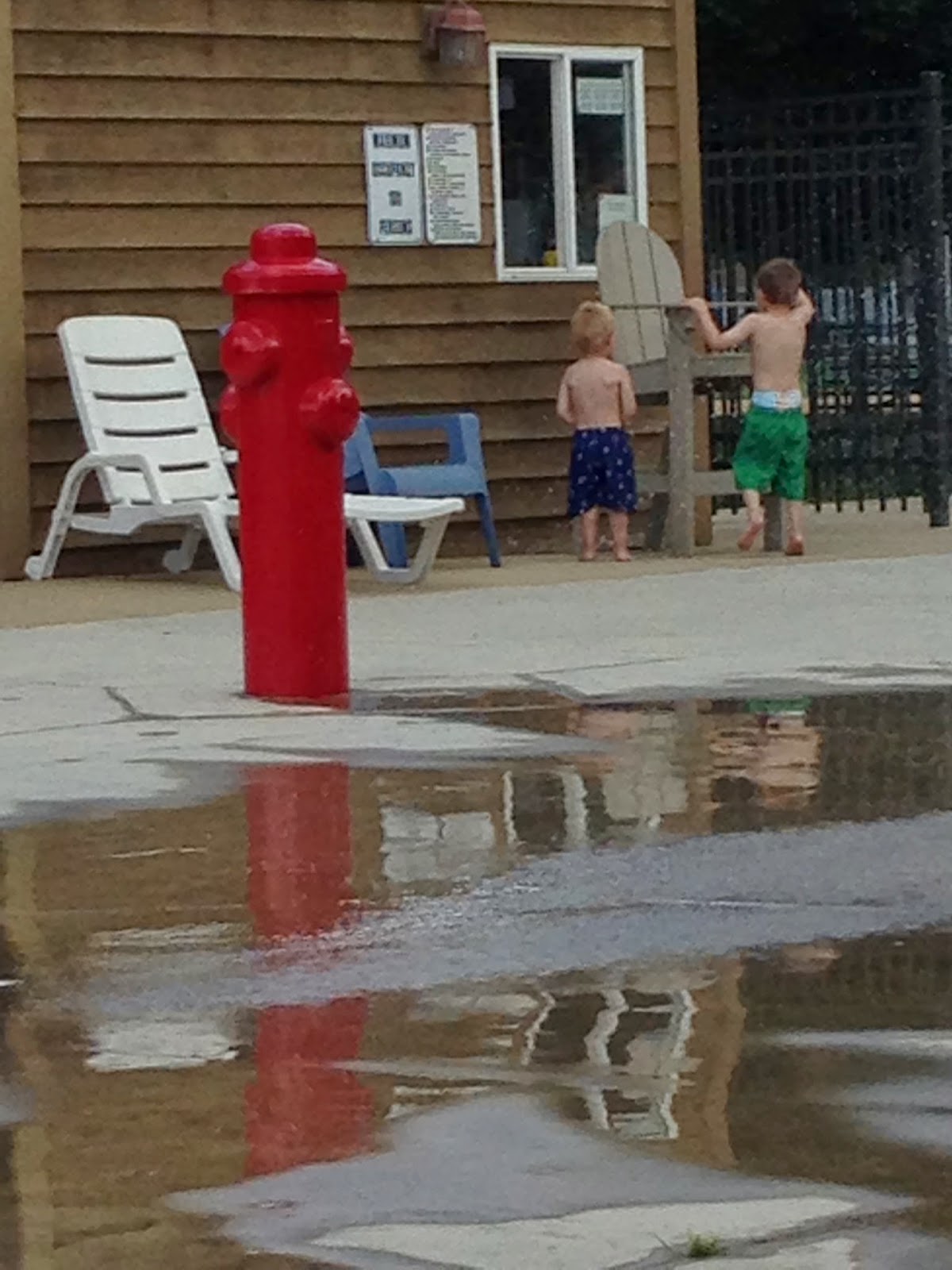 We had a picnic (with yummy pizza) and time to play at the park, which was huge and really fun for the boys. Pardon my inferior photography skills. It's hard to take cute pictures of boys when they're stuffing their faces with cheese-its. 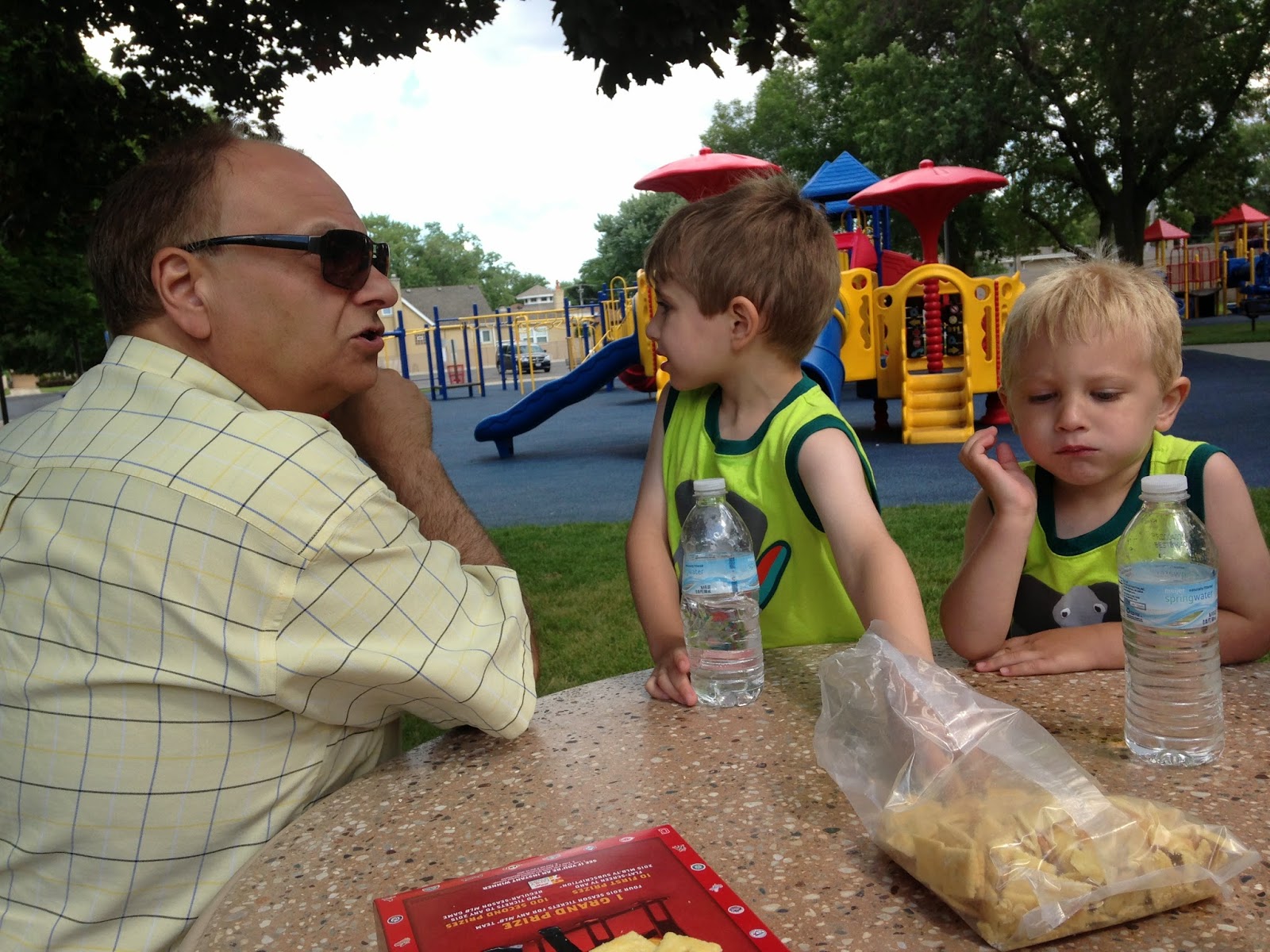 Nick's favorite feature was the mushroom that rained. He kept trying to turn it on. 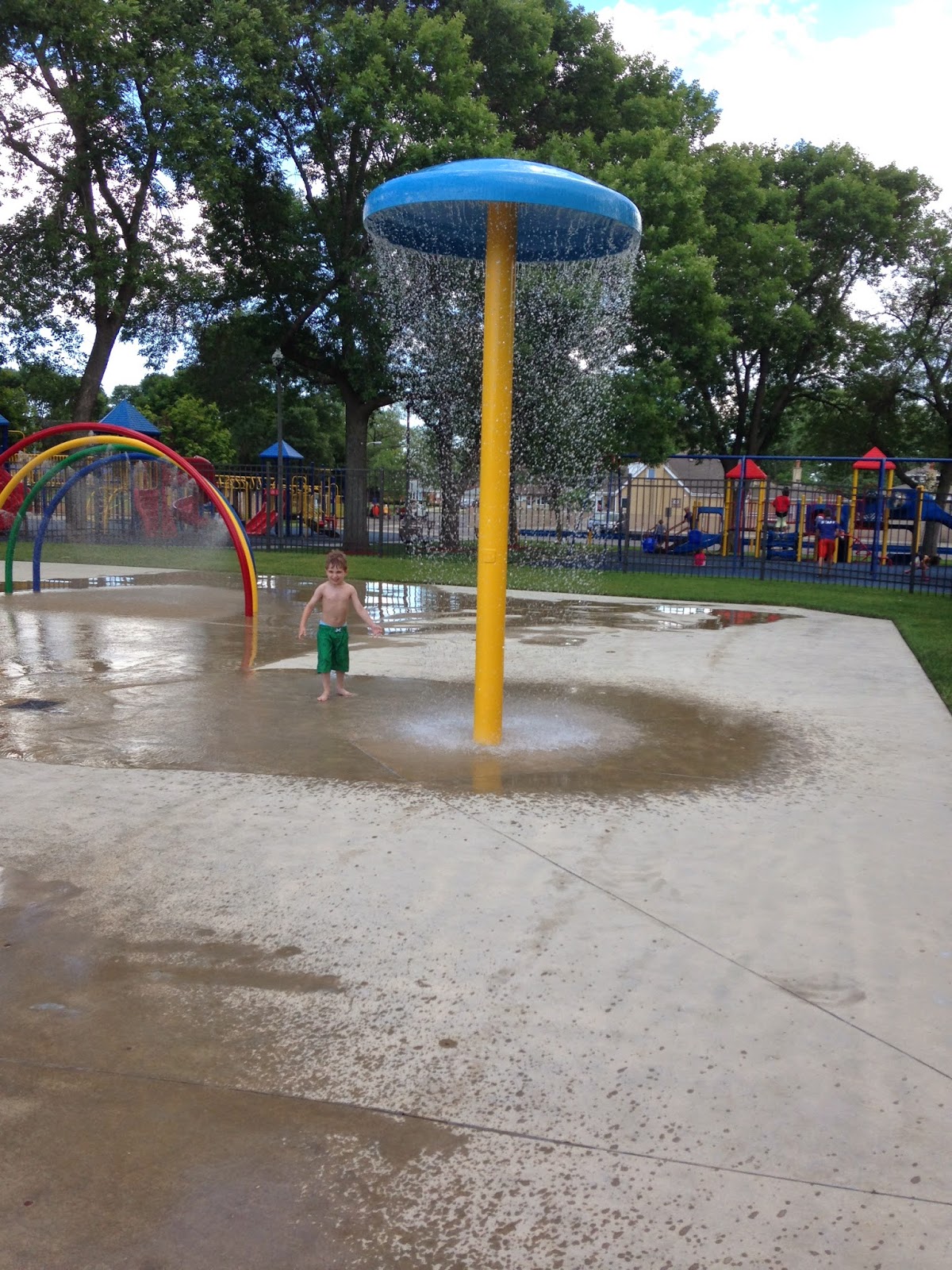 There's something wonderful about relaxing in the sun while your children run, safely, in an enclosed water play area where they cannot drown. I love summertime precisely because of these kinds of moments.
Posted by Melissa E. at 9:03 PM