A gondola ride up the mountain

You would thing Greg and I would be tired after a morning of horseback riding. We were, but we didn't want to waste a minute of the sunny day. We decided to head up the mountain to Ober Gatlinburg, via the gondola. 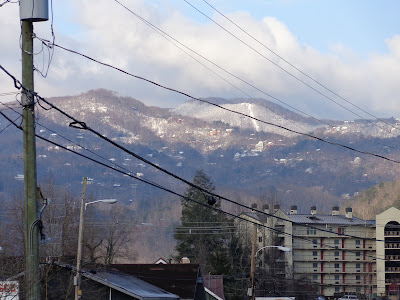 The views were simply spectacular, and the ride, though a little scary for the acrophobic (including Greg and I), was a lot of fun. 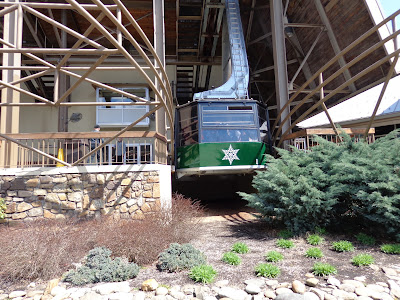 We went on this trip right before I started teaching a big geology unit with my students, so I'd been doing research, and I was able to connect a lot of it with what I saw. Yup. I am a nerd. At one point Greg was comparing the Smokies with the Rockies, which I've never visited. I was able to put my teacher hat on and explain why the Rockies are taller. 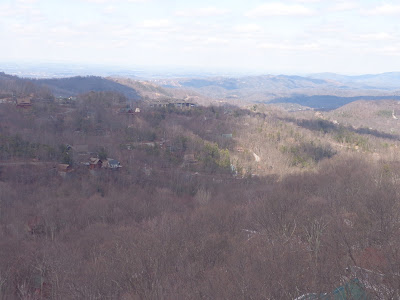 More than 250 million years ago, when the supercontinent of Pangea was formed, Africa collided with the North American plate, and that made the Appalachian Mountains. The Smokies are a subrange of the Appalachians. With mountains, the shorter and rounder the mountains, the older they are. The Rockies are newer, and that's why they are taller and more pointy. (That's the kid-friendly, simple explanation.) And yes, Greg rolled his eyes at me when I explained. 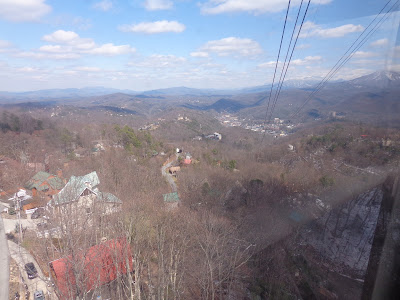 When we go to Gatlinburg again (we're planning a trip for this summer, with the kids) we want to make sure to ride up this mountain again. 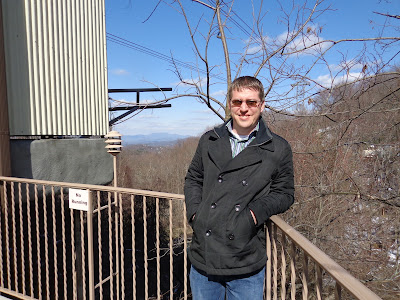 Once we got up there, we had many choices of things to do. There was tubing and skating, though we weren't in the mood for such athletic endeavors after our horseback riding. Our smiles belie the pain our rear ends were in the entire time. 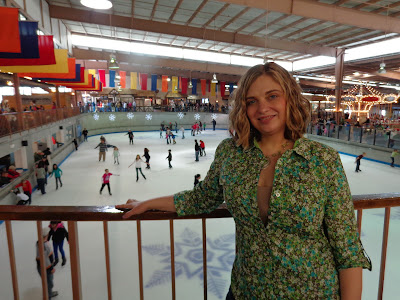 There was a nature center with animals native to the Smokies. They were mostly rescue animals, which I liked, and they seemed well taken care of and amused as well as amusing. We especially enjoyed watching the bears. 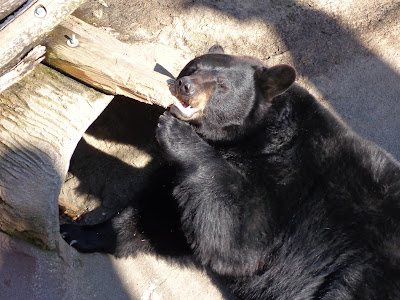 I wanted to pick up a souvenir for the boys that they would really enjoy. For the boys, I found these cool Audubon Society stuffed animals. Nick got a red-tailed hawk, and Henry an owl. Both birds, when hugged, make their actual sounds, which made them very popular with the boys. 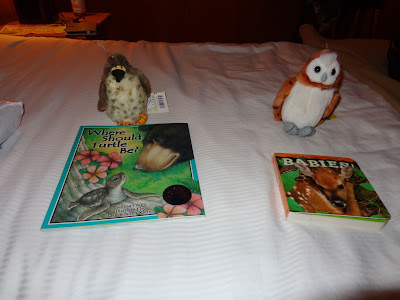 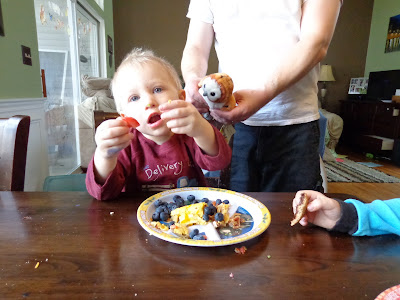 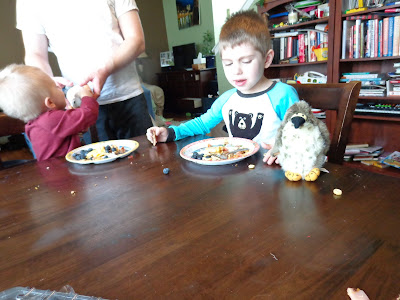 When you are a parent, you can never really stop thinking about your kids for long. The entire time we were at Ober Gatlinburg, I kept looking around and noticing things the boys would enjoy. At some point during this trip, we decided for sure to visit again really soon--this time with our children.
Posted by Melissa E. at 9:10 PM