. . . and the cats ate him. No, not really. But they totally would. Here is what happened when the boys discovered what the bunny left for them. We had lots of excited grunts. . . 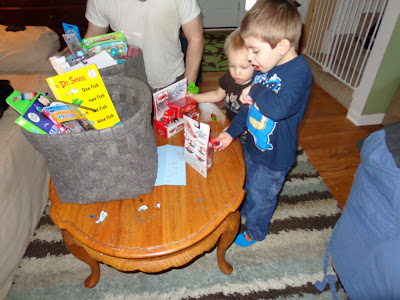 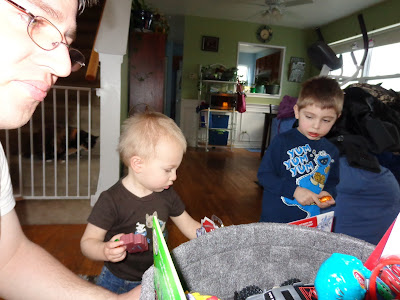 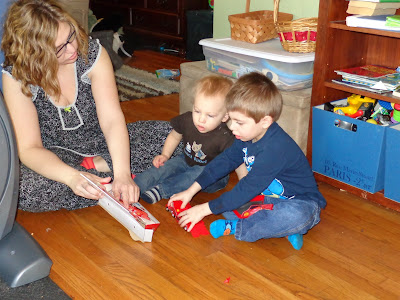 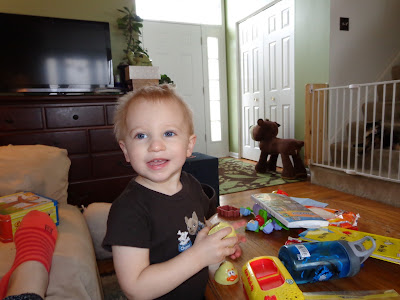 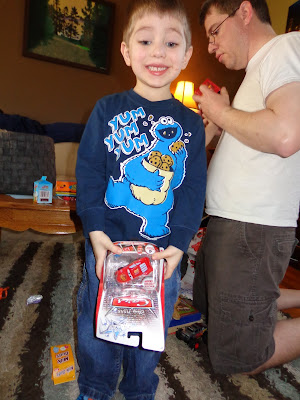 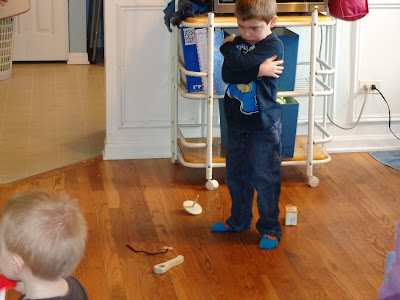 . . . and chocolate as a pre-breakfast snack. 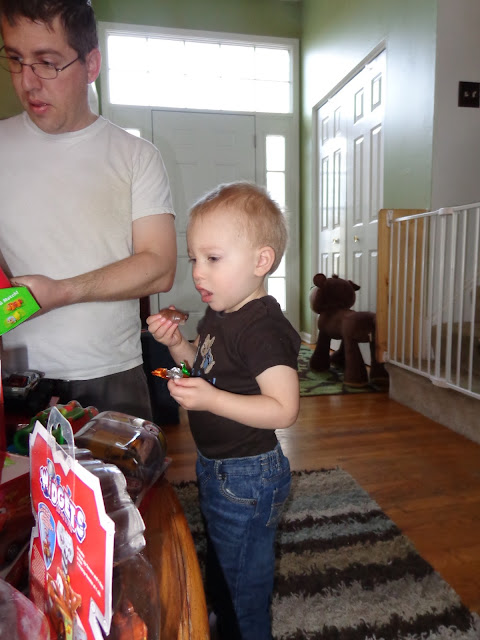 Then we had our real breakfast. I wanted to do something special, so I made homemade strawberry milk by putting strawberries and a bit of Splenda into the blender, then added it to our milk. We also had bunny-shaped toast, pineapple greek yogurt, hard-boiled eggs (of course) and sliced bananas. 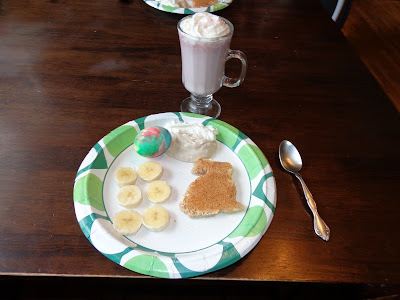 Incidentally, I think I probably tried to do too much to make Easter special for the boys. Call it guilt about being away from them all week, or call it over-ambitiousness, but I was a little bit overwhelmed. I lost my temper a few times when the boys started whining and fighting. I suppose my late-night frantic bunny preparations could have contributed to my short temper as well. As Nick has said more than once, "Mommy, you are nicer after you have your coffee." He's right. 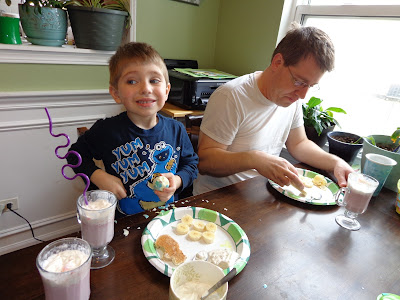 The boys did seem to like their breakfast, especially since they'd just consumed their body weight in chocolate. 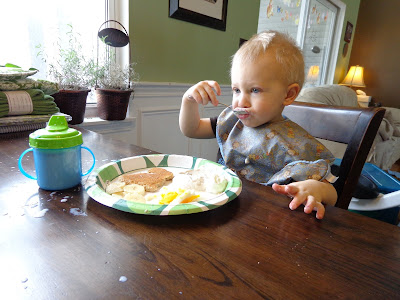 Henry is getting to the age when he wants to do everything Nick does. He threw a massive temper tantrum once he saw the strawberry milk in the fancy mugs that we had. Henry had the exact same strawberry milk with whipped cream and sprinkles in his sippy cup, but he was not okay with that. 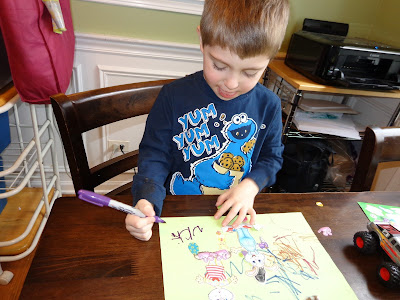 After breakfast, the boys made pictures with stickers and markers. Oh, and they also made a mess, but that's nothing new. 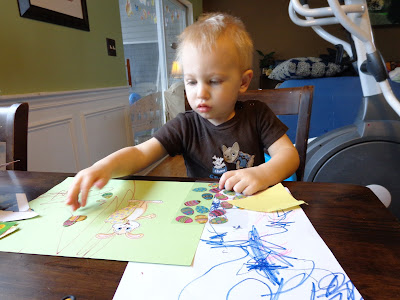 I tried to be more organized this year, and I packed away the Easter baskets, stickers, extra craft stuff, and empty eggs into a box so I won't be so harried next year. (Or "hare"-ied, I suppose. Being a bunny is hard.) 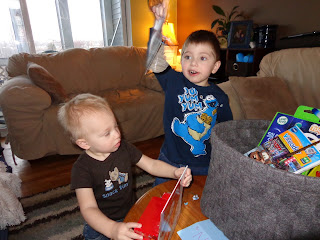