Craziness at the 2013 Chicago Auto Show

On Sunday, we decided to go to the Chicago Auto Show to see Uncle Jay, who is working there. Aunt Sarah and Grandma Toni met us there. Getting there, however, presented a problem. 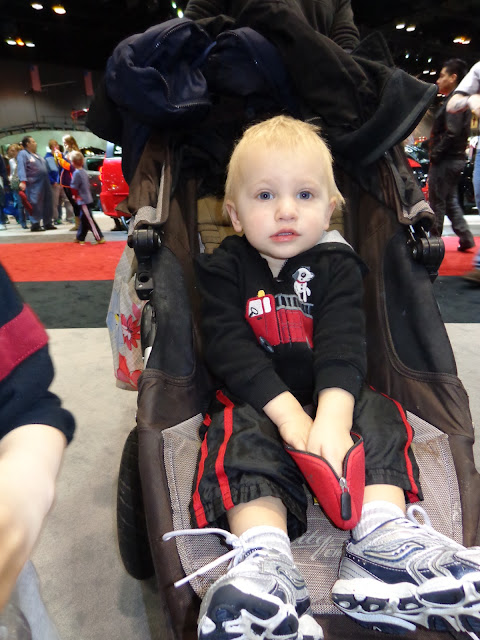 We left at 1:30, made really good time, and were just a few miles from the exit around 2:30 p.m. Then, the traffic started. It took us until well after 3 to get off I-55, and then another forty-five minutes to get parked. The lines were so long! By the time we took the shuttle bus to McCormick Place, it was after 4 p.m. and both boys were a little antsy. Nick was about ready to jump in this fountain, which he found fascinating. 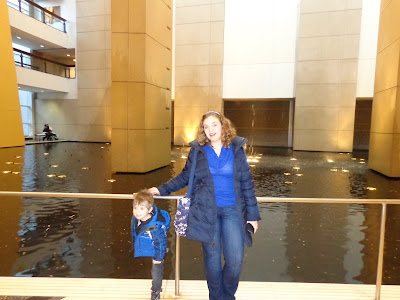 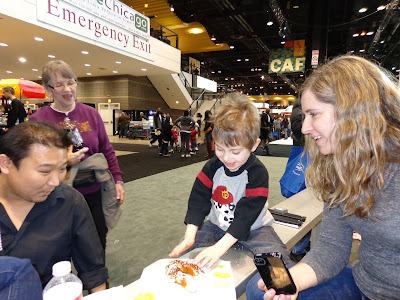 Pretzels and fudge were had by all as we watched the people ride a Jeep through a major obstacle course. 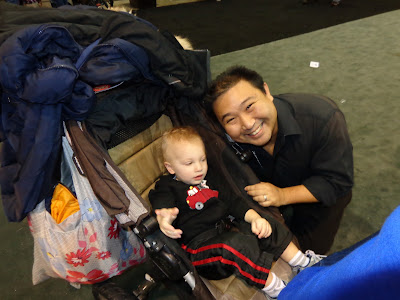 Nick even got the opportunity to drive a little jeep around a course. Watching him made me very, very glad he's got another fourteen years or so until he can get his license. 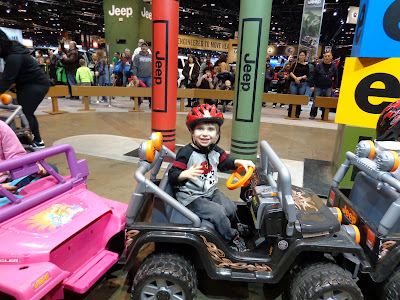 He was a little bit unsure on the turns, as you can see. . .


Aunt Sarah helped keep him on the straight and narrow, though. 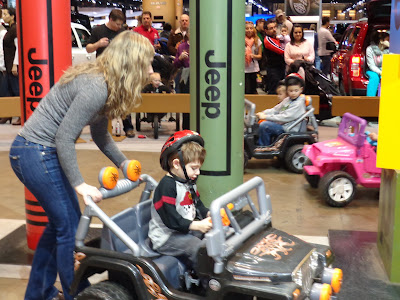 Henry decided that he did not want to be in his stroller. He wanted to put as many fingerprints as possible on as many cars as he could run towards. Therefore, much of the evening looked like this to me, as I chased the boys across McCormick Place. Henry had a thing for straight lines, and he would run down the straight line before veering suddenly into oncoming foot traffic. 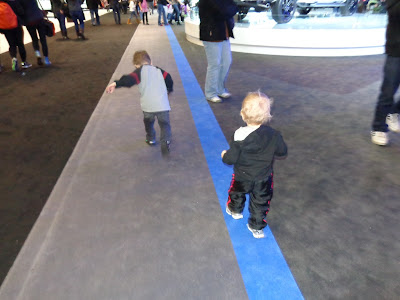 Anytime we tried putting Henry in the stroller, he screamed as if he were being tortured and tried to escape. He preferred these wheels. I think we're going to have to get him a leash so that he can run more freely without us losing him. 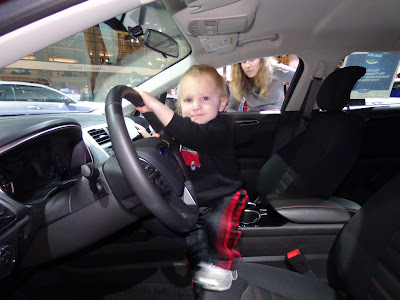 Nick liked being in the driver's seat a little too much, I think. 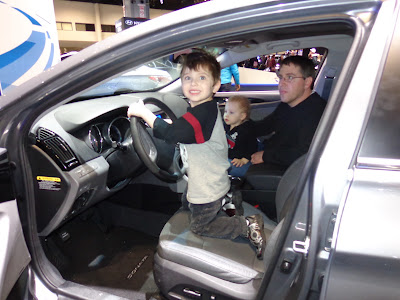 Aunt Sarah showed Henry the intricacies of engine design. He was more fascinated by the electric shocks he got from running on the carpet and then touching the metal. 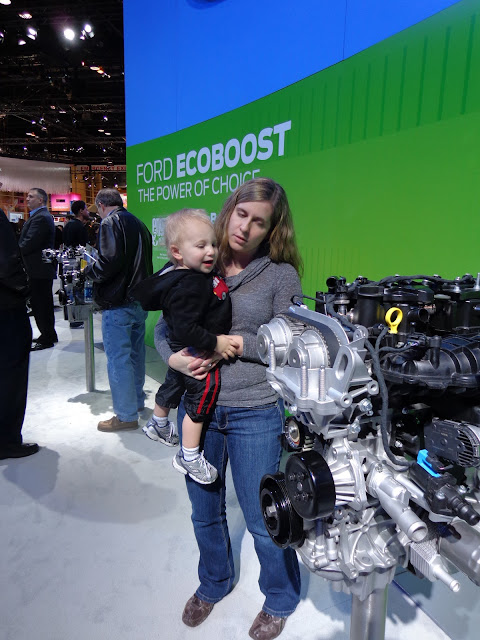 After all of us had sore feet, we ended our journey with churros and some mini-car races. Then we headed home. Thankfully, the journey home was far quicker than our traffic extravaganza on the way there. Nick wanted to know when we could go to the auto show again. Maybe next year, we told him. Nick was disappointed because he wanted to test drive some new models. Also, some new fudge and churros.