I can hardly believe it. My baby had his half-birthday last Friday. Six months ago Henry weighed less than seven pounds. He was over sixteen pounds as of last week. 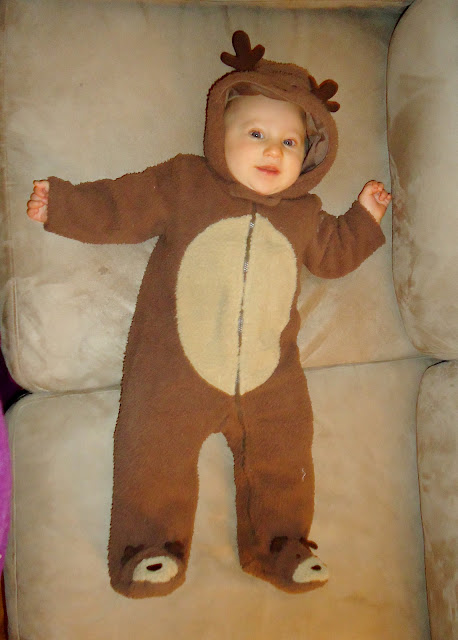 Henry doesn't seem to mind his reindeer suit, and it keeps him pretty warm. I was trying to take pictures of Henry, and Nick kept inserting himself into the pictures. He likes to be the center of attention. But today is all about Henry and his half-birthday. 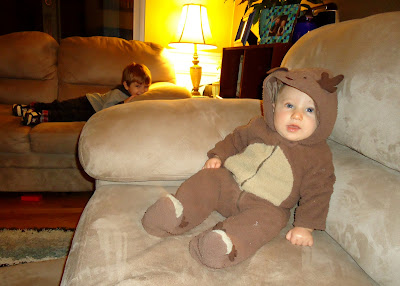 Instead of a coat, this reindeer zip-up coat is what I got for Henry this December. Nick had one just like it when he was a baby, but it was in the newborn size, and Henry is definitely not a newborn. In fact, he is just a little bigger than Nick was at the same age. I found this picture of Nick, taken when he was exactly six months old. Do the brothers look alike? 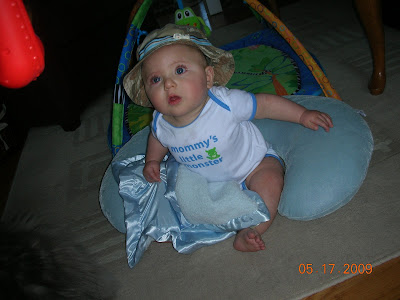 I think Henry's face is slightly less round, and he looks a little more like Greg. 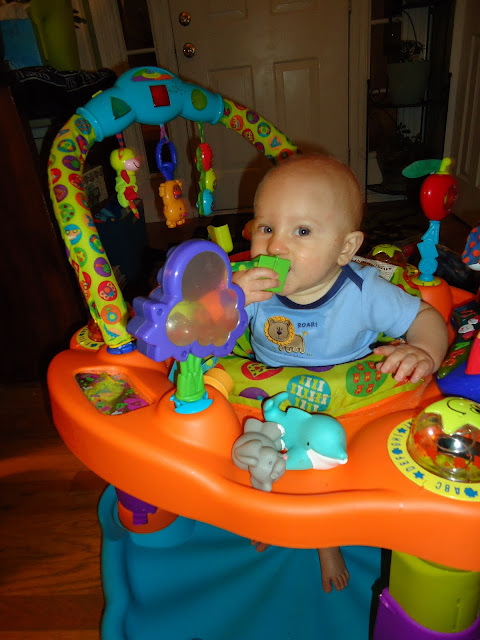 Henry is growing up so fast, and I can't believe how much he has changed in the last six months. Tonight he ate a jar of spinach and potatoes, a bowl of mixed grain cereal with formula, and a few ounces of blueberry-purple carrot baby food. My boy has an appetite. 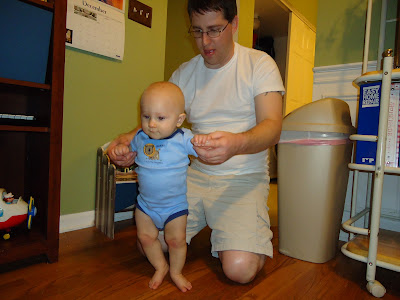 Goodnight from my little reindeer, and his attention-hogging big brother. 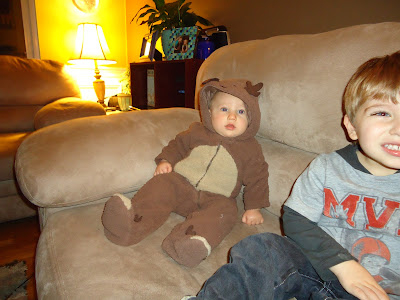