Last Sunday, Greg and his mom took Nick downtown to Navy Pier for the day. Because of the heat and the extensive travel involved (they took the train and a bus), I stayed home with Henry. 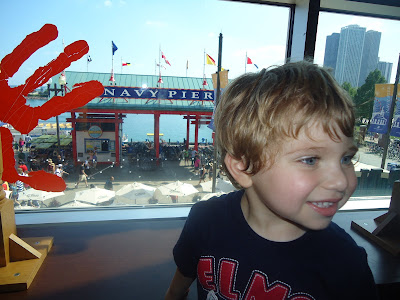 I was kind of sorry to miss this event. Nick got to go to the Chicago Children's Museum and on a tall ship pirate cruise. But it's good that he got to go and have some fun. When I was pregnant with Henry, I worried that Nick would suffer from not getting enough attention once the baby was born. I shouldn't have worried. Instead, Nick has become more demanding--he gets plenty of attention, thank you very much.

How many little boys have two people following them with cameras, planning special events purely for their enjoyment? Nick gets plenty of attention.  Evidence is present below.  :) 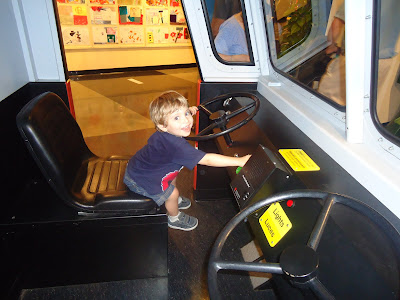 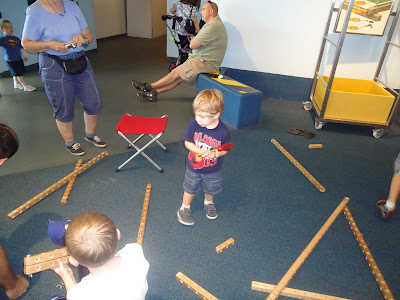 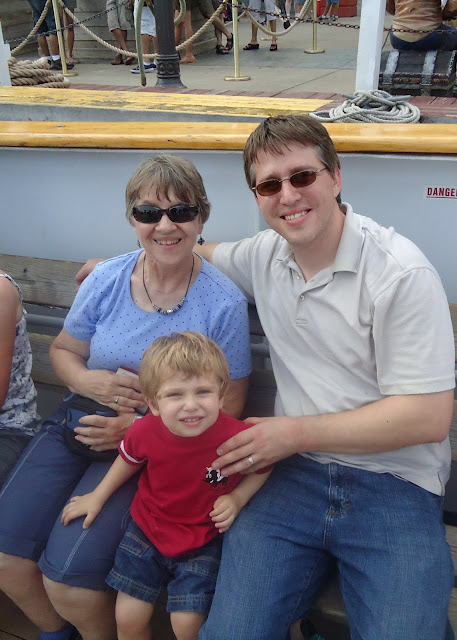 I think the pirate cruise was probably Nick's favorite. He keeps talking about it. "We go on the boat today?" he asked me this morning. "No, Nick, not today." Then Nick gave a long-suffering sigh. Poor child. 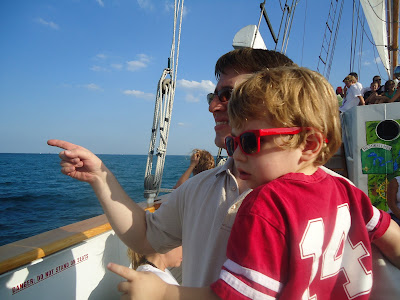