Nick turned six this week. My little man is growing up. Sniff. We celebrated by ordering him a miniature trampoline. I can't wait until it's all set up--they can bounce to their hearts' content.

Henry really struggled with the whole "these presents are not for me" idea. I took him with me to the store to help pick out Nick's gifts, and I had Henry choose one of the gifts to be "from" him. He didn't quite get the concept. 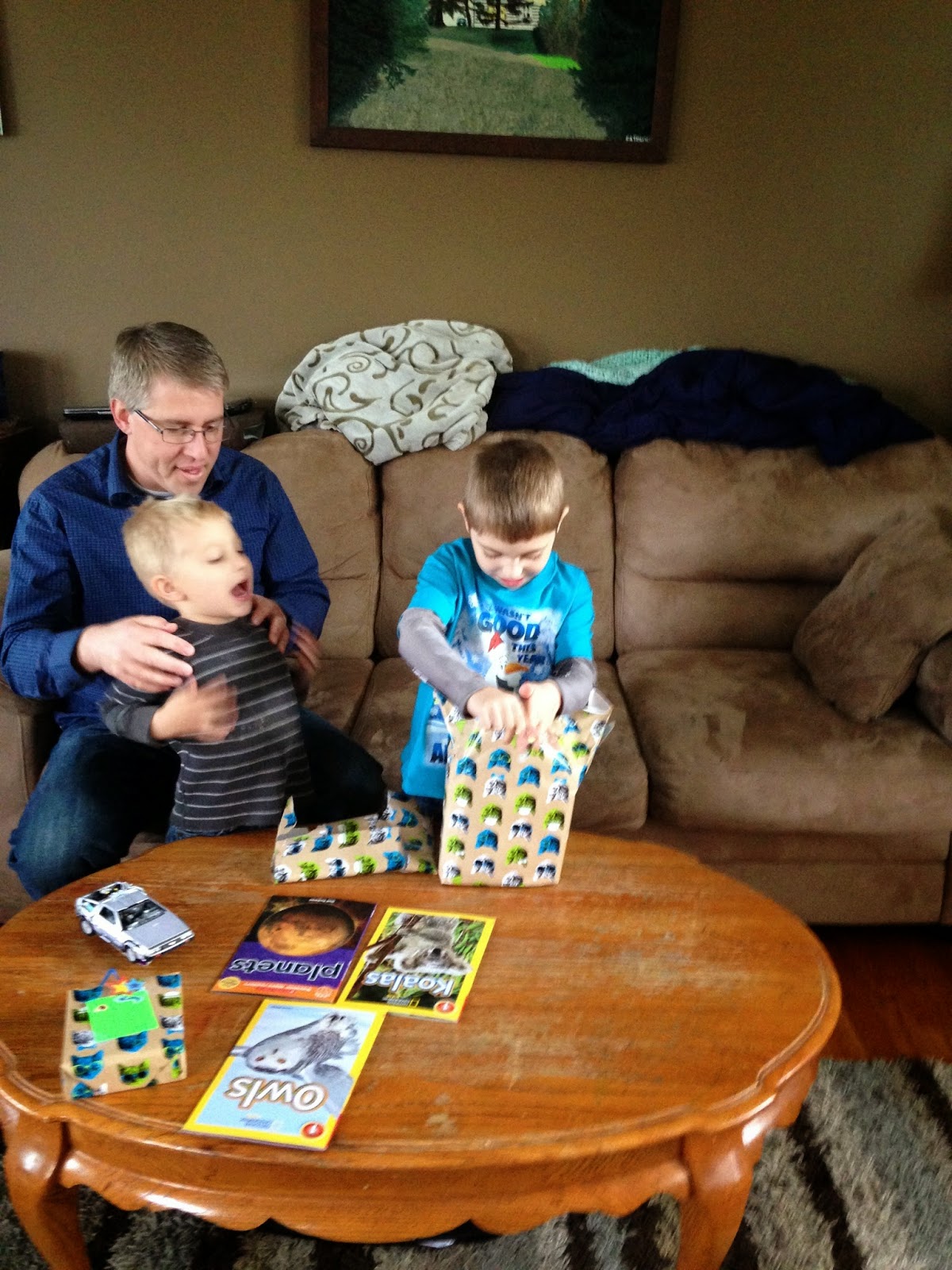 Nick was happily ripping into his gifts. Henry. . . well, his daddy had to hold him back.

Thank goodness Nick loves to read! I snagged him some great nonfiction titles from my school's book fair a few weeks back. 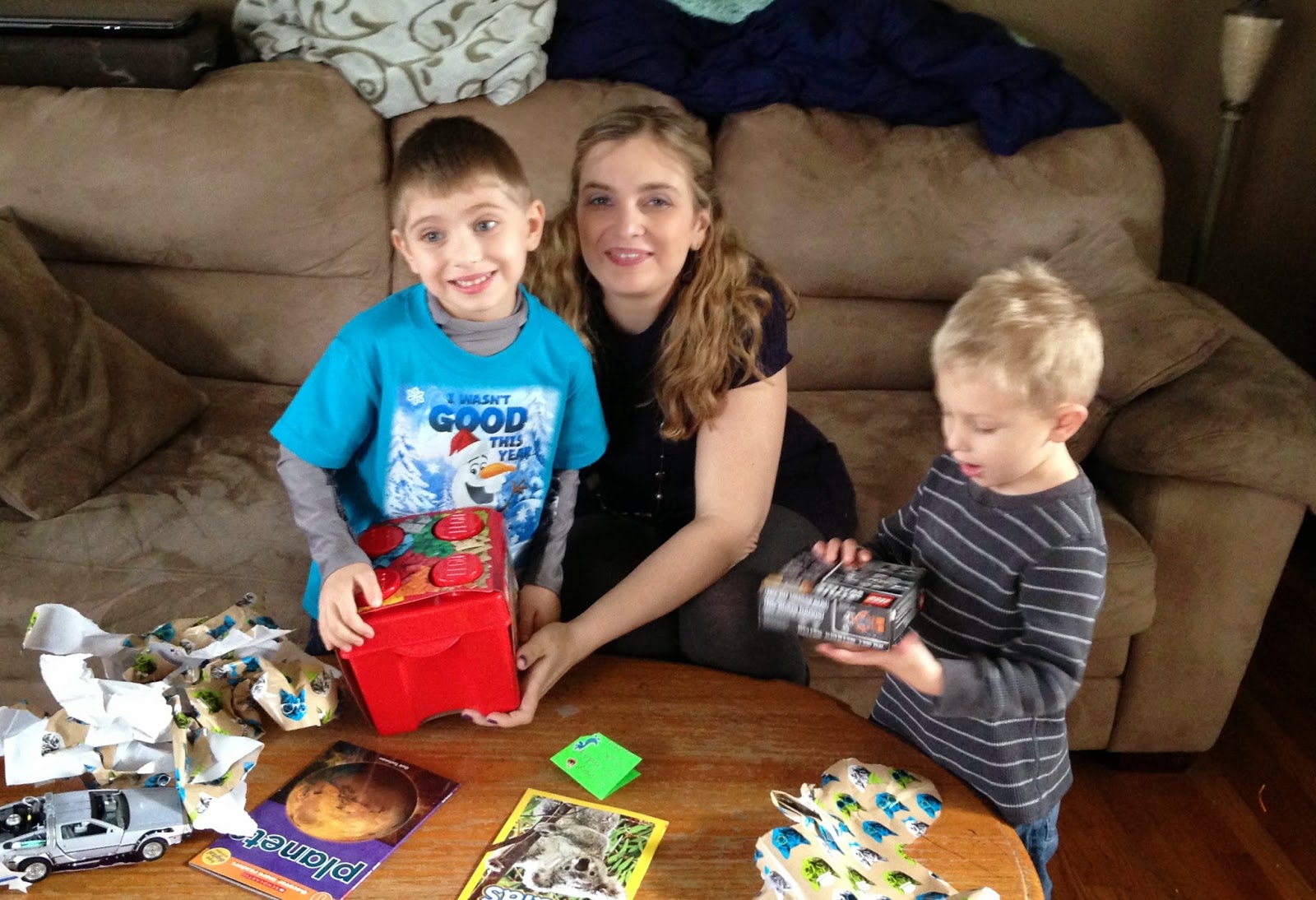 Since Nick has been really into Legos lately, we got him a set of bricks. Henry picked out a Lego Star Wars ship for Nick, but he just wouldn't let it go. 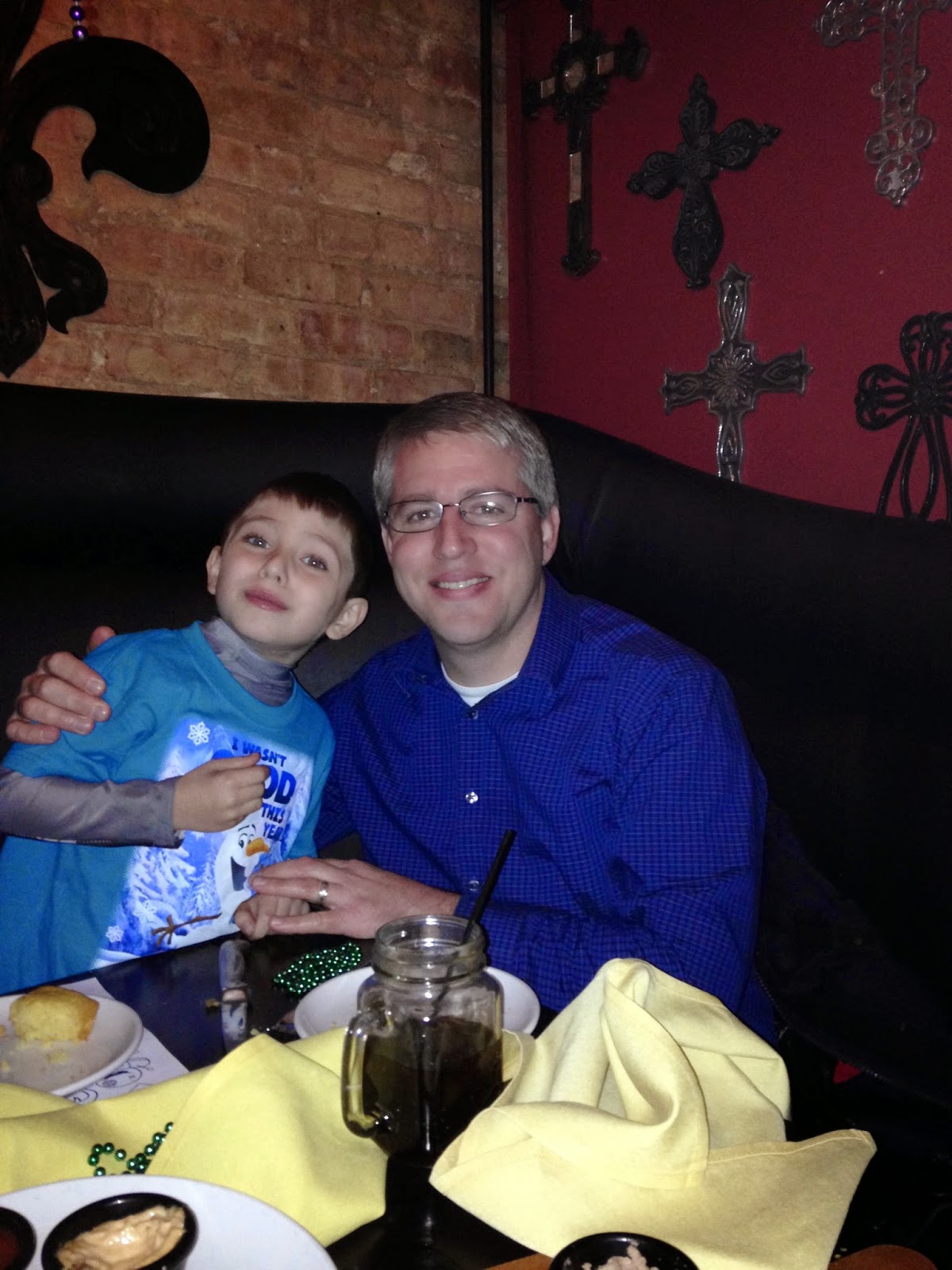 We took Nick out for a special meal at Moe Joe's in Plainfield. Surprisingly enough, we've never eaten there before. The Cajun-style food was really yummy, and the decor was cool. Would you believe Nick called this the "lowercase t wall?"  My kid cracks me up sometimes. 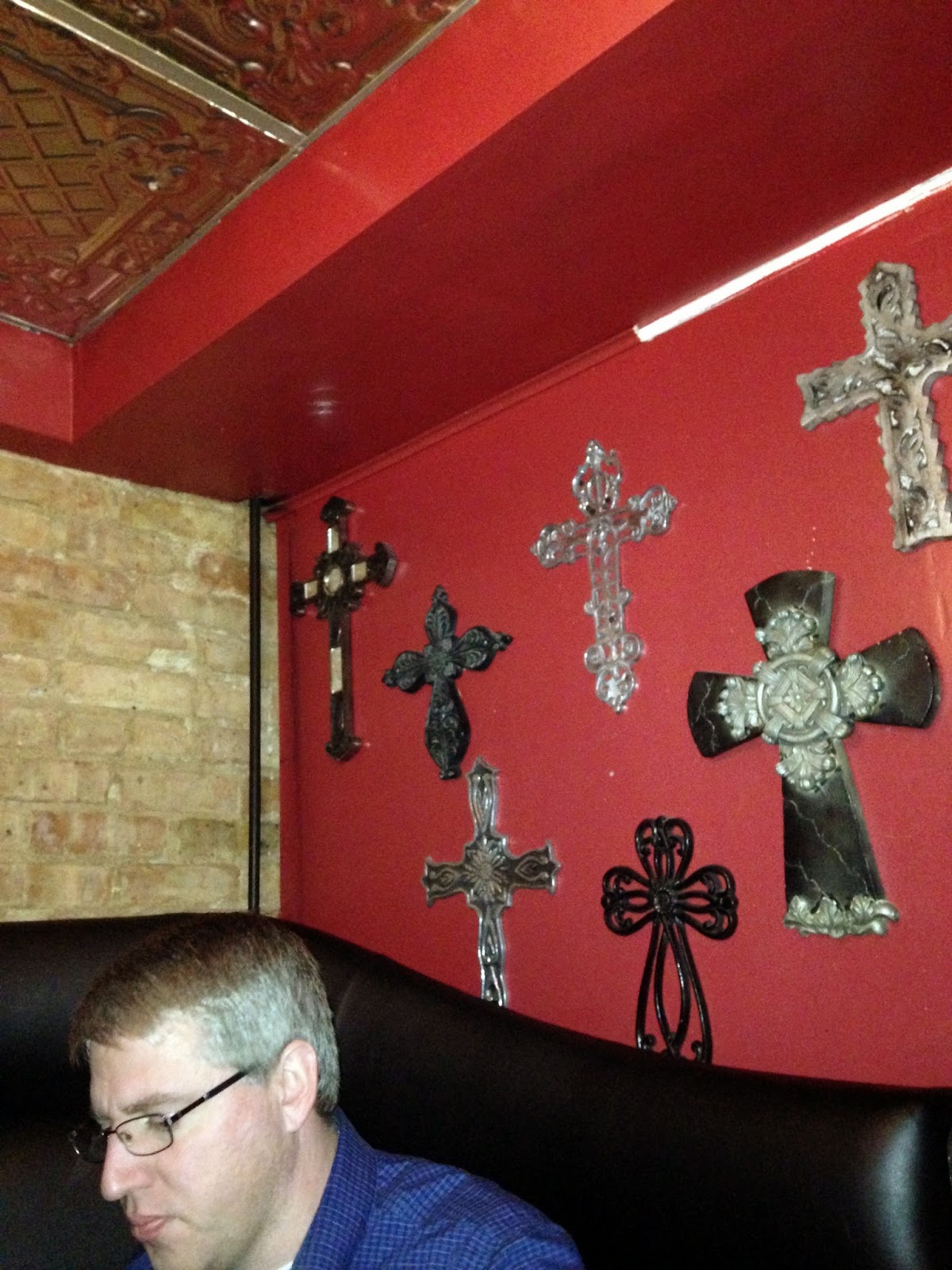 I think this is the only moment during our entire meal that Henry sat still. 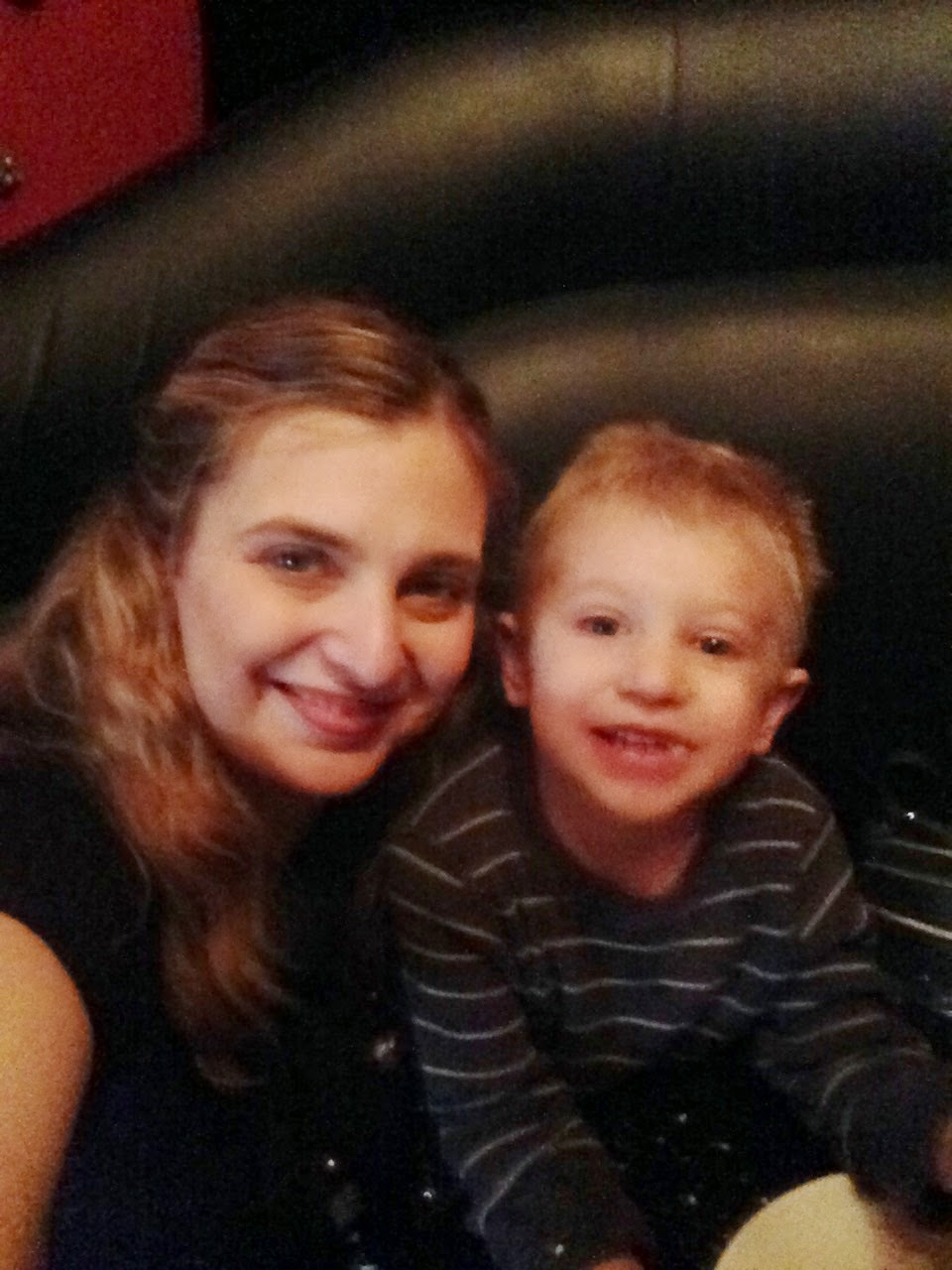 Instead of a birthday cake, Nick had birthday beignets! It was amazingly delicious. I wish we'd ordered more. 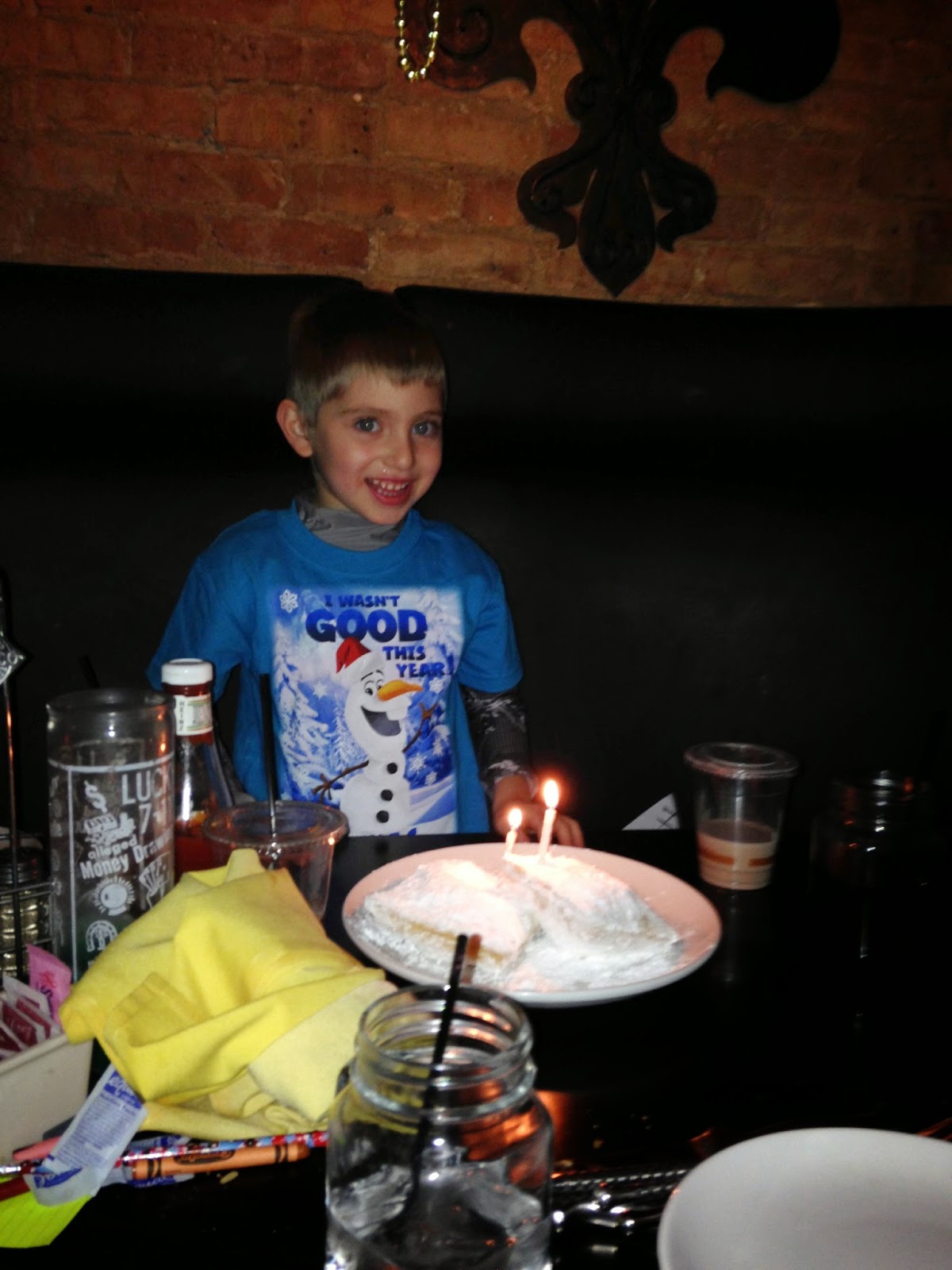 Happy Birthday to my big six-year-old!
Posted by Melissa E. at 9:00 PM