Big Buildings, a Bean, and Time Outs in Chicago

We spent last weekend in Chicago for Aunt Sarah and Uncle Jay's wedding (more about that on another day).  Nick was the ring bearer, so he joined us. Henry stayed with my mom and stepdad for the weekend. On Sunday, we had a few hours to kill before naptime, so we walked around the city. 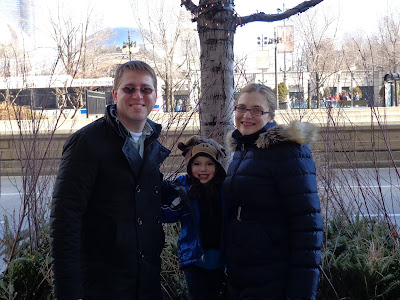 Nick adored the big buildings. We stayed on the 36th floor of Hotel 71, and we had an amazing view. 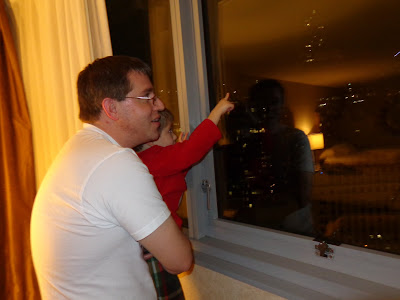 It was really cold, but the wind wasn't too bad, and Nick's warm hat made him pretty comfy. 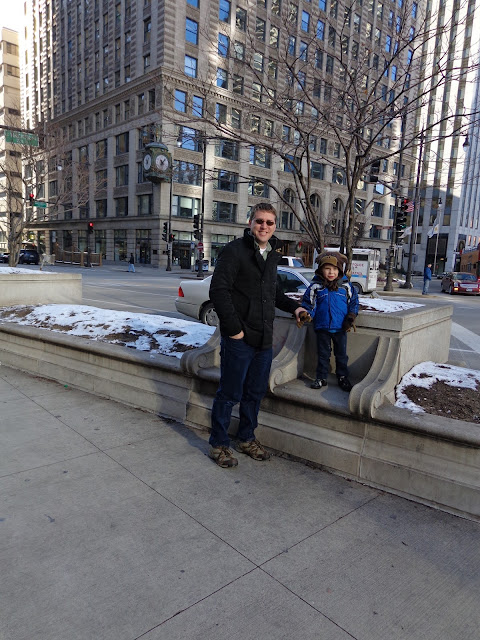 He liked walking down the street and looking up to see how high the skyscrapers go. Nick was also amused by the pigeons. 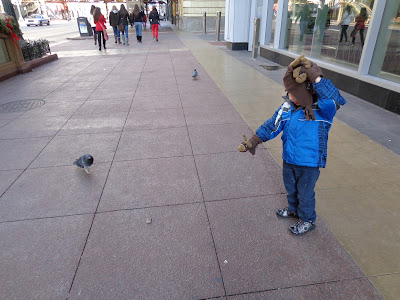 Nicholas wavered between being really excited and really naughty. My boy earned himself quite a few time-outs that day. I snapped lots of pictures, but not of the time outs. I believe the first time out was when Nick wanted to chase the pigeons with another boy, but we had to walk the other way.

Next we headed to Macy's to see the tree. 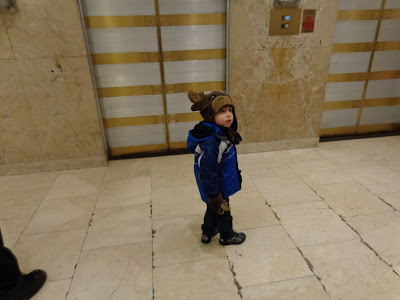 The tree was huge! 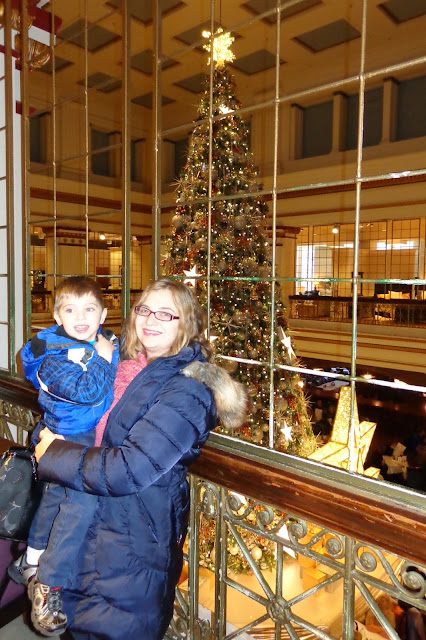 We decided to go to the Chicago Cultural Center, which is a beautiful building. 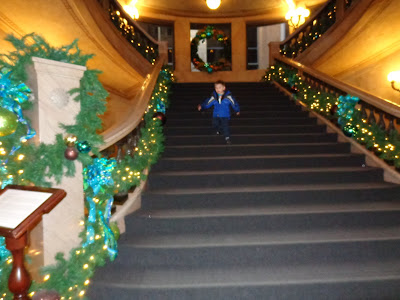 We saw an interesting art exhibit made from old tires. Nick was not amused. "Um, I think those tires are broken!" I guess four-year-olds don't "get" modern art. 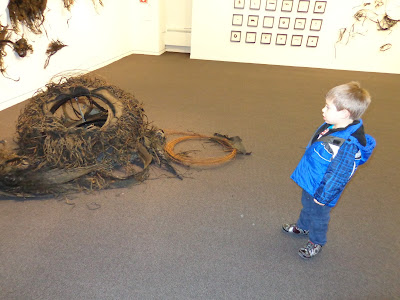 Then we headed to Millennium Park, which, despite the cold weather, was quite lovely, as was the bean sculpture. Nick's behavior? Not quite so lovely. 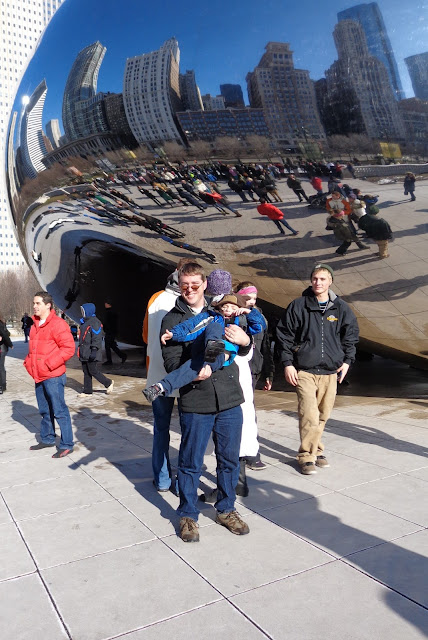 He wanted to climb onto the roof of the Pritzker Pavillion, which he thought was a playground. I suppose it is shiny, but I wouldn't want to climb up there. A time out was somewhat of a deterrent for Nick. 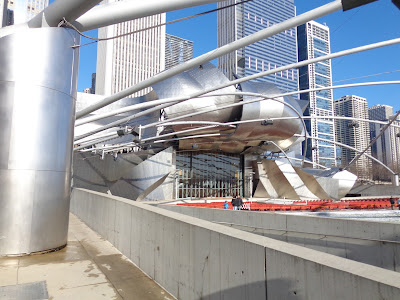 By the end of our downtown stroll, Nick's behavior had improved, and he even snapped this picture of us before we left. Not bad, I think.  :) 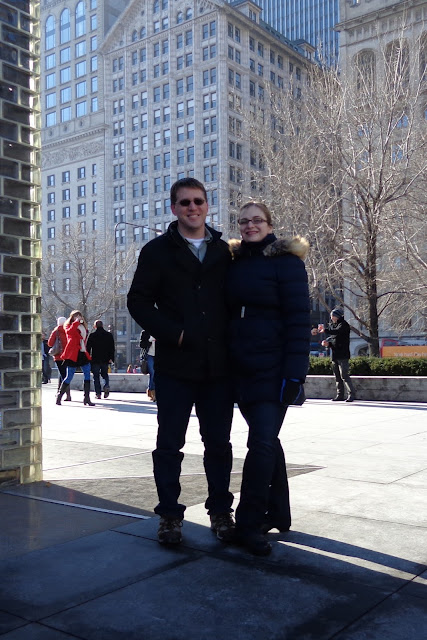 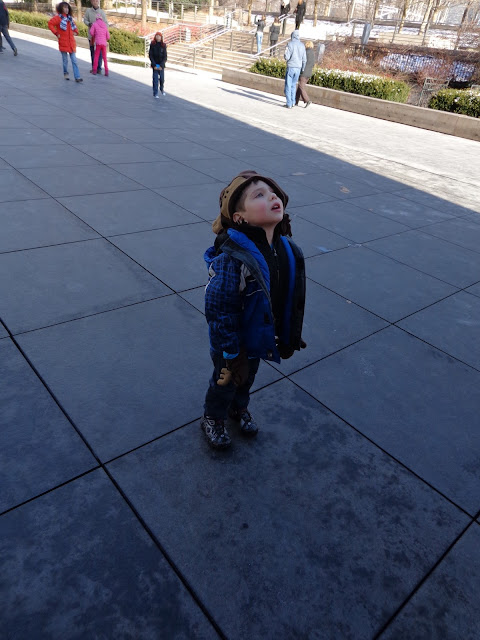