A couple of days ago Nick and Henry and I met a few friends at Lou Malnati's in downtown Naperville to have lunch and catch up. We had salad and pizza and bread, all of which Nick enjoyed. Henry just had a bottle. I bet he can't wait until he can have pizza.

Anyway, Nick decided it would be cool to play with the shaker that holds the pepper flakes. Since he was relatively quiet and not bothering anyone, I let him. (My mistake.) This is what happened. 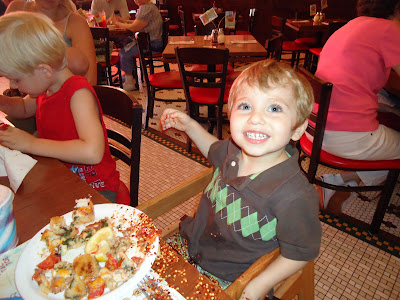 Yup. He somehow unscrewed the lid and dumped hot pepper flakes all over his pizza and bread, not to mention his lap. My friend's little boy told him not to eat the pepper flakes. "I don't think you'll like them. They're very spicy!" Nick just laughed, put a bunch more flakes on his bread, and ate it. All he said was, "Spicy bread!" He actually seemed to like it. 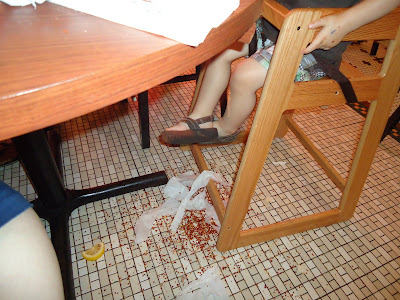