A Checkup for Henry

Henry had his one month pediatrician appointment today. He'll be six weeks old on Thursday, but this was the earliest appointment I could get. Anyhow, he did very well. Doesn't he look pleased? Well, that's about as pleased as Henry ever looks. 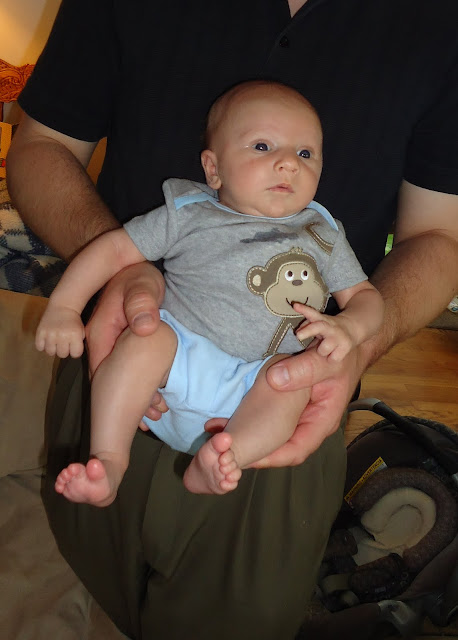 Here are his stats:

I'm not surprised that Henry gained so much weight. He has been chowing down regularly.

Length: 22 inches. (50th percentile) Henry was 19" at birth. That means he's pretty tall for his weight.

Henry thought that he'd be getting his first shots today. . . 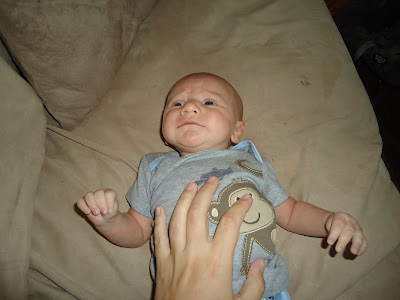 But then the doctor said they would wait until his two-month well visit for those.
Posted by Melissa E. at 9:24 PM