Last year, for spring break, we surprised the boys with a two night getaway to Timber Ridge Lodge, a waterpark hotel in Lake Geneva. The kids had no clue until we drove there, and they loved it. This year, we decided to repeat the trip. We deliberated about making it a surprise, and figured at least Nick would figure it out. Nope. 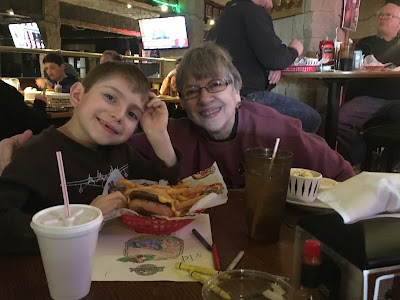 Here we are at the Brat Stop in Kenosha. They were still blissfully ignorant of where we were going at that point. Greg and I both had Cheddar Brats, by the way, and they were really delicious. 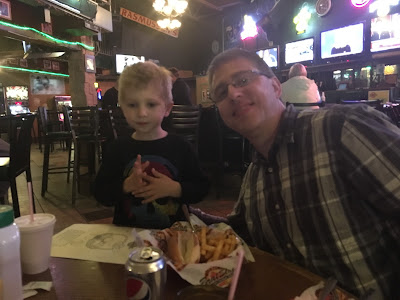 Henry and Nick totally bought our tale that we were taking Grandma Toni for lunch and then to a park for her birthday. "This seems like a long drive for hot dogs," Nick commented. But even Nick didn't figure it out until we were in the parking lot of Timber Ridge. "Why are we here?" he said. 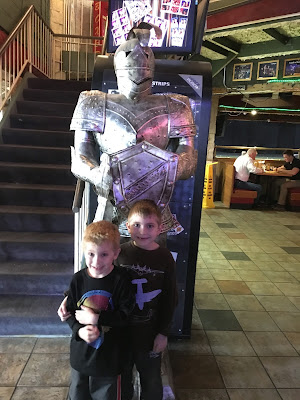 We actually didn't lie--Timber Ridge is a park. A waterpark, that is. In addition to the waterpark, you can also swim in the bathtub in our hotel suite--if you're under eight years old, that is. 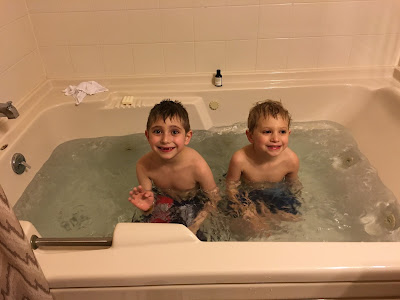 Oh, and we certainly did celebrate Grandma Toni's birthday! 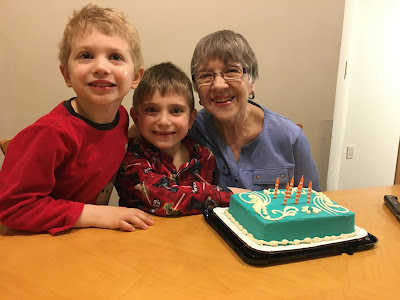 This year, the boys picked out a necklace and an adult coloring book and markers for Grandma. They all colored together in our hotel room. 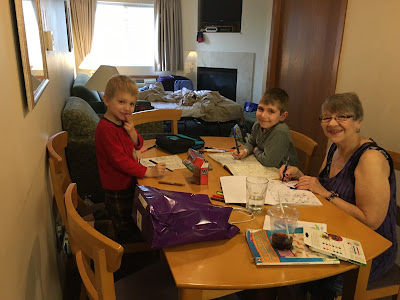 More tomorrow about the water park. I still can't believe they were surprised again, when we went exactly one year later, to the exact same hotel we'd gone to previously. Something tells me, though, that I won't be fooling these two again.
Posted by Melissa E. at 9:27 PM