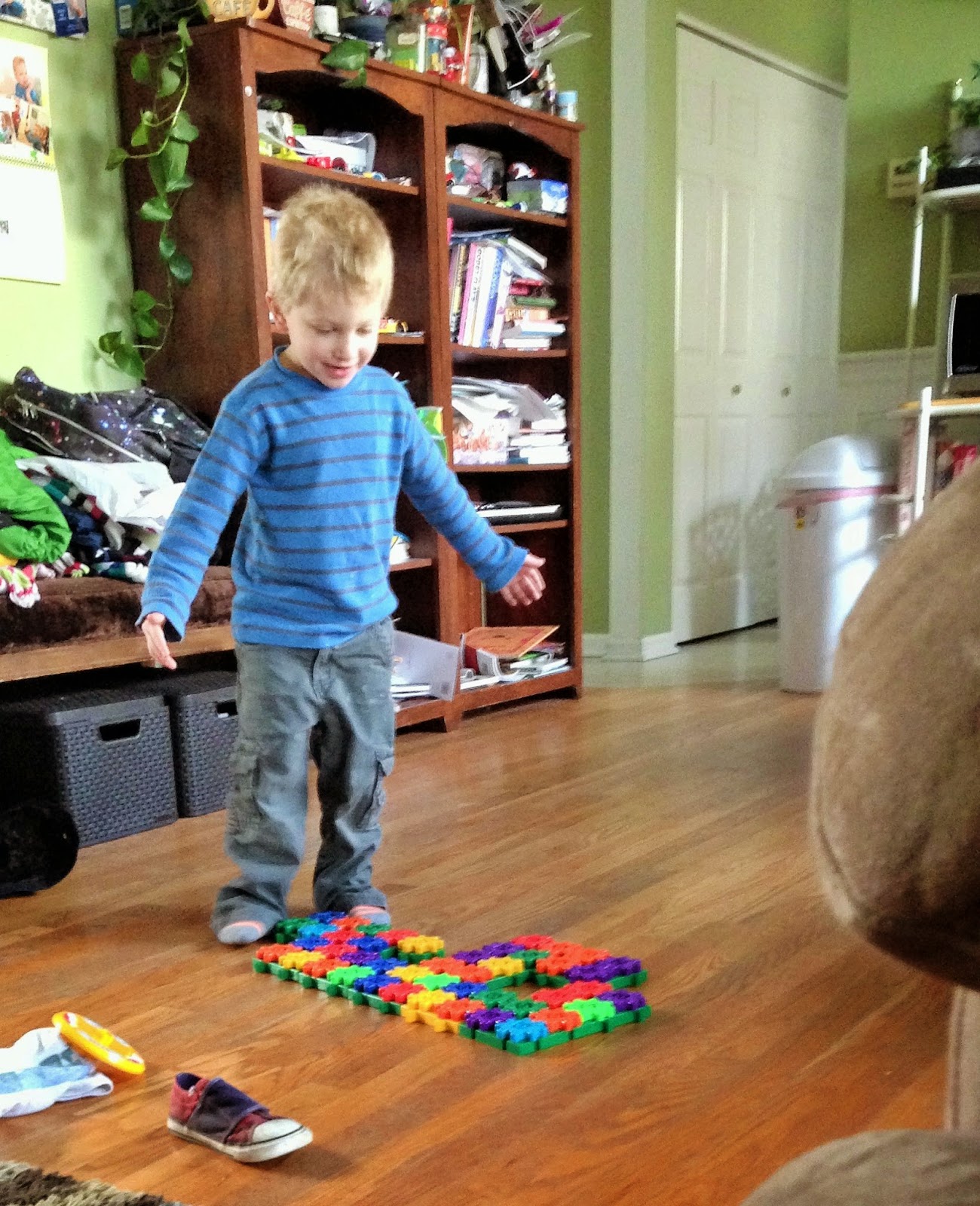 Henry played with his gears for a good hour today. He spun them left, he spun them right, he chatted about which color gears went where.


Nick brought home his class book. It's a take off on Dr. Seuss's Green Eggs and Ham. All the kids told the things they would not eat. As we read it, Nick told me he would eat every single thing that each kid wrote about. (Carrots, broccoli, potatoes, chocolate, eggs, etc.) Then we came to his page. . . 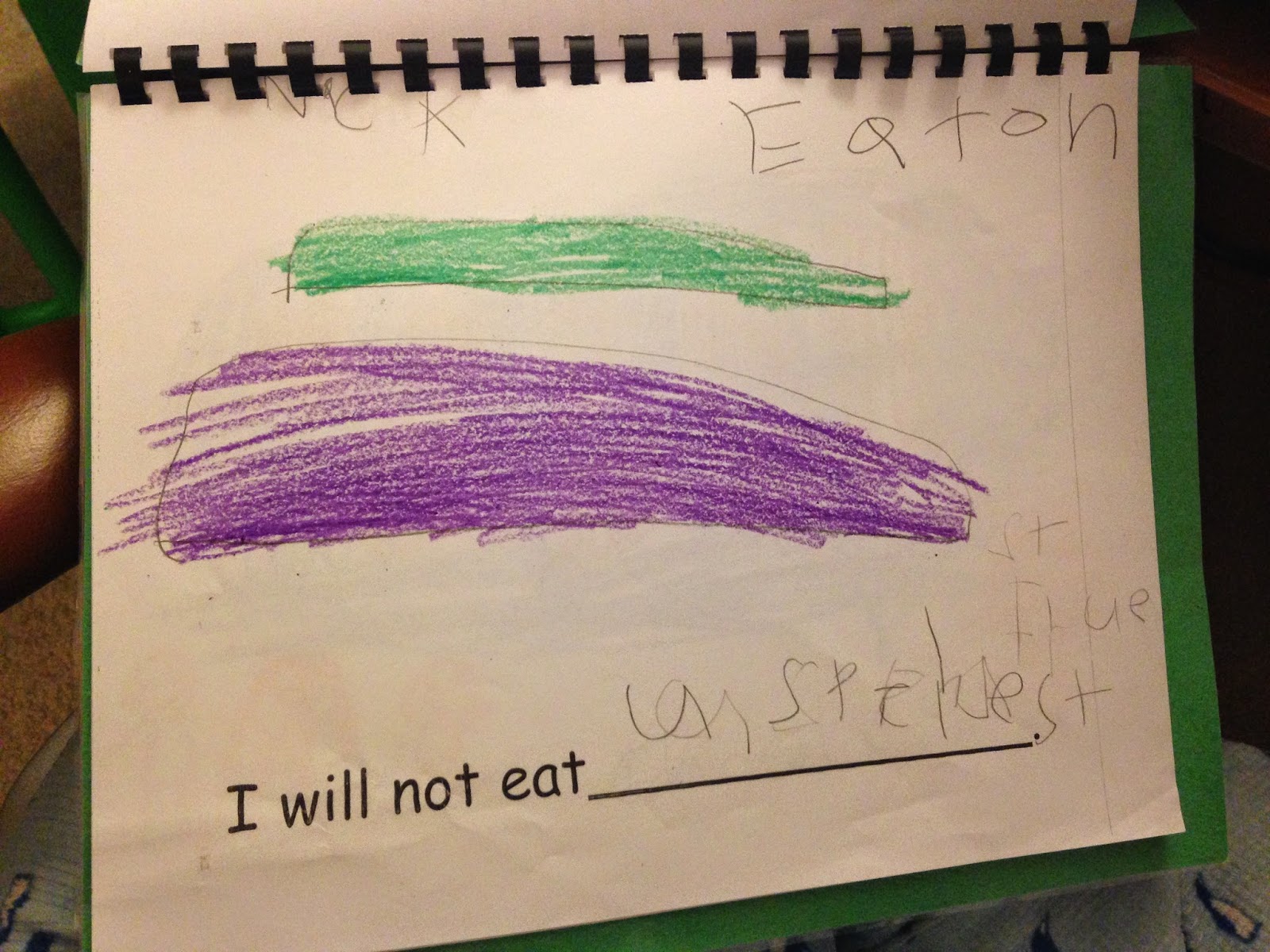 If you're not well-versed in Kindergarten spelling, that's asparagus. Yup. He said he doesn't like either the purple kind or the green kind. Nick told me he doesn't like the bumps on the end. That'd be fine, except he ate the green kind of asparagus last week and said it was yummy. Fickle. That's what he is. Ahh, well. At least he said he'd eat every single other item in the class book. 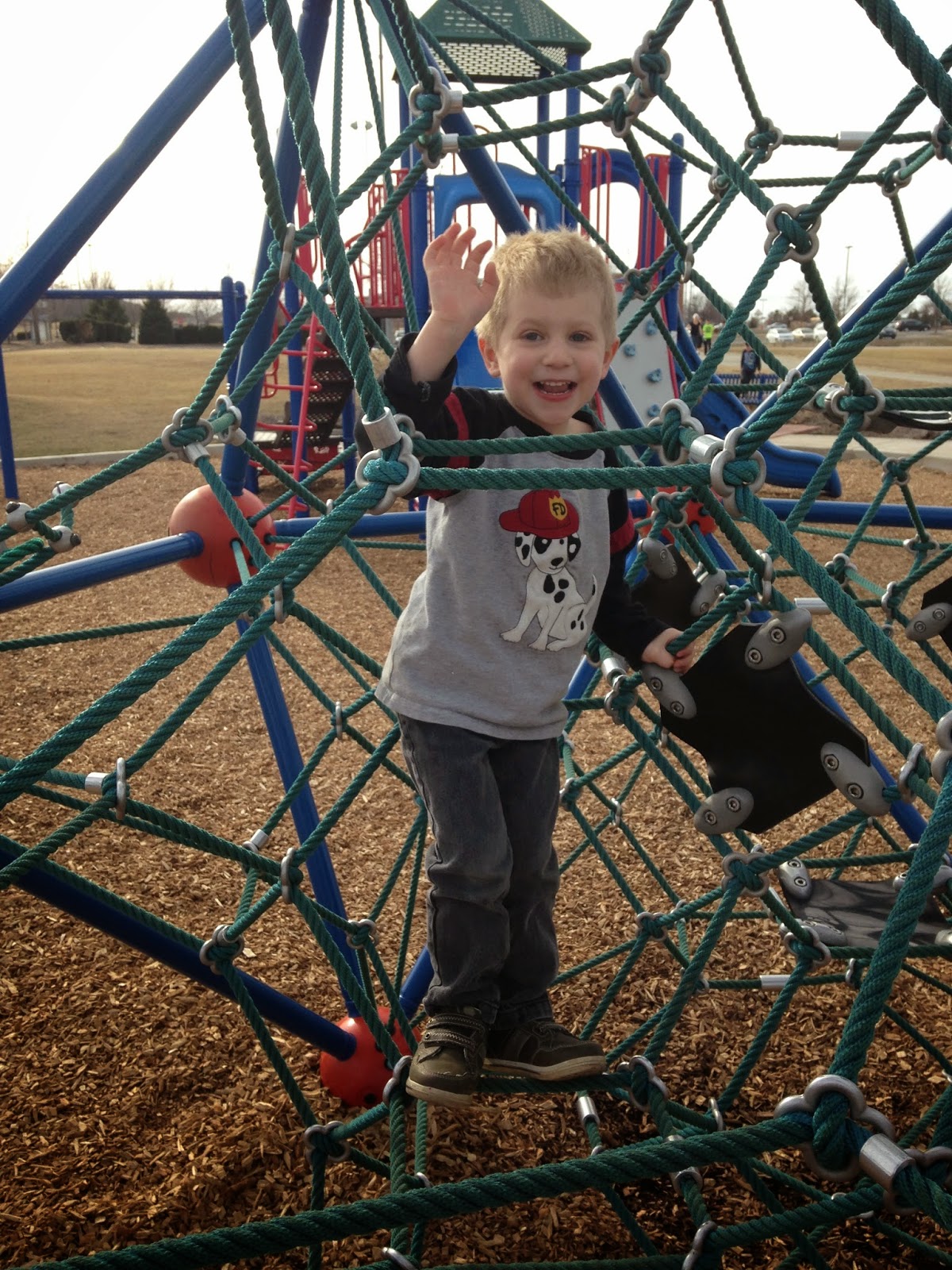 Henry is becoming quite the climber. He's also introducing himself to strangers at the park, as in, "Hi, I'm Henry. I am three. I can climb to the top!" 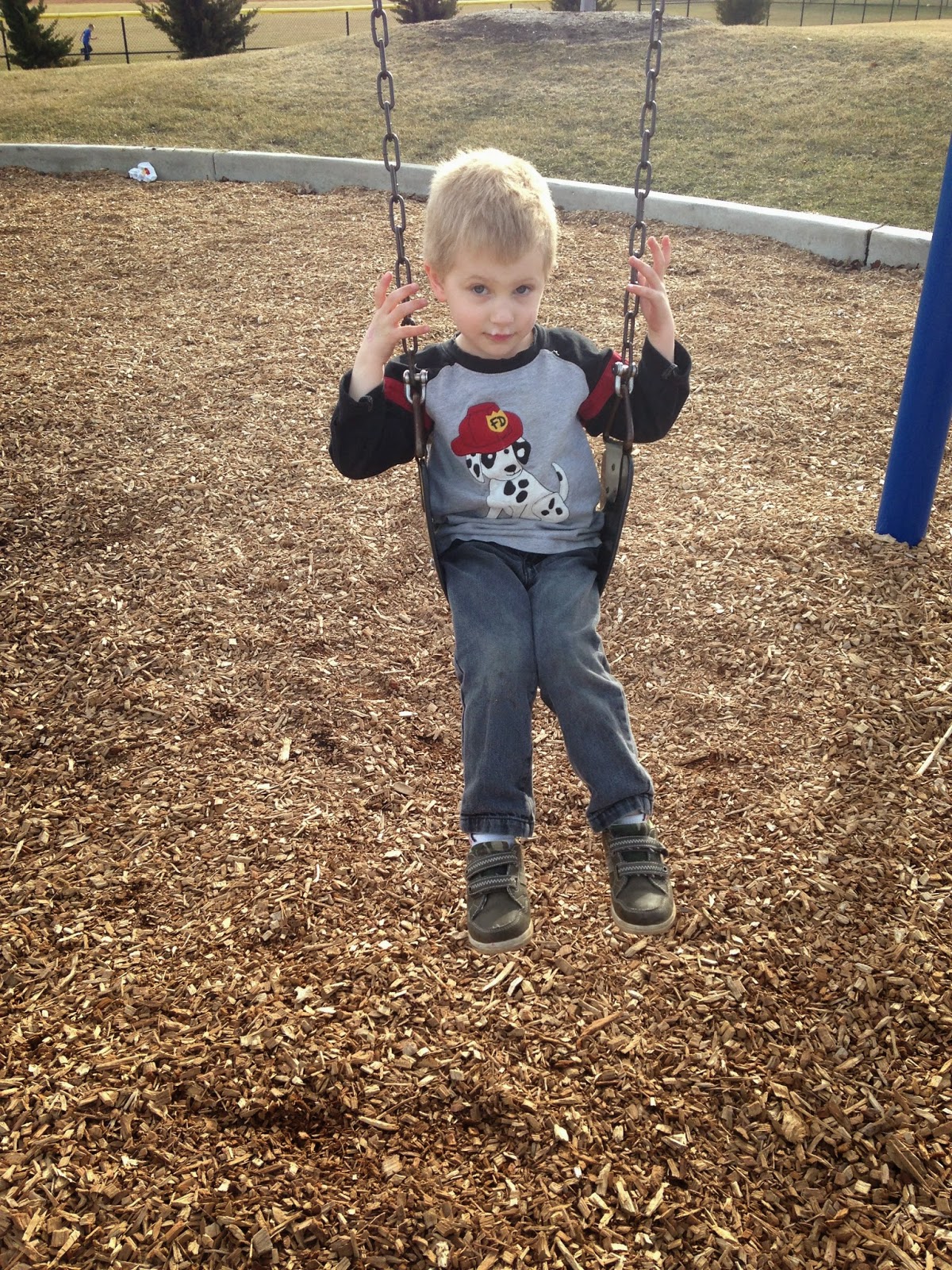 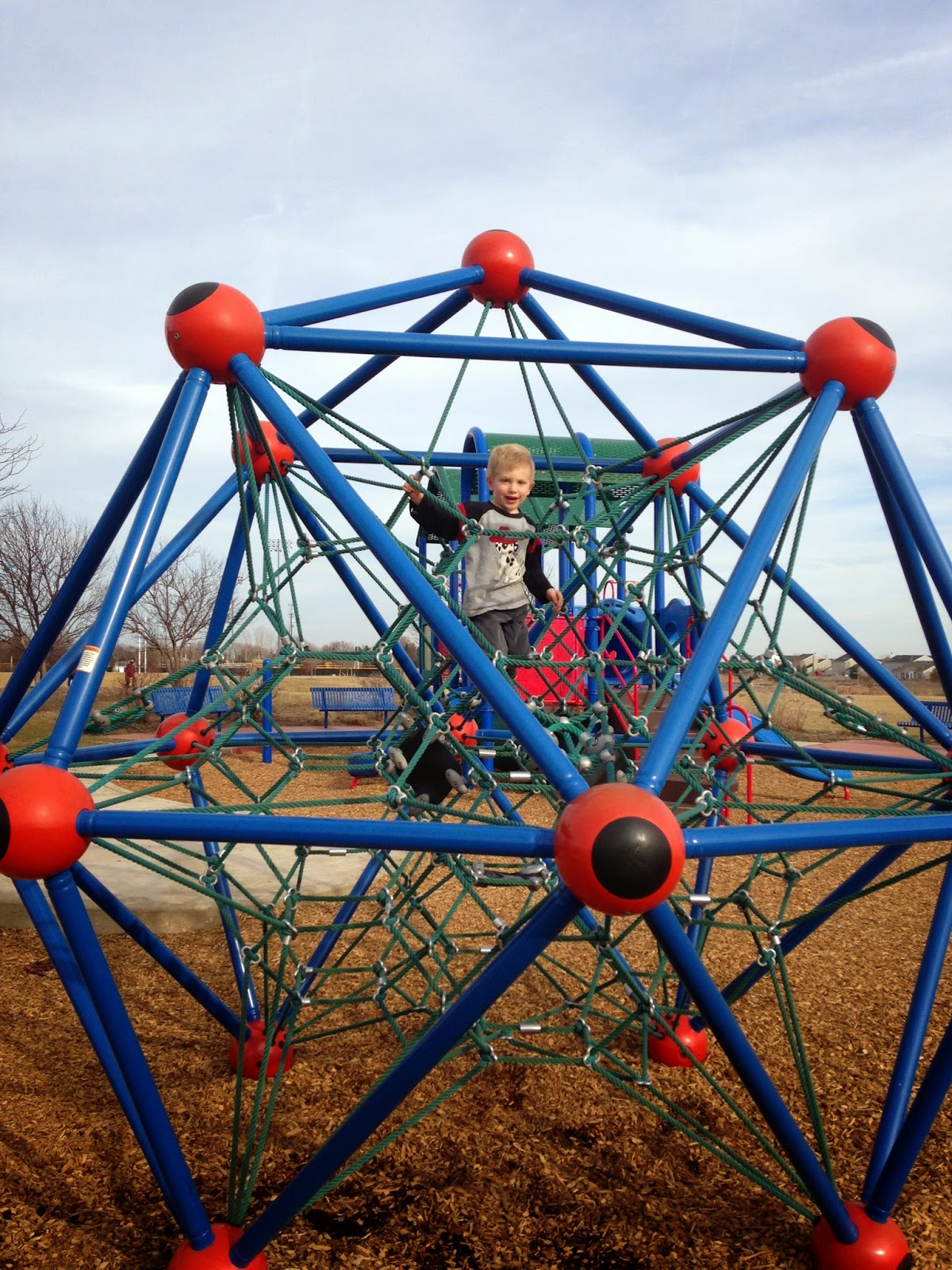 After we left the park, several teenagers and somebody's grandma all said, "Bye, Henry!" because they all knew who he was. It's pretty cool to see strangers understanding his speech after such a long struggle for him to talk. We had his IEP meeting this week, and they said that most of what Henry said is now intelligible. (60-70% of what he says is understandable.) That's a huge gain, and we're very proud of him. 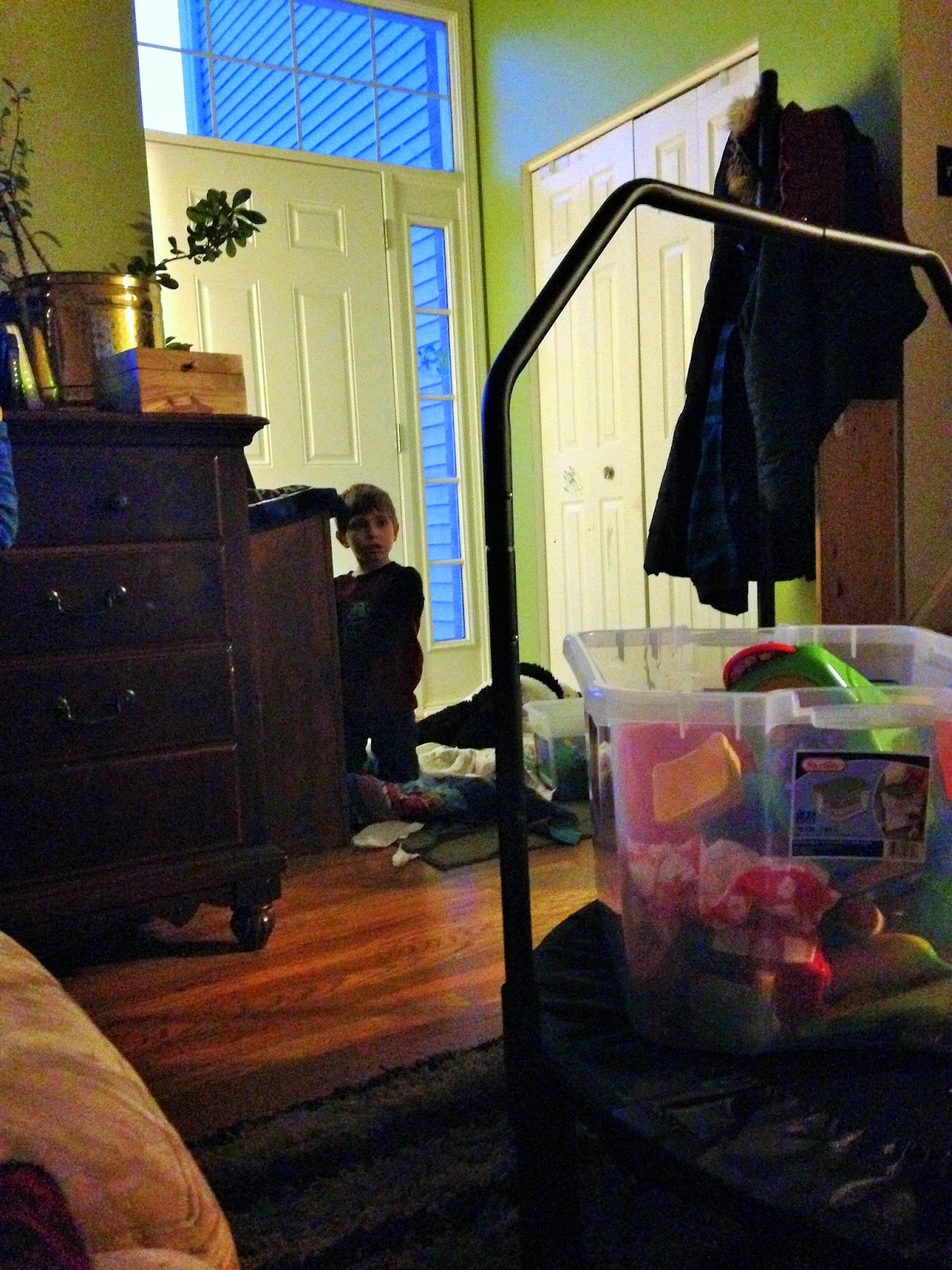 Nick has developed his stealth skills. I had him grounded from the tv this afternoon and sitting in the corner, while Henry had earned an episode of Penguins of Madagascar. I thought Nick was behaving himself rather well in his corner until I noticed his intent stare and awkward kneeling stance. 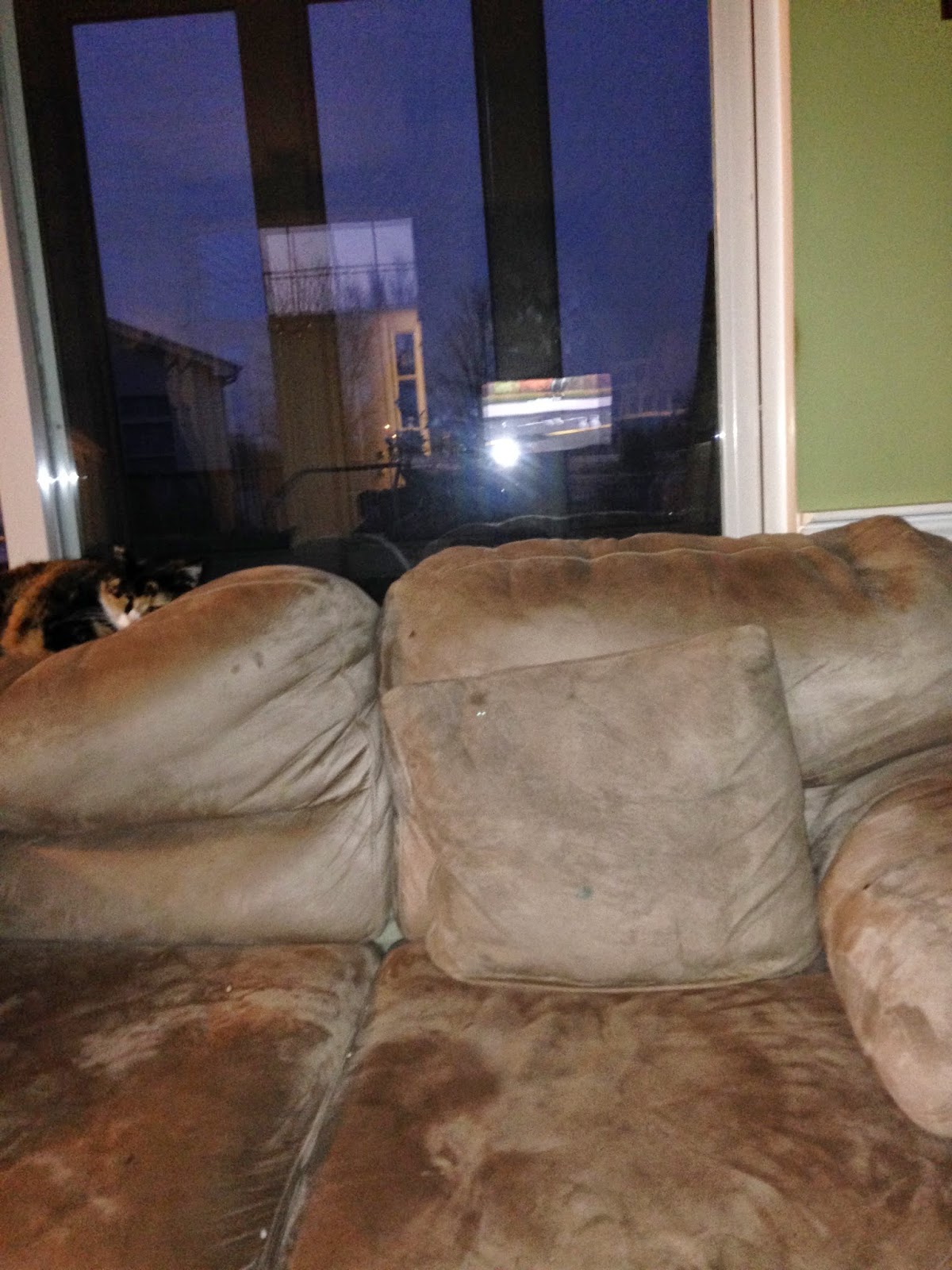 Turns out he was watching the reflection of the show in the sliding glass doors. I'm embarrassed it took me so long to figure out what he was doing.
Posted by Melissa E. at 9:55 PM