Last week I took both boys in for their well visits--Nick had his three-year, and Henry had his six-month. The nurse took Nick's blood pressure for the first time. He liked it, strangely enough. 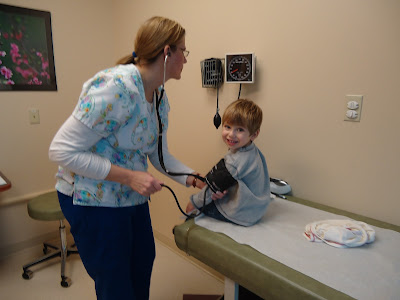 According to our pediatrician, Nick is stout. That's because he's below the 2nd percentile for height, but his BMI is at the 82nd percentile. Stout. I don't really like the term. I'm not denying that my boy is solid, though. Perhaps he'll have a growth spurt soon and gain a little in stature. Here they are in the waiting room. 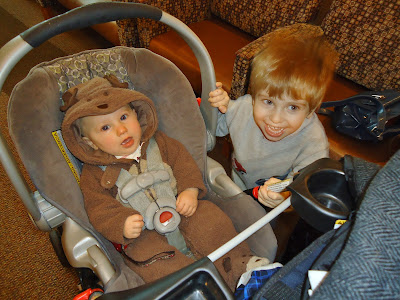 Nick is doing well with his milestones. As the doctor was asking me about his language development, Nicholas decided to question the doctor. "Can I please see that stringy thing around your neck?" "Do you mean the stethoscope?" "Yes. I want that. I want to use the stethoscope. Please!?" The doctor laughed and let him talk her into borrowing it. Then she told me, "Obviously his language is doing just fine, then."

Nick eats pretty well, though he's not consistent. Some days he'll eat practically nothing, and on other days he'll eat absolutely everything. We try not to make a big deal out of food, and that has worked well so far. 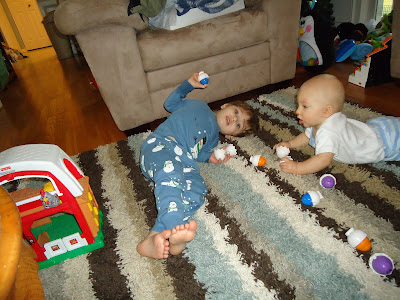 Henry is not stout, though he is definitely growing. Since his last doctor's appointment in November, he has gained more than a pound. I also think he'd qualify as the record-holding infant in the snot production races. This boy can make some boogers. 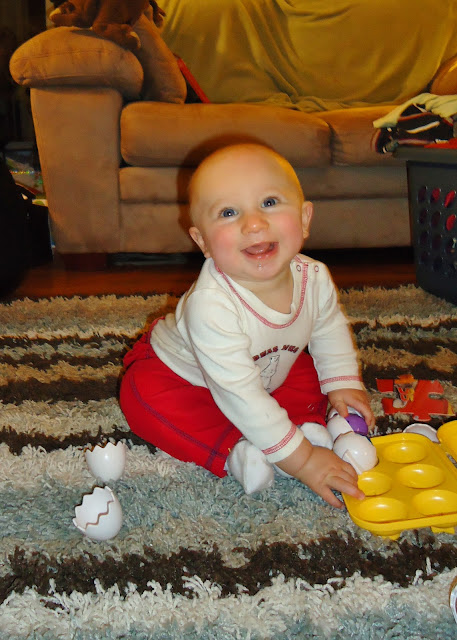 Henry, apparently, is ahead with all of his milestones. He is sitting up, crawling, using a pincher grip, and furiously rolling over to his stomach every time you put him on his back. This makes Henry's diaper changes quite interesting, and indeed quite messy. 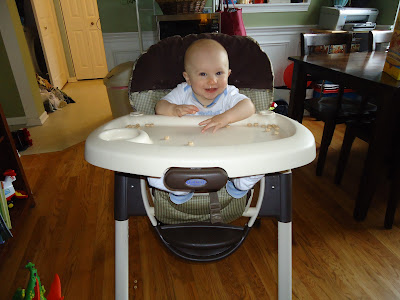 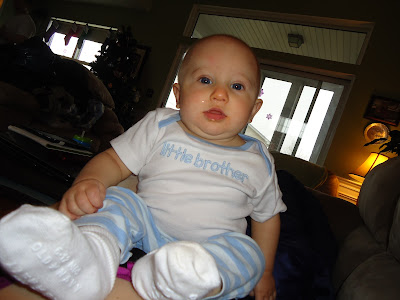 He does eat a ton, though. Henry can put away up to two jars of baby food in a sitting. He loves Cheerios and anything else he can get his baby paws on. 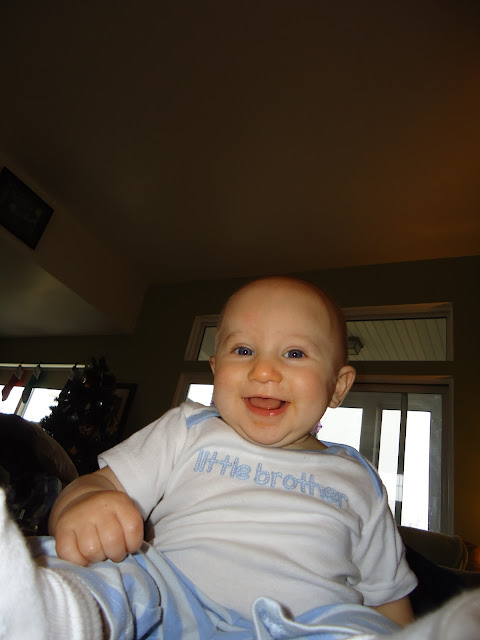