A Fun Time at School

As I was driving home from work today, Nick insisted that I head towards his school. "There's a fun time there tonight!," he insisted. "I get to go dunk my teacher!" I wasn't quite sure what he was talking about, but I drove over to Nick and Henry's school. We ended up having a really good time at this school/community event.


Wow--they charged $1 for three tries to dunk a teacher, and they were raking in the dough. 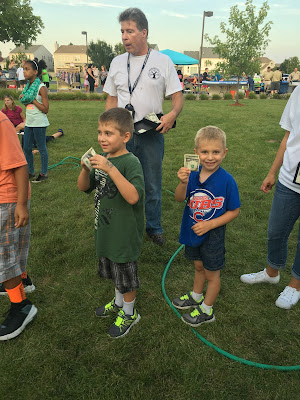 What a fabulous way to raise money! Nick and Henry tried twice, but didn't actually hit the target. Later on, they tried again with another teacher, and Henry cheated just a little bit.

As usual, the blow-up attractions were a hit with Henry and Nick. This one was a race through a maze, and they didn't even mind waiting in line for this one. Nick's the one in the green t-shirt, by the way. 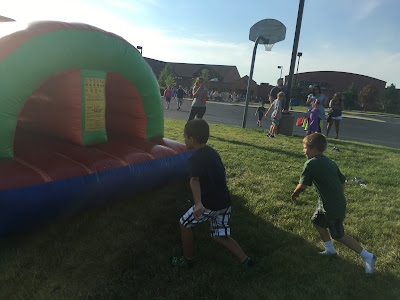 Henry wants me to save my pennies and buy him his own bouncy house. I told him to keep wishing. 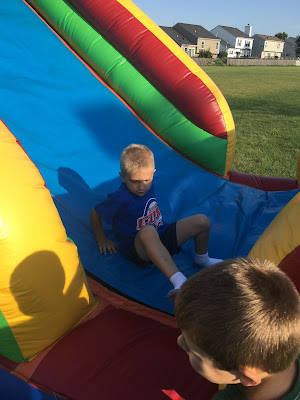 There was a little boat race, where the boys got to use a straw to blow a little boat across a tiny river. They did great, although again, Henry gave himself a little "help."

The boys have already been asleep for an hour now--they pretty much came home and crashed. Nice way to end their first week of school. 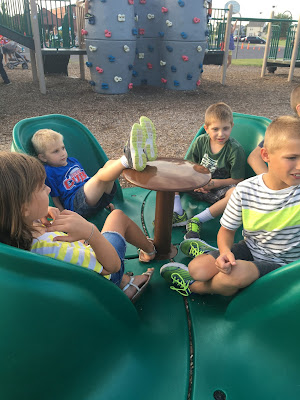