Our 4th of July Celebrations

We actually celebrated the 4th over two days, and this year the weather was cool and lovely. On the 3rd, we went to the Lisle Eyes to the Skies Festival. This particular event has gotten more and more crowded over the years, so we wanted to get there early enough to get a seat for the fireworks. 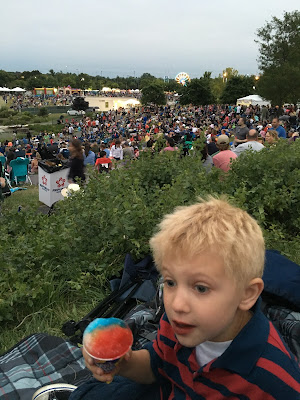 The spot we chose gave us a great view, although we were on a hill and kept sliding down into those bushes you see there behind Henry. A poor sad margarita was lost to those bushes. On our way to the park, much whining ensued, mostly because we had to carry blankets and chairs. 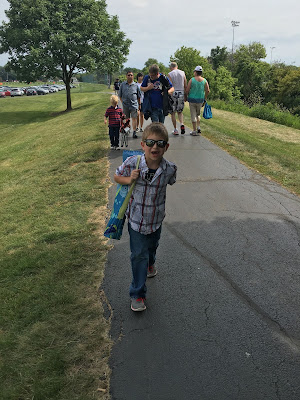 Henry got so tired he had to rest while we were waiting in line. Good thing he brought his own chair. 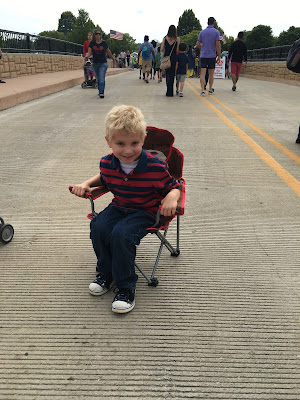 We all wore jeans due to the cool weather, but did you know mosquitoes can still bite you through jeans? Me either. 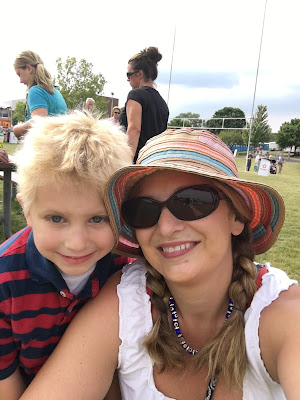 Grandma Toni joined us for the day, and we walked up and down that darned hill a thousand times--easily enough to work off all the ice cream, drinks, and fattening foods we ate! 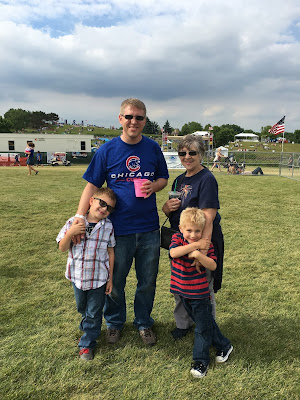 The bouncy houses were a hit with Henry and Nick, though the price was NOT right--roughly $1 per minute of bouncing. 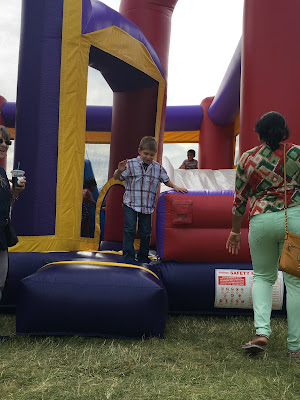 Though we didn't see many balloons due to high winds. . . 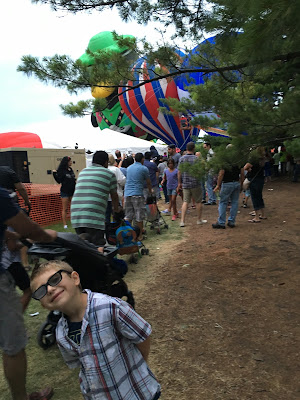 There were plenty of mac-n-cheese nuggets. Yes, apparently those are a thing. They went over very well, seeing as Nick and Henry ate them all! 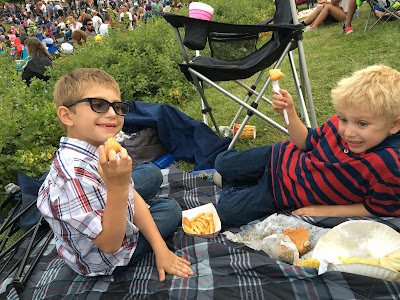 There were so many people at this festival that we didn't get home until well after 11 p.m. 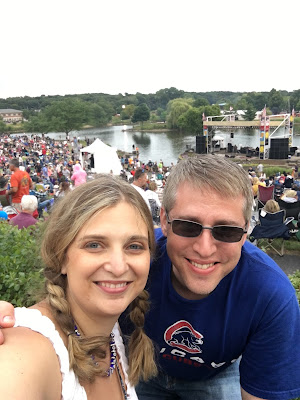 Our actual 4th of July celebration was much more low key, and we ended up staying home the whole day. 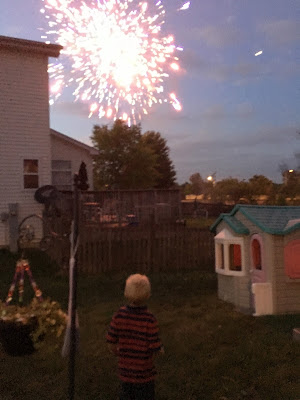 Our neighborhood tends to have multiple, ahem, explosive (if not strickly legal) celebrations, so there was plenty to see and hear. Oh, and Greg and I had a fire in our fire pit as well. Here's what Henry and Nick had to say about that:

Yeah, I know it kind of sounds like a war zone in the backyard. The mosquitoes won the war, that's for sure. Despite wearing long sleeves and pants, I was covered in bites. We had s'mores and enjoyed the show until pretty late. 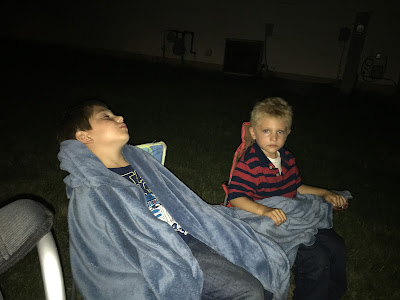 Nick didn't make it too long, as you can see. He got sleepy and passed out in his chair. He reminds me of that one guy who'd always pass out early at college parties. 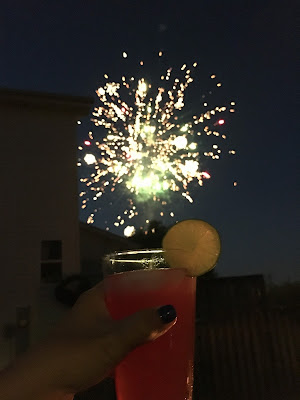