How do I keep my little guys entertained? Well, my latest hobby has been bargain hunting at the Goodwill. Check out our finds from this week.


Yup, they sell costumes at the Goodwill. Henry thinks he might want to be a penguin for Halloween, and at only $5, I took the risk of buying a costume long before Halloween. Actually, Henry wanted to be a "Storm Trooper Penguin," but a mom has got to draw the line somewhere.


Nick found this $3 light saber, and he proceeded to take it with to the grocery store and have pretend battles down the aisles. I have to say, he was fairly responsible with it and didn't bump anyone or anything. We also found a whole bag of gears ($2) to add to the set we already have. Now we can build "super machines!" as Henry calls them. 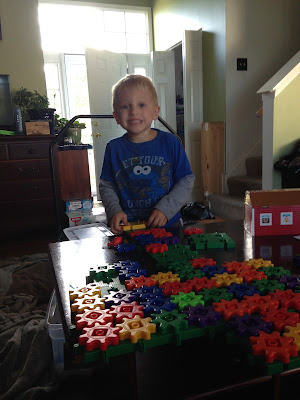 Did anyone request sandwiches? If so, Nick and Henry can hook you up. Goodwill had a whole felt sandwich-making set for $2.  They both like to play with food toys and pretend to cook, so this deal was delicious. 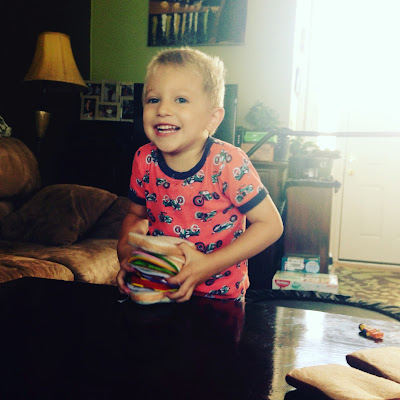 After last week's three-day weekend, this one seemed especially short. I'm already looking forward to next weekend, though it's going to be a busy one. In the next three weekends, we have three weddings and a birthday party to attend. We will have to struggle to make enough time for fun games, like Chutes and Ladders, which Henry calles "Chutes and Slides."