Summer Vacation 2013: Henry goes caving, or how a sucker saved the day

The Mammoth Cave part of our journey ended with one final cave tour. We had scheduled it for late morning on the day we planned to leave for Gatlinburg. Our plan was to tire the boys out with a cave tour, grab some lunch, and cross our fingers that they'd nap in the car during the long drive.


Henry and I wanted to visit the cave, but with a somewhat shorter tour. We chose the Frozen Niagara Tour, which only covers about a quarter mile over an hour. 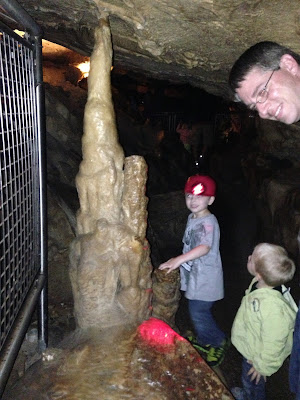 We were hoping Henry would enjoy the experience and walk on his own.If not, we knew we could carry him for this shorter tour.  Nick was thrilled to be able to wear his caving helmet, and grinned the entire time he was underground. We told Henry he could earn one too, once he made it through the cave tour. 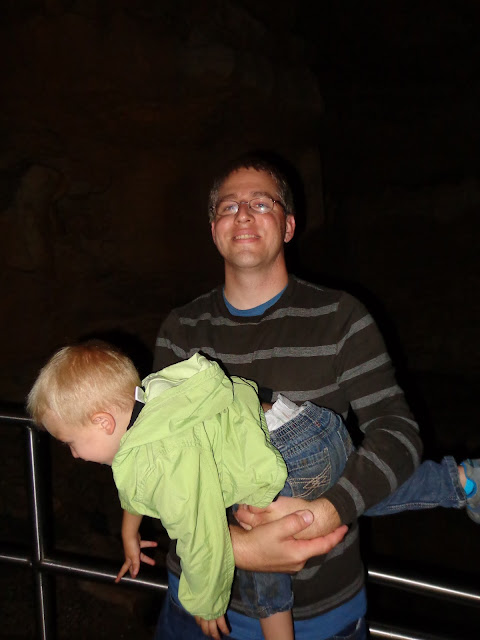 Well, Henry made it through the cave tour, but not without a few hiccups. Henry, you see, made a whole lot of noise. It can be really hard to hear the tour guide when a two year old is shrieking. 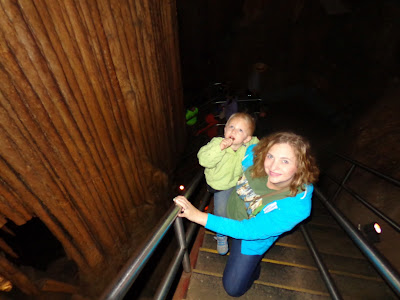 Thank goodness I had smuggled a few SugarDaddy suckers in my purse. Instant quiet, though I had to carry Henry through the majority of this tour, since he was enthralled with his sucker. Here we are in the drapery room, where there are some really cool limestone formations.


This trip was a truly unique experience and I'm glad the boys had the chance to experience it while they are young. I bought them some bat puppets and a Gail Gibbons book on Caves so that they could continue to learn about the geology and biology involved.


They have been playing cave sometimes since they got home, so I think our visit made an impression. 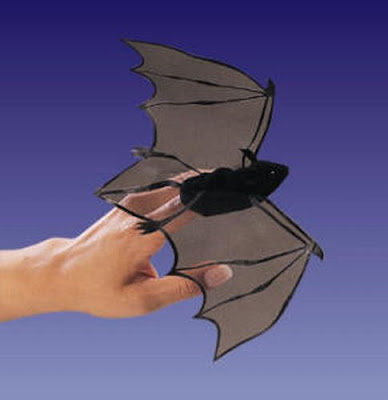 Grandma Toni read them the book nearly every night on our trip. She loves this national park as well, and took Greg and his sister when they were young. There's even a valley on the Mammoth Cave property (Eaton Valley)  named after Greg's great-great(?) grandfather, Henry Eaton. I believe he gave up some land when the national park was established.  That's partly where Henry got his name--it's an old name from Greg's side of the family. 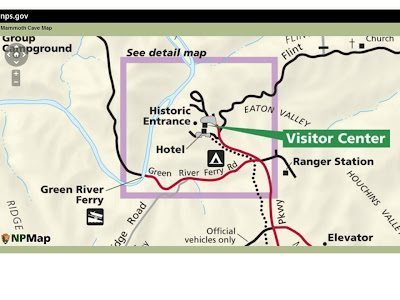 Grandma Toni held up really well during all of the tours. She's in great shape, even when chasing a four-year-old! 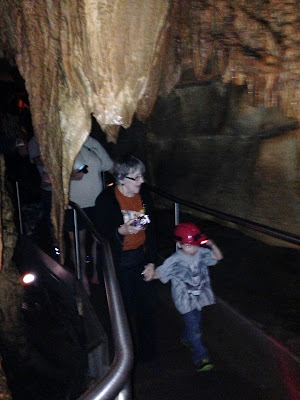 Nick liked this part of the tour a whole lot, because there were so many different stalactites and stalagmites and columns to see. He used his cave helmet the whole time. 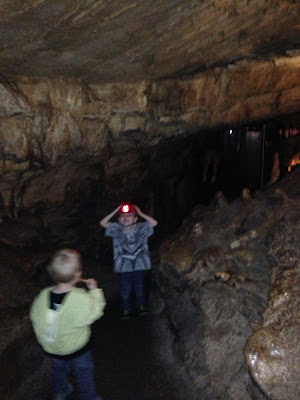 Beautiful! I'm so glad I got the chance to take a tour while we were down there, even if I had to do it carrying Henry and his sticky sucker. 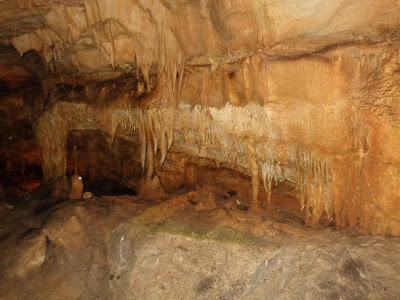 When we got back to the Visitor's Center, Henry earned his own cave helmet. He did the Henry-man happy dance of joy. Check out his Mammoth Cave t-shirt. We all wore new cave t-shirts that day.

After a quick lunch, we set off for Gatlinburg, which was about 5 hours away. I'll write more about this next leg of our journey tomorrow.

Just in case you've been overwhelmed with the daily blog entries, here are the vacation posts so far:

I am not sure how many posts I'll have in total, but some highlights of Gatlinburg include a train trip we took out of Bryson City, NC and a trip up the mountain in a special closed car. For a relatively short vacation, we kept really busy, and I have so much to write about. I am afraid if I don't write all of this down, I will forget it quickly.  :)
Posted by Melissa E. at 7:50 AM