When Greg and I visited Gatlinburg back in March, we stayed at a place off the main strip. It was nice, but we had to drive to go into town, and parking is expensive. So this time, we chose to stay at The Edgewater at the Aquarium, mostly because of its location. We chose a mountain view room, but didn't realize how close the mountains would be!


We had a great view of the outside portion of the pool, even if our mountain view was somewhat blocked by, well, a mountain. The hotel was decent, though I wish there had been more elevators. We spent a lot of time waiting. My Yelp review of the hotel is here. 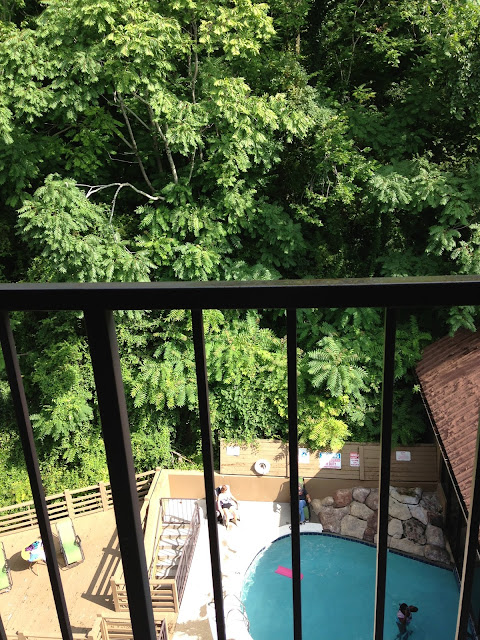 Having Grandma Toni with us turned out to be quite wonderful. She did lots of cuddling, and she has more patience than almost anyone I know. Grandma was also great for story time, and she didn't mind that the boys wanted the same two books over and over and over and over. 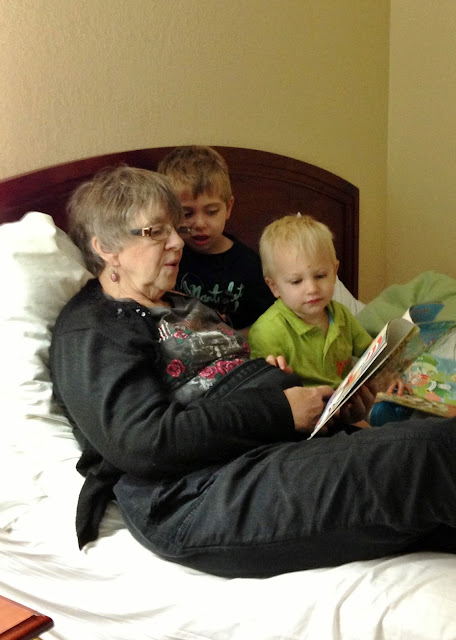 We did use the pool twice, though I wish there would've been a kiddie section. Nick and Henry are both wary of the water, even if we're holding on to them. They liked the hot tub because they could touch bottom. 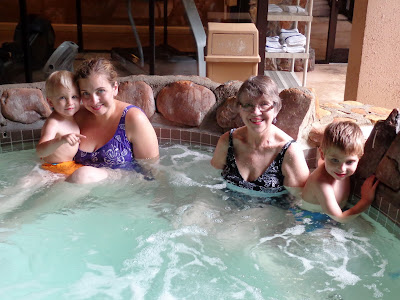 The second time we used the pool, we put the kids in their "floatie suits," in the hopes that maybe they wouldn't be so scared. Henry hated his suit. . . 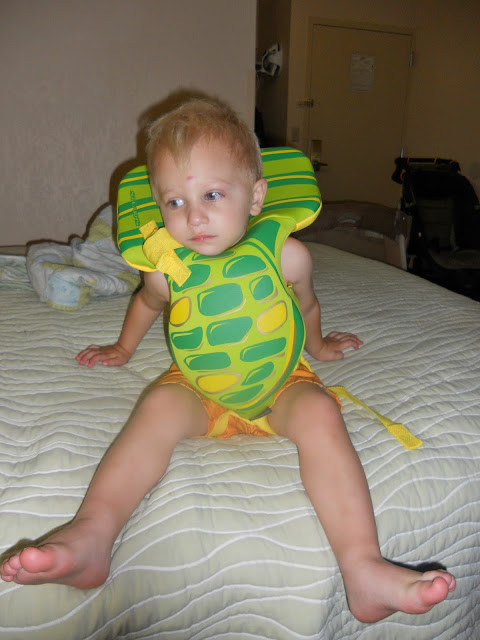 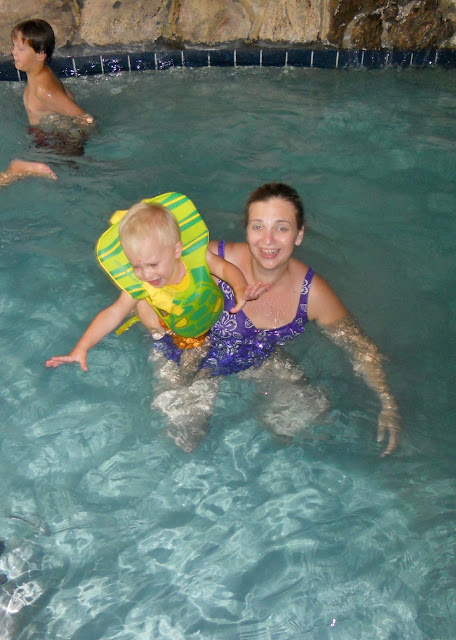 We eventually got him to like it, once he realized we weren't going to drop him. 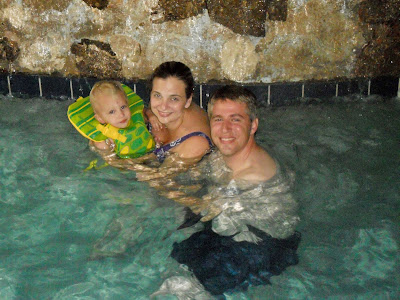 Nick, on the other hand, never quite got over his nervousness. For awhile, we couldn't even get him to step in the pool.


He tried it, eventually, though he was extremely clingy and nearly hyperventilated the entire time. 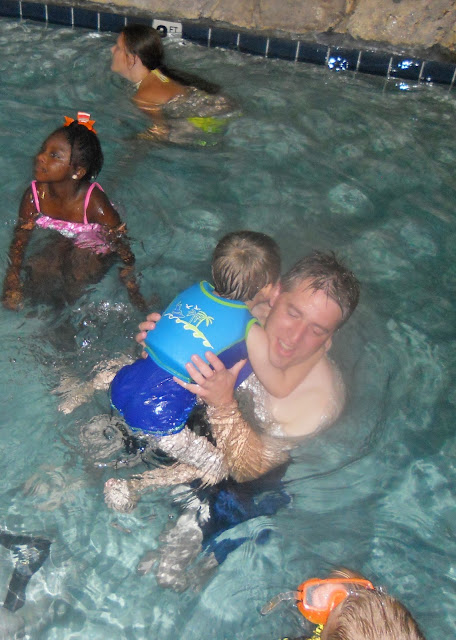 The hot tub was still their favorite. We had both of them throwing temper tantrums when it was time to get out. I can understand that. A hot tub is like a giant bathtub. 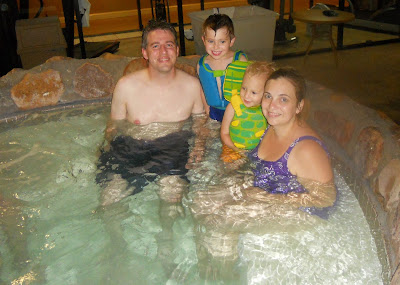 The best thing about swimming is that it makes kids very tired afterward. Henry passed out with a book on his head! 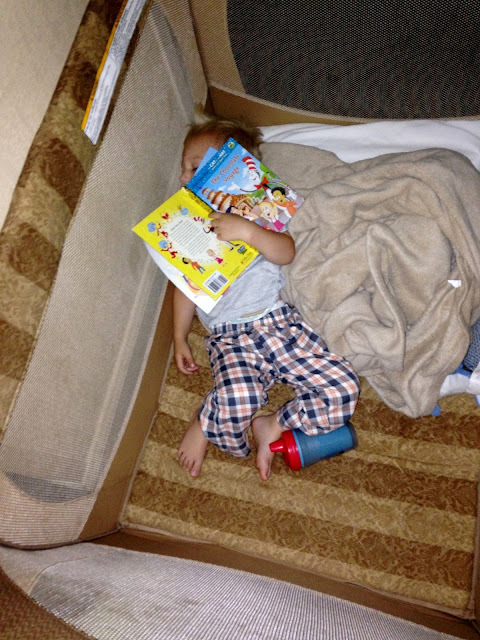