Sometimes new appliances cause more problems than they solve,. . .

. . . not that I'm complaining about our new fridge and dishwasher. The appliances themselves are wonderful. We picked them out at Lowe's because we really, really needed them. 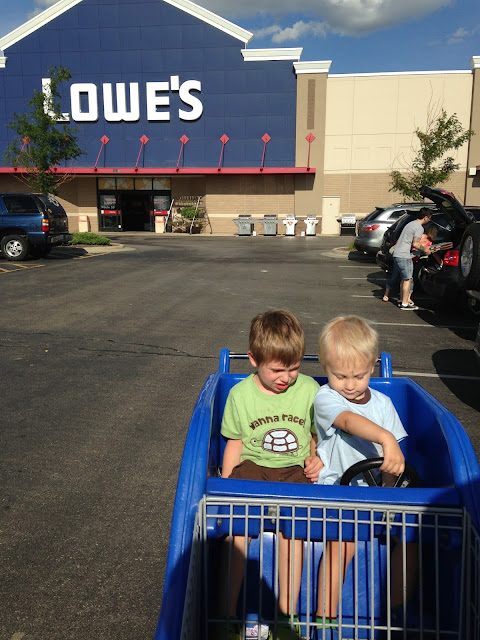 Do you see the expressions on everyone's faces? Believe me, we wouldn't brave Lowe's on a Saturday with both of our children unless we were desperate. 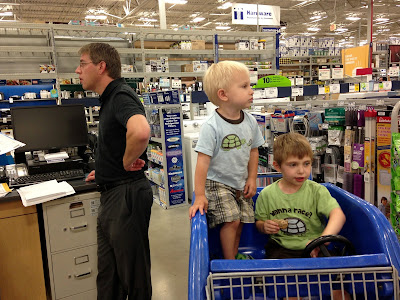 Our old dishwasher was missing three wheels and didn't actually wash dishes. Instead, it kind of sprayed water around haphazardly and melted anything plastic. Our fridge was very small and some of the plastic shelves on the door had completely ripped off. It also didn't have an ice maker, which is ridiculous for someone who drinks as much ice water and iced tea as I do. 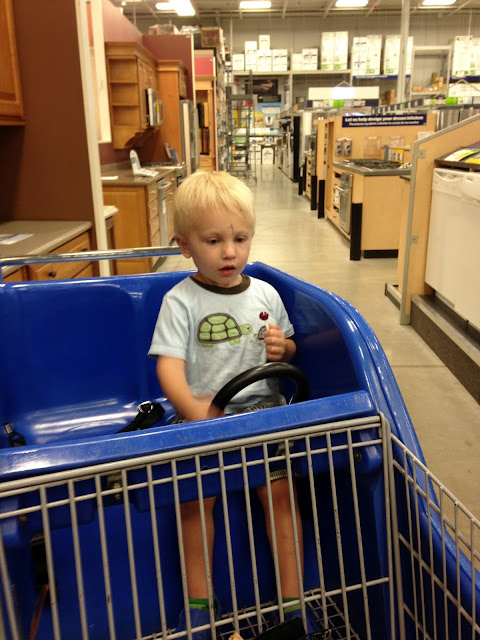 Thus the trip seeking appliances. We spent most of the time taking turns dealing with the fights Nick and Henry had over who got to sit on the side of the cart with the steering wheel. Oh, and Henry shrieked if we didn't stay in almost constant motion, which is very hard in those gigantic carts, which maneuver horribly and turn on a hula-hoop. (I was trying to think of the opposite of turning on a dime. That was the best I could come up with. . . )


We picked out a nice, much larger side-by-side fridge with a water and ice dispenser in the door. Nothing fancy, but for us, it is definitely a step up. It's a good six inches taller, is much deeper, and has shelves that completely come out for when your two-year-old spills grape juice down the side, for example.


There is only one small problem with our new refrigerator. Do you see the water/ice dispenser in the door? Notice how it is placed low enough for our Henry to reach. That, of course, is the problem. On any given day, Henry walks over to the kitchen, finds a cup of some sort, pours himself some water, and then plays with it. He either pours the water from one cup into another, or outright pours water onto something. Like our couch, for example. Or into a drawer. 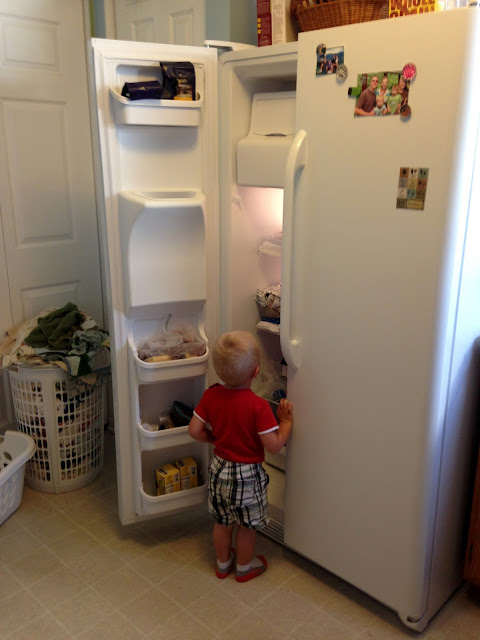 I don't have too much to say about our new dishwasher, seeing as my husband does practically all of the dishes. However, the wonderful thing is that it actually washes dishes. Henry, by the way, isn't crying about the dishwasher. He's crying because he wanted a second banana and I wouldn't give it to him. Henry is also always a little ticked off because we keep the garbage can, the cat food, and the cat water on the counter top so he doesn't dump them. 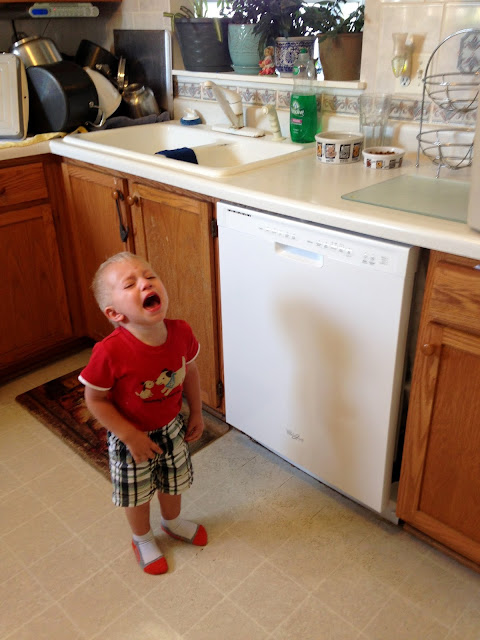 Oh, so the problem with the dishwasher? Unlike our old-fashioned one with the arm-type lock, this one doesn't lock. It has a "lock" function that prevents kids from turning it on. But the door itself doesn't actually lock. So, once Henry figures out how to pull open the door, we're in trouble. 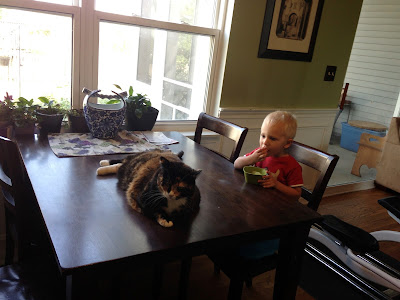