Henry turned two in June. Not only did we forget to take him in to the doctor, after I did take him in, I neglected to write a blog post about it. Such is the fate of the "forgotten" second child.


With Nick, I waited for the doctor's okay to switch him off of whole milk. With Henry, we just did it. Then, he had his 24 month visit at 26 1/2 months. Interesting, because he weighs 26 pounds. 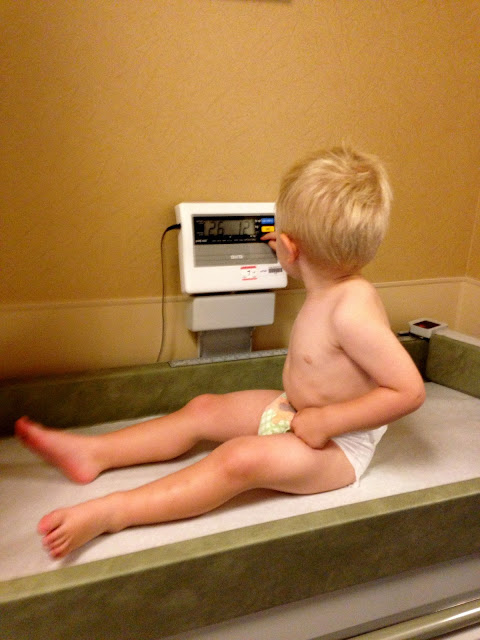 Henry hangs in around the 30th percentile for everything, and he eats like a hog, so we have no worries. The doctor did inquire about his early intervention services for the developmental delays, but he seemed to think we were being pretty proactive about it. Henry also showed off his great direction-following skills by showing the doctor all his body parts. 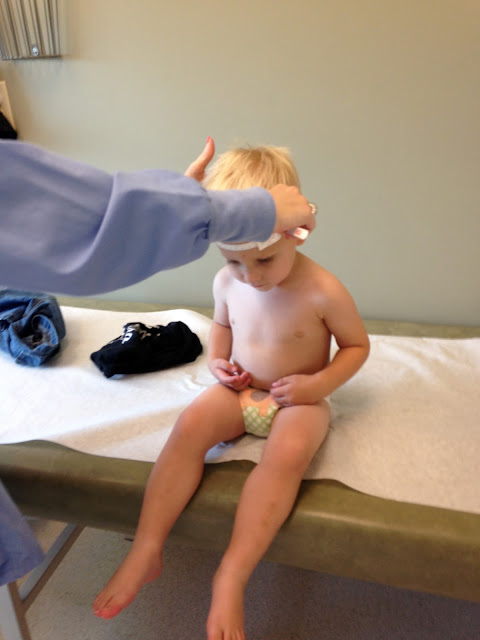 He is most proud of his tummy. Henry does have a pretty awesome tummy, though his feet are monstrous. I cannot believe how fast he is growing! I just bought shoes for him in a size 8 1/2. That is the size Nick wore in January of this year! My boy has some huge feet.He had to get a shot but only cried for about three seconds. It was a pitiful cry, but over quickly. 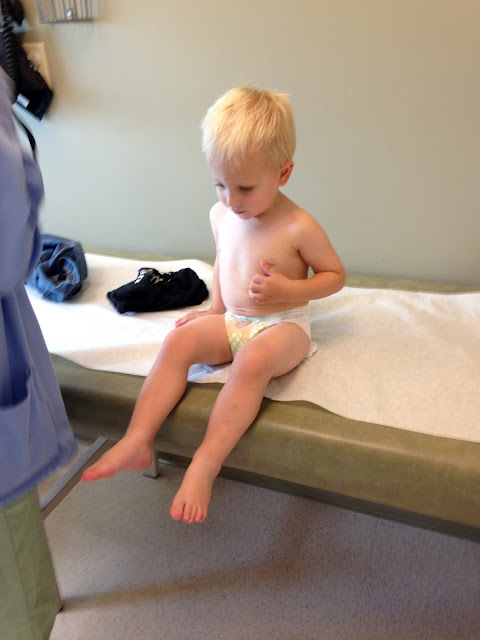 Henry wouldn't leave without saying goodbye to the fishies. The fish tank at this doctor's office is very popular with my children. Henry must've said "fishie!" about fifty times. 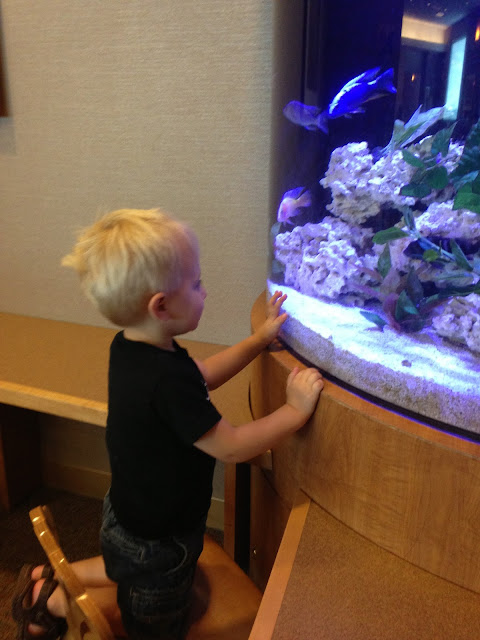 I have to admit, they are some pretty cool fish. Anyway, Henry isn't due for another well visit until next June, when he'll turn three.  Sniff Sniff. He's growing up so fast. 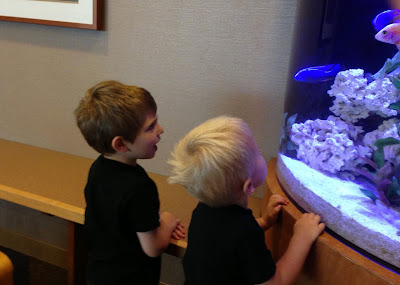