Just like last year, we decided to go up to Naperville's Ribfest for the Fourth of July fireworks. (and ribs, of course) 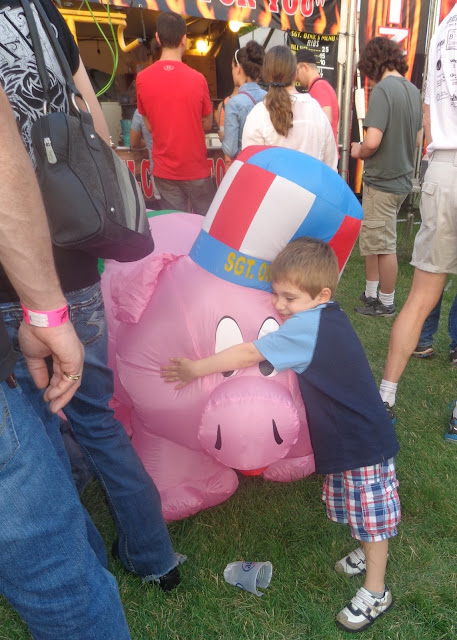 We had to park at my elementary school and take a bus down to the grounds. Henry reminded us not to bring any of the prohibited items. 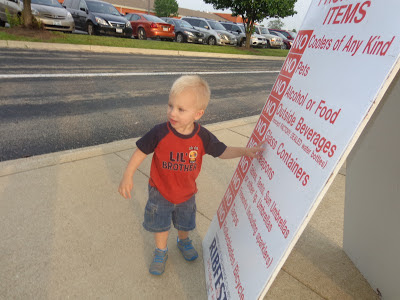 The weather wasn't too hot this year, but the crowds were seriously intense. I'm not usually bothered by crowds, but this kind of people crush was just a tad overwhelming. We had to wait in line for over half an hour just to get ribs, and then another half hour for fries, and the same for drinks. 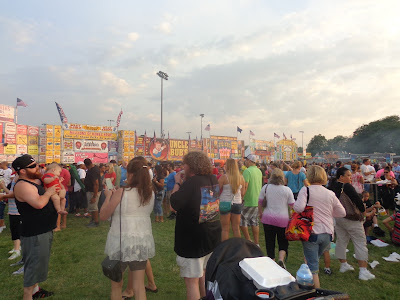 The ribs were good, but I have to say that we decided on vendors based on which line was the shortest. Lines seem longer when you have a screaming toddler trying to wiggle out of his stroller. Lines seem endless when there is also an impatient four-year-old pestering you with tales of his hunger. "But I'm so hungry. I want to eat now. Where is the food? Why are we waiting so long? Is it our turn yet?" 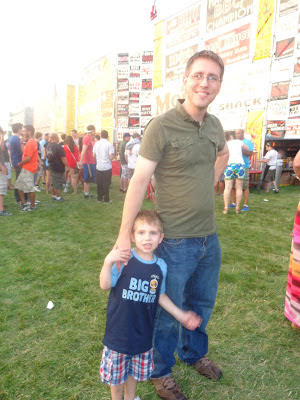 We ate all kinds of yummy/fattening things on Independence Day. Too bad they didn't have cheese fries in 1776. 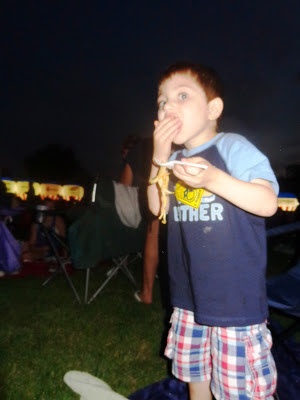 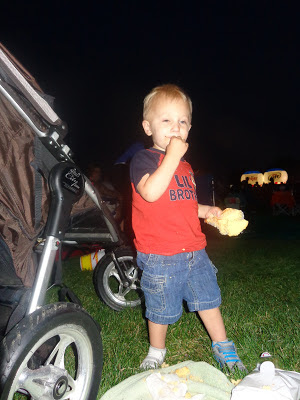 Speaking of greasy food, I think some grease must have gotten on the lens of my camera, because all the pictures I took after the cheese fries have blurry spots on the left side.

While we waited for the fireworks, the boys danced. Oh, boy, did they dance! 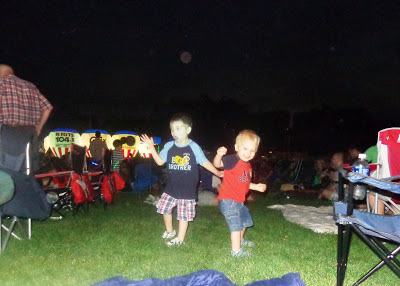 Henry and Nick also kept leaving and sitting with other families. (Usually families who had better food or toys than we did.) The flashing sticks and glow bracelets were popular, and Nick befriended a boy with a glowing light saber. 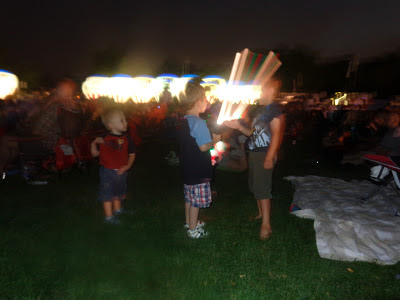 Henry adored the fireworks. He even tried to grab some. I'm glad that didn't work. 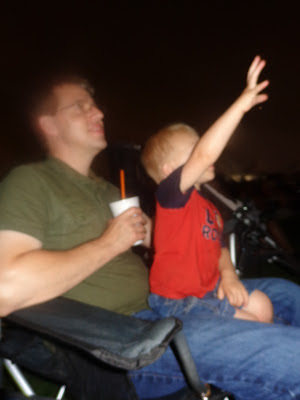 Nick was mad when the fireworks were over. "But I want more fireworks!" Little did he know that I would be taking the boys to another fireworks show on July 5th.  :)  More about that tomorrow.

I have to say that this is one of the longest and biggest fireworks displays I've seen in the suburbs. I'm not sure, though, that the crowds were worth the trouble. For the second year in a row, there was a problem with the shuttle buses, and we waited in the shuttle bus line for well over an hour. We didn't get back home until midnight.
Posted by Melissa E. at 11:44 AM