How We've Been Spending Our Summer

I have not worked at all this summer: no summer school, no writing jobs, no tutoring. This is the first summer I can remember since I was about twelve where I did no work. (At least, no work for which I am being paid.) Instead, I've spent this summer with my family. 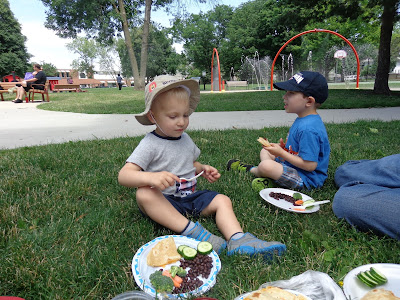 Not working has meant that I have to be more careful than usual about money, so I've been constantly on the lookout for free and/or cheap things to do with the kids. I've never been one to sit around the house during the summertime, and I was worried that staying home everyday would become boring. Instead, I've been really impressed with the variety of places we can go without breaking the bank. Since Greg only works about 25 hours a week, he's often able to join us on outings. 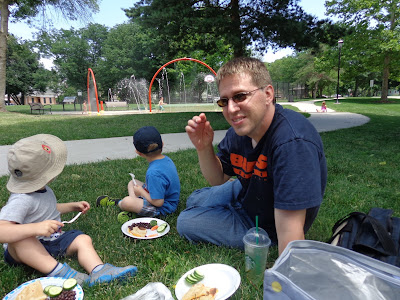 This particular outing was a Sunday picnic at Kensington Park in Plainfield. We have been having a lot of picnics lately. It's funny how a regular, boring old lunch is suddenly exciting to kids when eaten on grass in full view of a gorgeous park. Admission: $0. 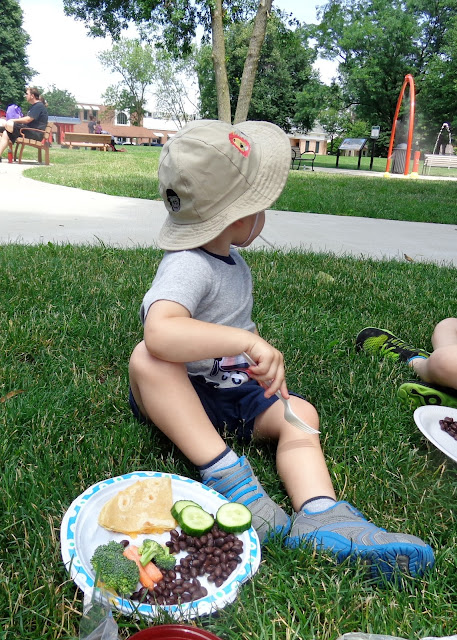 Our picnic was fairly simple. I have these insulated cooler bags, and I packed a hot one and a cold one. The hot one had our black beans, blueberry muffins, and some simple cheese quesadillas I made with this awesome roti bread dough I found at Costco. The cold one contained raw carrots and broccoli, cucumbers, and our drinks. The picnic didn't cost a penny more than eating at home, and most of the food quickly disappeared so the boys could go play. 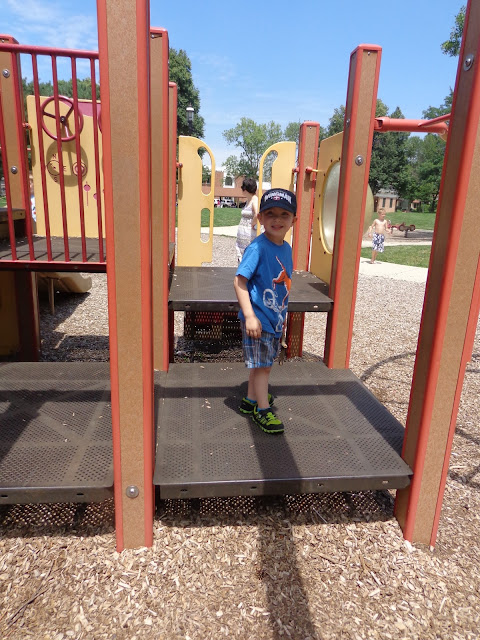 My kids need a lot of exercise, and if I don't take them places to climb, they'll find unsafe things to climb. I like this park because both boys are fairly independent on the play structure.


I mostly end up following Henry, not because he needs help, but because he tries to do whatever Nick does, even though Nick is bigger and older. I think Henry might be better coordinated, though. He climbs in some pretty incredible places, for a little guy who just turned two. 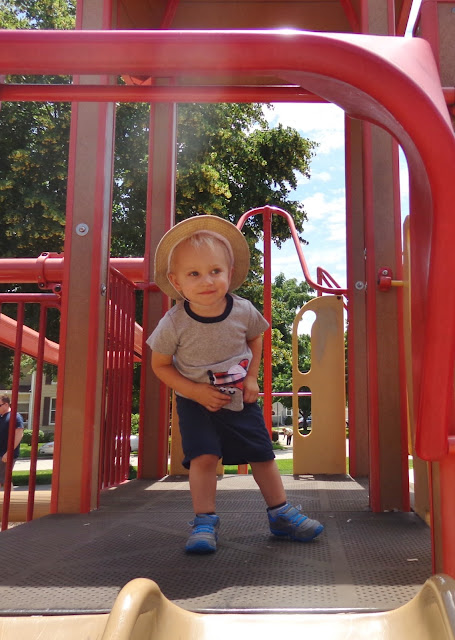 Lately, I always end up with more pictures of Henry. I think that's because Nick runs away from me, looking for other kids to play with, while I stick close to Henry so he doesn't decide on any kamikaze jumps. 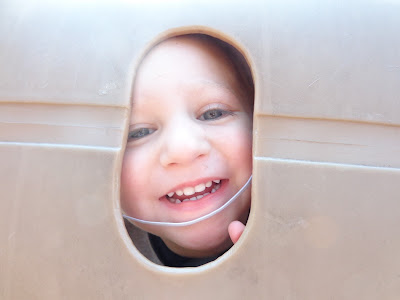 The boys especially liked this little tunnel with a peephole. 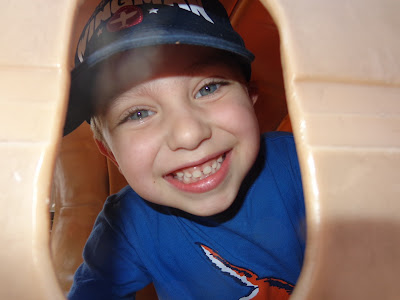 Henry liked climbing on the trains, although he kept trying to get on the rooftop. 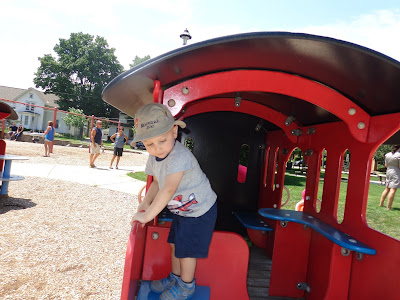 Daddy to the rescue! 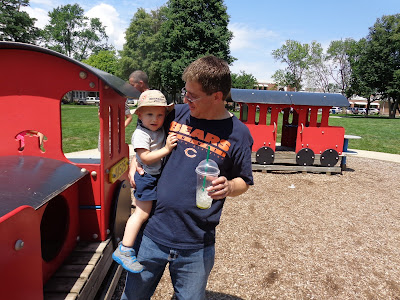 The cool thing about this park is that there are water sprayers at one end. The key is to avoid playing on the park after the water sprayers, because wet kid plus wood chips= one big mess. We tried our best to separate the two activities. 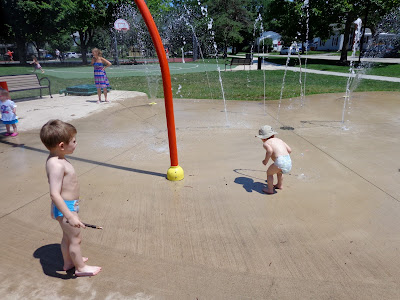 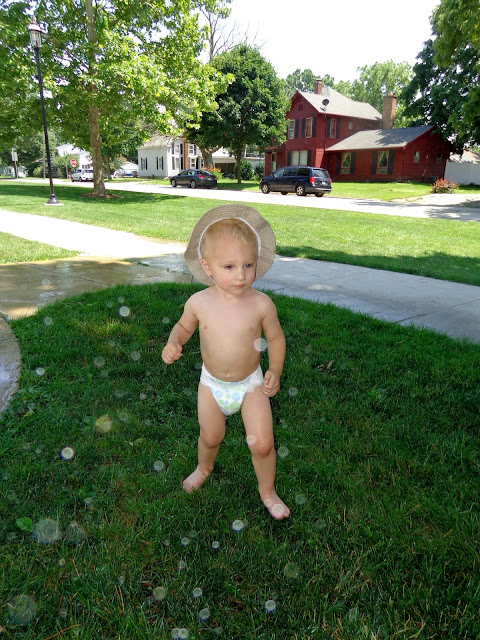 I hadn't realized this park had a spray attraction, so I just stripped them down to their diapers and slathered them in sunscreen. In the video, though, if you'll look to your right, in the grass, you will see a nice-sized mud puddle. Let's just say that Henry not only found the mud puddle but also sat in it. Thank goodness he could just spray off afterwards.

I made a conscious decision this summer to concentrate on the kids, and I have to say I'm enjoying myself quite a bit. That doesn't mean I'm not still looking for freelance work (Does anyone need a writer, editor, or tutor?) but I'm glad I decided against summer school this year. I feel like I'm getting to know my children better every day. 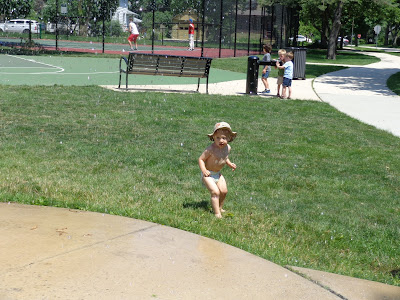