Swimming in the Doggie Pool

Last Saturday, my mom and stepdad were kind enough to watch the boys so I could go to a baby shower for my cousin. The boys were very excited to see their grandparents, but they were far more excited to get to swim in the doggie pool! 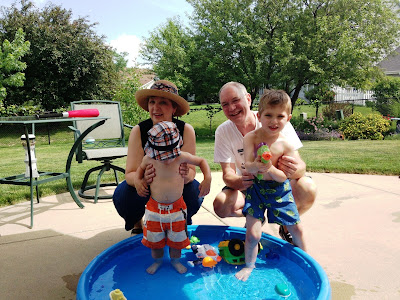 You see, Rusty, the doggie prince of the household, has his own pool. He is a generous doggie who is willing to share his pool with Nick and Henry when they come to visit in the summertime.

Grandpa Ray also keeps water guns and many other toys for the entertainment of little boys. Henry's entertainment came mostly from taking all of the toys and putting them into the pool, one by one. 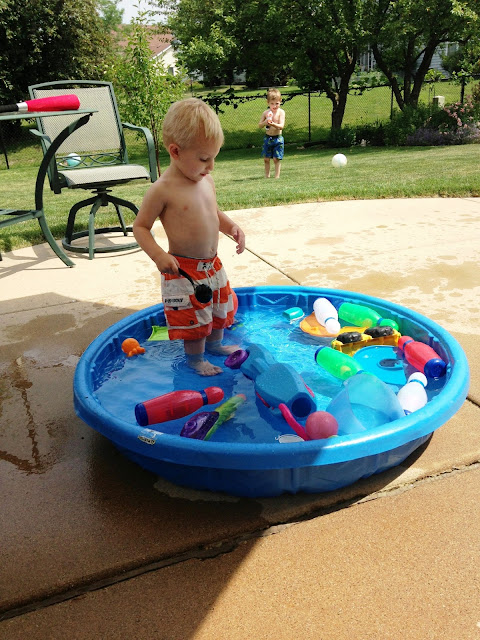 Nick preferred shooting anything and everything with the various water weaponry. 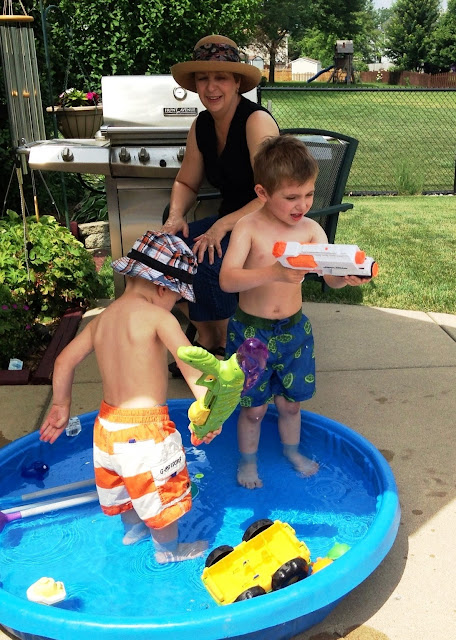 We tried to get Henry to keep his hat on, but it was mostly a losing battle. It ended up floating in the pool after a very short time. Henry's hair is so light it's nearly translucent, and I do worry about him getting sunburn on his little head. How does one put sunscreen under hair? I couldn't figure it out, but he didn't end up getting sunburn, anyway. 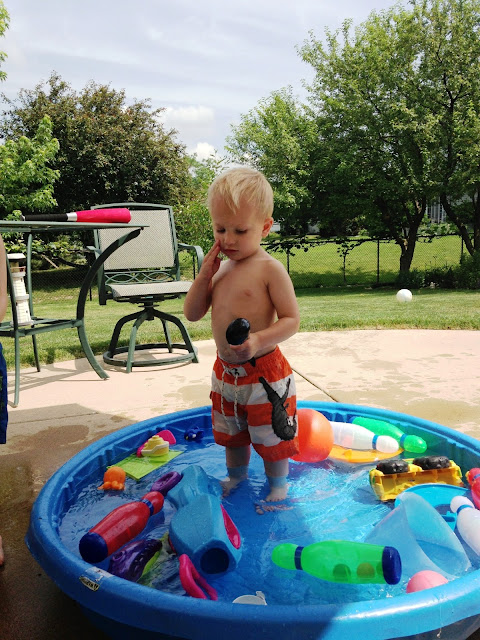 Henry did figure out how to use the water guns as well.


I do believe the boys had a nice time hanging out with their grandparents. When I came back, they were still full of energy and playing in the air-conditioning.