When Mommy and Daddy are away. . .

. . . Henry and Nicholas will play! Greg and I took a short getaway to Tennessee over spring break (I'll write much more about that next week) and the boys stayed with their Grandma Toni. On Monday, right after we left, Grandma took the boys to meet Auntie Mandy at the Du Page Children's Museum. 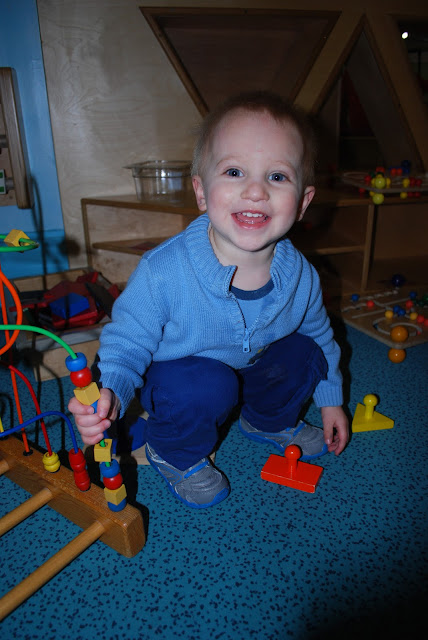 From what I hear, they had a blast. 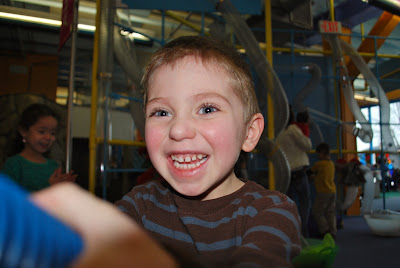 It is a daunting proposition to take the boys to the DCM, mostly because it isn't well fenced-in, and the kids tend to run in opposite directions. Two adults are the minimum. I think Auntie Mandy and Grandma Toni were exhausted. 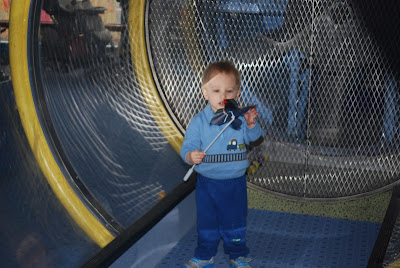 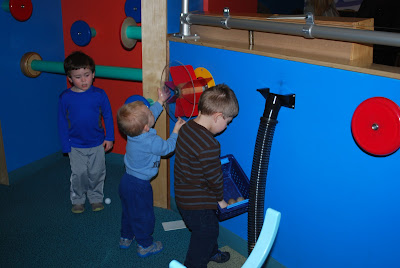 The trains are always a good idea. I think Nick was making train noises in this picture. I felt better about going away since the boys were having so much fun. 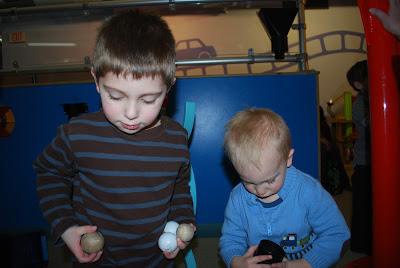 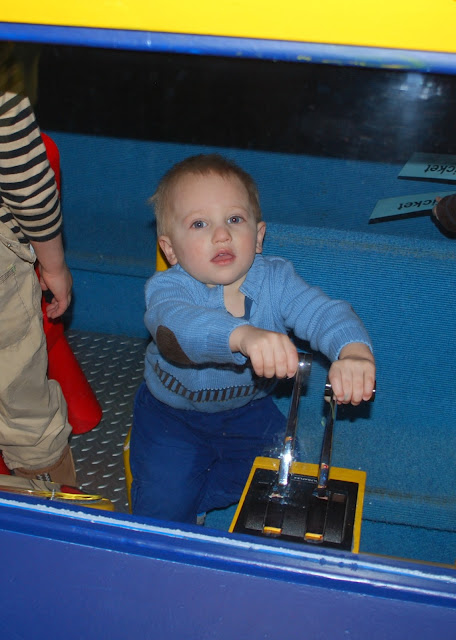 Choo-Choo! That's a word Henry is learning to say. He said it while I was uploading these pictures. By the way, there are more pictures of Henry than of Nick because Auntie Mandy (and thus her camera) chased Henry while Grandma Toni chased Nick. I think visiting this museum counts as a workout, no matter whom you're chasing. 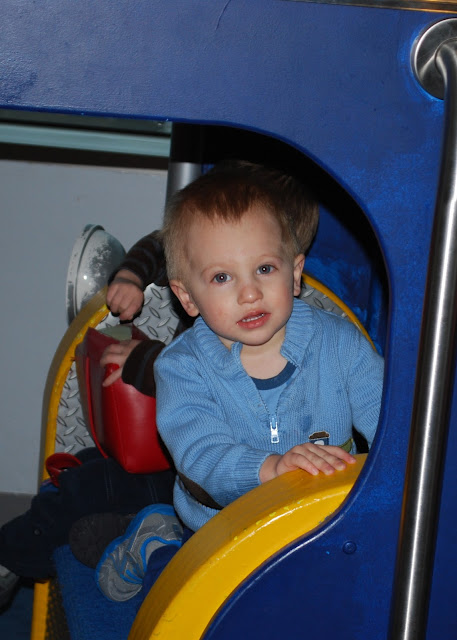 This week I will post about our trip to Gatlinburg, Tennessee. We had a great time, and visited some pretty awesome places. 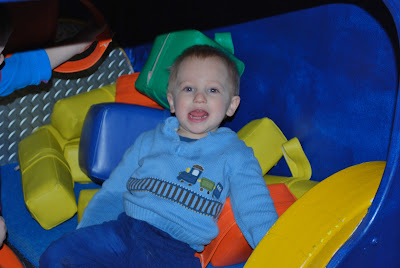