BBQ and White Carpeting in the Northern Suburbs

First of all, no, we did not eat the barbeque on the white carpeting. Only chocolate chip cookies, after we got back from dinner. Last Saturday, we went up to see Aunt Sarah and Uncle Jay's new place. They took us to Real Urban Barbeque in Vernon Hills. 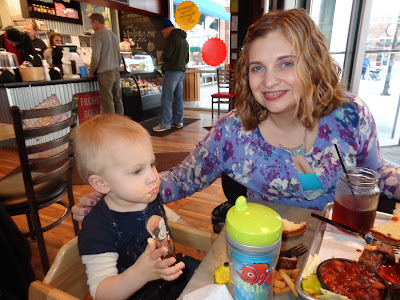 I liked the iced tea that comes in mason jars and the yummy baked beans. Nick liked the pig decor prevalent in this restaurant. He was petting the little piggie. 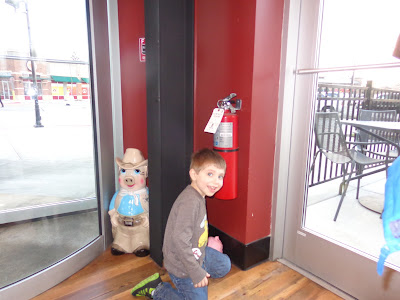 I'm glad Sarah and Jay brought us here. The food was really good, and I often don't like barbeque, so that is high praise indeed. 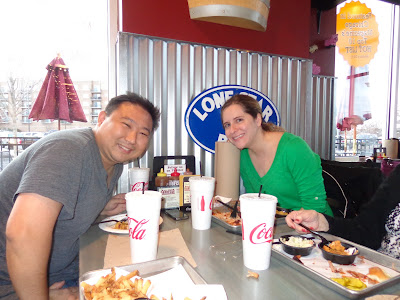 Nick ate some of his dinner, but he was more interested in talking to everyone and looking around. 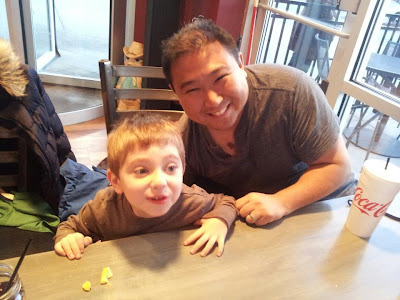 Henry loved the macaroni and cheese. He ate a whole bowl plus some of mine, though I do believe he also tried a few bites of my burnt ends (which were delicious and supposed to be burnt). Check out this cheesy grin. 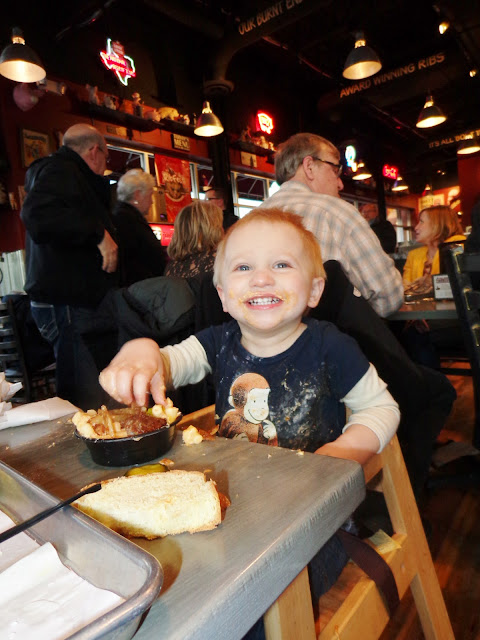 Greg liked the food, so I'm not sure what this face is about. Thinking back, I think he was copying Henry's pouty face. Henry likes to grab things and throw them, and we were not letting him do that. 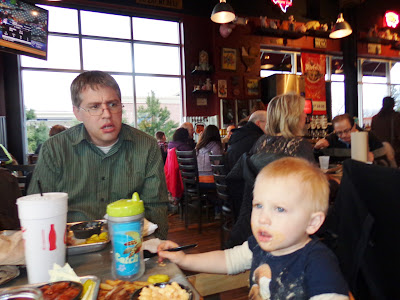 It's funny how I seldom get decent pictures of Greg. I was looking through my snapshots, and all I found were weird faces. I think Greg does it on purpose. 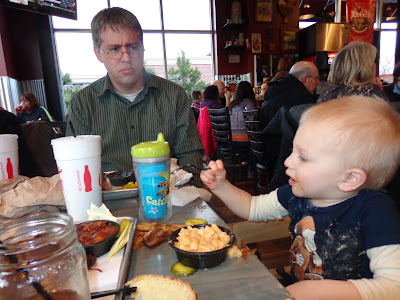 I asked Greg for a nice smile, and this is what I got. Yup. He is doing it on purpose. 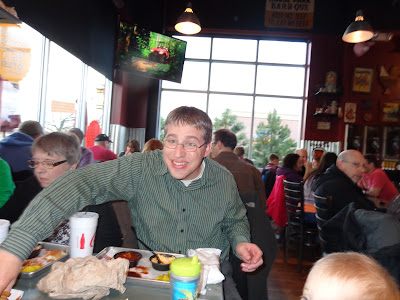 I'll be honest, though. My favorite part of the meal was the sugar biscuits. They were only 3/$1 and delightful. I brought a few home with me, though I had to wrestle this box away from Henry. 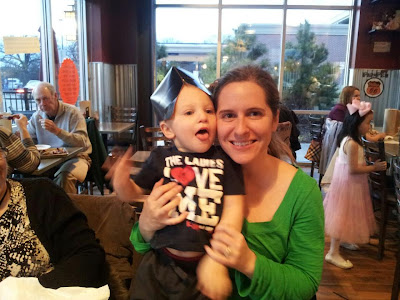 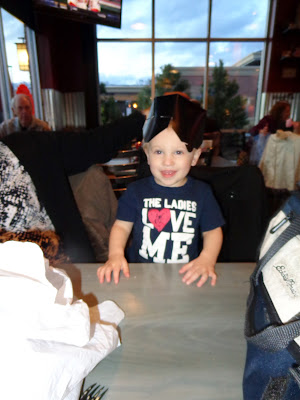 I like the picture below because it shows what Nick would look like with longer hair. Plus, he's genuinely smiling, and that is a hard thing to get him to do lately. 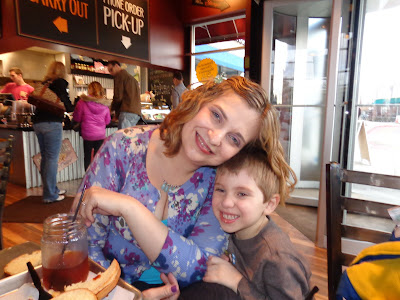 Henry's entire outfit had to be changed because he was covered in barbeque sauce, cheese, and sugar from the sugar biscuits. He liked his new shirt, though. 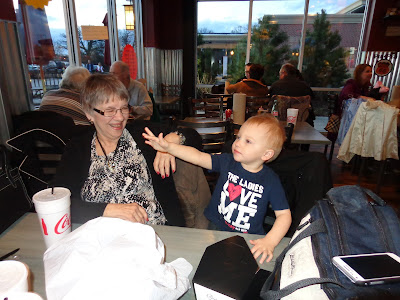 After dinner, we went back to Aunt Sarah and Uncle Jay's place to play.  They were married last December, and it was neat to see how nice a place can look without children's toys scattered all over the place. My boys found plenty of things to play with, though. 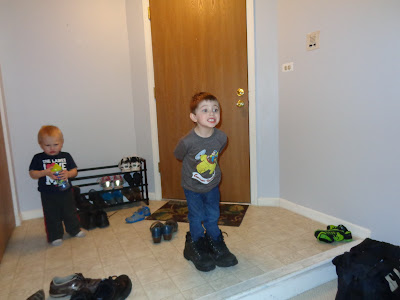 The nice white carpeting in their place proved too much of a temptation, though, especially when we were eating Aunt Sarah's yummy chocolate chip cookies. Somehow, Henry and Nick managed to get chocolate chip smears in several places. 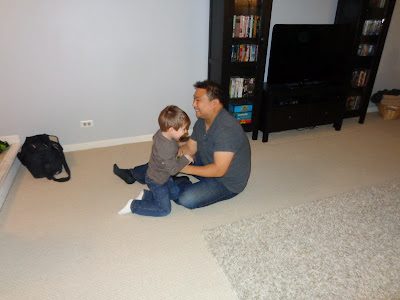 Uncle Jay is probably one of Nick's favorite people in the whole world. Why? He will wrestle and play on the floor with the boys. I'm pretty sure he was tired after playing with Nick and Henry, though. we had an excellent evening out, and Nick asked when we could go back. I laughed, because after the chaos created by my two very active children, it might be awhile.
Posted by Melissa E. at 9:10 AM