We've been doing more directed play around here, and over break, when I organized the boys' toys, I found all of the airport paraphernalia. Fun was had by all. . . 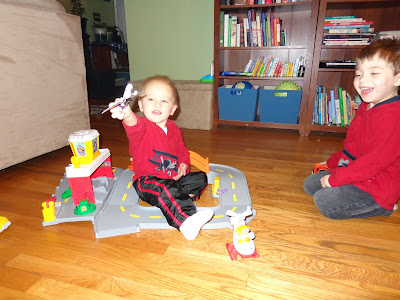 I even dressed Nick and Henry in their matching pilot sweatshirts. When you pull up the hood, it looks like goggles on their heads. 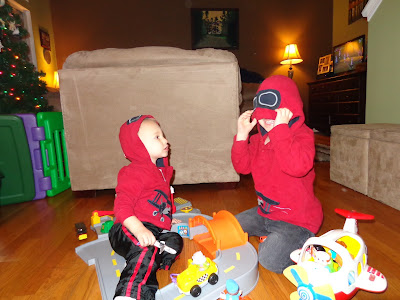 Henry has been copying everything Nick does lately, so we've been trying to play more interactively, with less screaming and running around and throwing things. I think I've had a decent amount of success, at least while I'm sitting down with them. 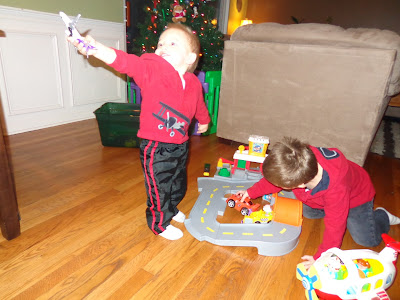 One thing Nick has learned, probably from his father, is how to make the planes crash. "Mommy, this plane crashed and went "Pshwah" and two people died in there." I should mention that my husband really only reads two kinds of books: ones about serial killers and ones about plane crashes. Nick has spent many an hour sitting on his father's knee as Greg read to him from "Aviation Disasters." I guess I shouldn't be surprised that my son is recreating aviation disasters with his toy planes. 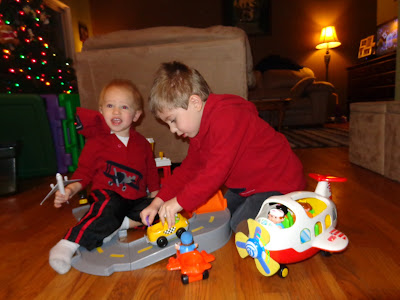 My sons playing together imaginatively for 30 minutes straight without fighting? I'd call that an Aviation Miracle.