Every summer vacation should include a beach, right? That's what Lynn and I figured, too, and we actually visited two beaches during our camping trip. The first one was definitely the nicest: Lake Andrea Beach in Pleasant Prairie, Wisconsin.


It's a small, well-maintained beach on a little lake, but the kids had an absolute ball. Since the weather was so cold (Maybe 70 degrees, if that), the lifeguard let us in for free, even though there's usually a $7 per person fee.


Originally, we were just going to walk along the beach, because we had neither bathing suits nor towels and we thought the lake would be freezing. The boys decided very quickly that swimming was going to happen, however, and we acquiesced because we weren't the ones getting cold and wet. I discovered when I dipped my toes in that the water temperature was actually warmer than the air!


Since the beach was deserted (or nearly so) for most of the time we were there, the benefits were enormous. One lifeguard was pretty much staring at our kids the entire time, plus the lifeguard showed the boys where all the abandoned beach toys were, so they had something to use for digging and dumping. The adults? We were free to relax on these lounge chairs and watch the boys playing. 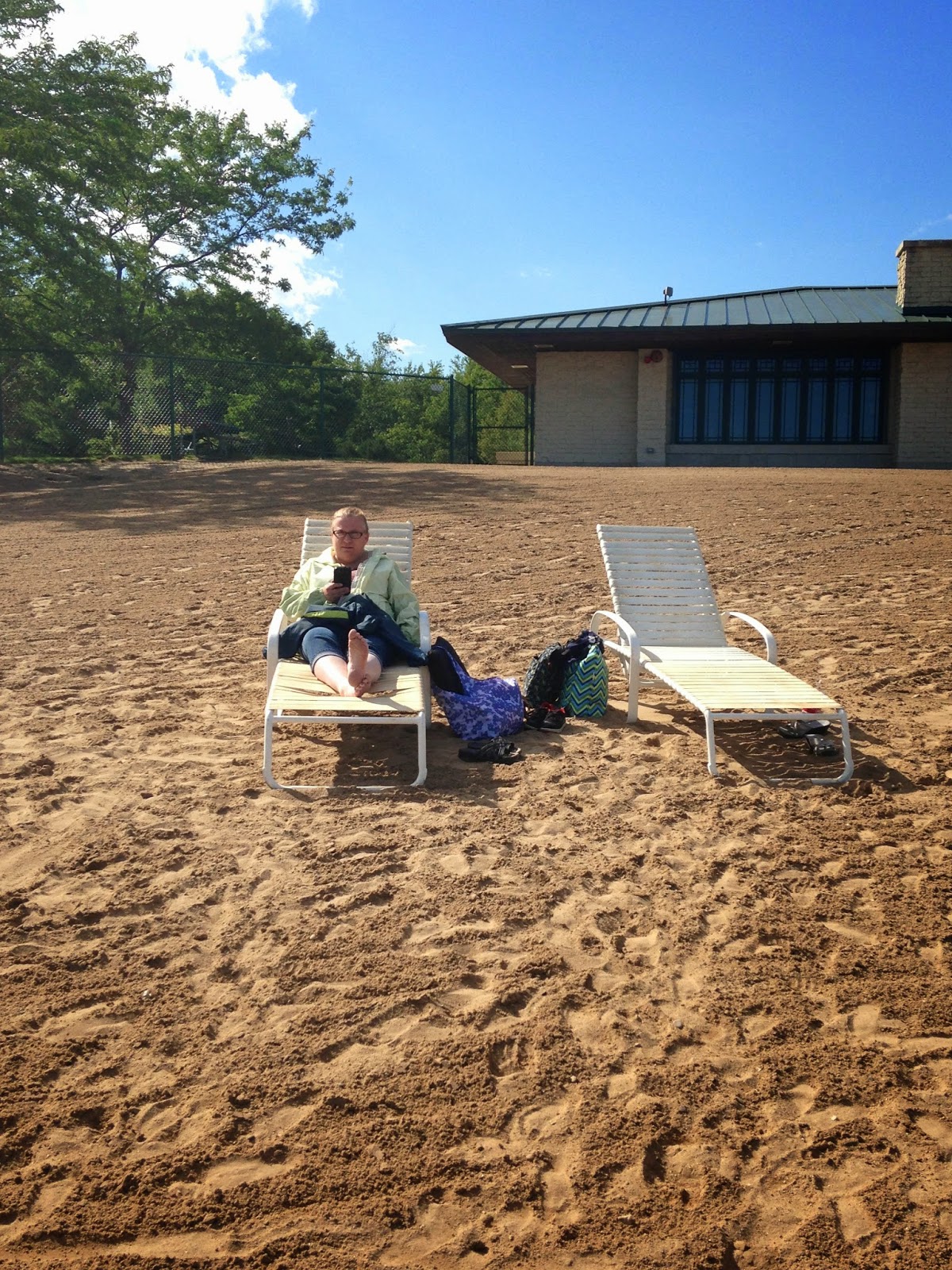 I brought with sandwiches, cucumbers, carrots, muffins, etc. in an attempt to save money. It worked really well for Nick and Henry, because every time they said they were hungry, I could just whip out some carrots or a leftover piece of sandwich.


The one downfall to playing on the beach is sand. It gets everywhere, makes a huge mess, and is very hard to scrub from the hair of young children. Ahh, but the fun they had. . . 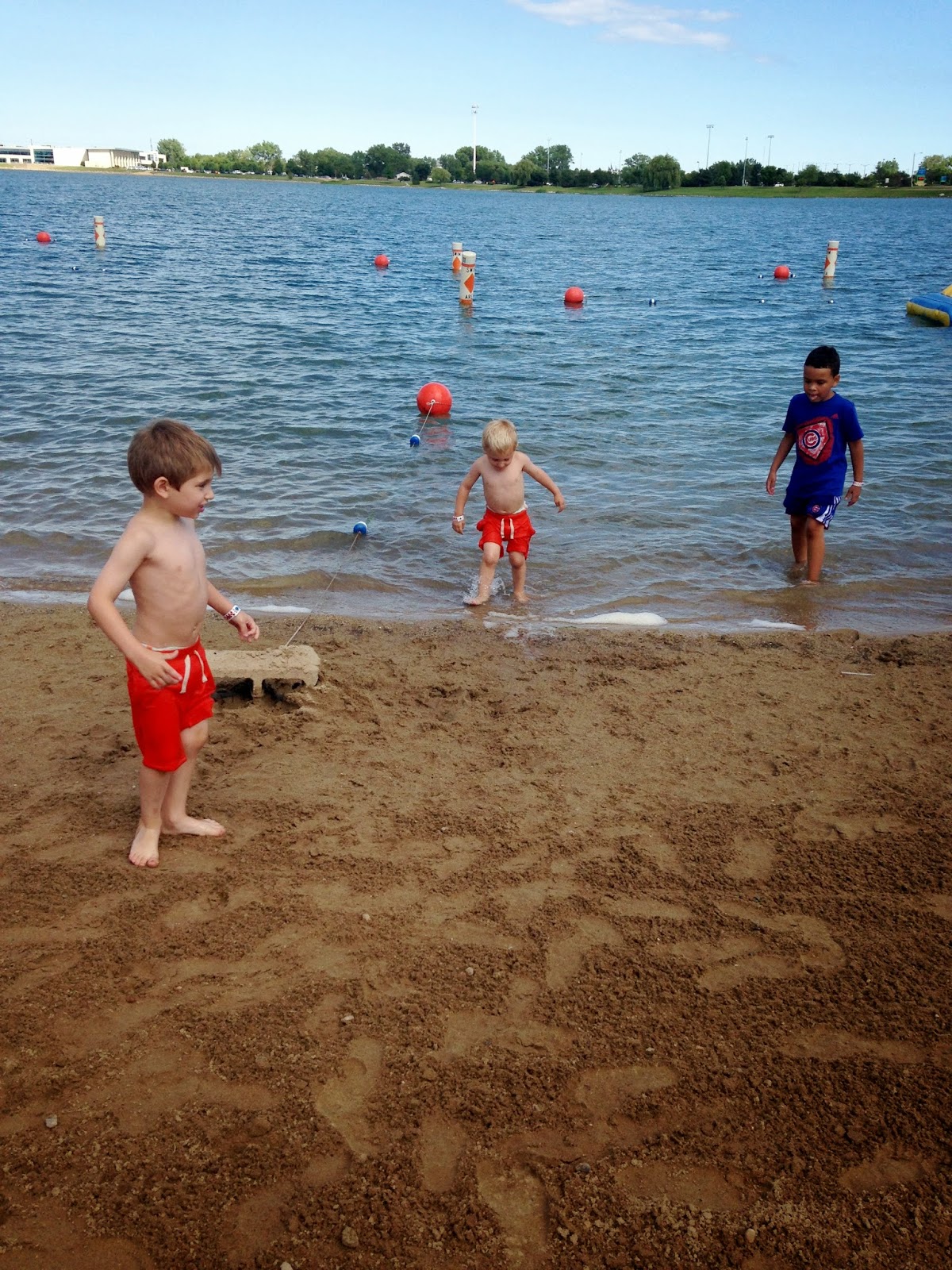 We didn't know we would be going to the beach, so we hadn't brought towels or swimsuits. The boys just swam in their shorts. There were no towels, either, except for this one that a lifeguard left behind for Henry to use. He must've looked cold. 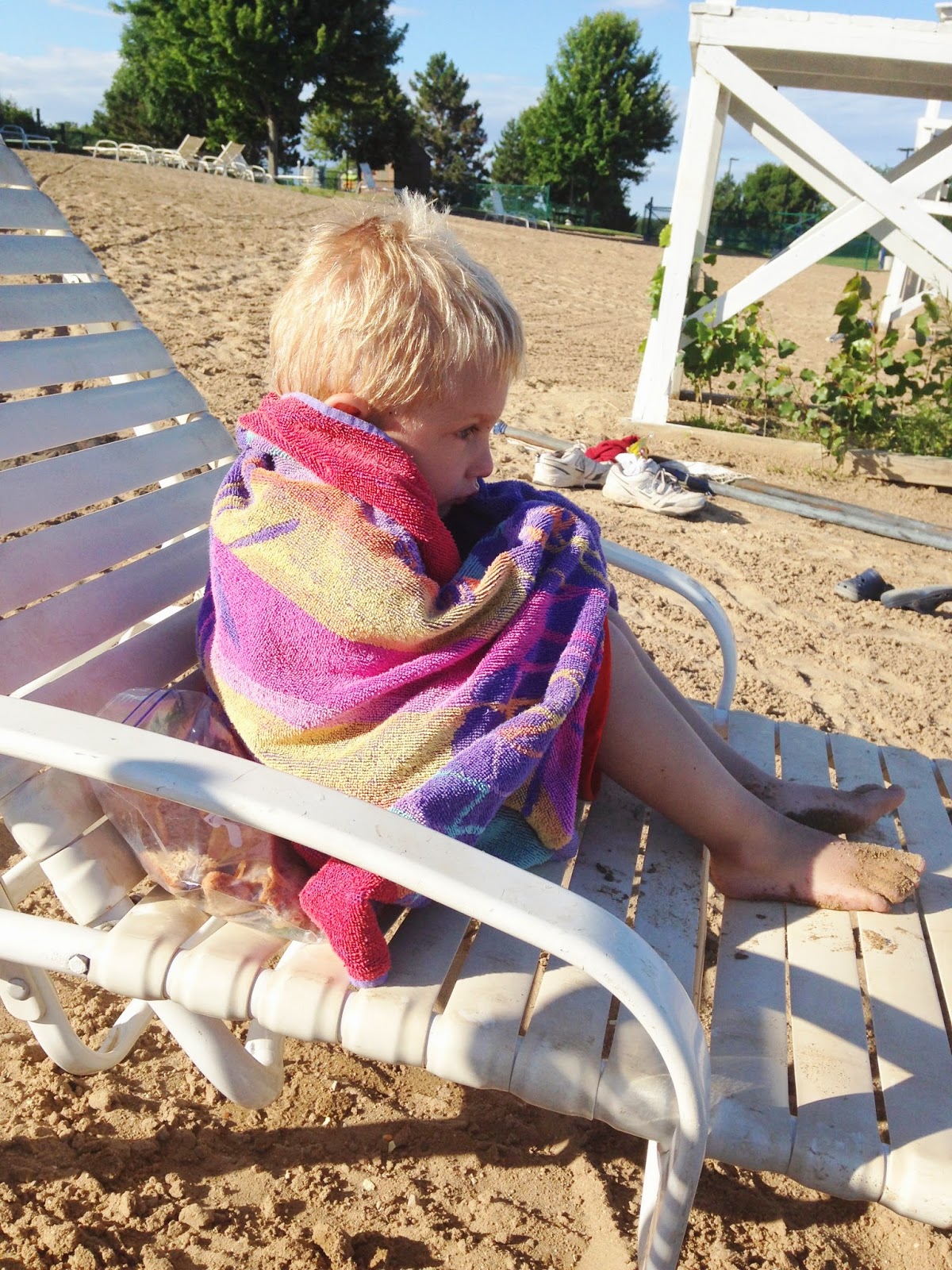 Nick didn't sit down for more than a moment or two. He just kept swimming and jumping and digging and running.


Unplanned though it was, this beach trip turned into something the kids will never forget. I think I'll have to take them to more beaches. The experience was well worth the sand damage. 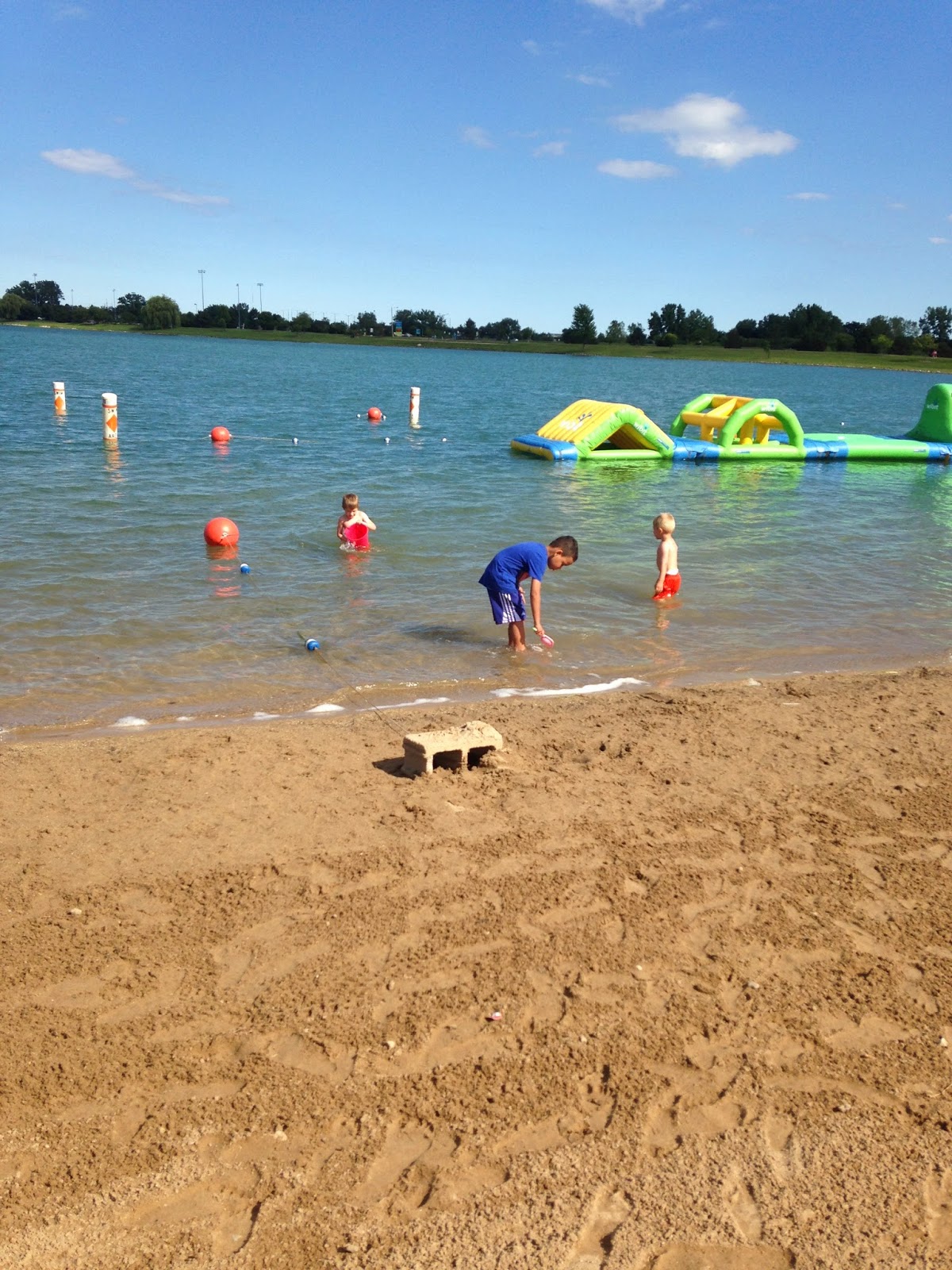