Playing Outside in the Summertime

One of my favorite childhood memories is of playing outside for hours all summer with kids in the neighborhood. We made up our own games, rode our bikes up and down the sidewalk and over into the rosebushes, and even kicked our shoes onto the roof one time. I've been trying to give Henry and Nick lots of unstructured outside play this summer. 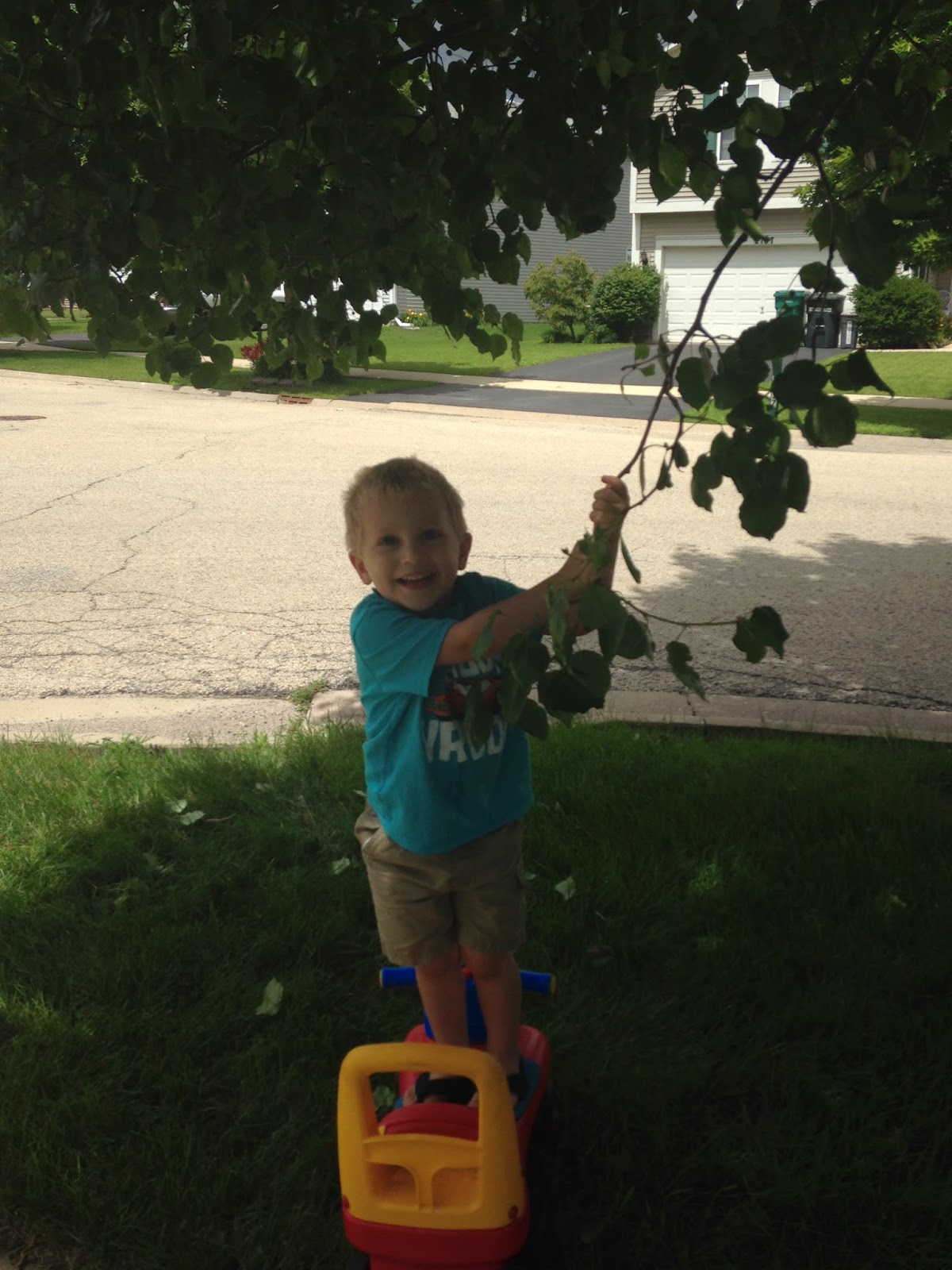 Henry wanted to climb the tree AND tear off the leaves, one by one. This is his method, and it kept him occupied happily for at least a half hour. 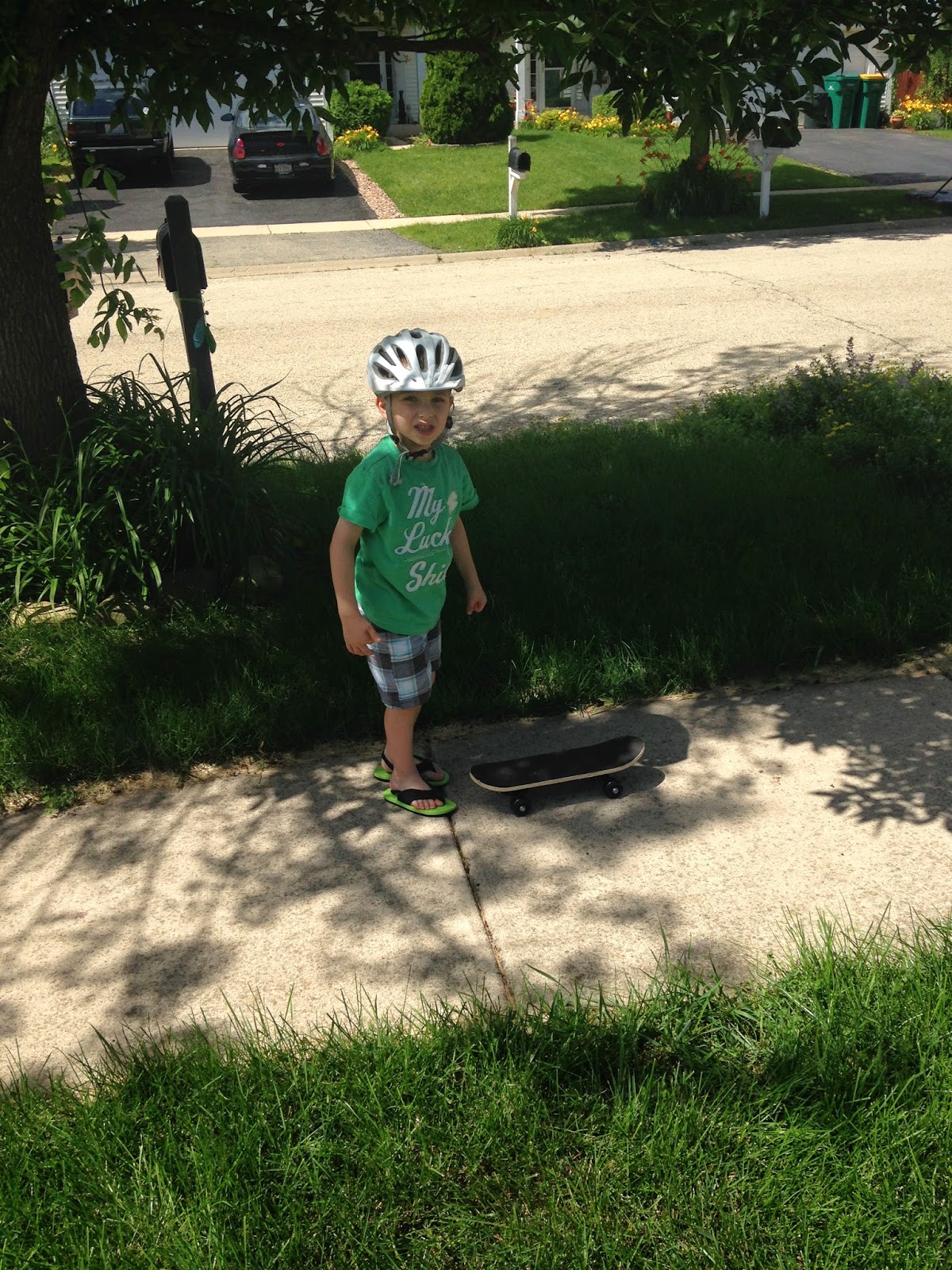 Nick told some of the boys in the neighborhood that he can ride a skateboard as good as Marty McFly. They brought a skateboard over for him to try. I warned them that Nick has never been on a skateboard, but I have to give him credit--he tried! He told all the kids he could hold on to a truck like Marty, but I told him he WOULD NOT be doing that.

Henry tried, too, and actually managed to ride the thing a few feet. Not too bad for a three-year-old! 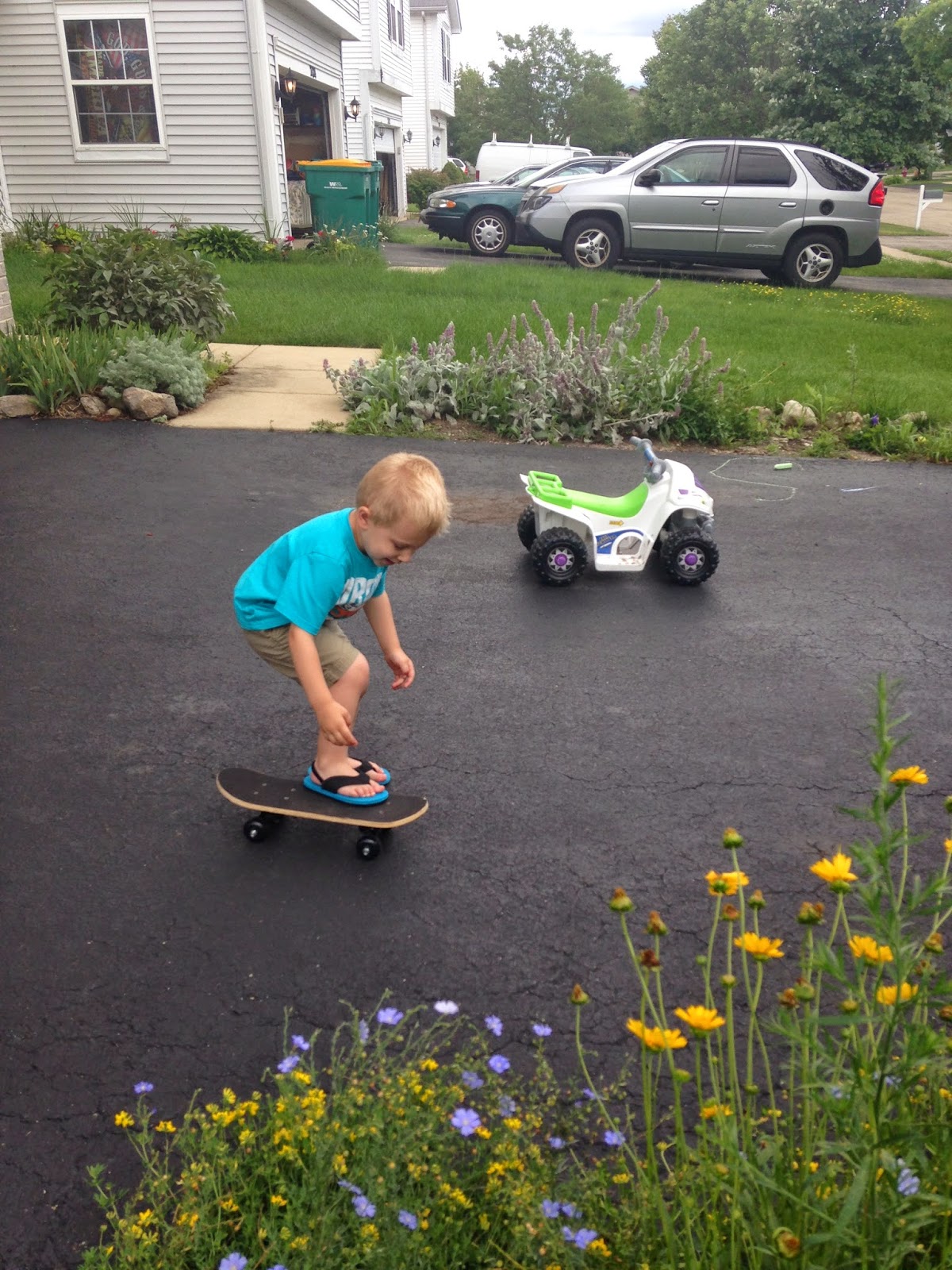 Henry spent a good deal of time driving around his little car. 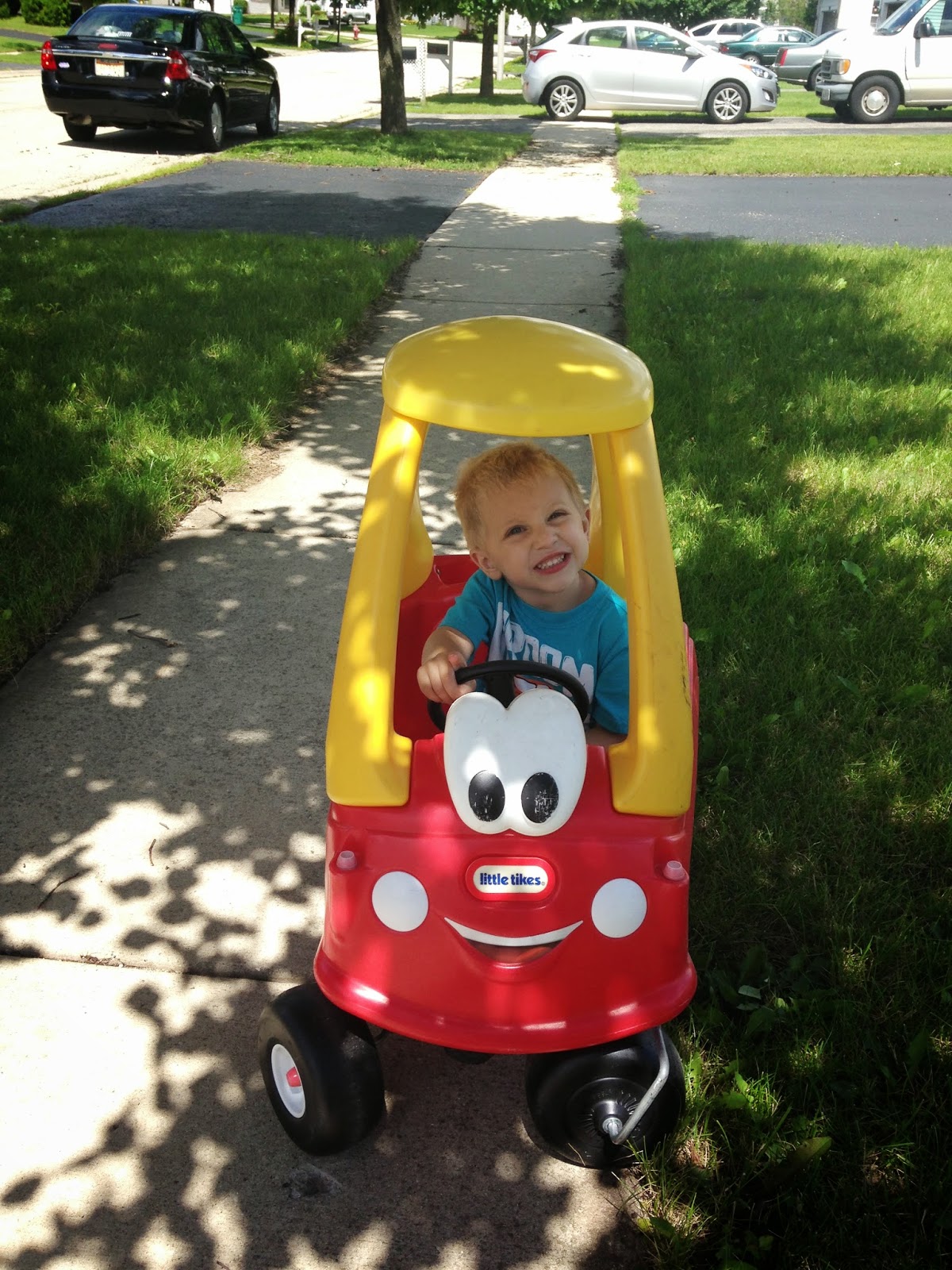 I enjoyed sitting on a blanket, watching the boys play and occasionally chatting with them. Mostly I was able to just relax with a book. Then the kitties came. . . 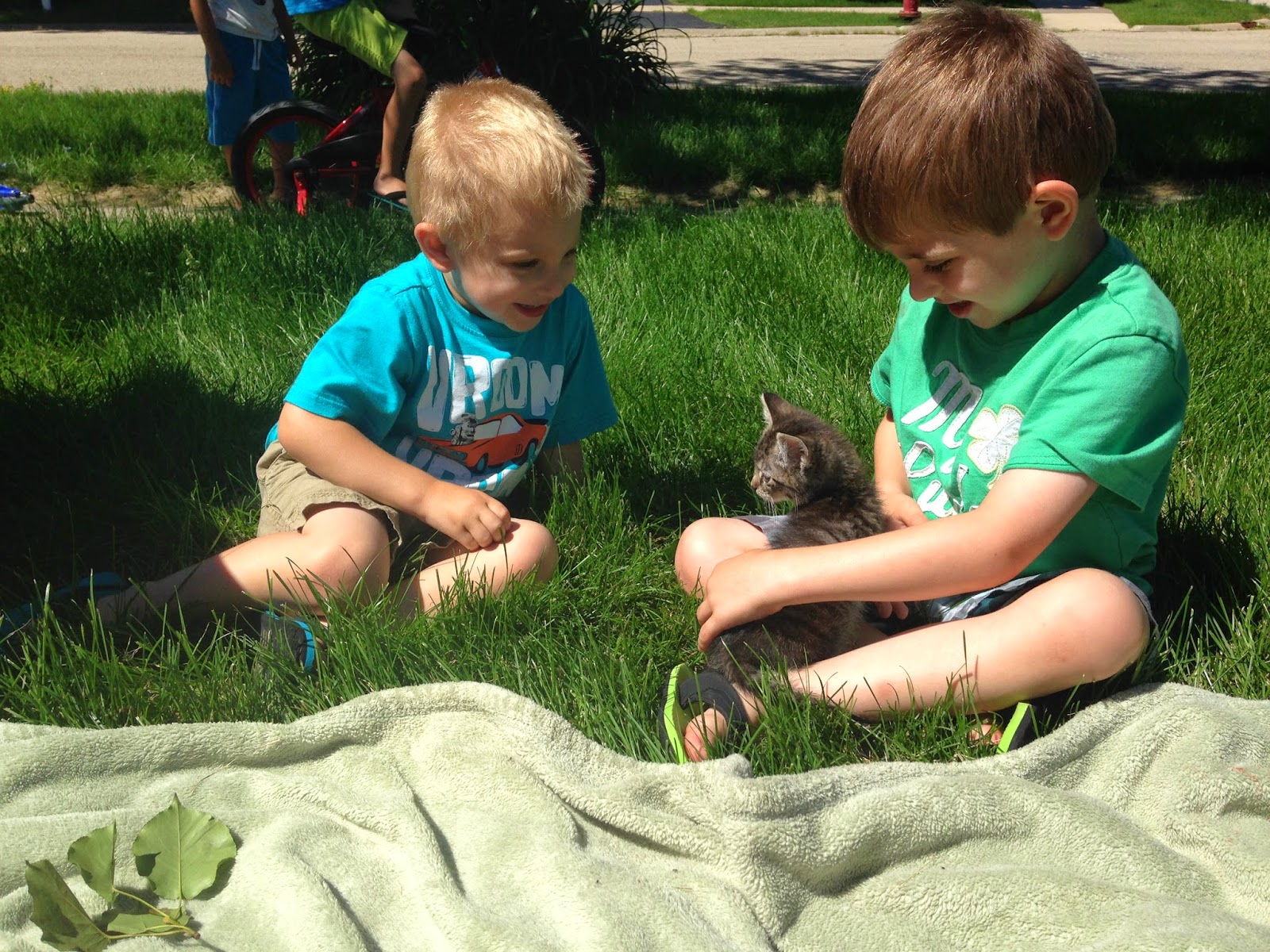 We were playing out on the side lawn when our neighbors came over with two of the kittens they're fostering. I was nervous at first that they wouldn't be gentle enough, but both boys did pretty well with these tiny, fearless little balls of fluff. 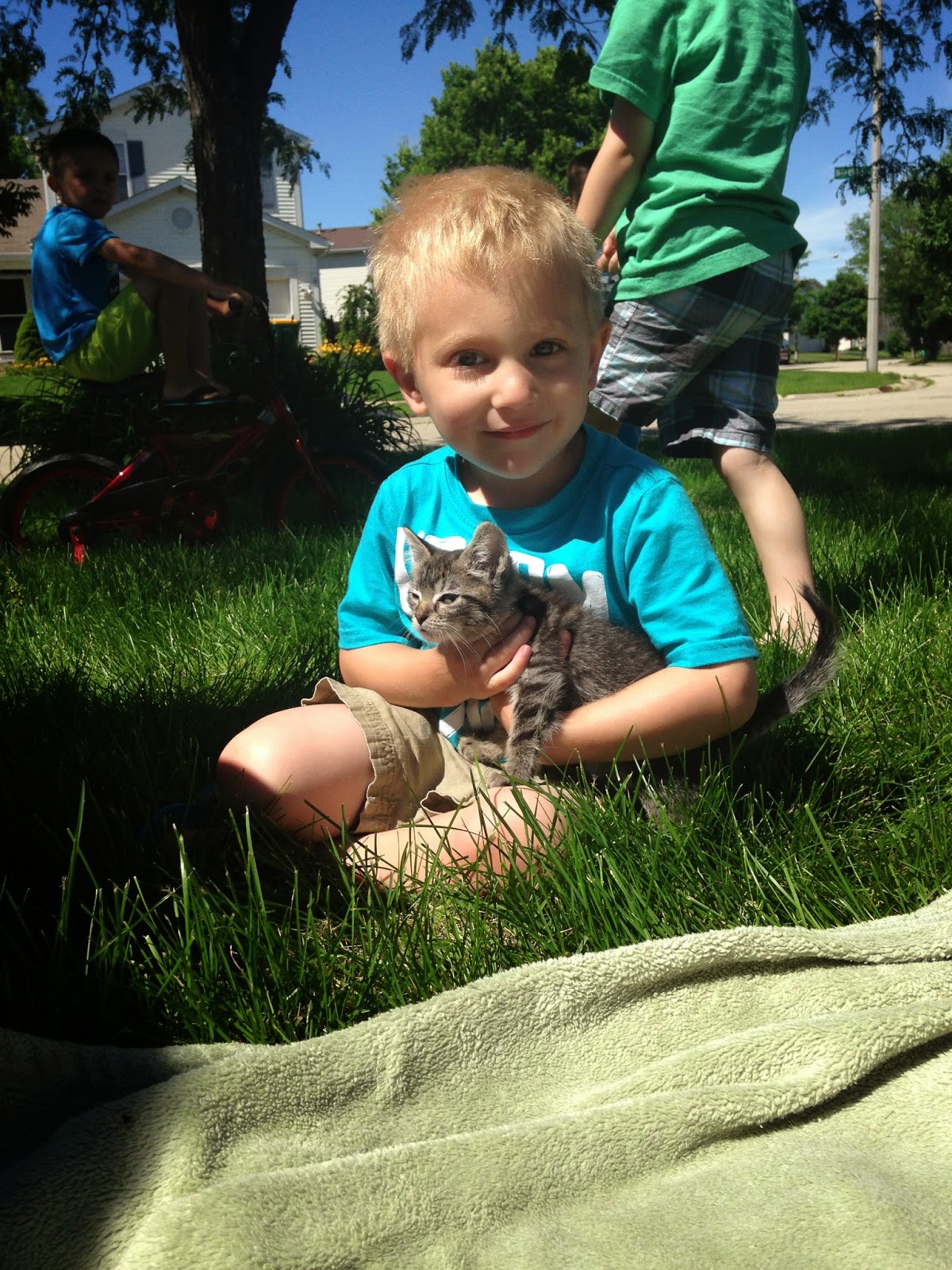 As they get older, the boys are being slightly more gentle with animals. Don't get me wrong, they still need lots of reminders, but I definitely see improvements. 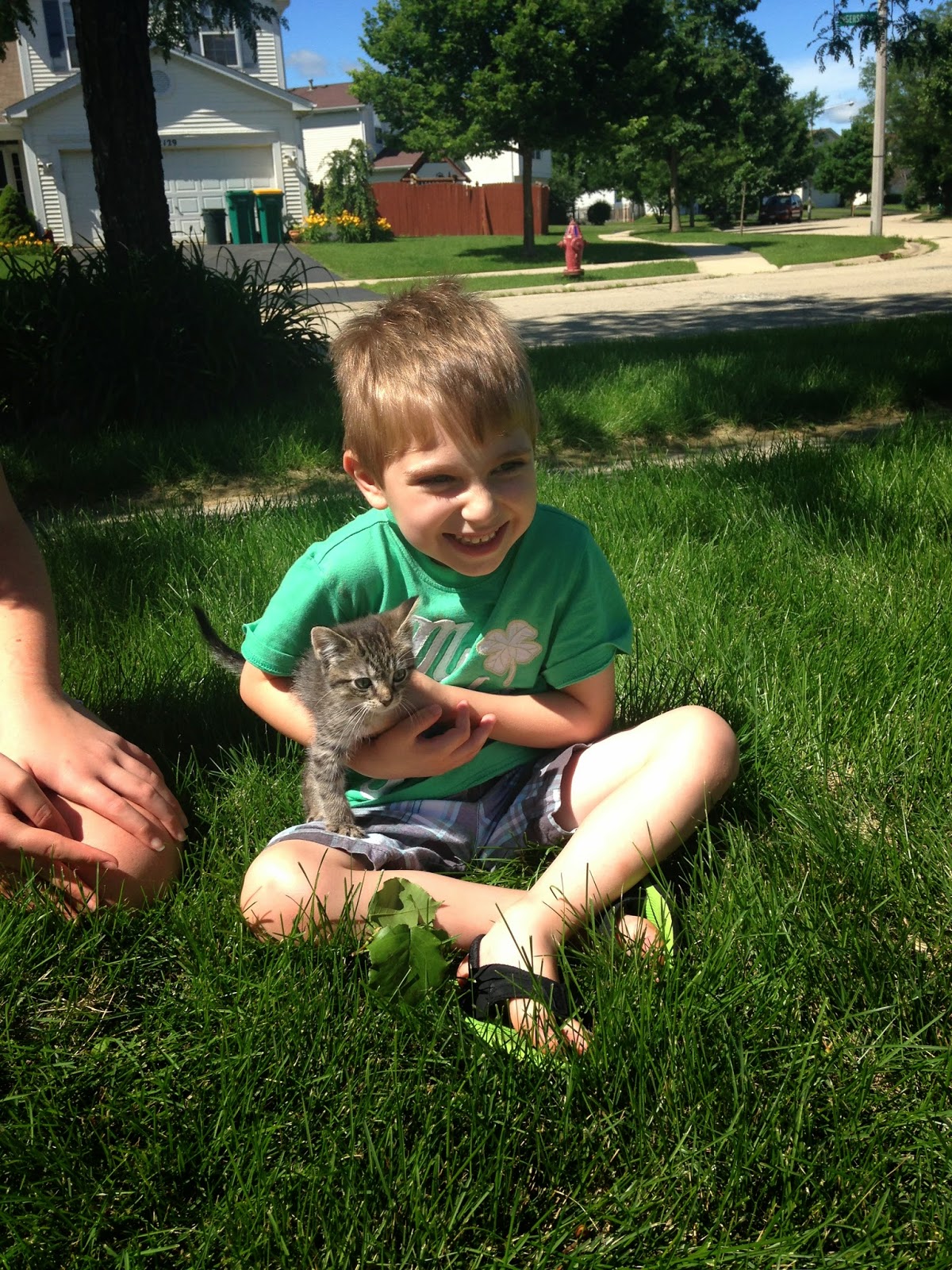 Did you know they make strollers for kittens? Yup.