Last weekend we went to see Greg's dad and stepmom, and they were kind enough to let us stay overnight. We had a great time, and the boys got to spend time with their aunts and uncles as well. 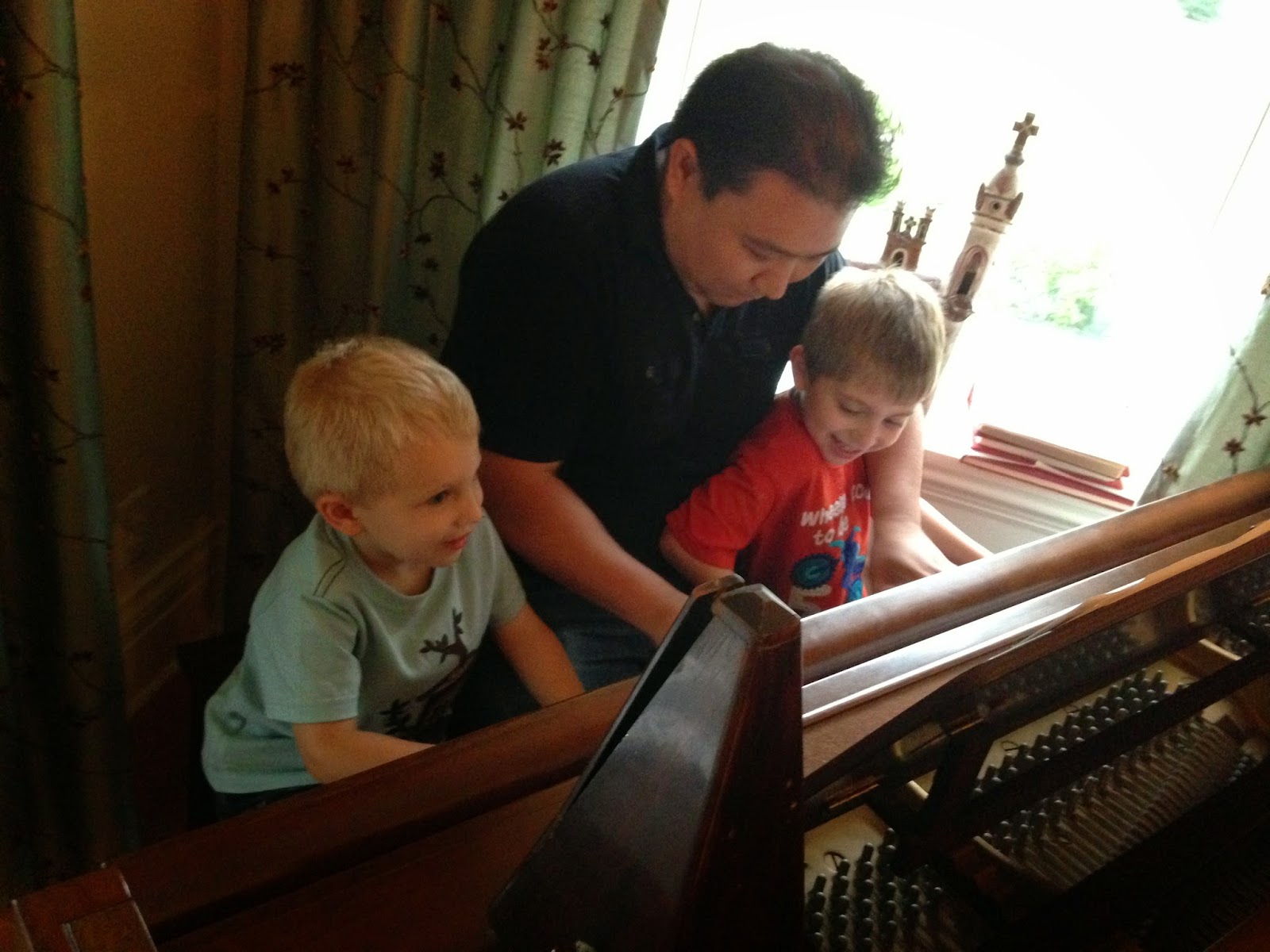 Uncle Jay gave Henry and Nick lessons on the piano. Their verdict? Pianos can make a lot of noise. They both love music, though, so I suppose I'll have to start them on some sort of instrument. 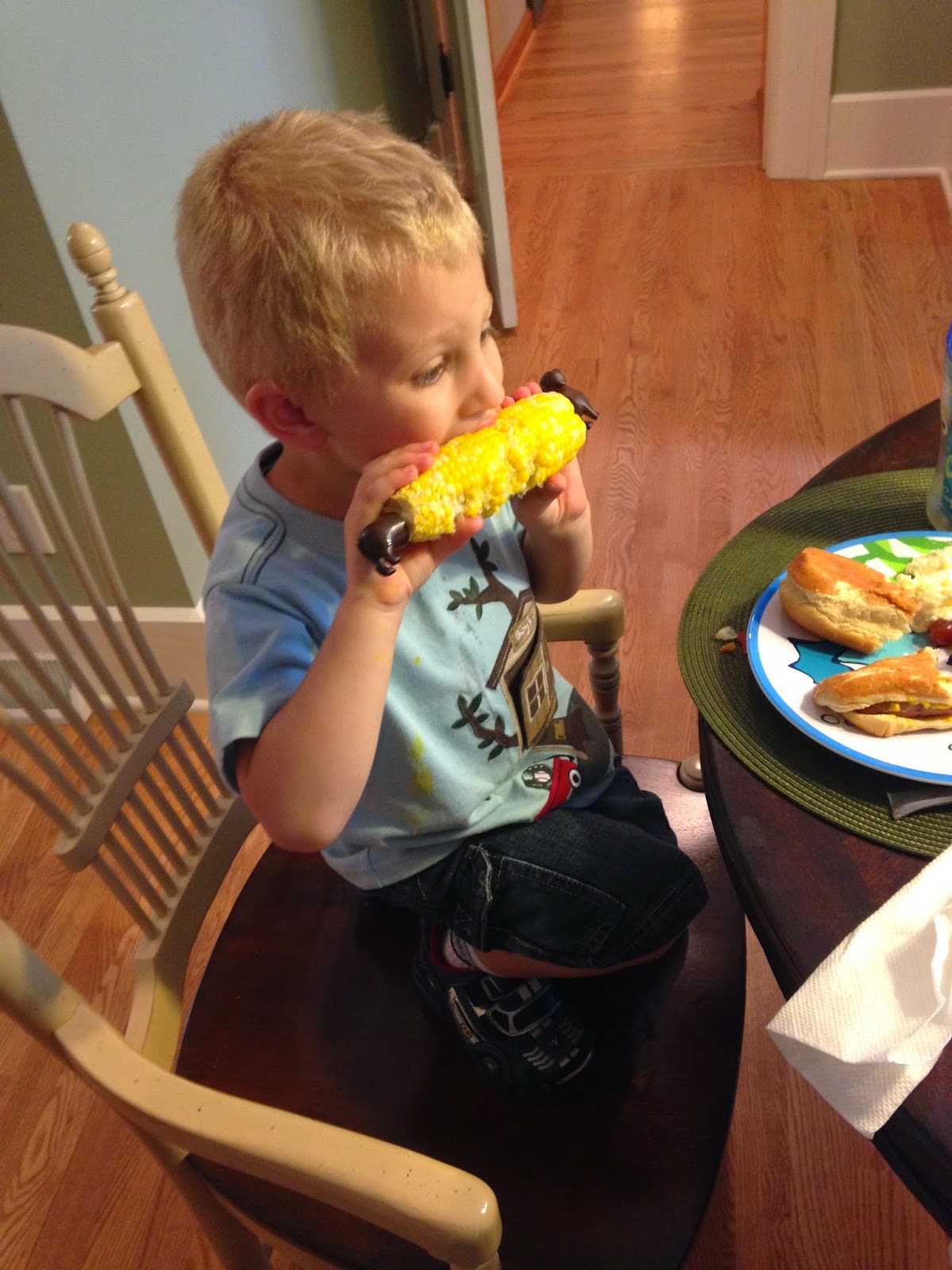 Both boys got a kick out of these doggie corn holders. "Look!" said Henry. "It's a doggie butt!" He was right, too. One side is the head and the other side the rear. 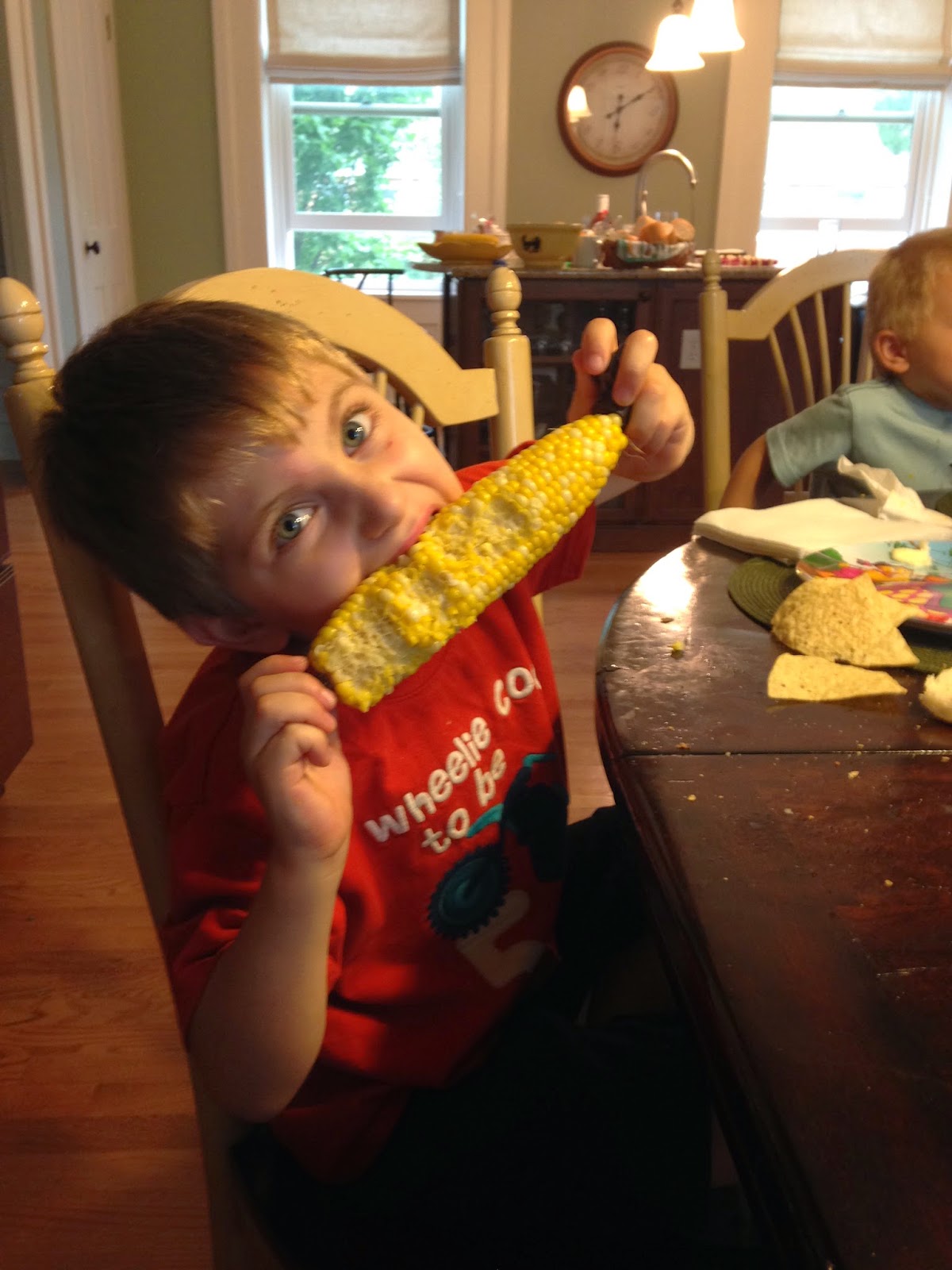 Nick has a real thing for corn on the cob. He ended up eating all of his and most of Henry's. 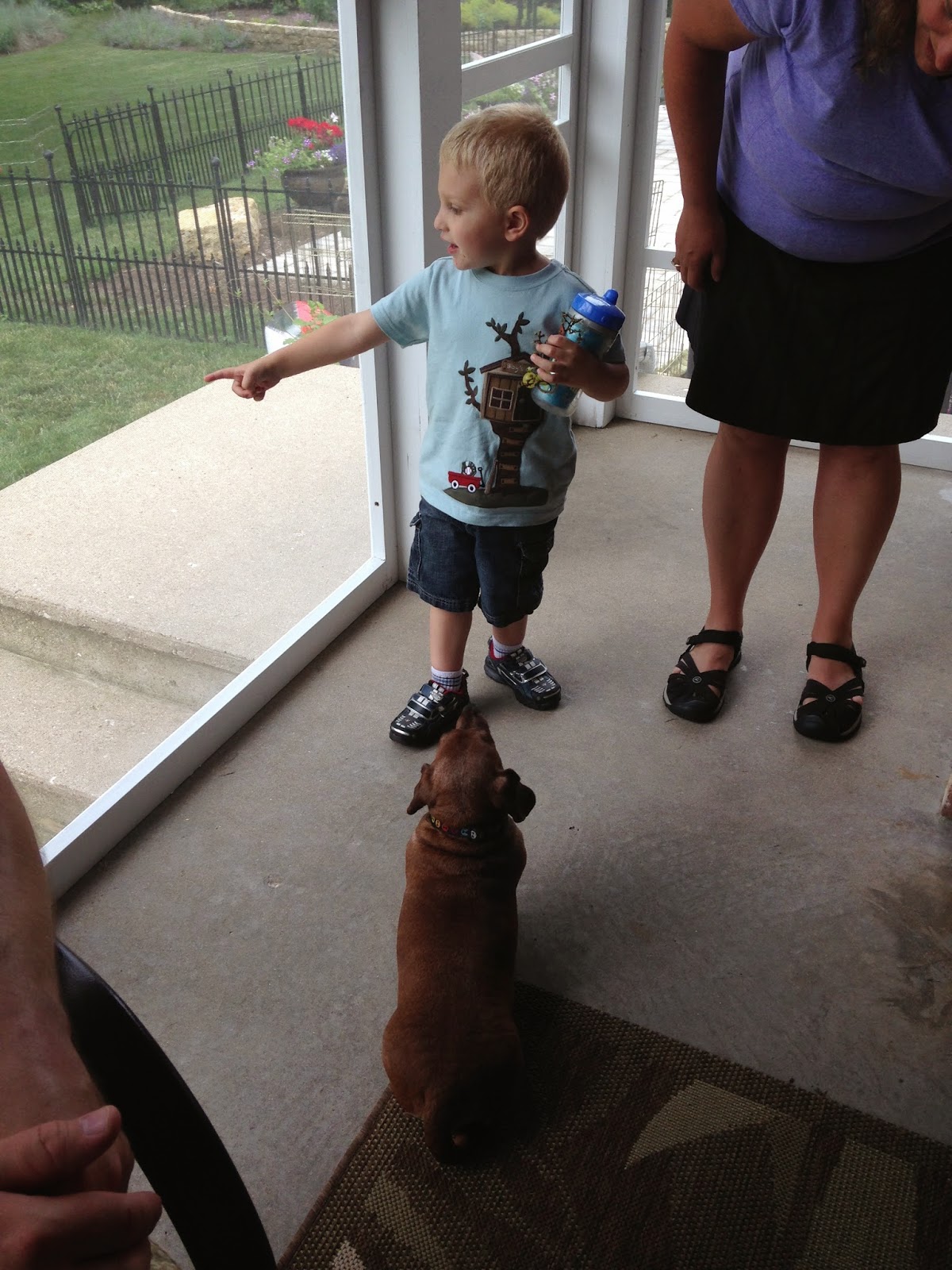 Henry really liked the two doggies who live at Grandma Linda and Grandpa Jay's house. I'm not sure they wholly approved of Henry, though. Especially after he started sneaking in and out of their doggie door! 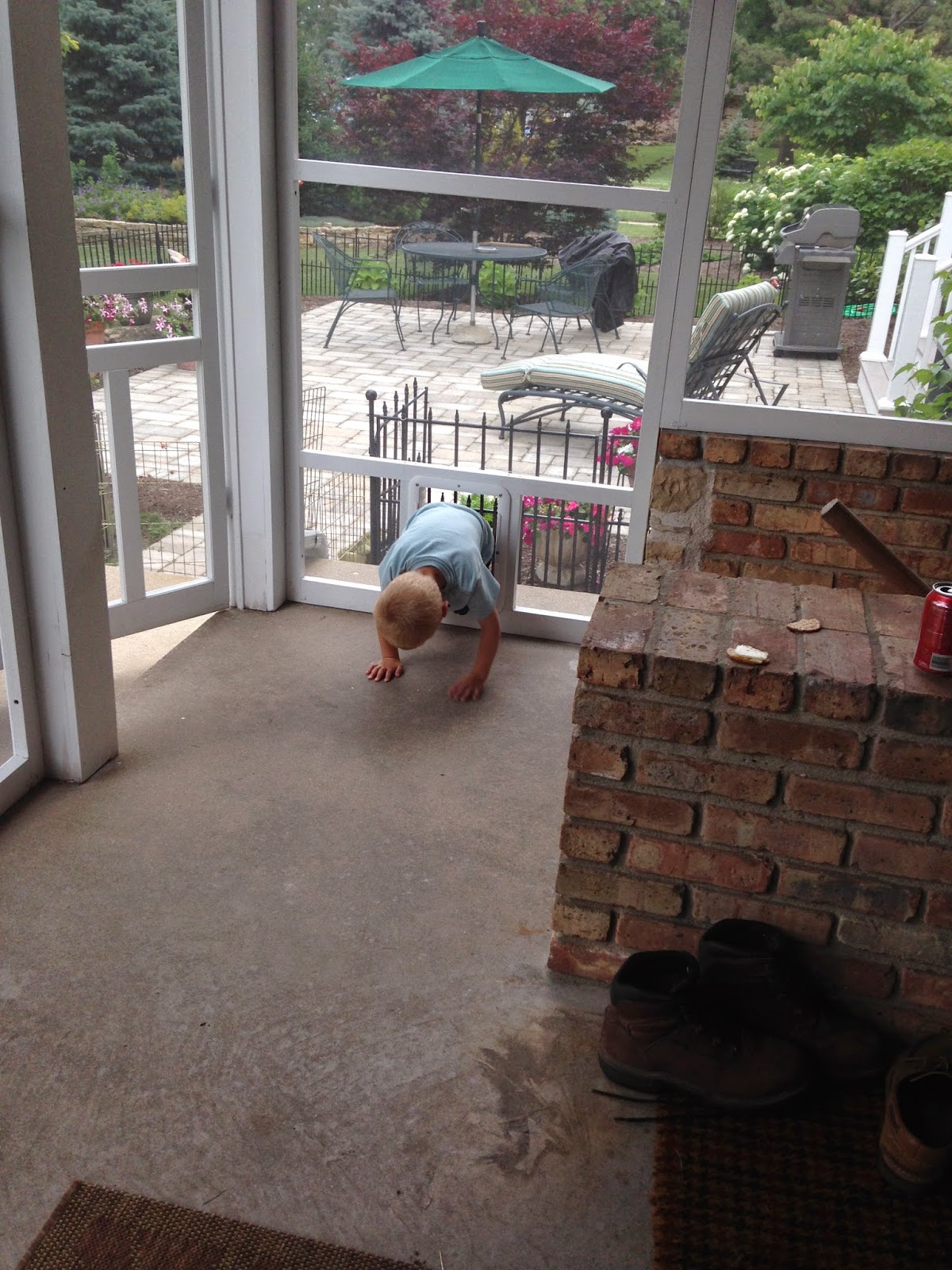 Maybe I need one of these on my screen door so they'll stop slamming it as they go in and out. . . It's an idea, anyway. If the doggies were unsure about Henry (and Nick, too), they were crystal clear about Greg. He makes an excellent napping buddy. 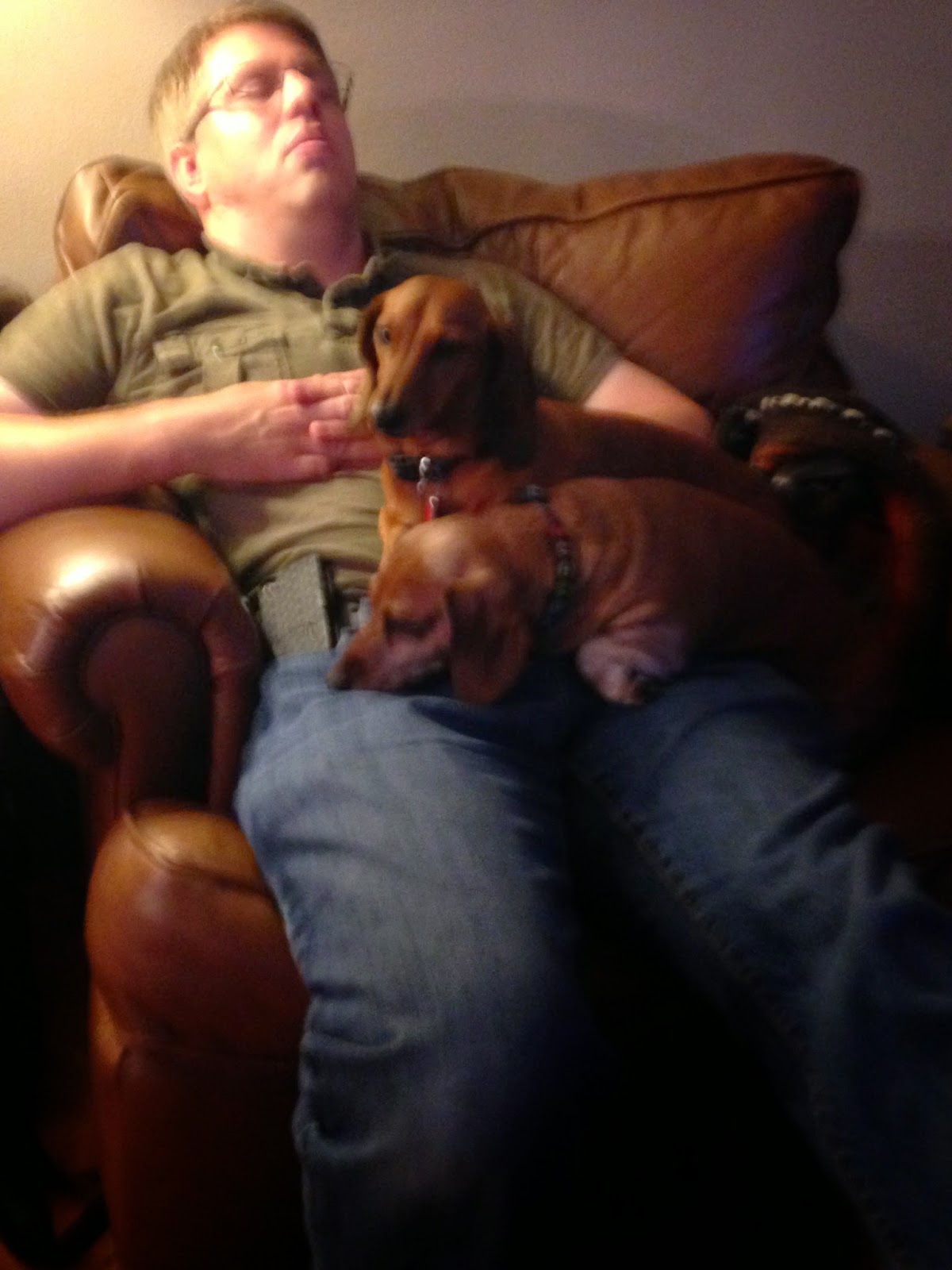 We had a nice, overall relaxing weekend. I wish I'd taken more pictures, but I did get this one of Henry, watching over his cousin Sophie with a watchful eye. "I am watching the baby to make sure she's okay!" he declared.