Nope. Not talking about a kegger here, even though it is my spring break. Nor am I talking about the Toby Keith song, though it is quite hilarious and gave the boys some building ideas. I do remember those college parties where you pay $5 for a red cup and drink all you want. (Has inflation increased the cost of partying since I was in college? Probably, since I graduated in 2000.) Anyhow, our adventures with red solo cups started because I noticed the kindergarten students at my school building with them and figured my boys would enjoy some red solo cups of their own. 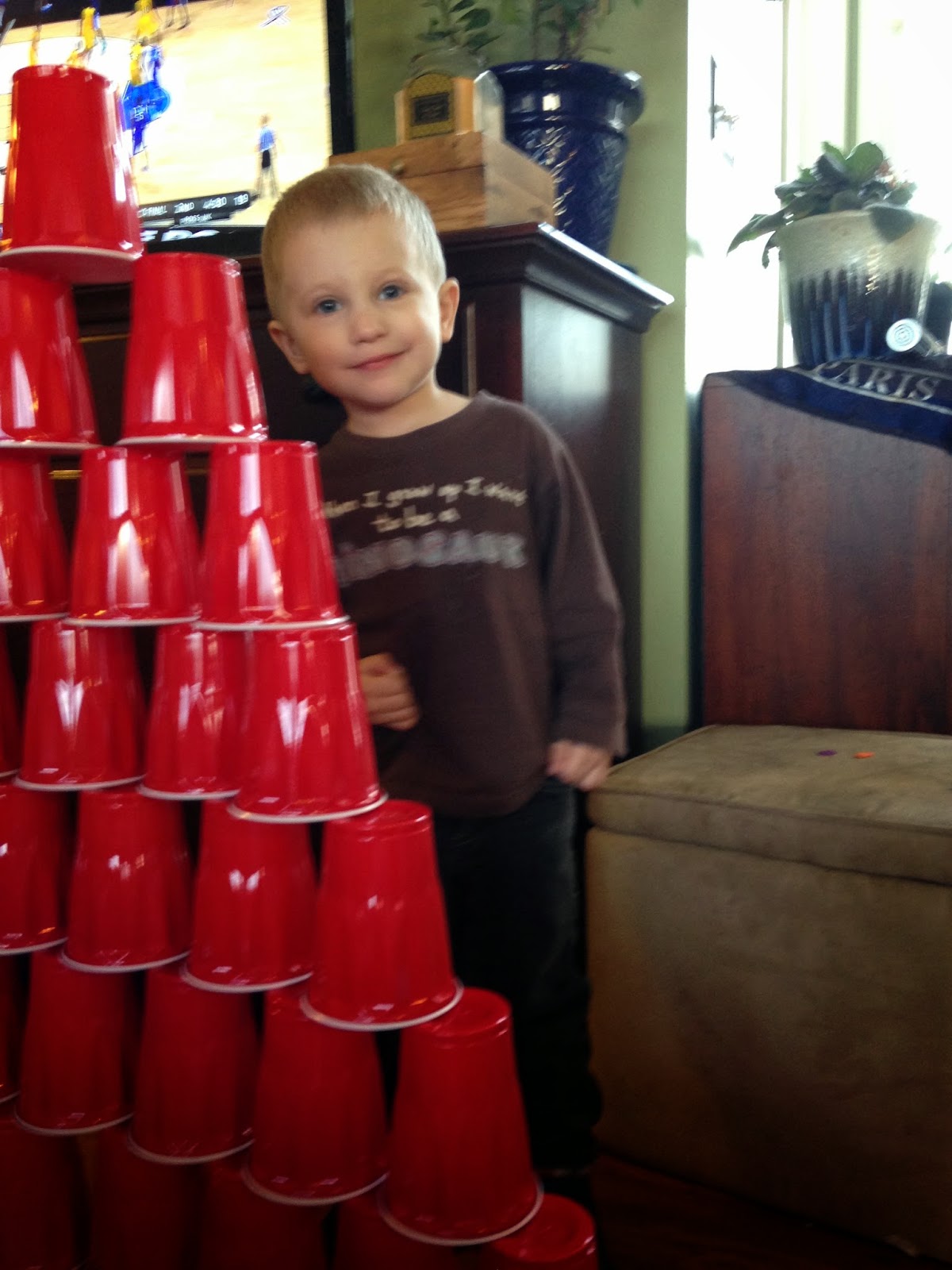 I hadn't realized how easy these things are to build with, or how cheap it is to purchase several hundred of them. I've been spending lots of time with my boys this week, and these cups have been my salvation. It was a $9 investment, and they've built for up to two hours at a time. Towers, racetracks, stages, stairs, roads, hurdles, farms--they've built it all. 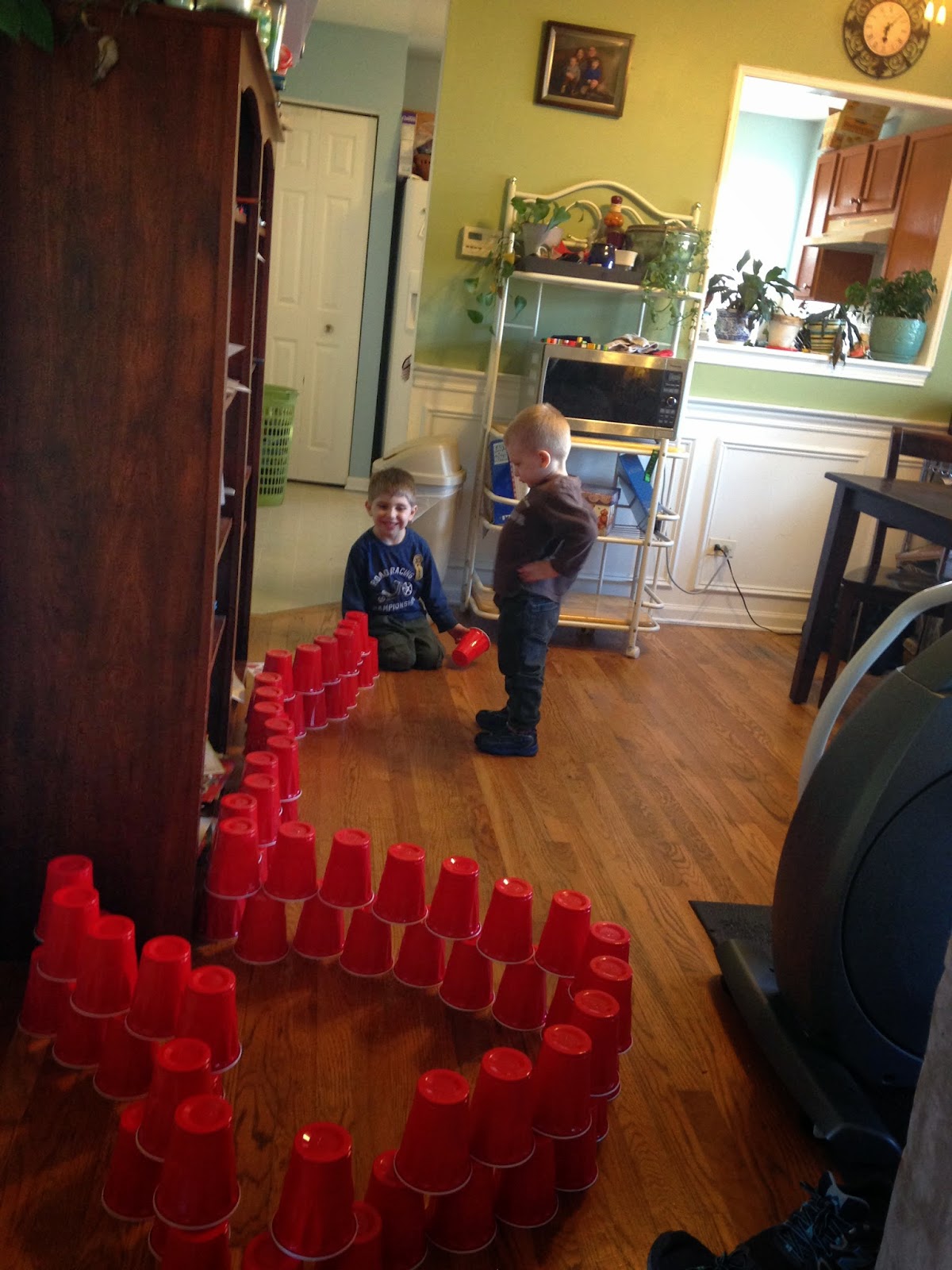 The game usually ends when one of them goes all godzilla on the cups and pretty soon there's a horrendous mess. But they get into building something new very quickly. 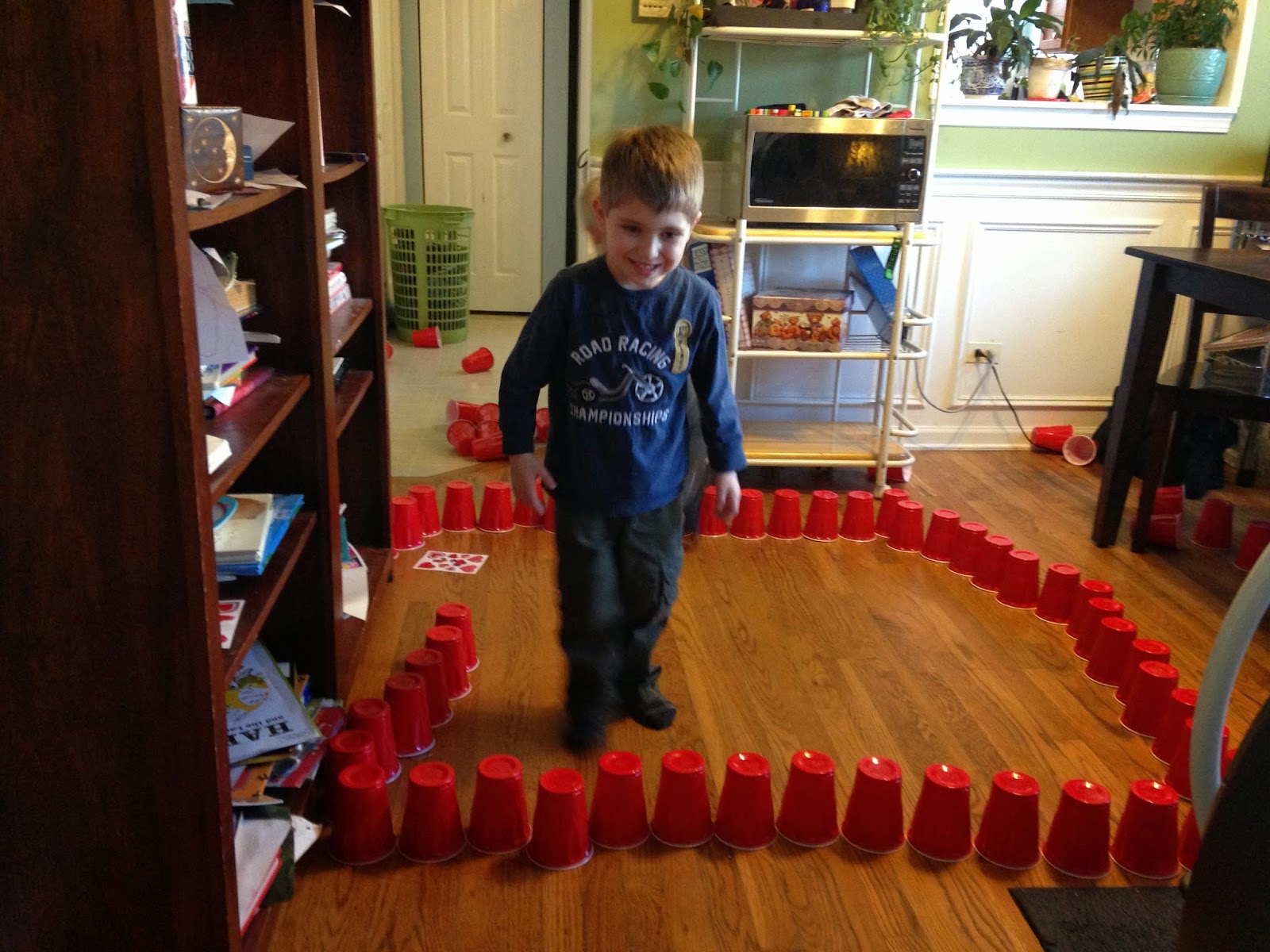 Notice the animals at each level of their "zoo tower." 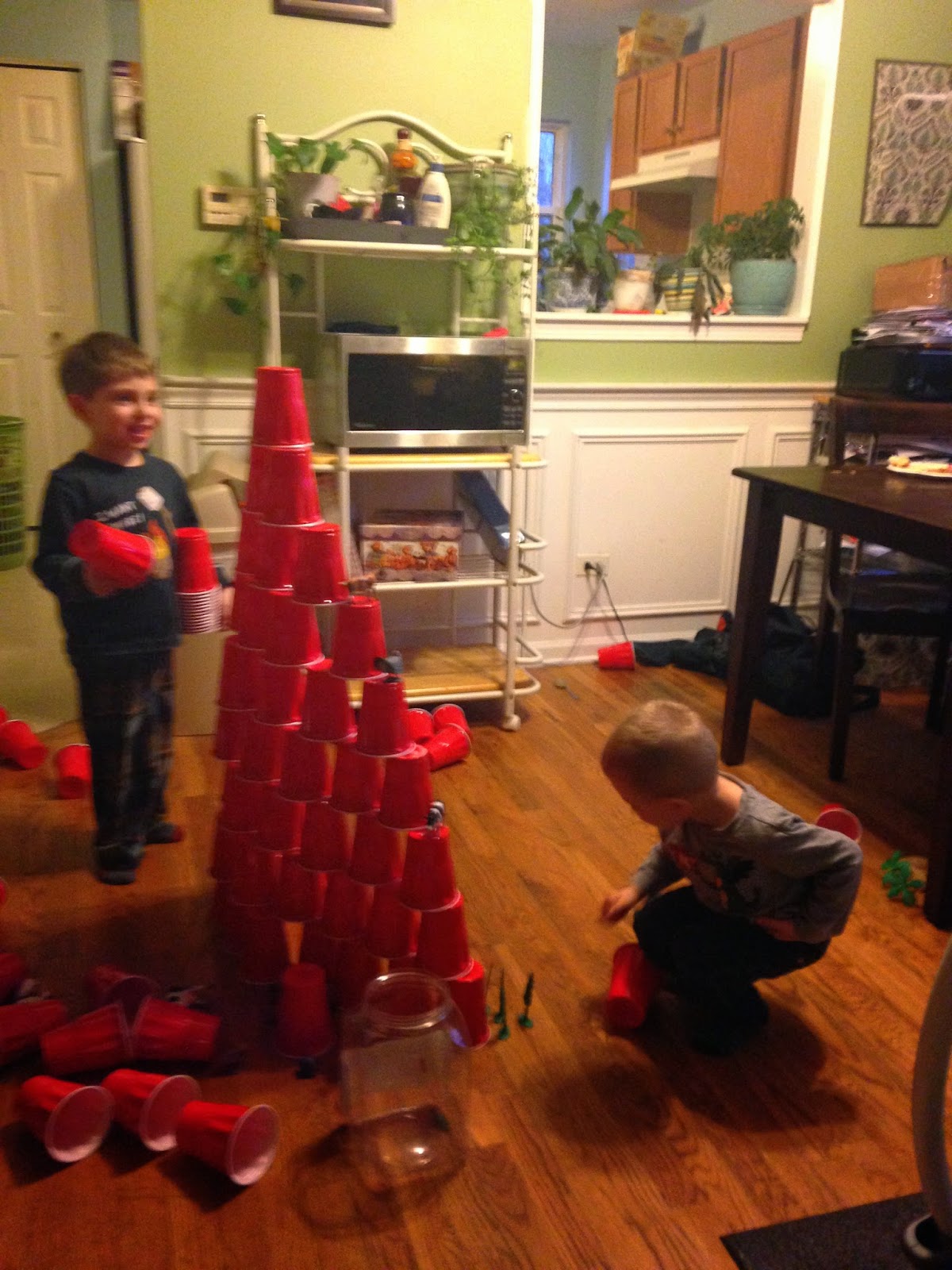 I thought this was quite creative, though perhaps not the most humane way to run a zoo. 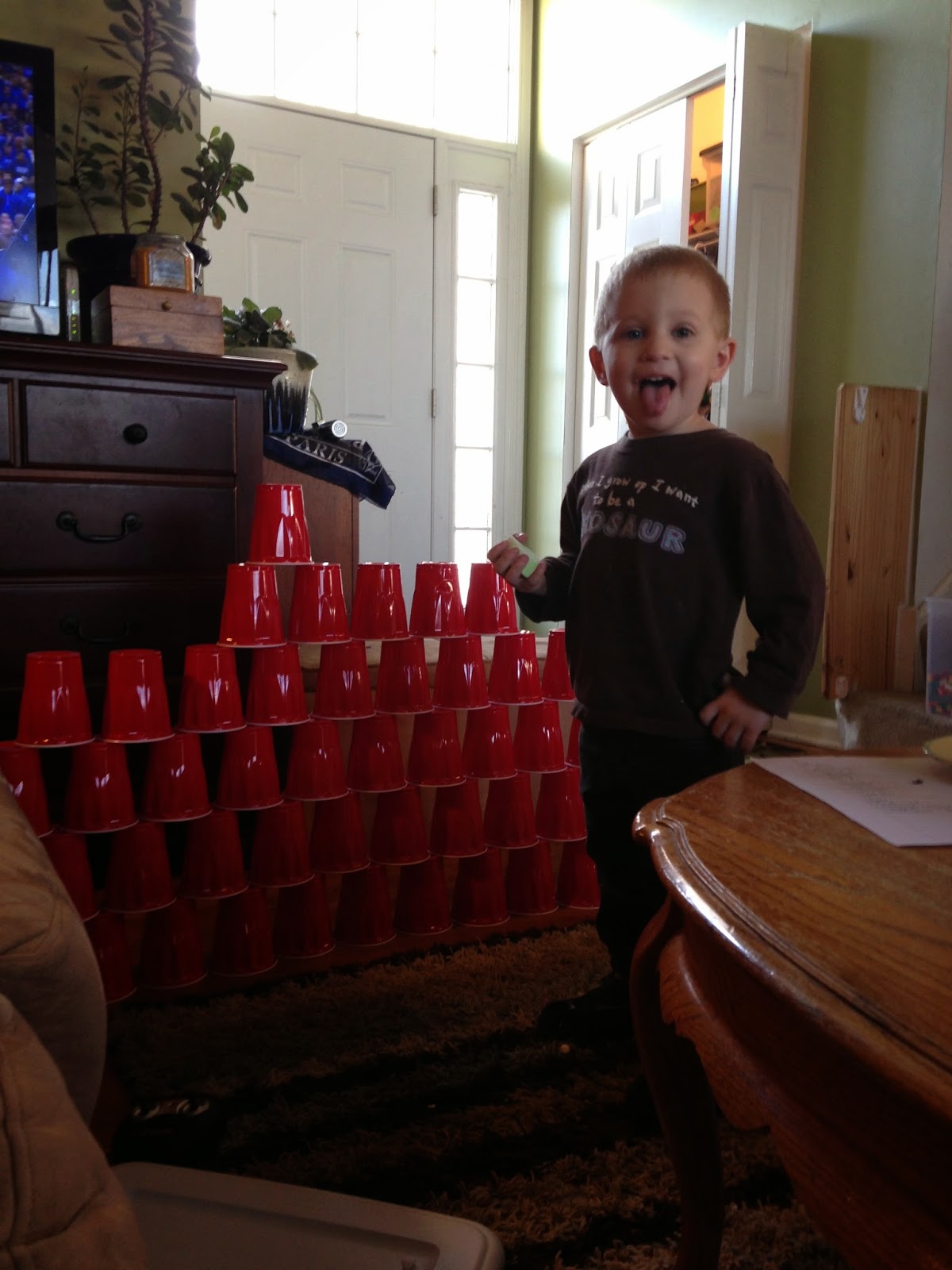 Henry was very proud of his wall, which he called a "castle." He hid behind it until Nick head butted the wall and then we had a mess. 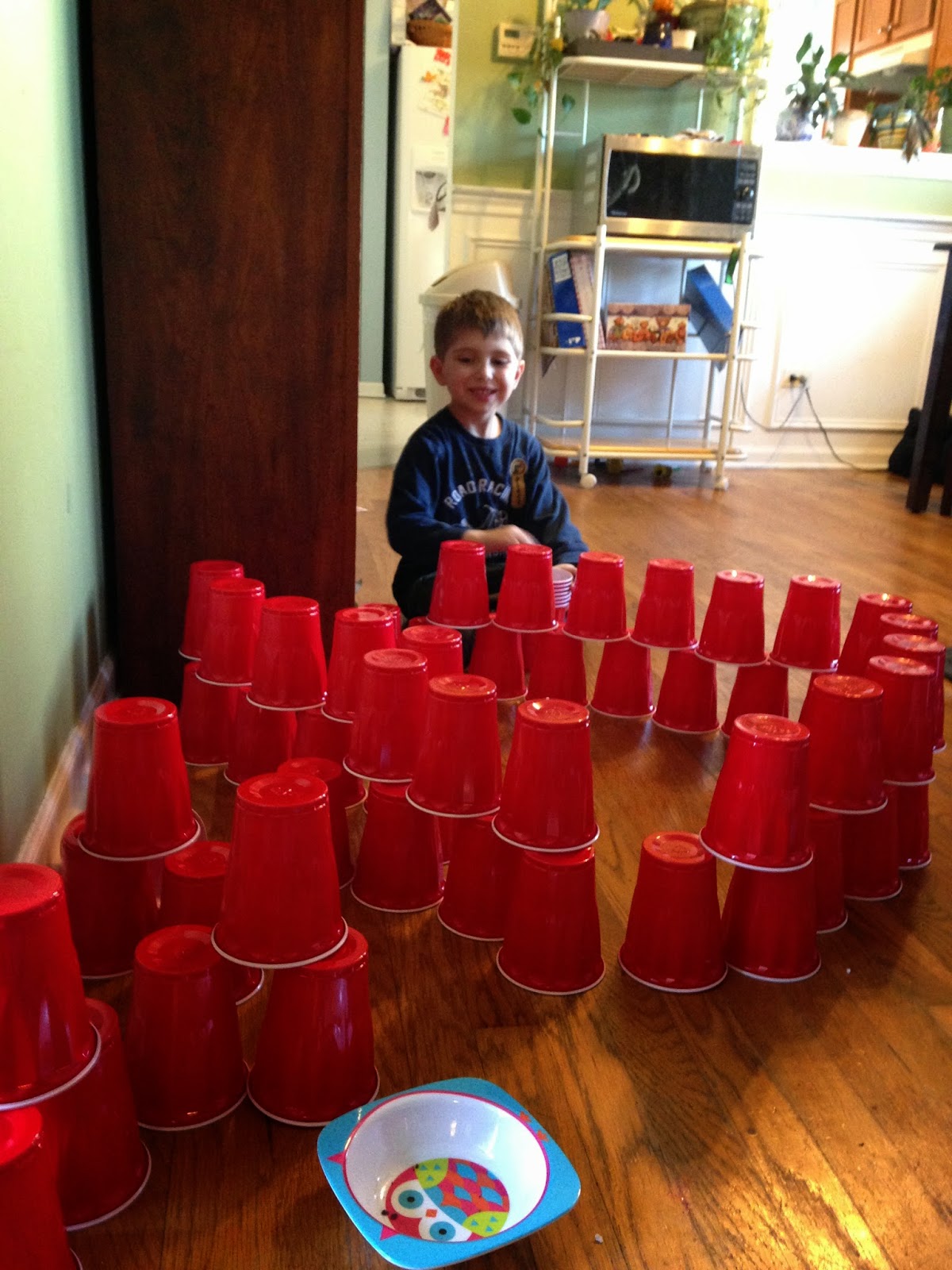 I think that this is the best toy I've bought in a long time. The boys can clean it up themselves by just making big huge stacks of the cups, and there's enough possibilities to keep them entertained. Red Solo Cups, you have officially SAVED my spring break.   :) 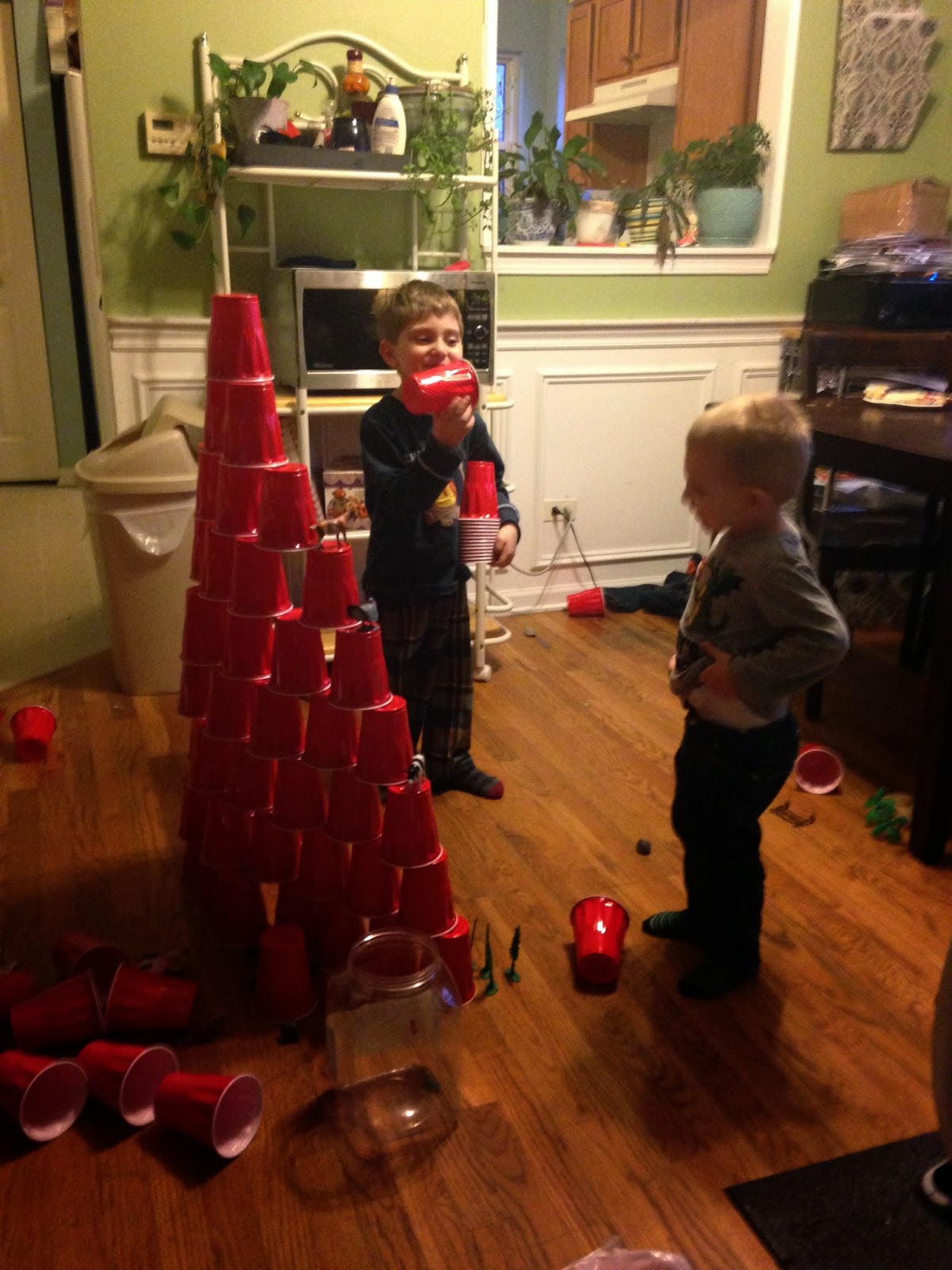