The Making of a Birthday

My mother-in-law had her 70th birthday last week, and we decided to do some special things to celebrate. Grandma Toni's birthday was on Tuesday, but we couldn't celebrate until Thursday. 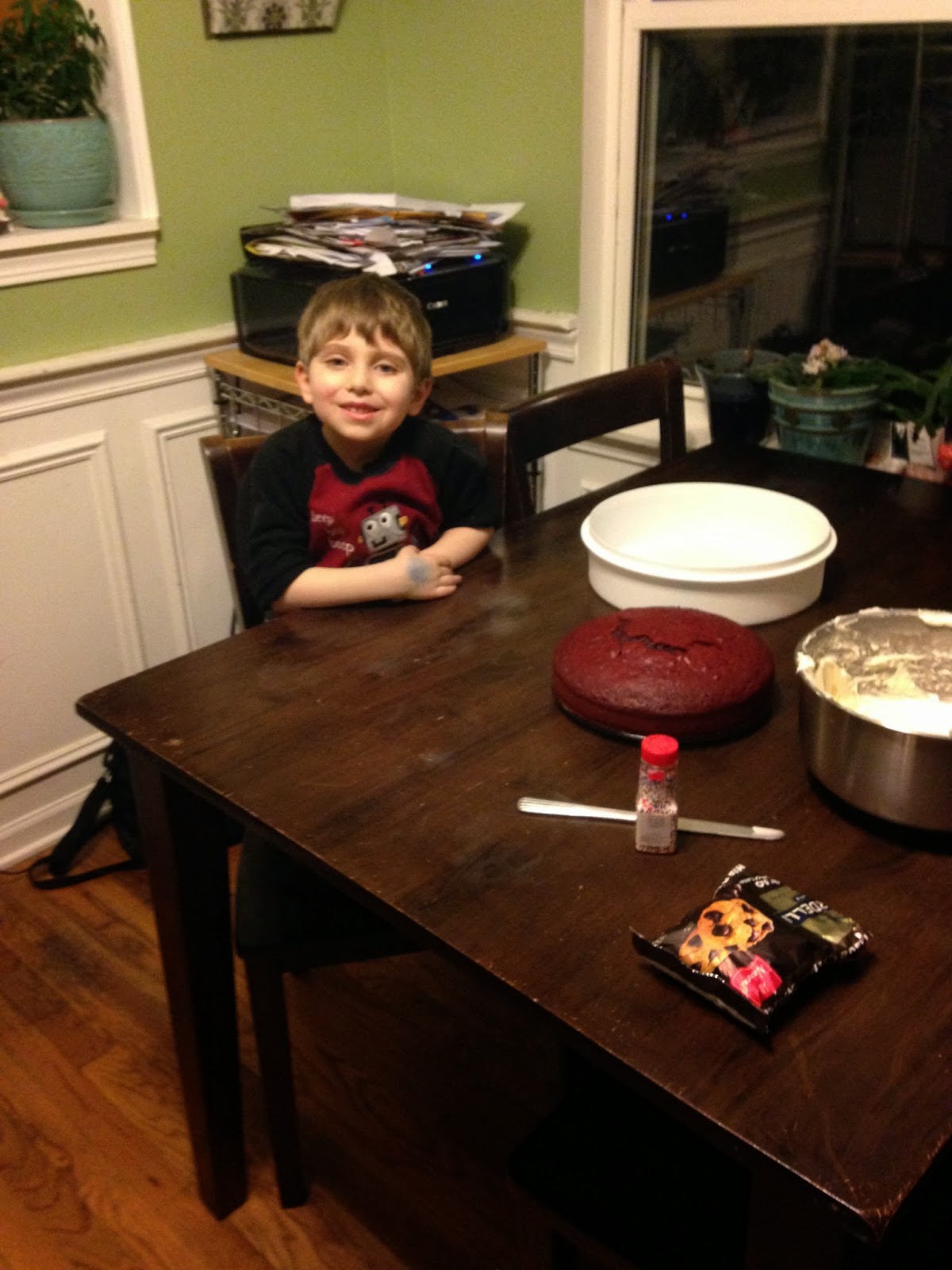 That gave us more time to make her a cake--red velvet, which is her favorite. The cake was from a box mix, but the frosting was homemade cream cheese. 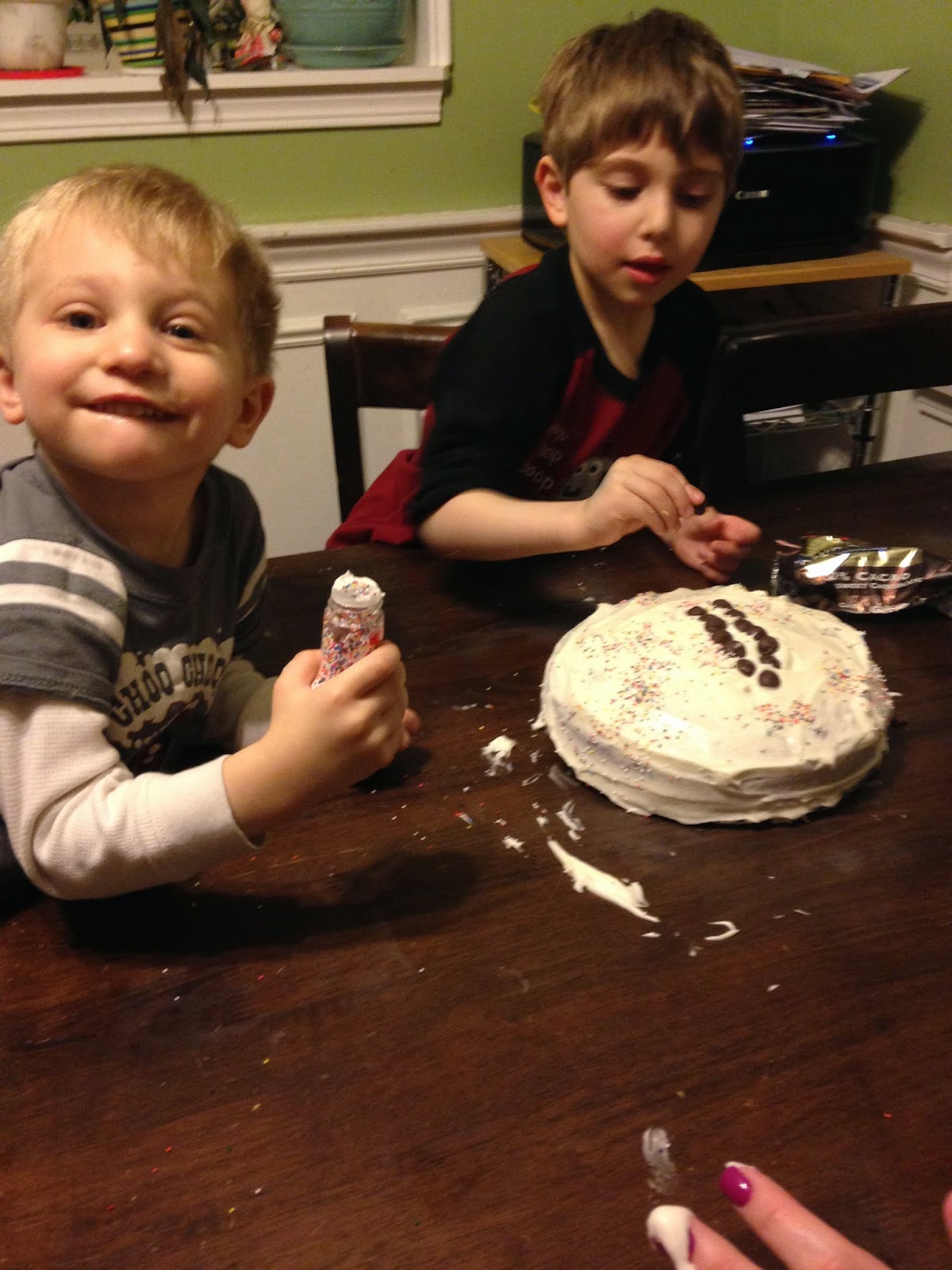 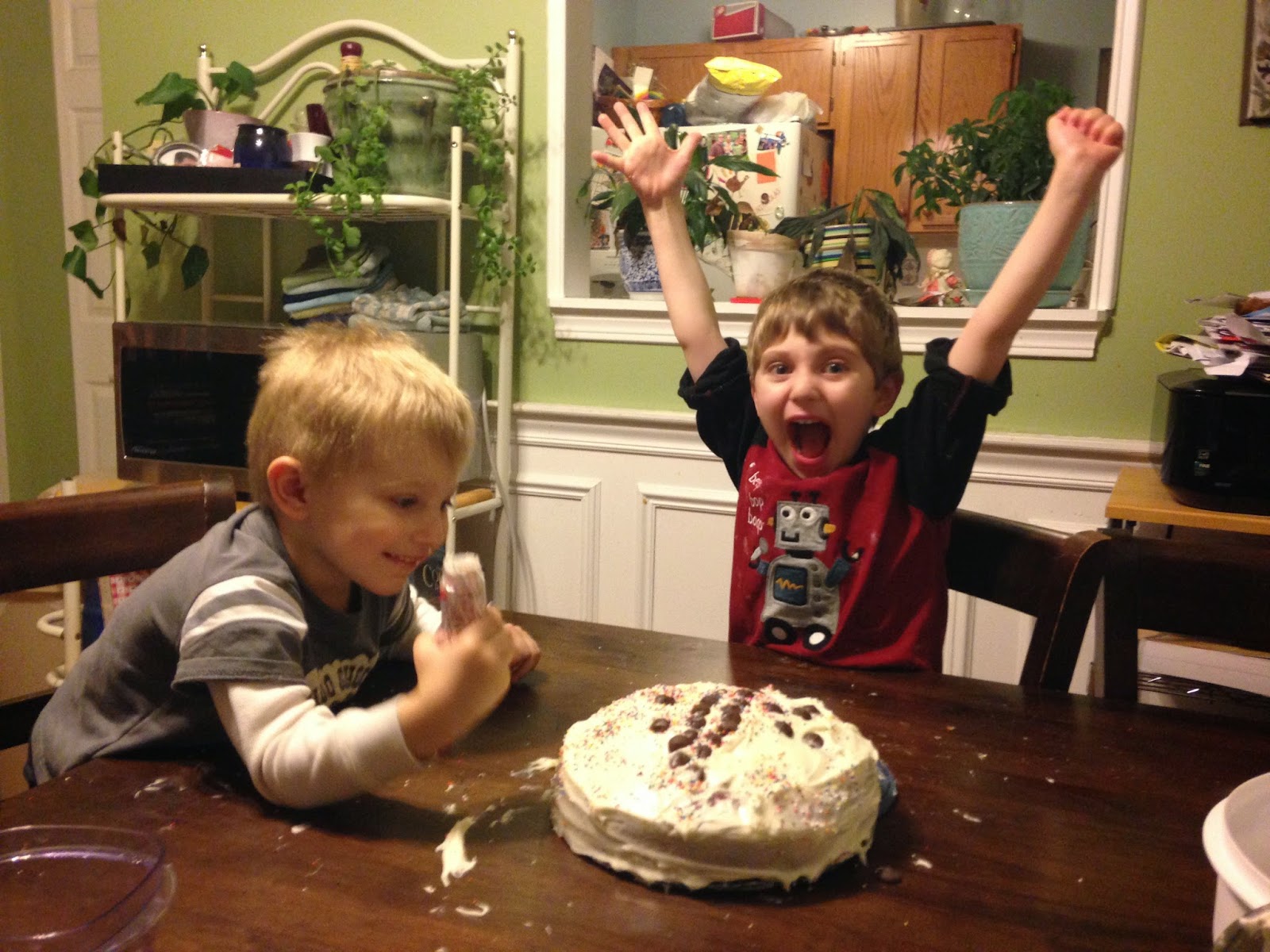 The triumph of the finished product was well-earned. I think this cake turned out exceptionally well, considering it was decorated by a five-year-old and a two-year-old. 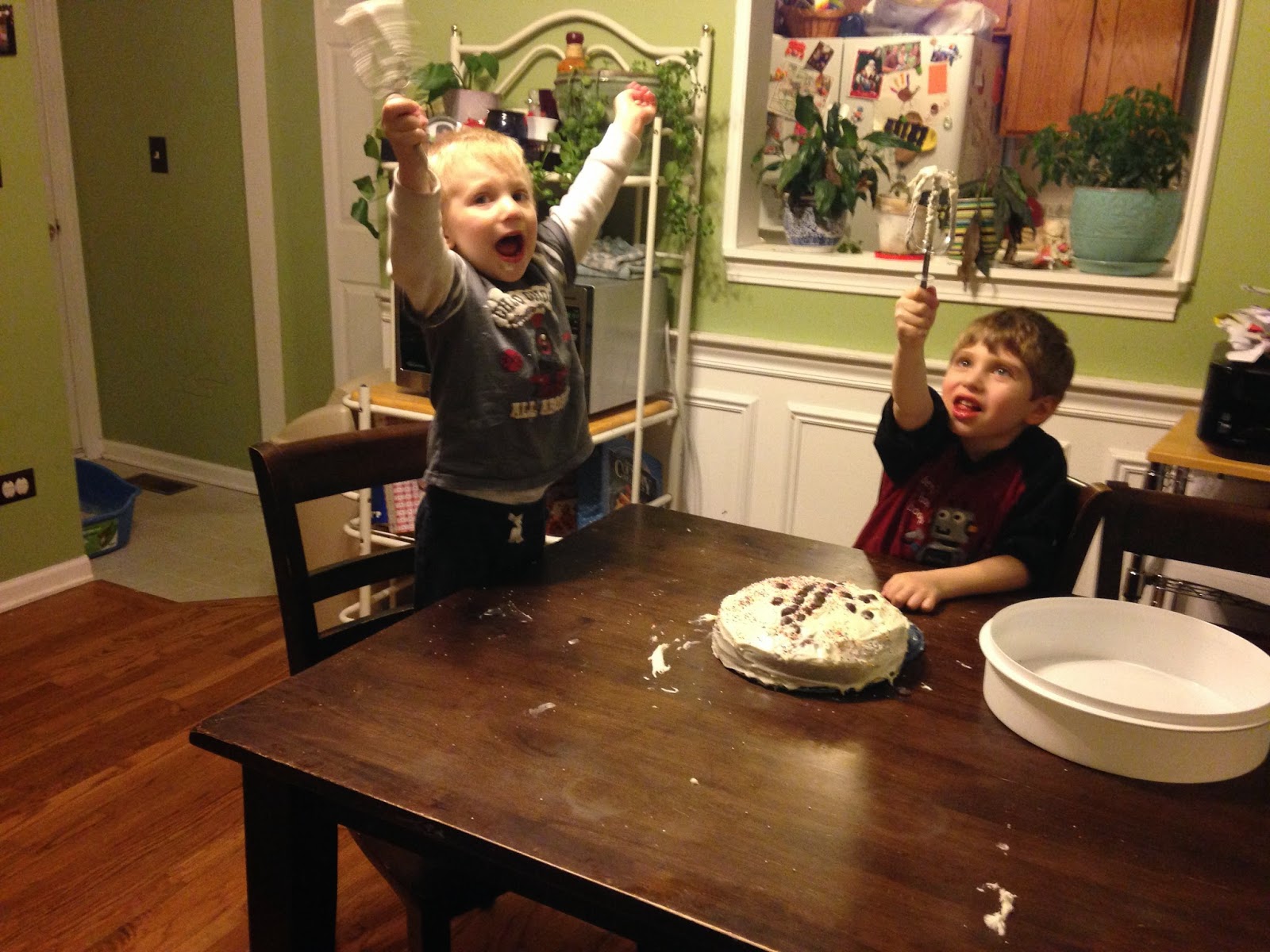 We celebrated by eating the frosting, but we made everyone wait until Thursday for the actual birthday celebration. In the meantime, the boys helped me pick out pictures for a card. 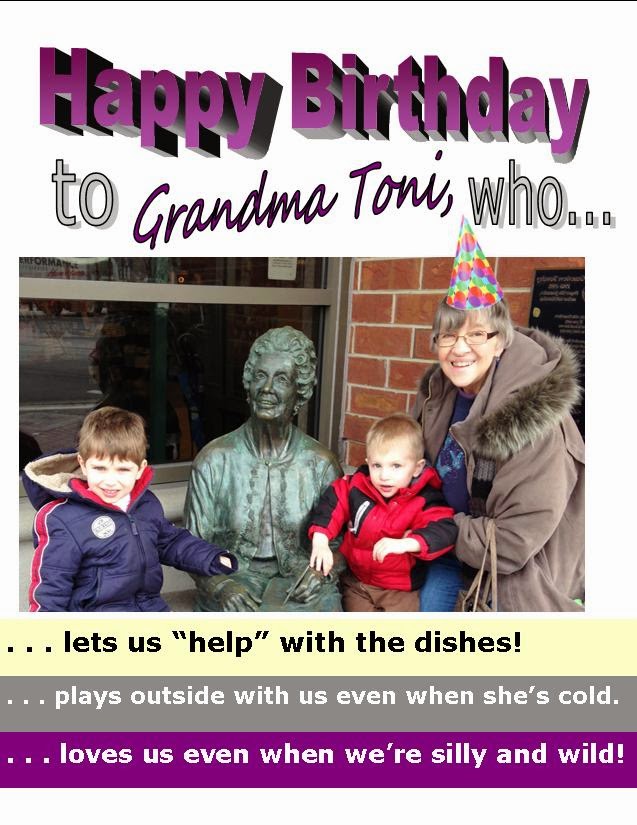 Greg drew a really cool picture using colored pencils. It is of a courtyard we visited last year in Gatlinburg, TN and Grandma Toni really liked it, so that was her birthday present. 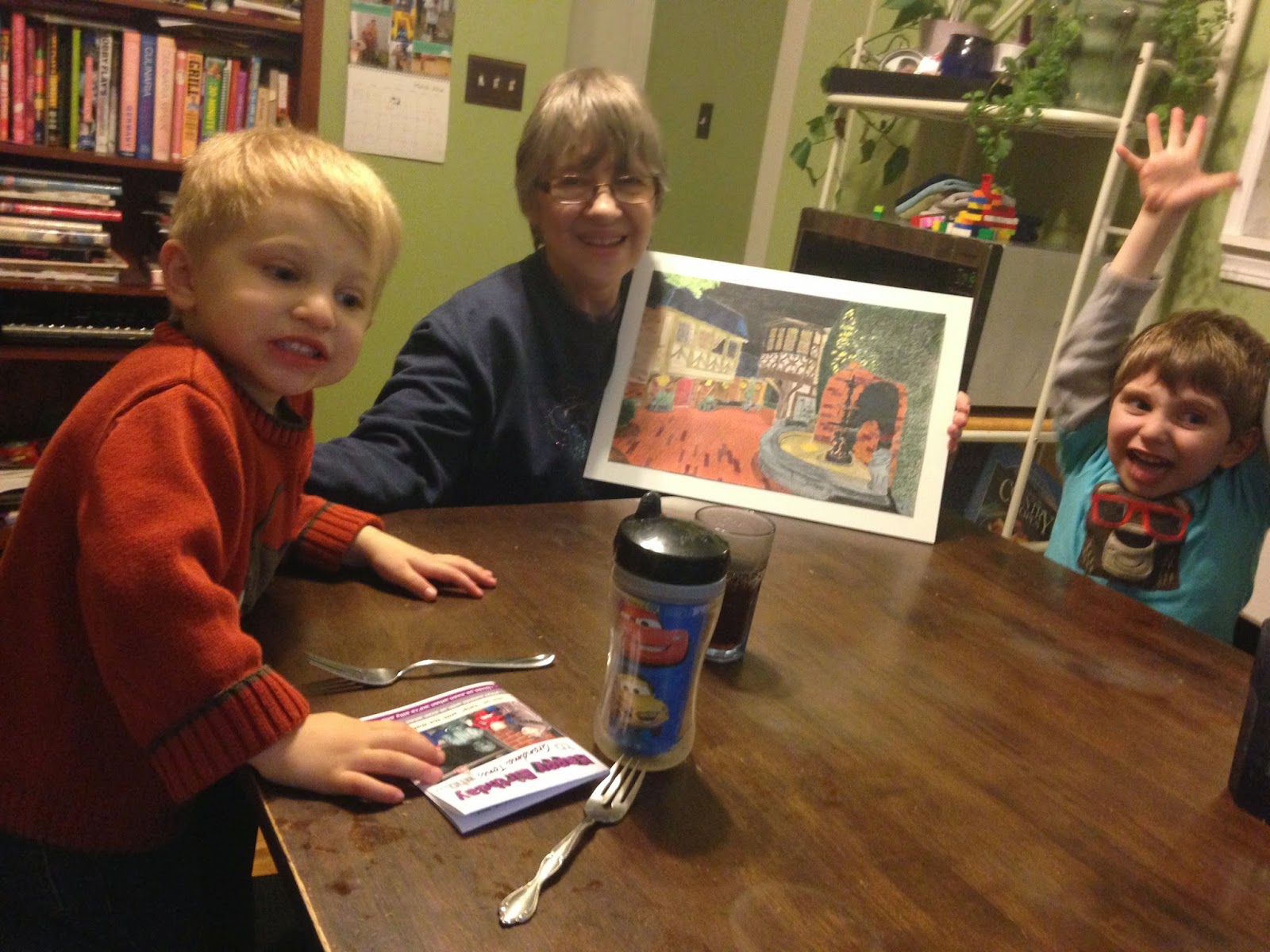 Nick drew Grandma a picture too, just like Daddy. 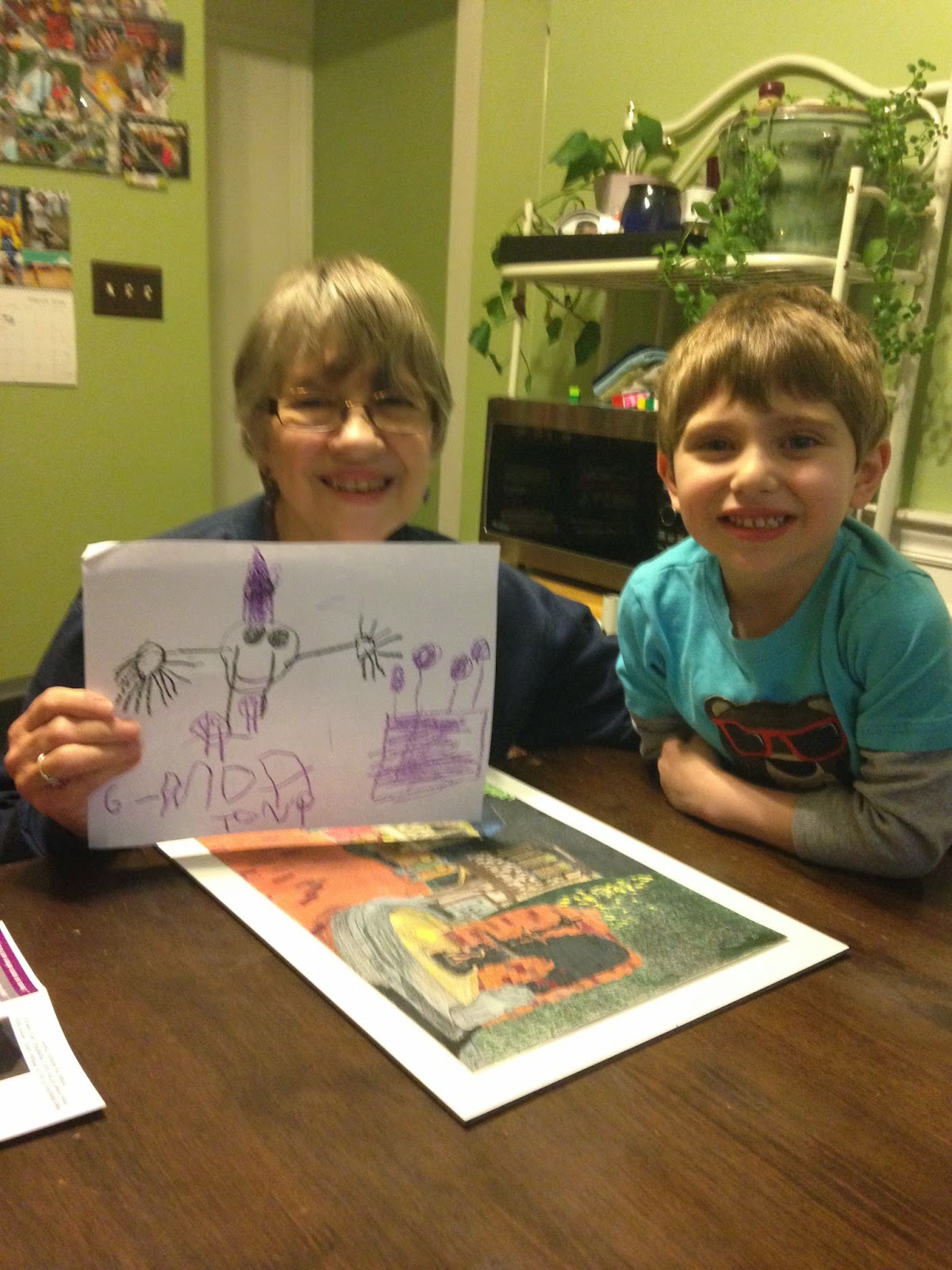 After presents, it was time for cake. I found special candles with colored flames. 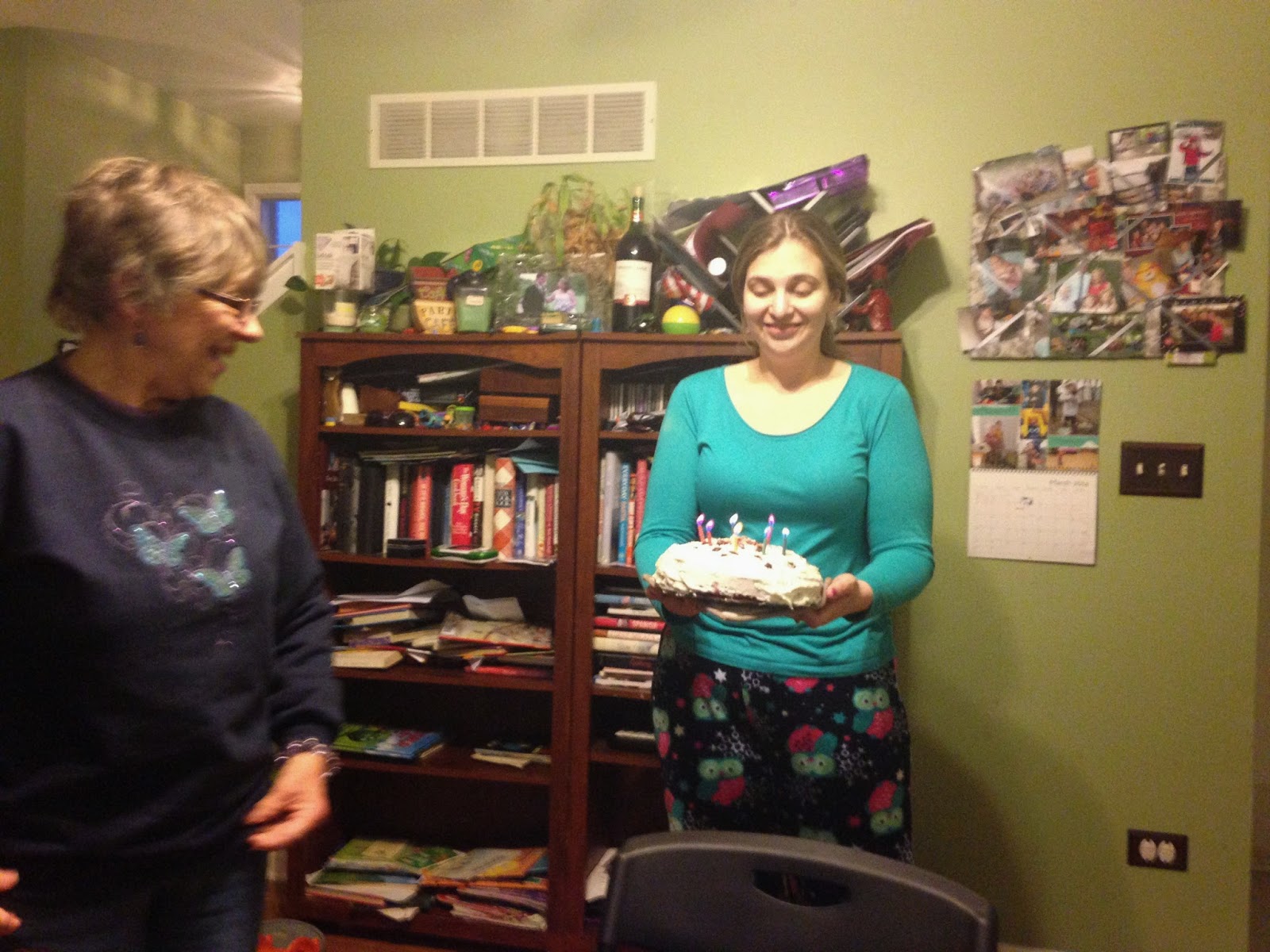 The boys helped Grandma blow out her candles. 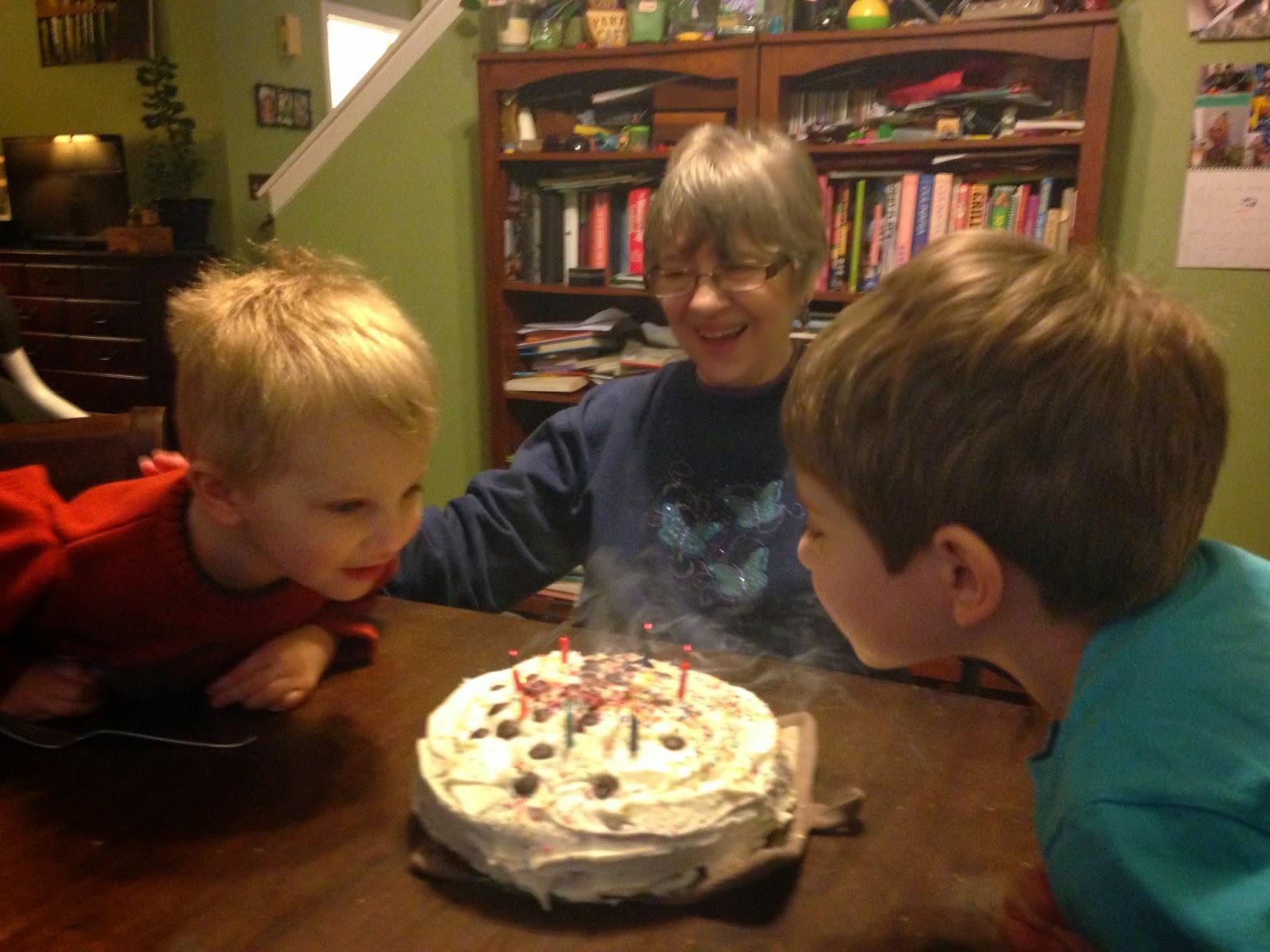 Everyone was happy to have some cake. . . 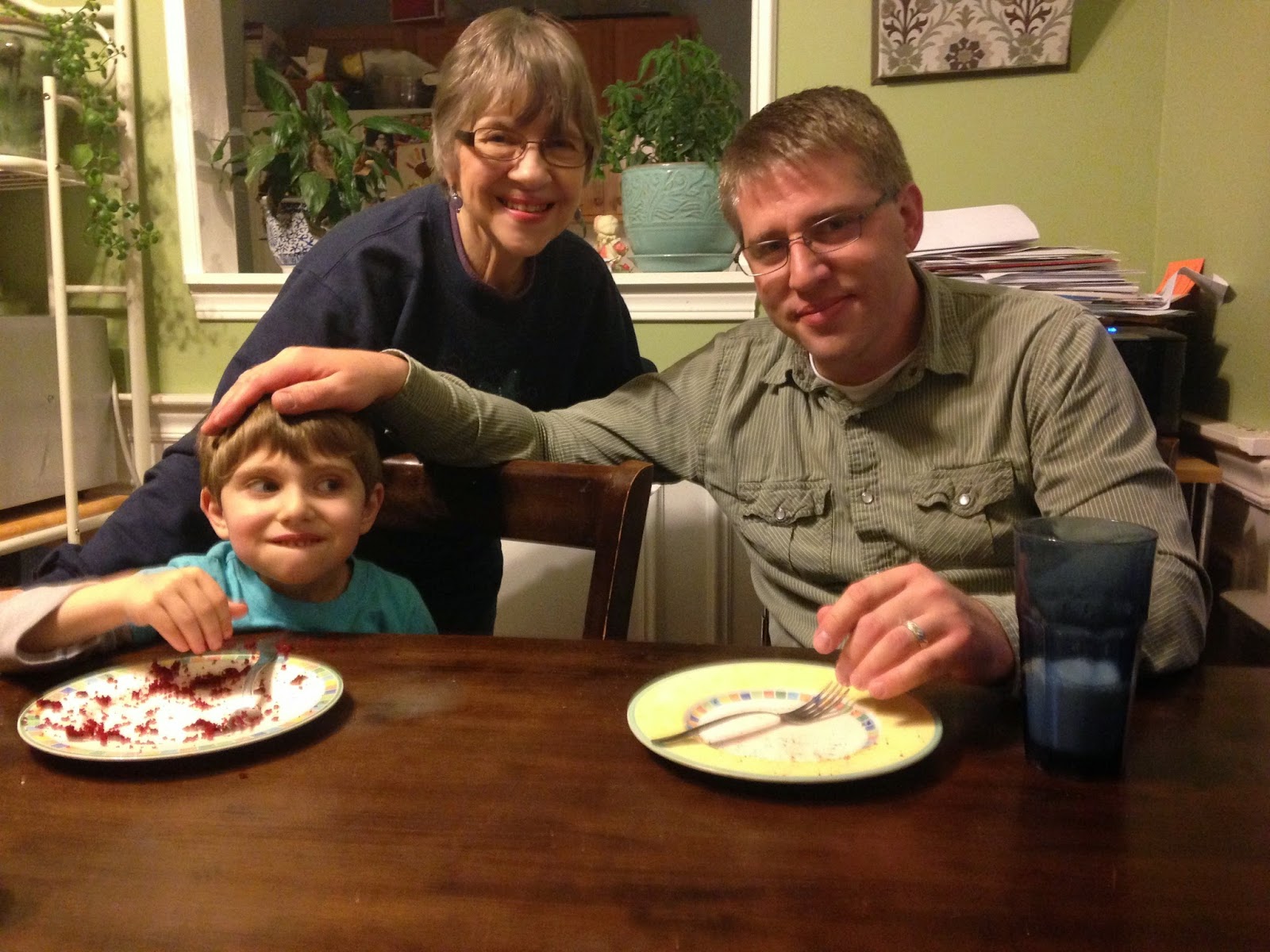 . . . but no one was more excited than Henry. He looked a little like a vampire with all that red velvet cake on his chin. 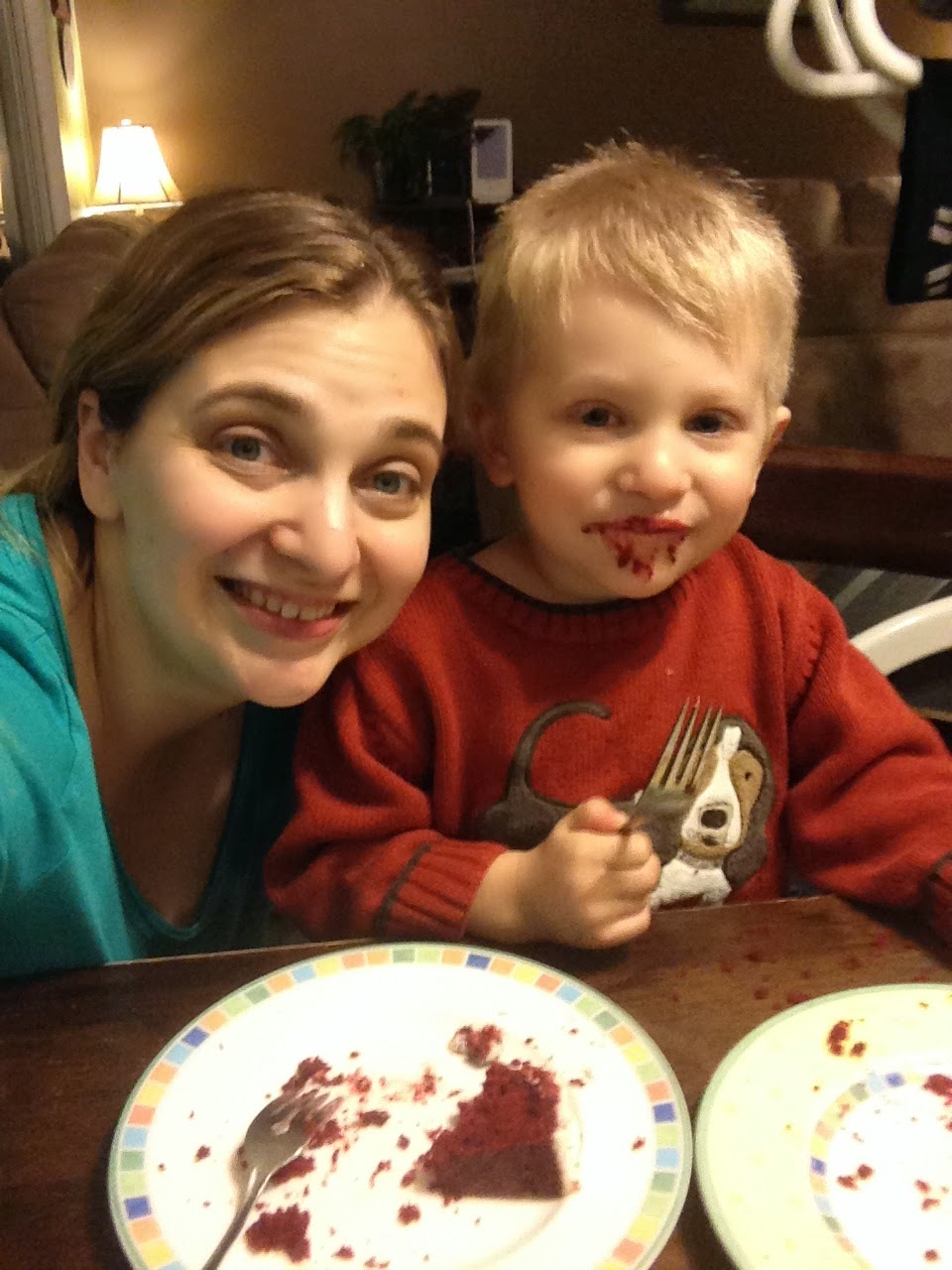 I think Grandma had a good birthday.  :)  The boys sure had fun trying to make it special.
Posted by Melissa E. at 9:09 PM