Daredevils at the Playground

Going to the playground lately really gets my heart rate up, and not because I'm doing any climbing myself.


My guys learn more about climbing just about every week. We play a little game called "park hopping." I drive around looking for the coolest parks, and we try a new one nearly every time. This one was one of my favorites, so far. 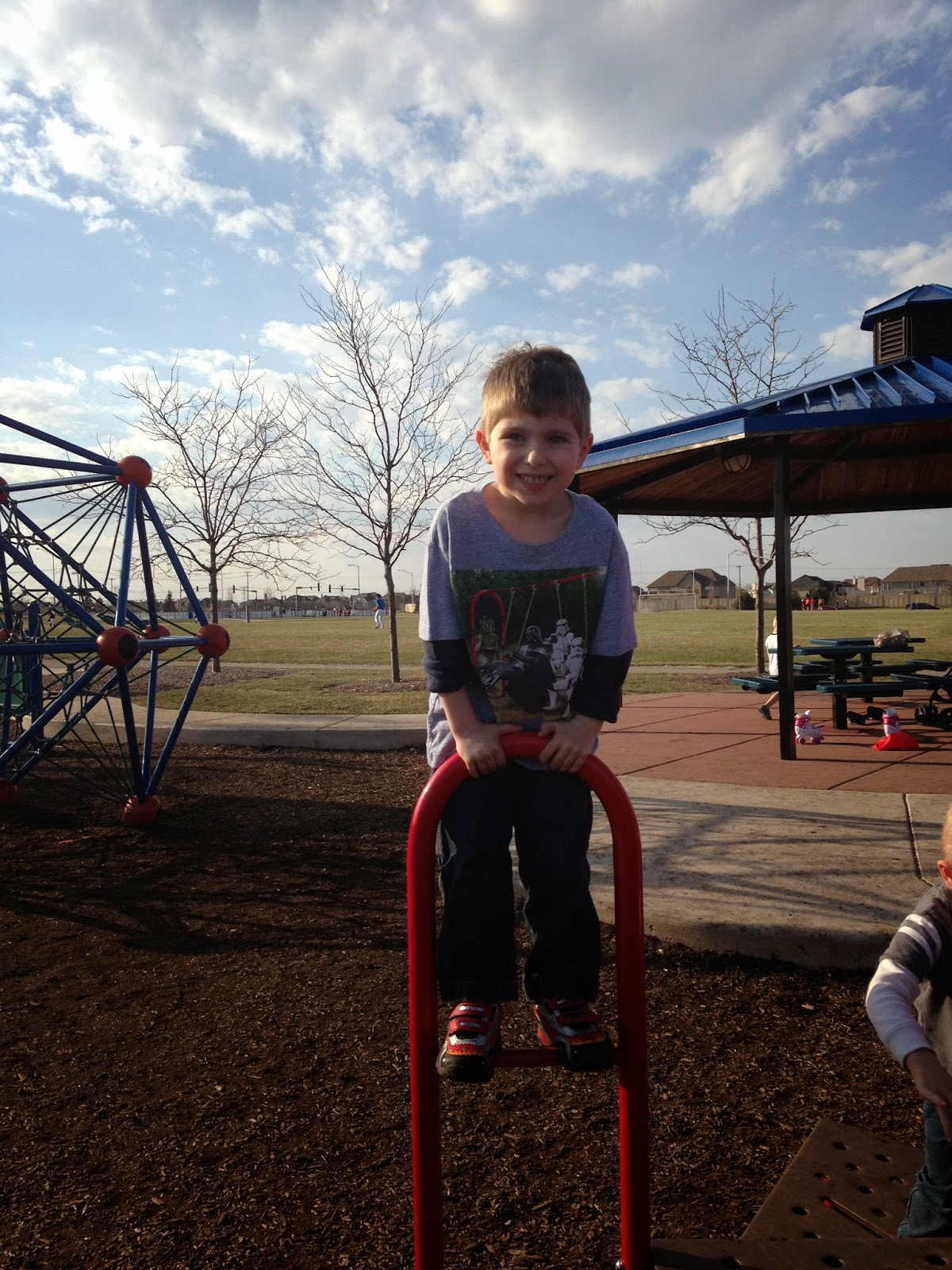 Henry scares me with his climbing ability and lack of fear. Check out how high he climbed! 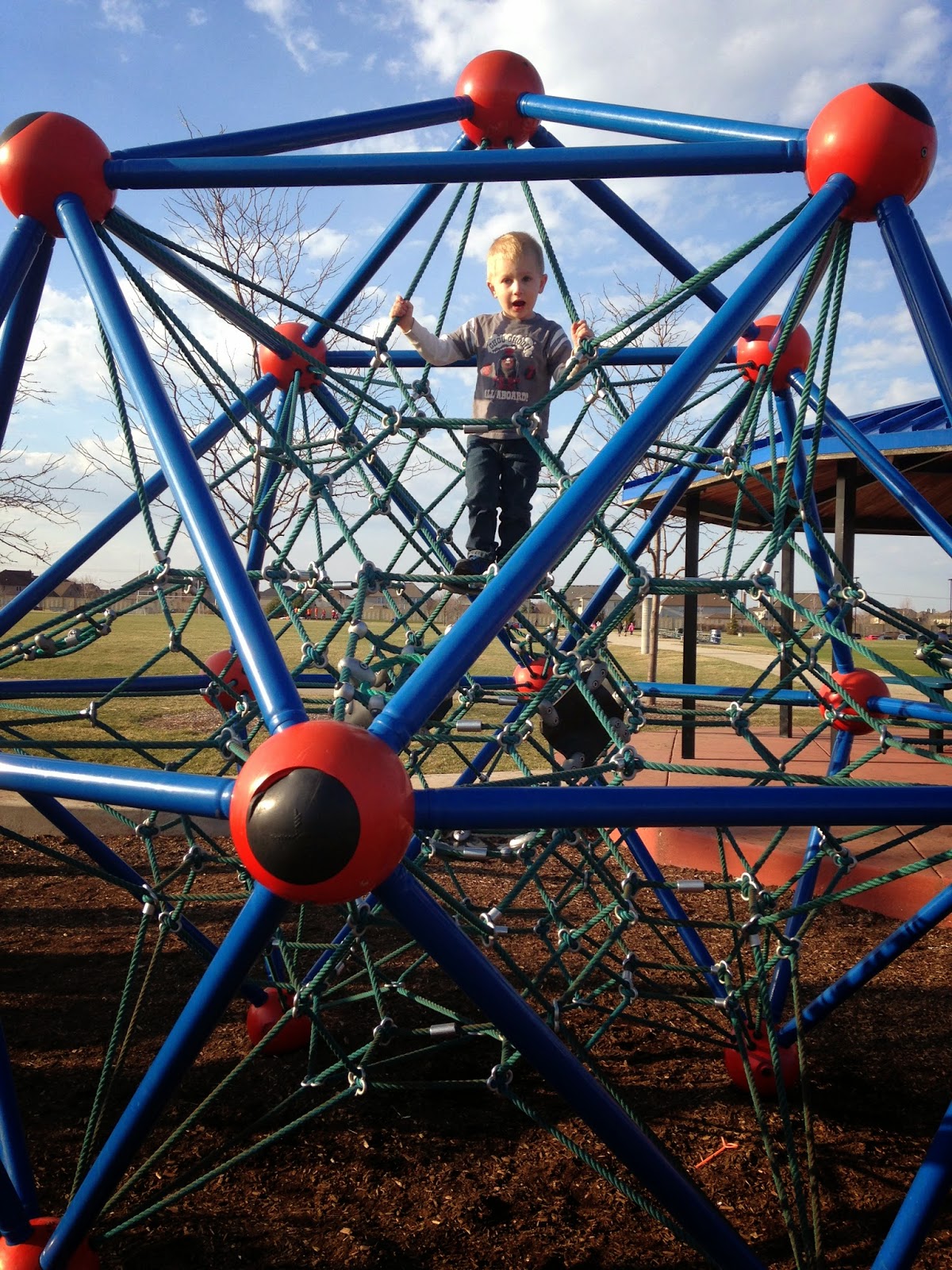 I was scared the first time he did this, but Henry proceeded to climb up and down this entire structure at least five times. No fear for this little man! 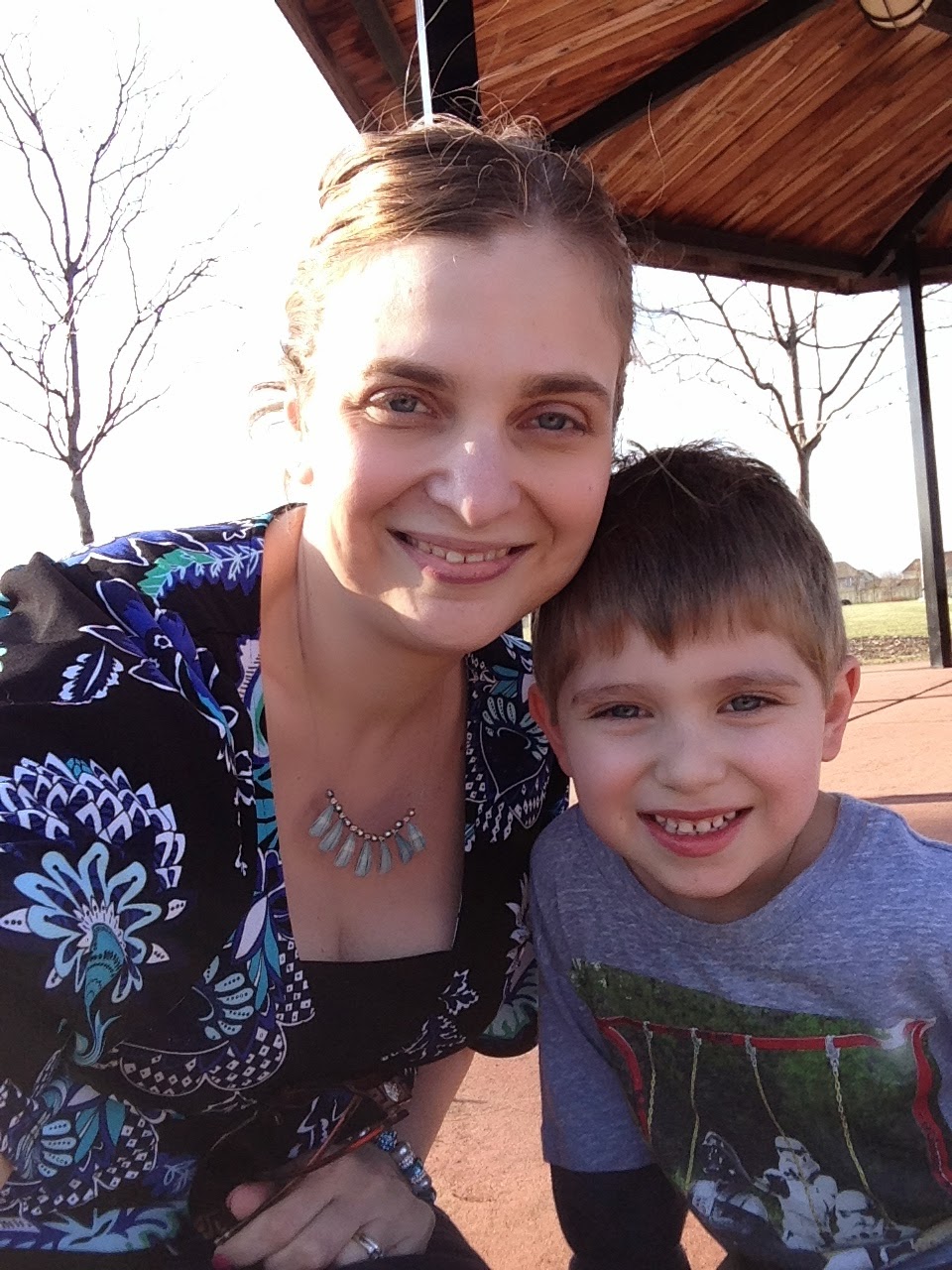 If you're wondering about Nick's shirt, the answer is yes. Nick is indeed wearing a t-shirt with Darth Vader playing on  a swing set. I couldn't resist it. Oh, and remember how I've said Henry didn't like the swings? He changed his mind just last week. He loves swings now. I'm not sure what brought about this particular change, but Henry's happy about it. 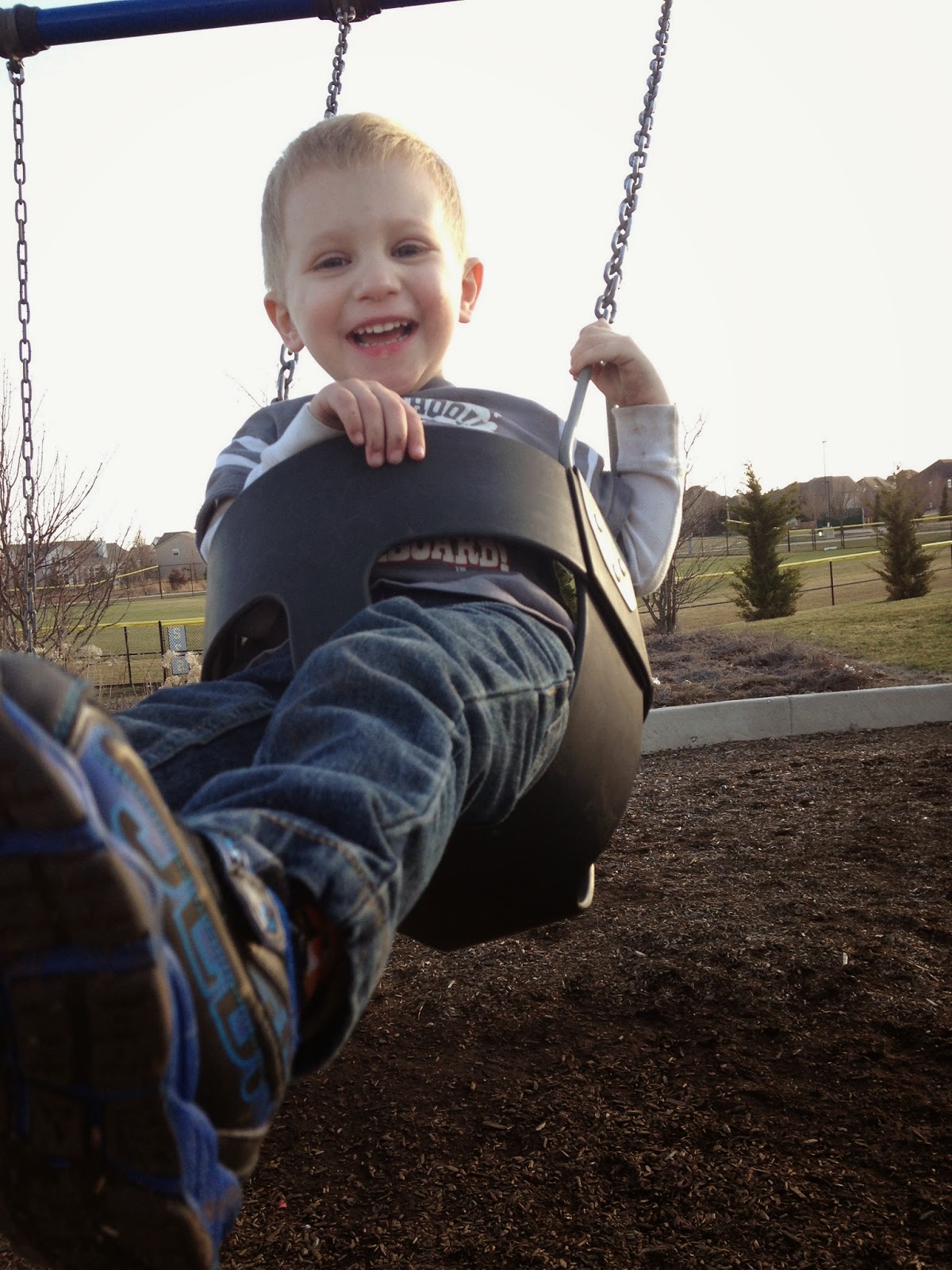 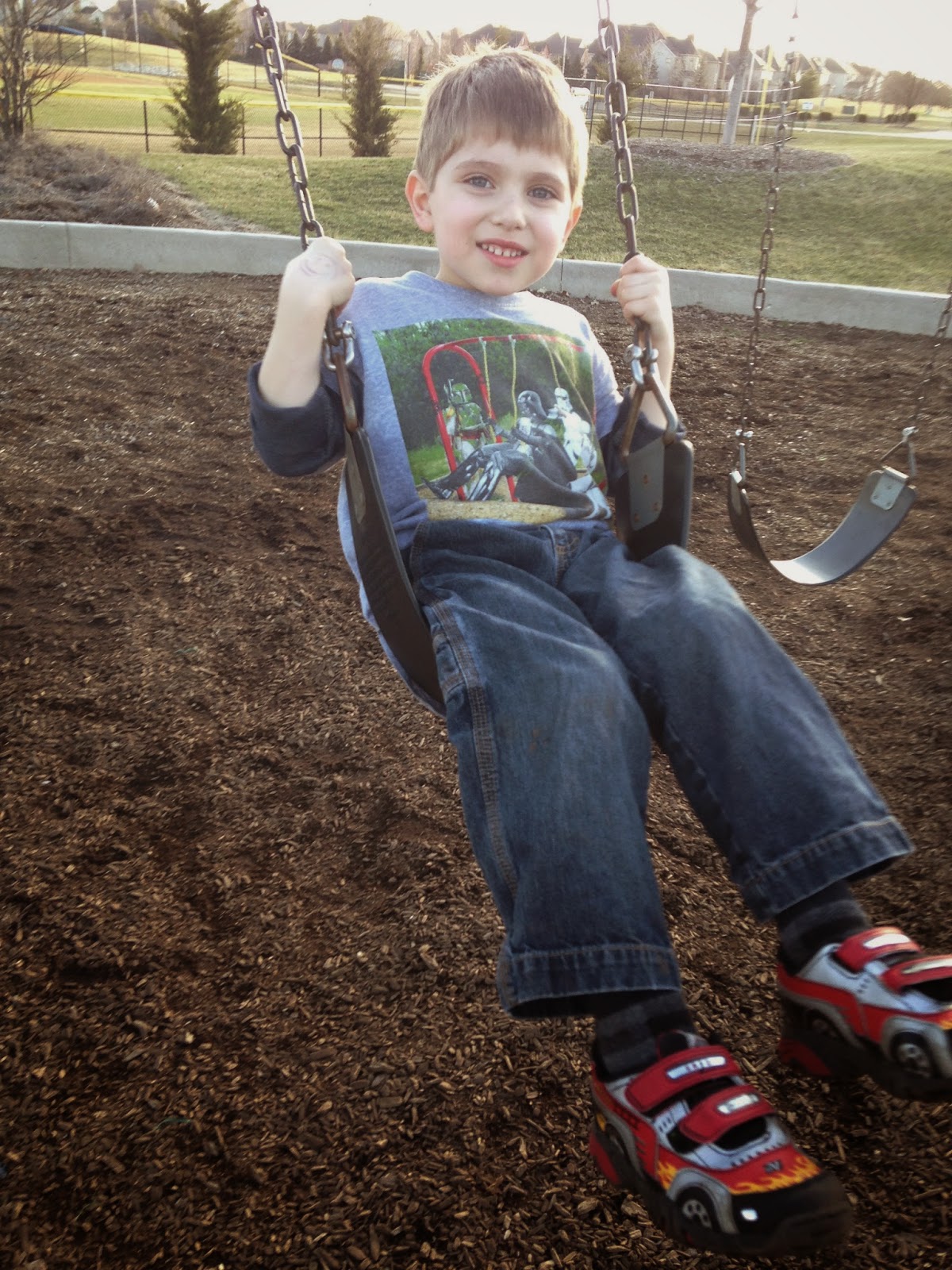 We'll definitely be visiting this particular park again. The boys got a kick out of this hippopotamus, which is decorated with an explanation of its body parts in three languages. Super-cool! 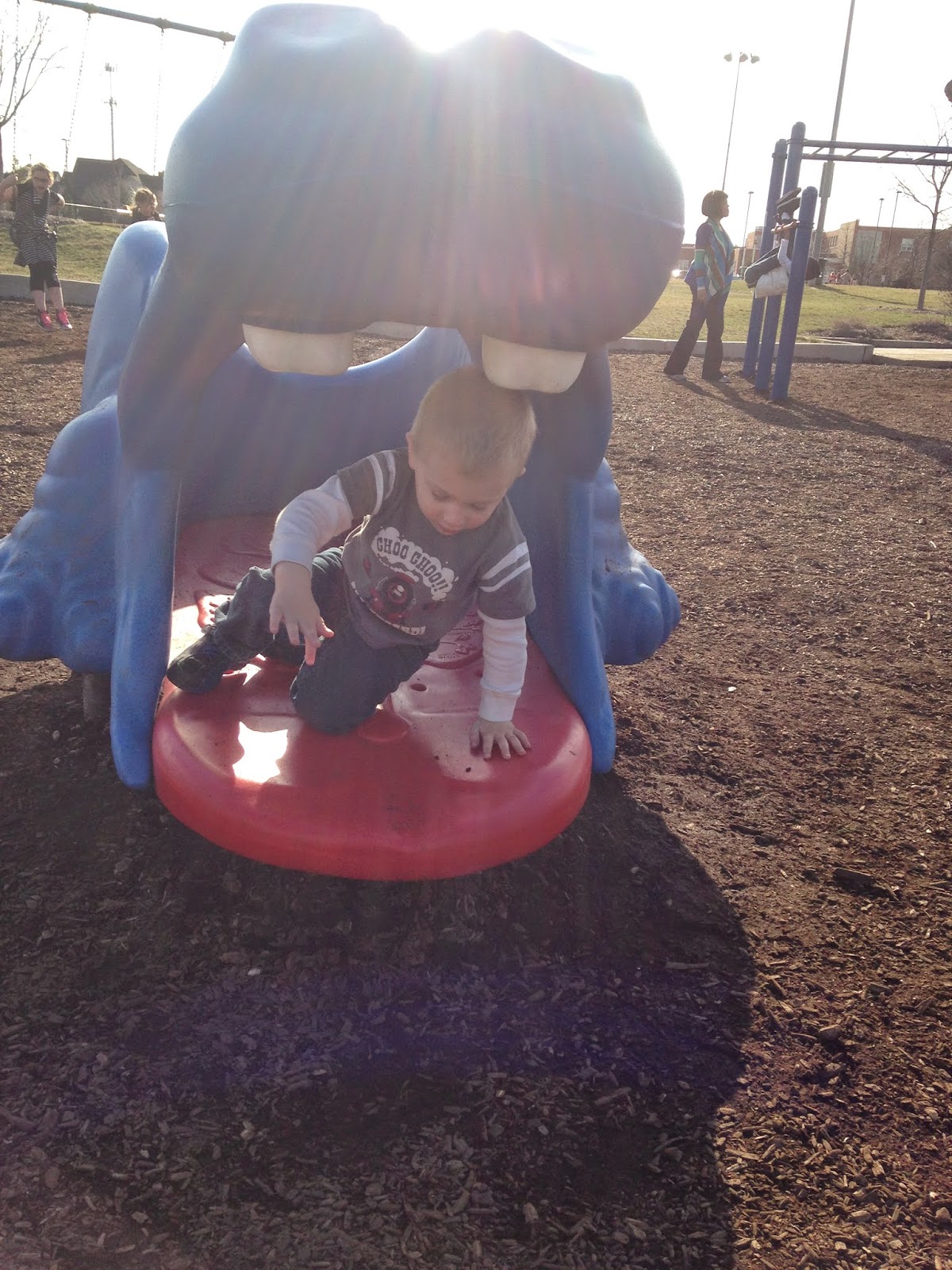 Here's some Henry joy as he was swinging. I'm hoping the weather improves so we can get in more park time soon.