Bunny Ears and Sprinkles and Joy

In preparation for Easter, I made cookies with my boys this weekend. I also broke one of my cardinal rules of baking with children: Thou shalt only cook with one child at a time. They both wanted to help, Greg was at work, and I felt terrible saying no, so I gave in to the chaos.


I had the kids take turns on every single step, so the cookies took twice as long to make and made easily double the mess. However, Henry and Nick probably have a lot more background knowledge about baking than their peers, and they are learning to take turns. 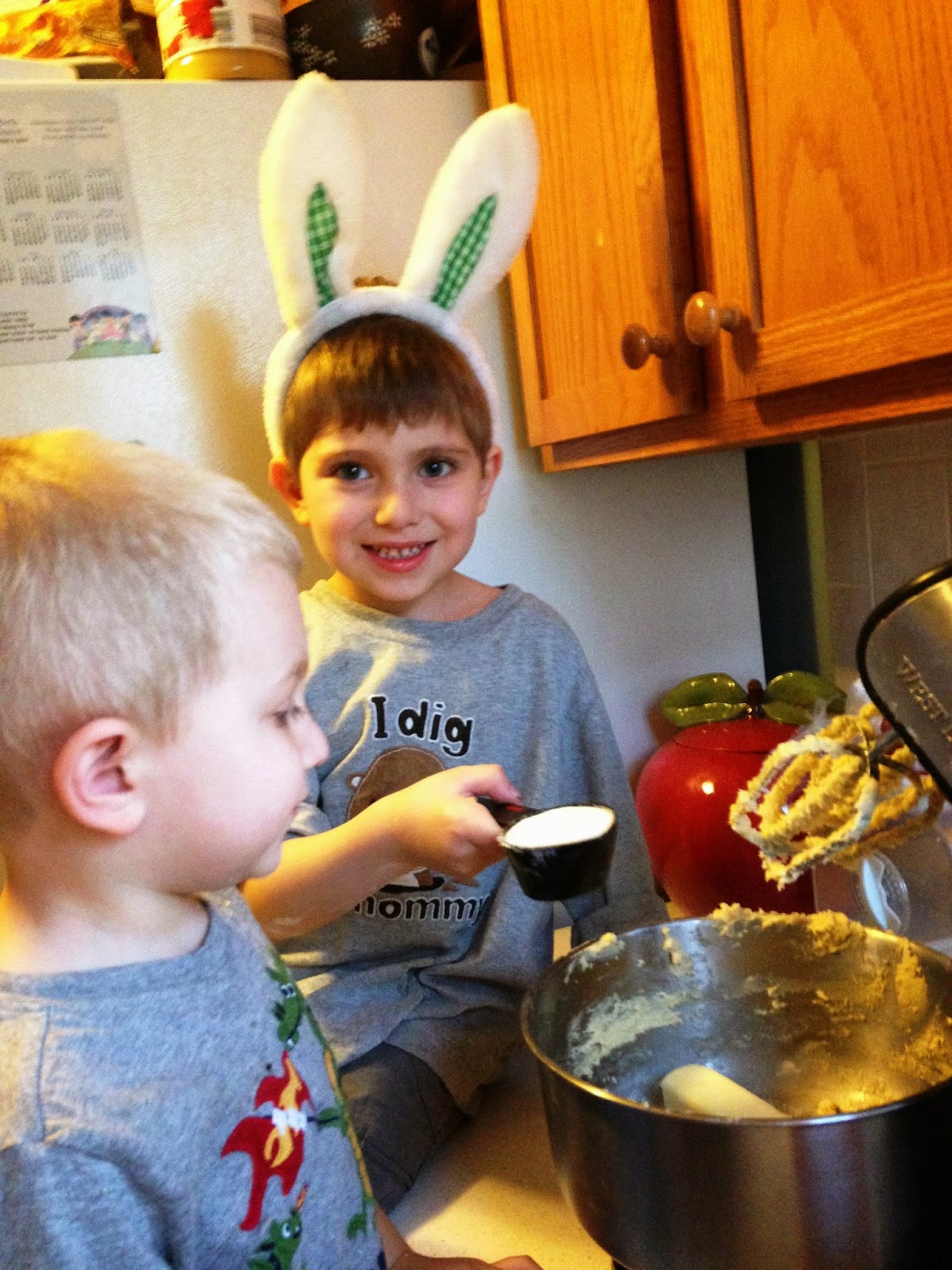 Considering the major fits that resulted the last time I tried to bake with both kids at once, I'd call this cookie making venture a success, since only four time-outs were implemented and only one person cried (and it wasn't me). Cookie dough was eaten by all. 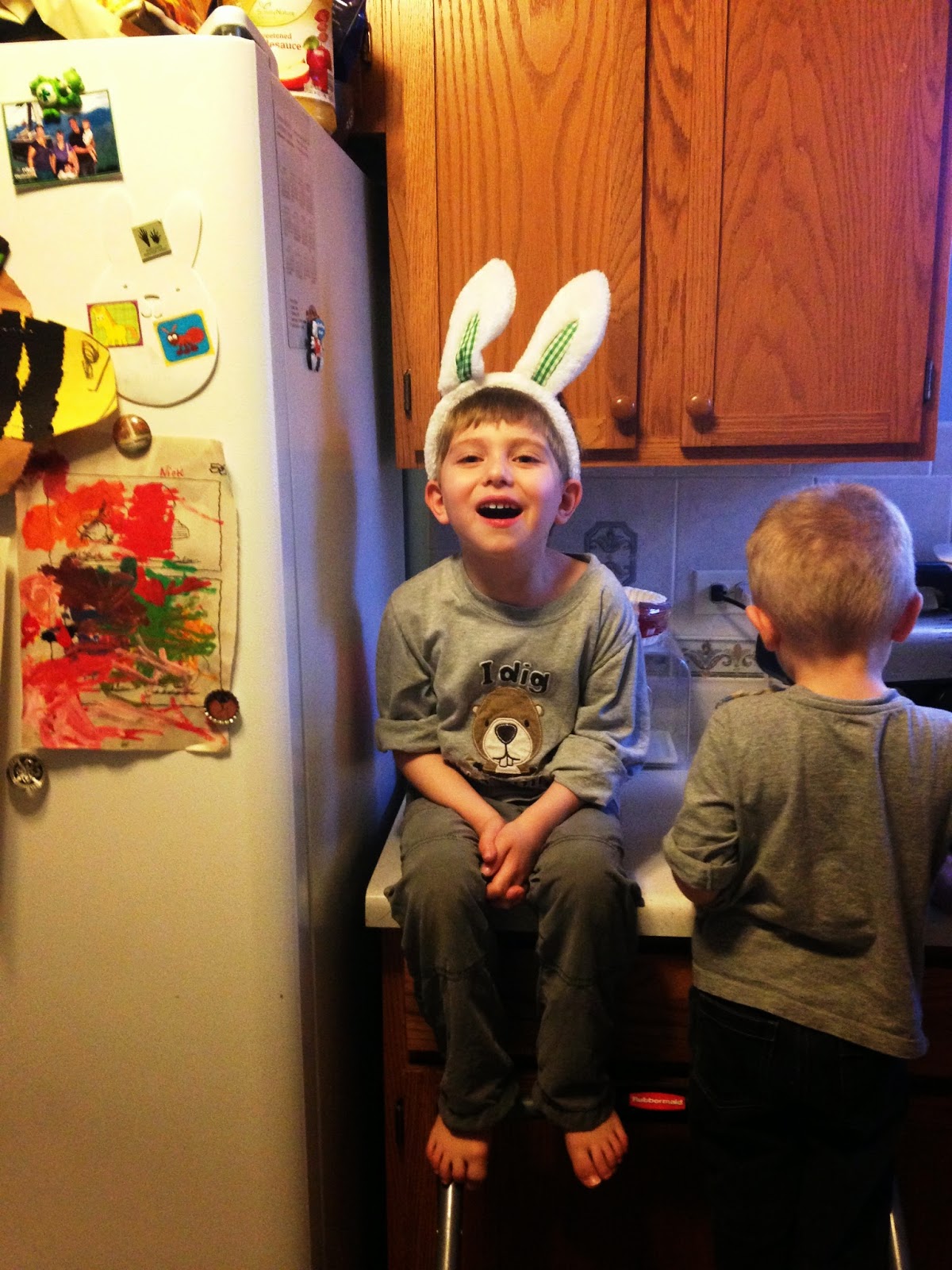 I love the above picture for many reasons. First of all, the bunny ears are downright adorable. Henry is working so hard to add in the flour that he didn't even turn around. You can see their art displayed on the fridge next to them. Oh, and Nick's little toes are pretty cute, too. 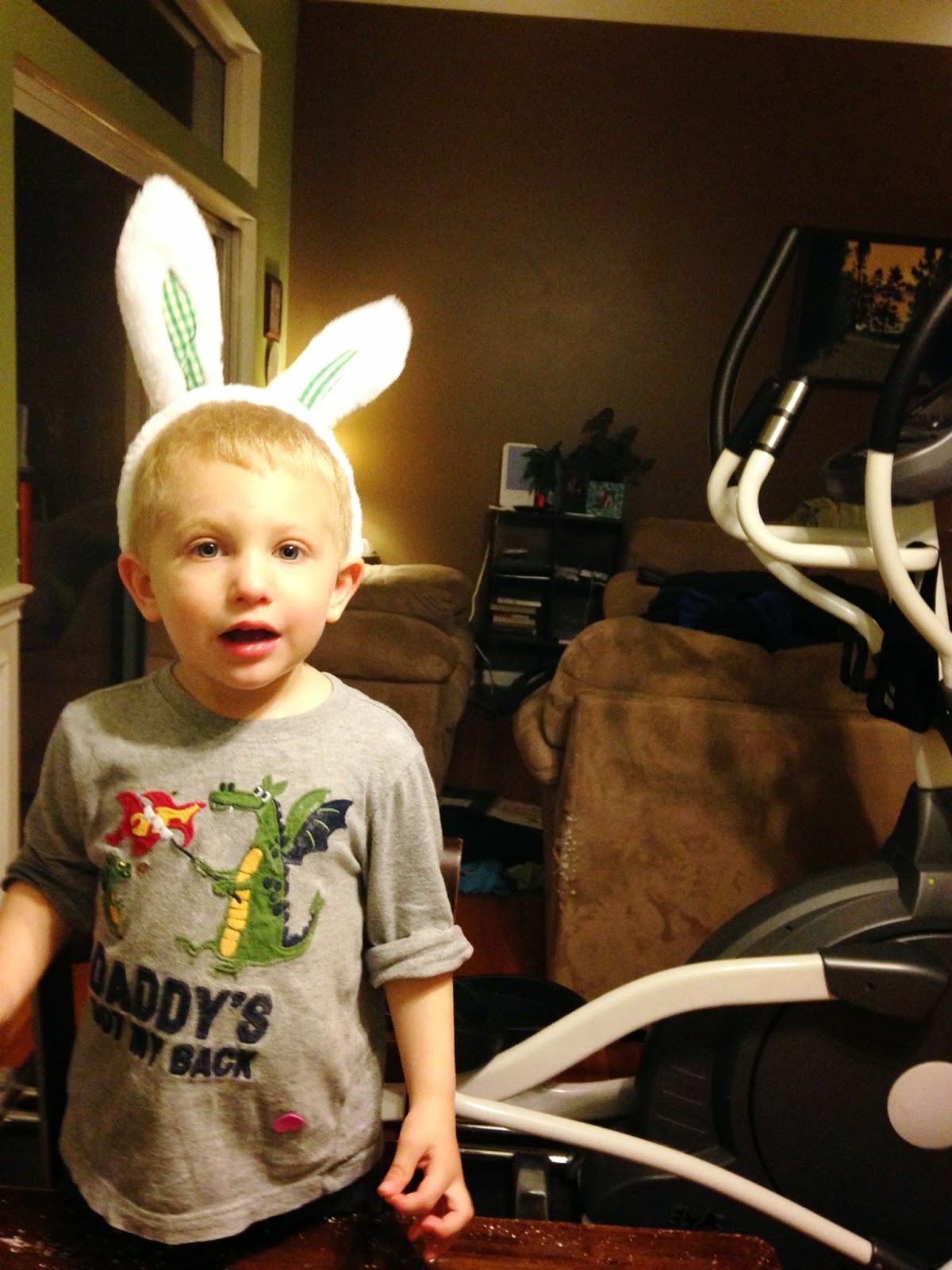 Despite the fact that it took me an hour to get dried cookie dough, flour, and sprinkles off of everything, I'd call this a great evening. Let's not even count the number of times I had to say, "No eating dough!" "No! It's breaking!," "That's way too many sprinkles!, " and simply, "Stop!" 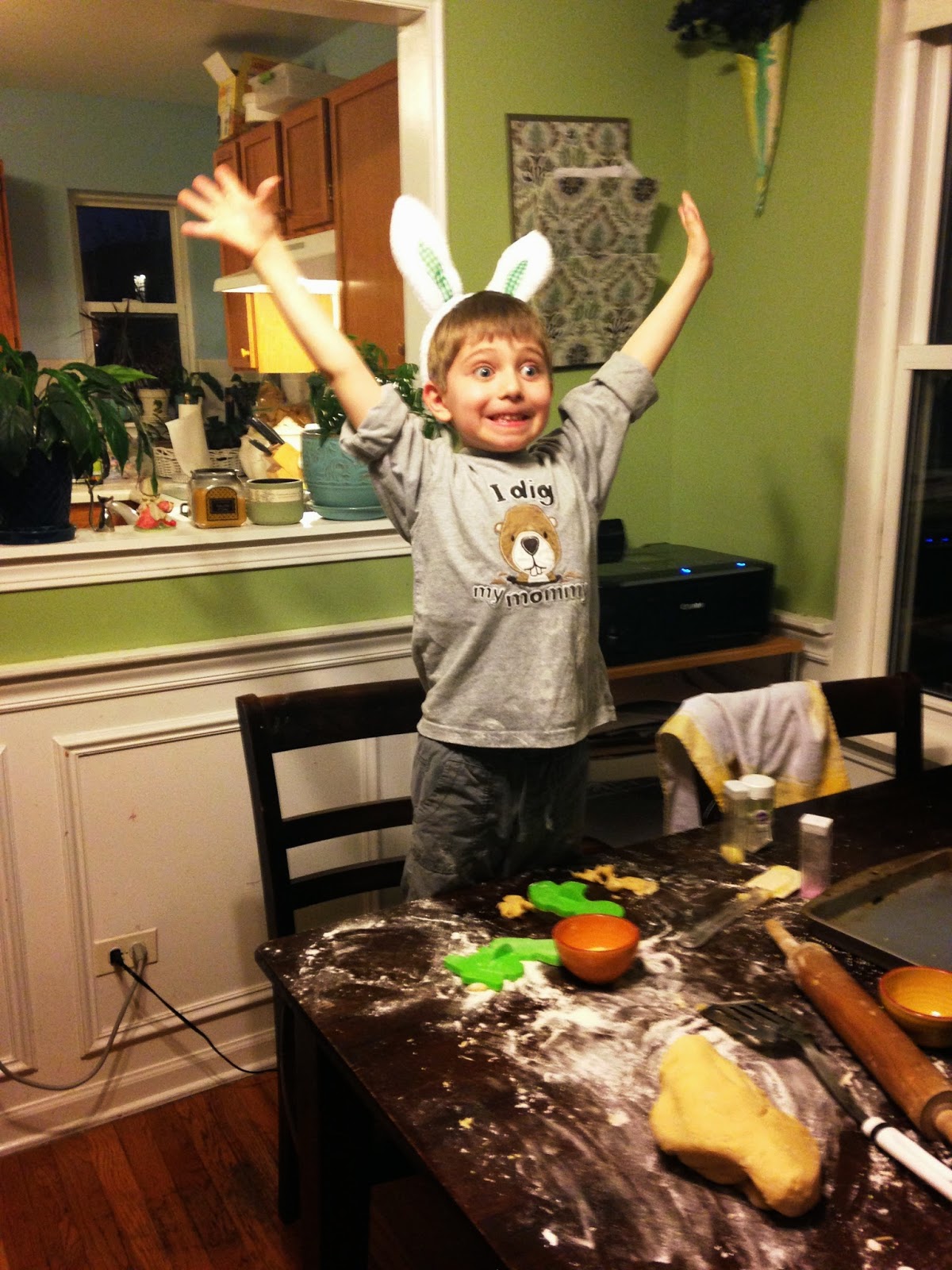 I couldn't name the tune that Henry was belting out when I snapped this picture, but he was obviously very into his singing. (Yes. It was after dark. I kept them up a little late in the hopes that they'd sleep in Saturday morning. It didn't work.) 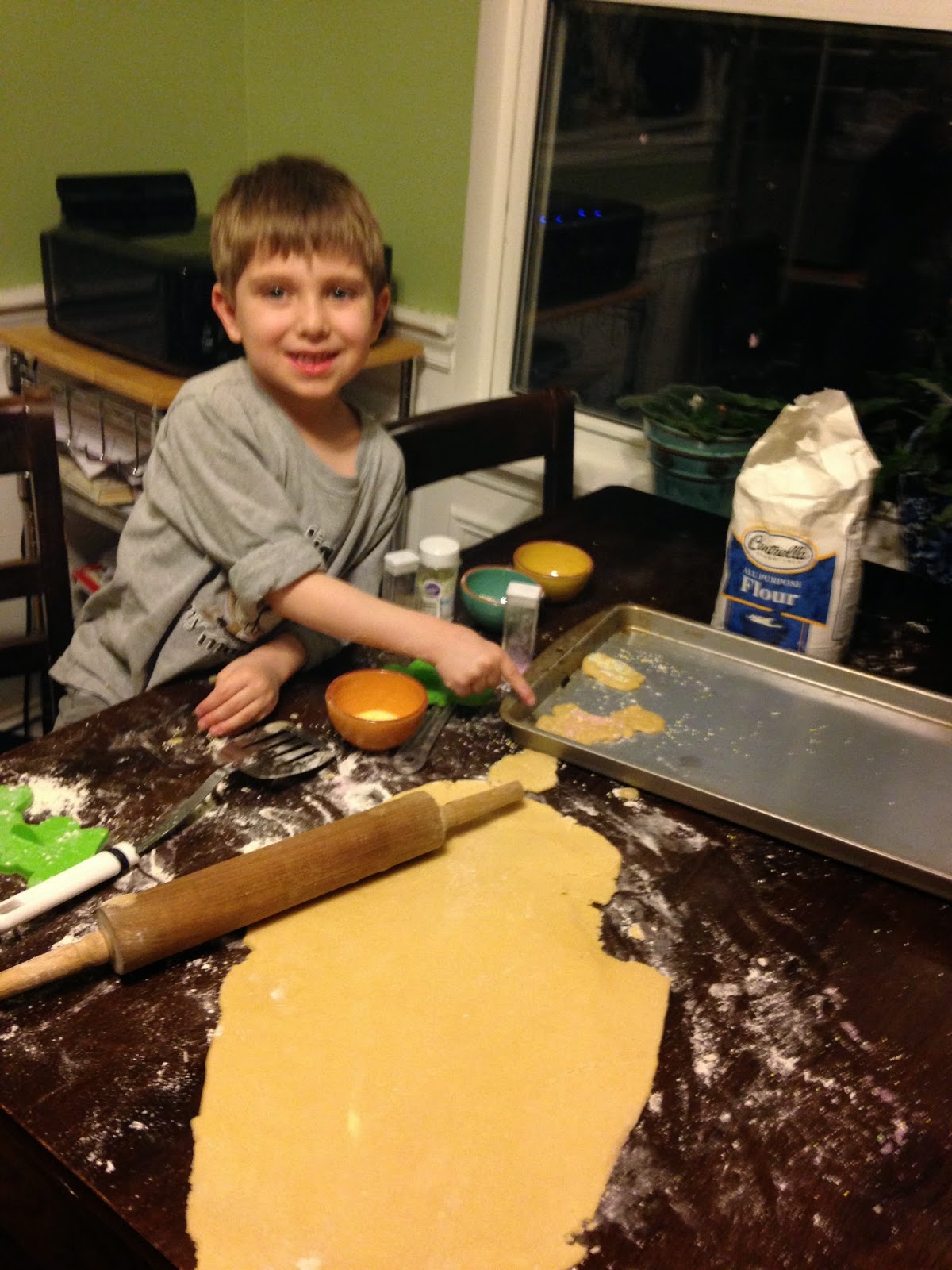 The cookies, however, turned out great, despite being drowned in sprinkles and a little uneven. Nice job, boys! 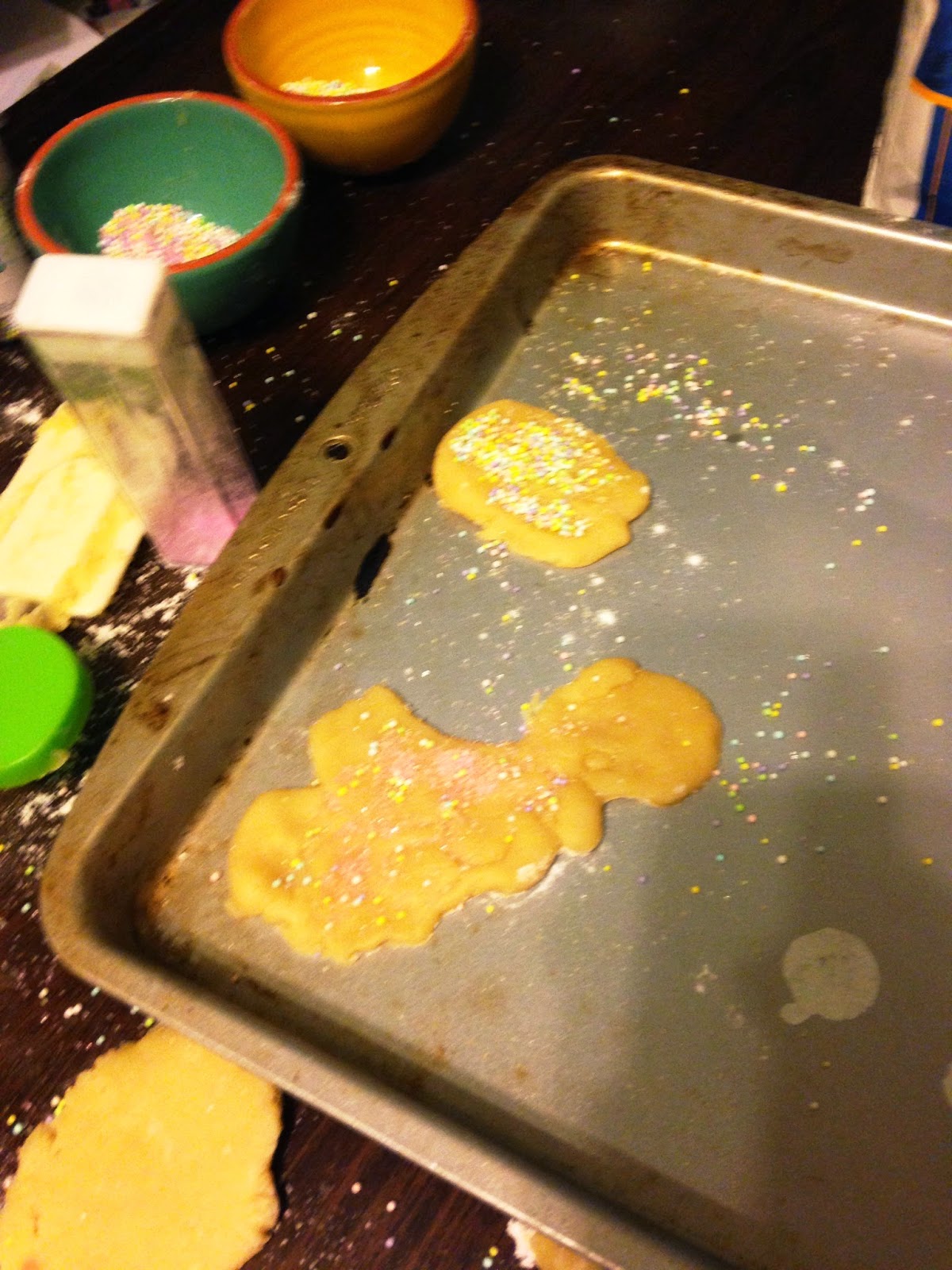