A Fun Fair at Fountainview

On Saturday, I decided to bring the boys to Fountainview Fitness, a rec center in my hometown of Carol Stream, where my mother still lives. The boys were excited to play games with Grandma Linda, and maybe even win prizes.

I do believe the purpose of this event was to get people interested in the fitness center. Well, my mom already has a membership, and I live in Plainfield, but we enjoyed ourselves anyway. The kids had a great time, and most of my pictures came out blurry simply because the boys didn't stop moving!


All that movement was a good thing, though. Exercise was kind of the point. They practiced throwing and catching in the gym. . . 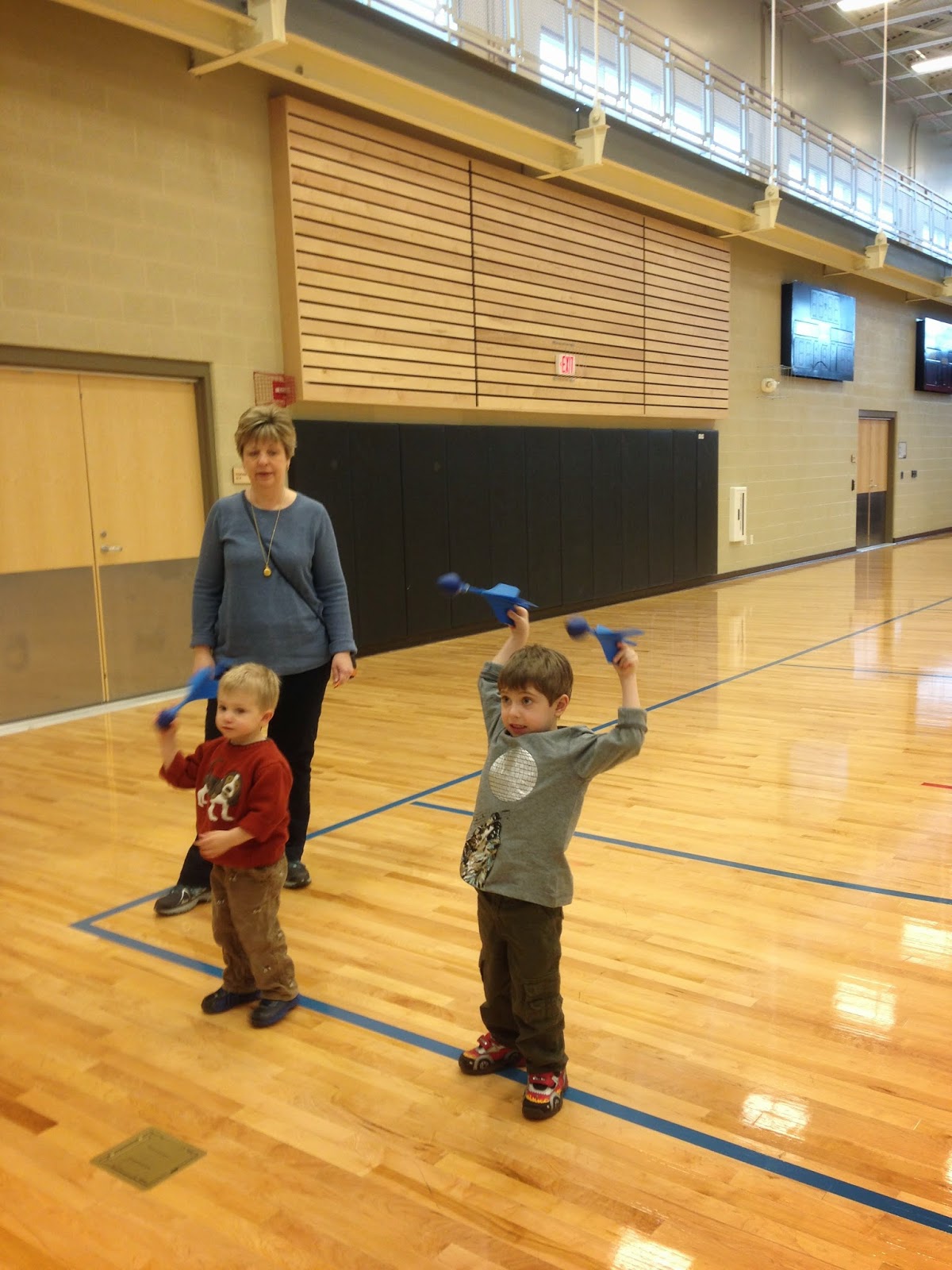 . . . and for once they were actually throwing in an appropriate place and with appropriate equipment! 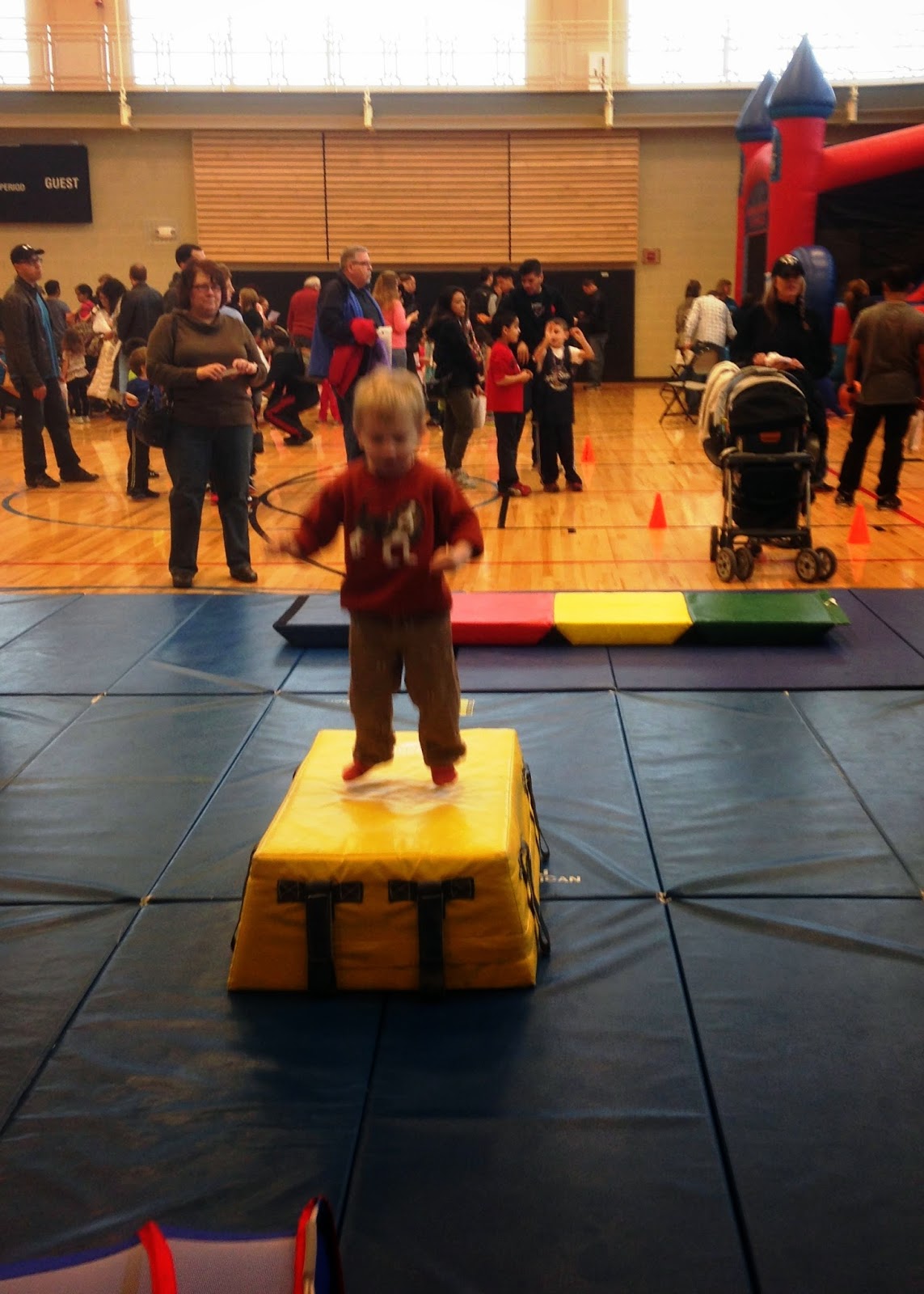 Henry jumps off of everything, so it is no surprise he liked jumping on this "stage." A favorite for both boys was this game where you have to throw beanbags into a potty. They loved it!


Nick really liked the bozo buckets game. He has decent aim, though I suppose that isn't surprising, given the number of objects he throws around our house each day. 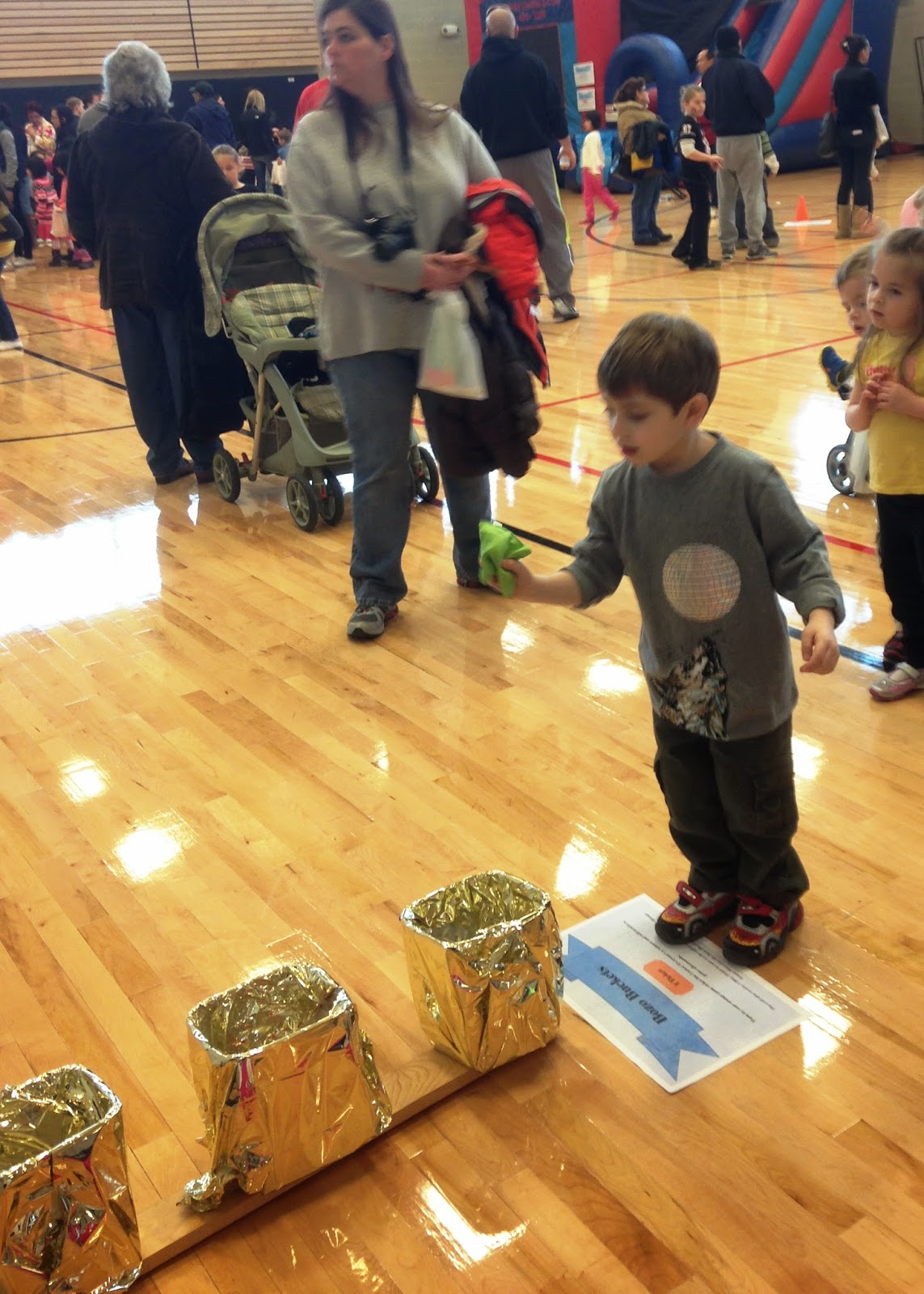 The wait for the bouncy house was a little long, especially since bouncing time was only five minutes, but we wouldn't have gotten out of there without a turn at jumping. I tried taking pictures, but this was the least blurry one from the bouncy house. Nick wants us to buy our own bouncy house. "Ha!" I told him. 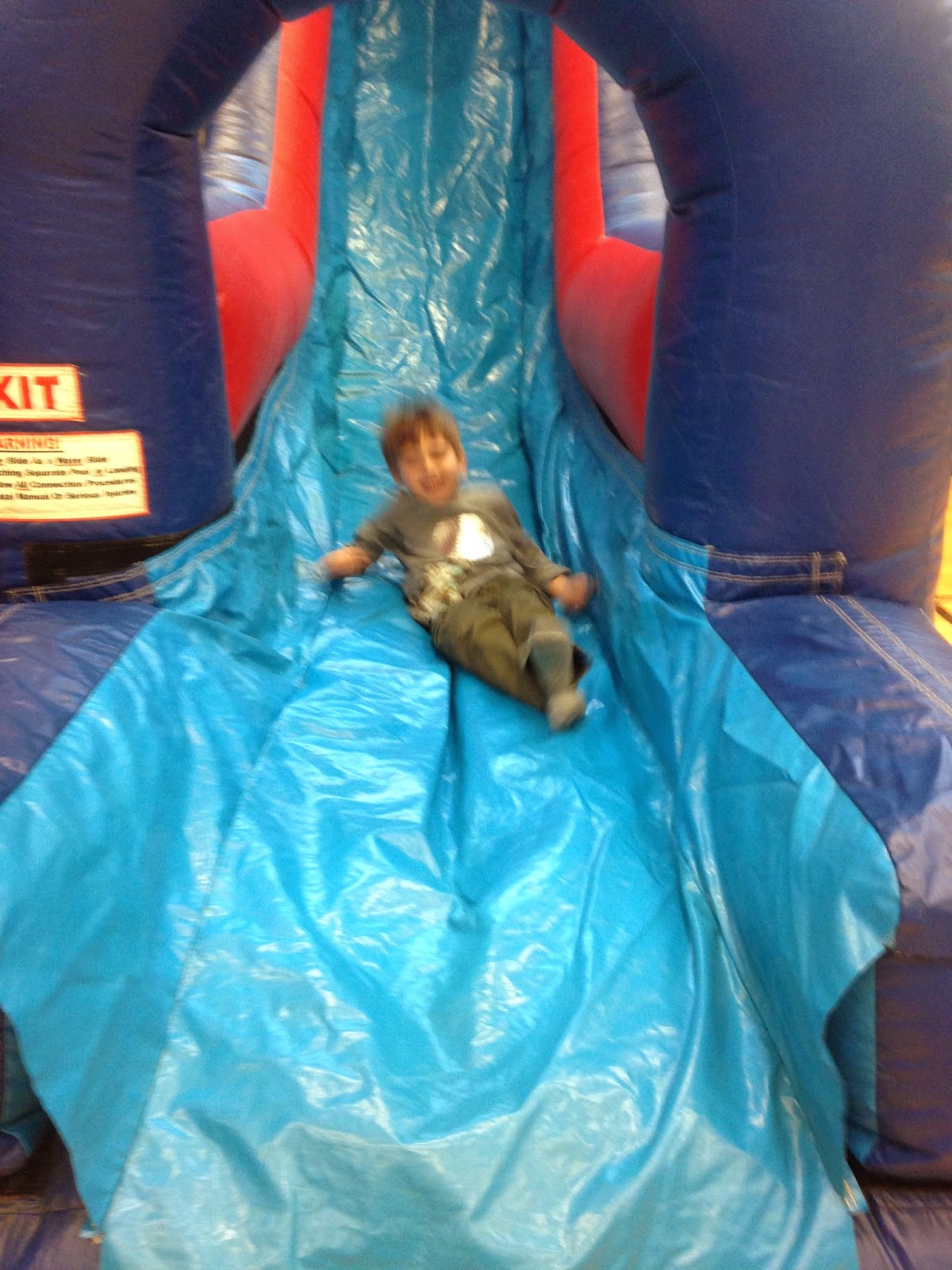 This fair also had face painting. I think, though, that the face painters were novices. I am judging this based on the fact that they sat down the boys and asked each one, "What would you like me to paint on your face?" Now, this is not a question to ask a preschooler. Nick asked for a penguin, which, thankfully, wasn't too hard to execute. He actually got two penguins--a regular one on one cheek, and a green penguin (Nick's request) on the other cheek. 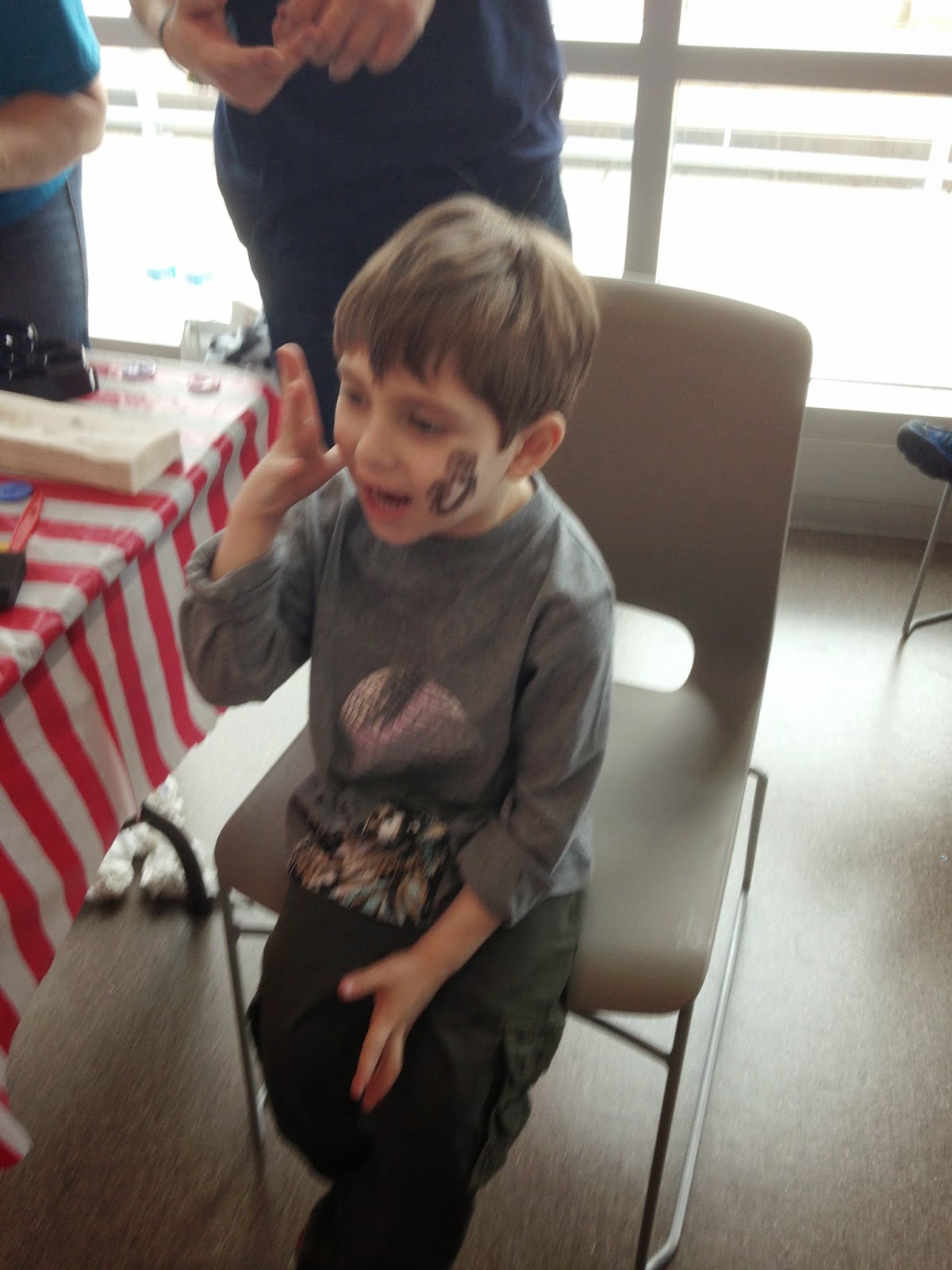 Henry was a little harder to pin down. I had to translate his requests to the young man with the paintbrush. First, he said, "Darth Vader!" and when I told him no way, he came up with "Luke Skywalker," and then "a light saber!" Finally I told the guy to just give him a penguin, too. 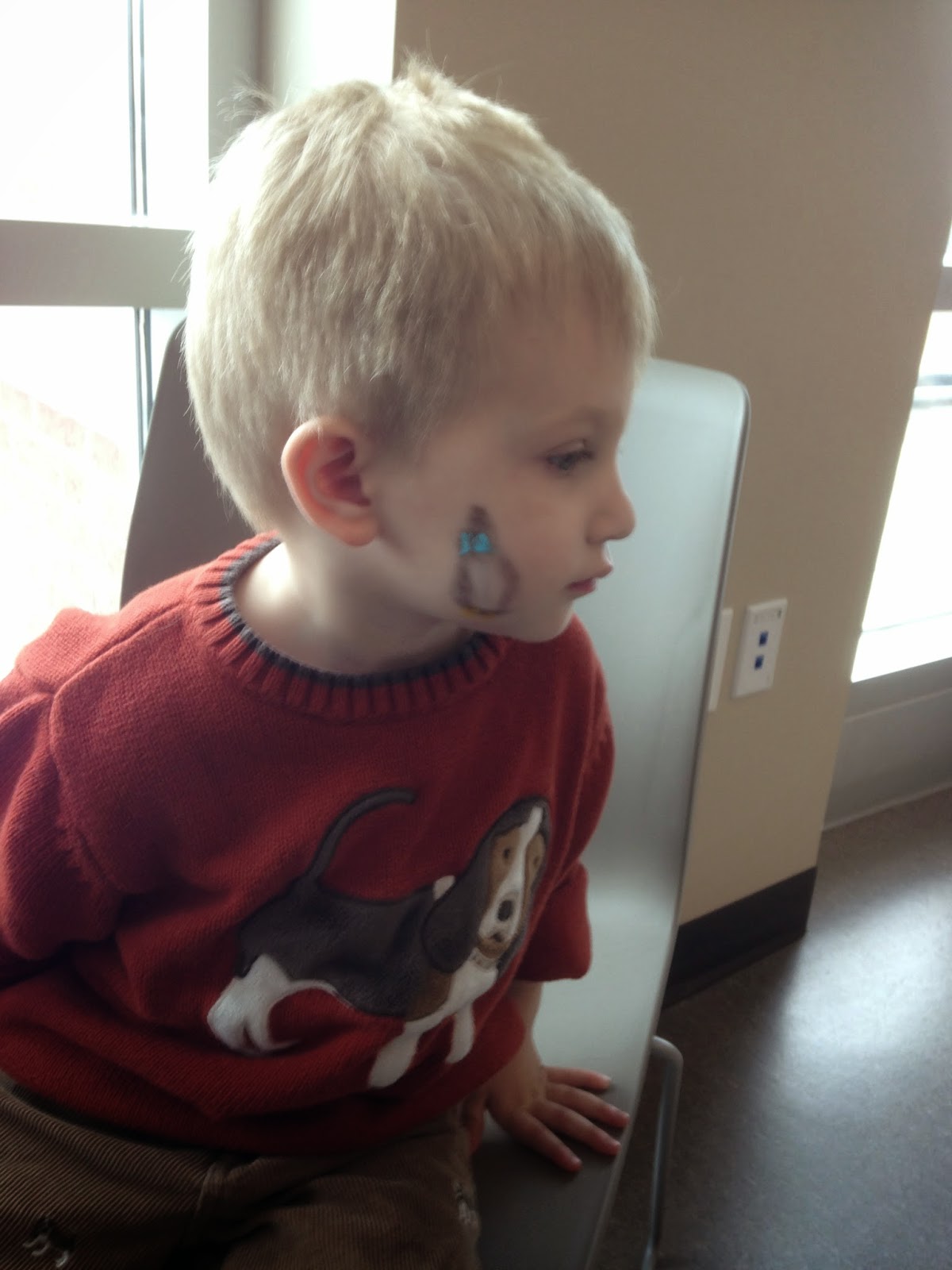 What the boys liked almost as much as the bouncy house were the prizes. Prizes are always a favorite with Nick and Henry. 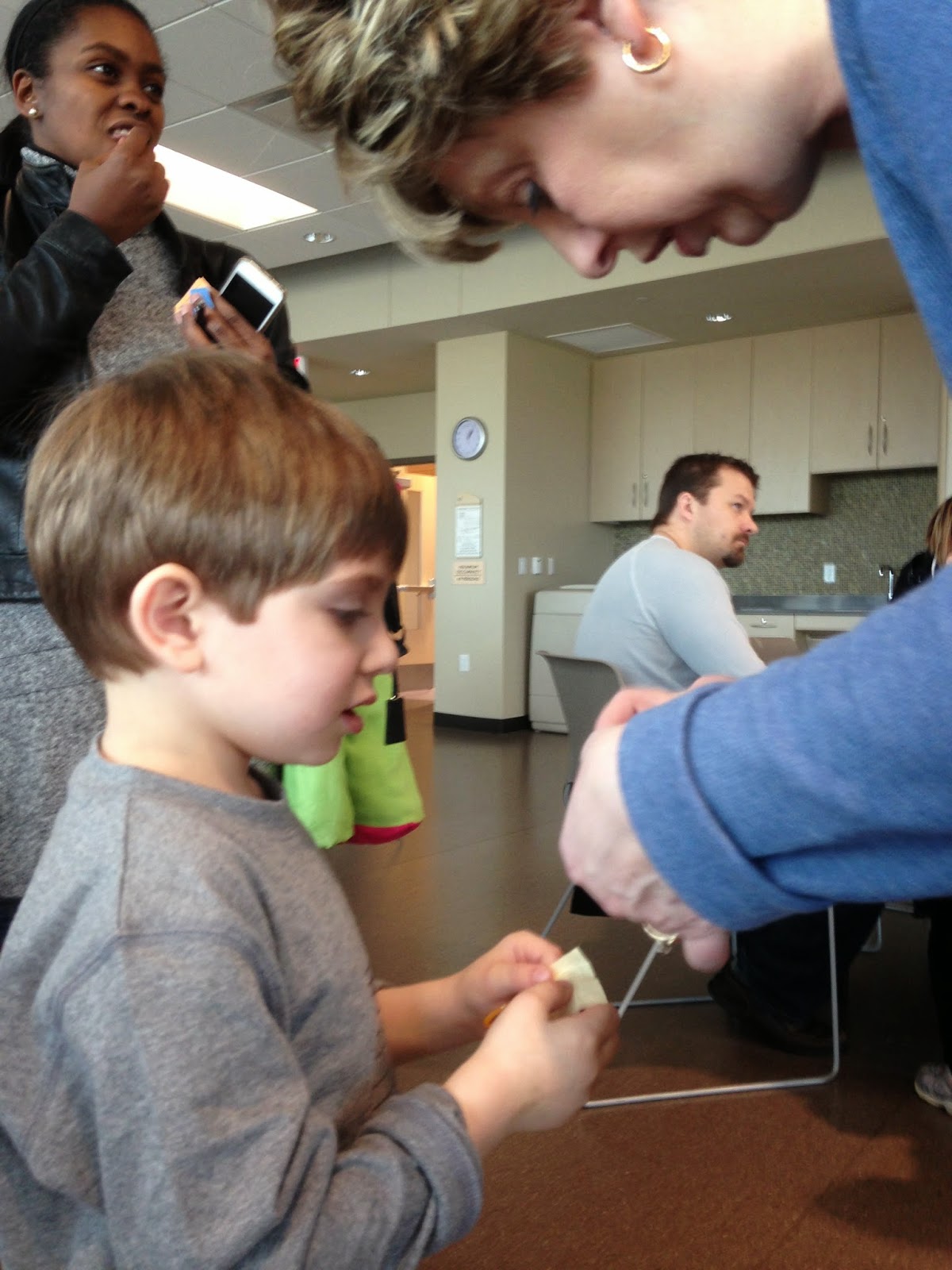 Nick especially liked this slinky, at least until his brother broke it. 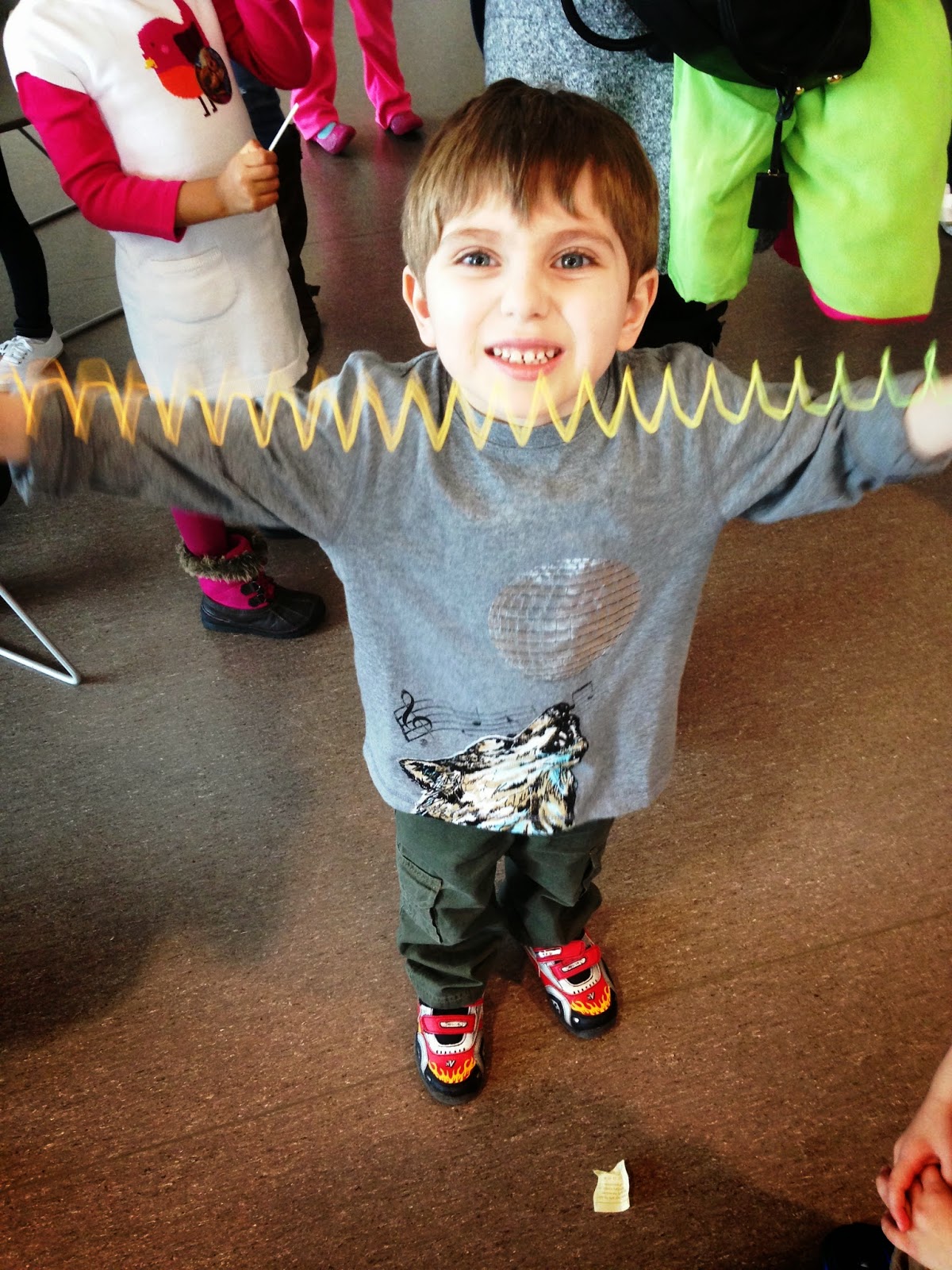 This is the best shot we could get of Henry and me. I should've waited until after he got his lollipop to take the picture. 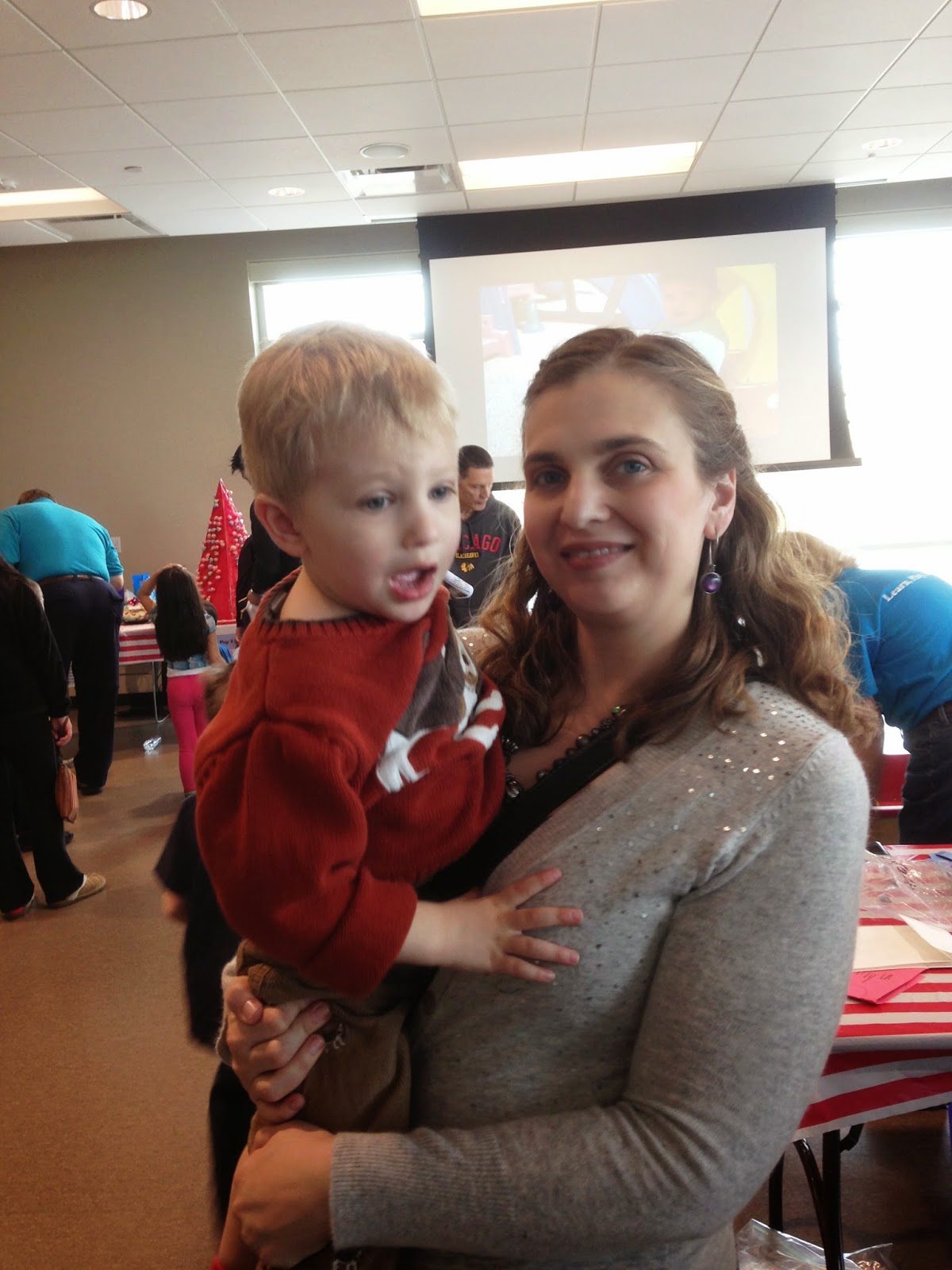 All in all, it was a pretty fun event. I filled out a whole bunch of raffle tickets, but I didn't get any phone calls, so I guess I wasn't a winner. Oh, well. The boys asked this morning if we could go back to the fun fair. I told them there was no fun fair today. Henry, especially, was confused by this.
Posted by Melissa E. at 9:41 PM