More Fun at the Museum

. . . of Science and Industry, that is. Grandma Toni's early 40th birthday present to Greg (His birthday isn't for a few more weeks) was a membership to this museum. We spent a whole Sunday there, and we did not use the stroller at all.

This meant lots of Henry chasing. I caught up to him just before he foisted himself over the wall into this tornado. 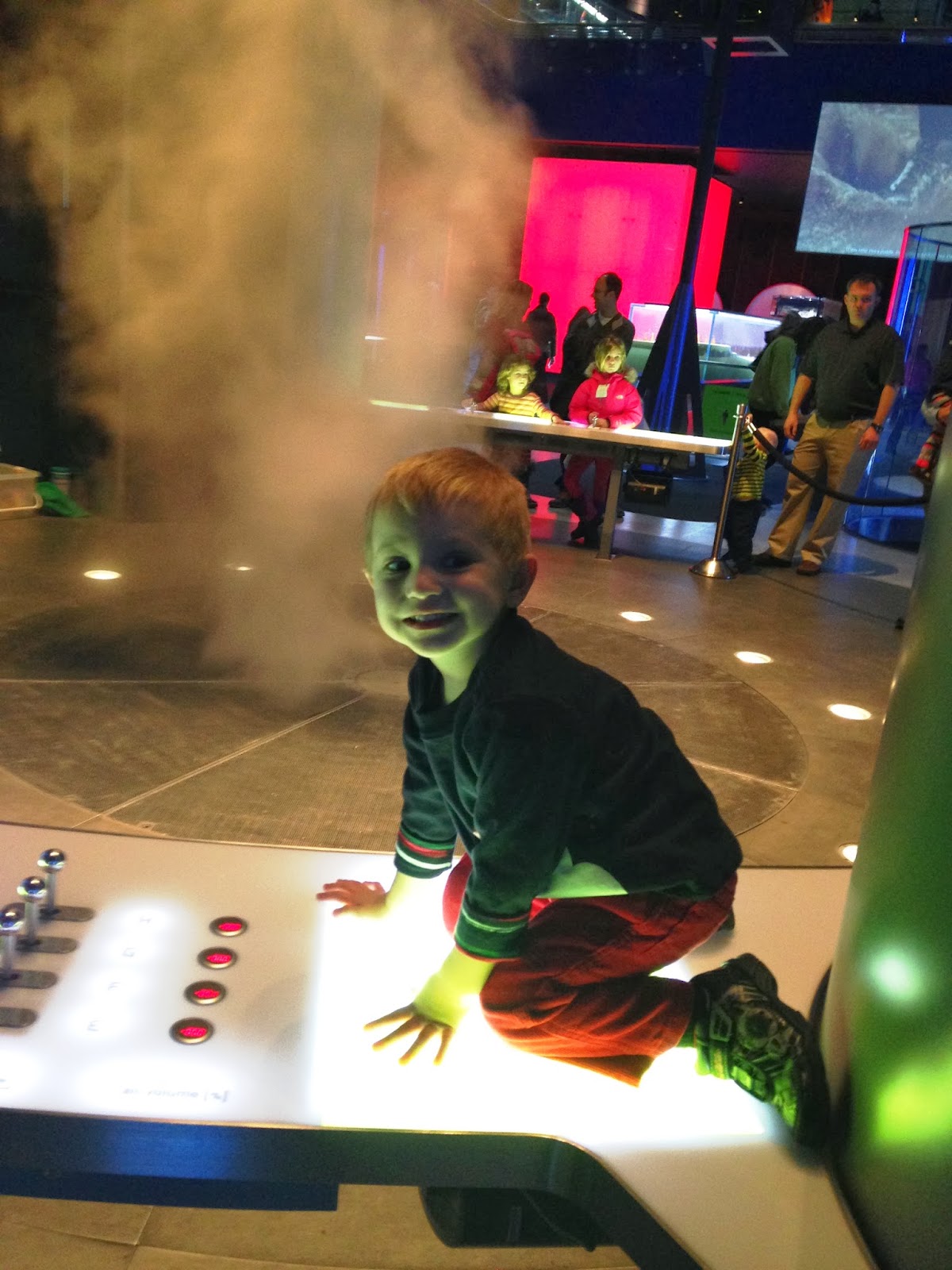 Strangely enough, Nick hated the sound of the announcer's voice at this exhibit. He kept covering his ears and shouting "too loud, too loud." His own shrieking didn't seem to bother him, though. 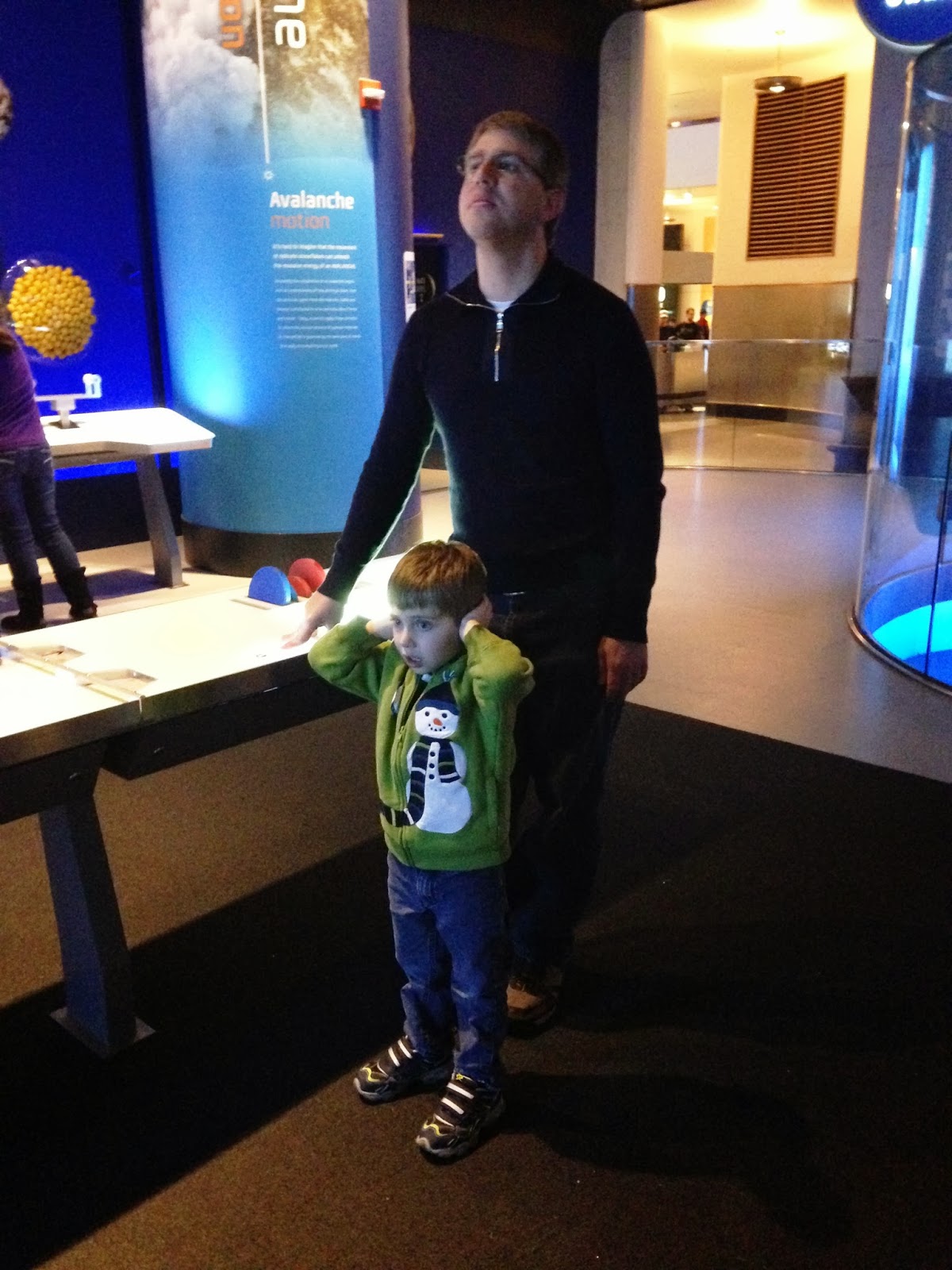 The color room was a pretty big hit, too. The lights kept changing, and Henry knows his color names now, so both boys pointed out the different colors and ran around joyfully. 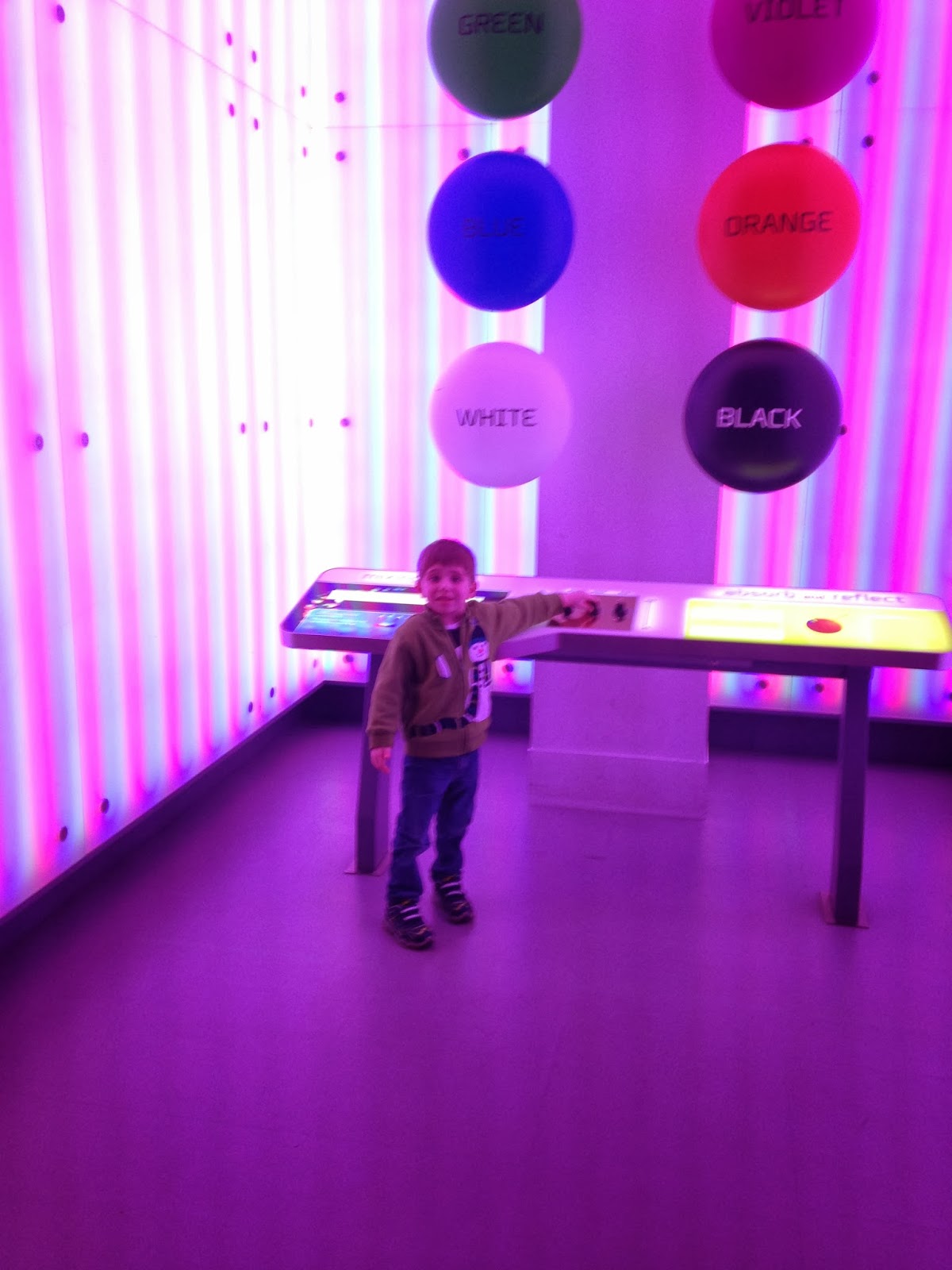 We even had Toni take a family portrait. A little blurry, but not too bad, considering how hard it is to get the boys to stand still. 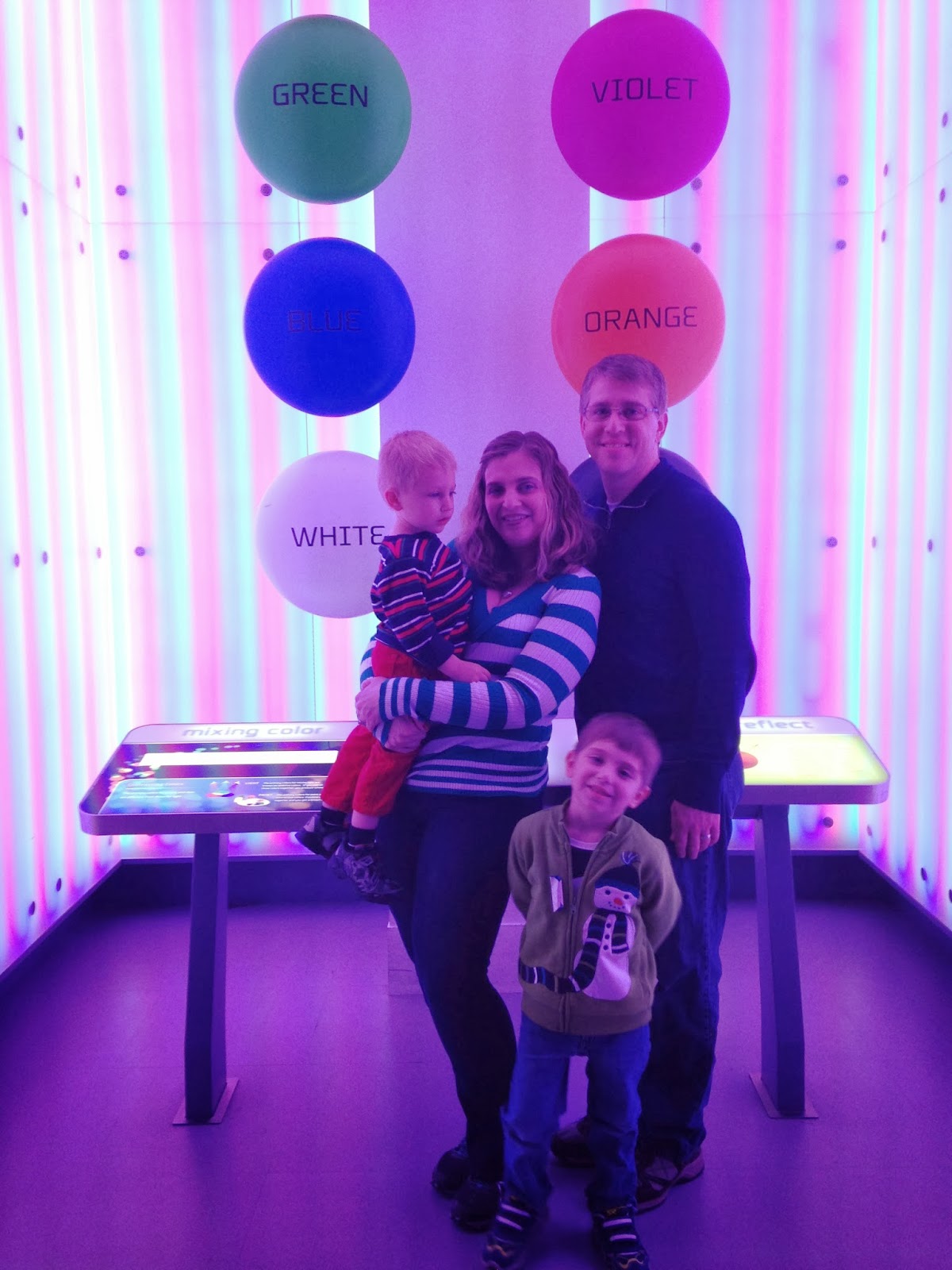 The wind table with the balls was a favorite for Nick, because he liked the way the wind blew in his face. Henry liked it, too, but Daddy had to hold him up so he could reach the balls. 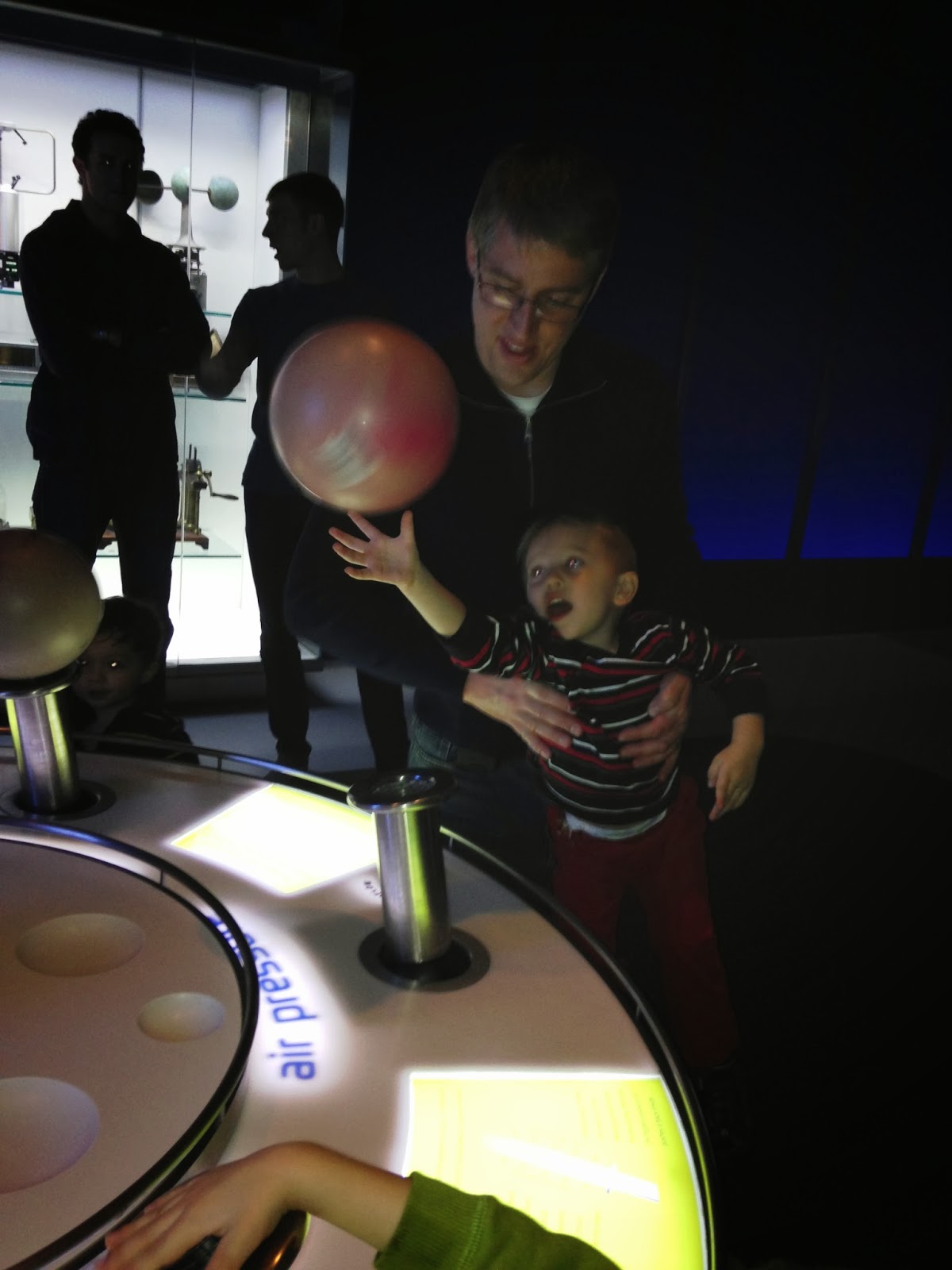 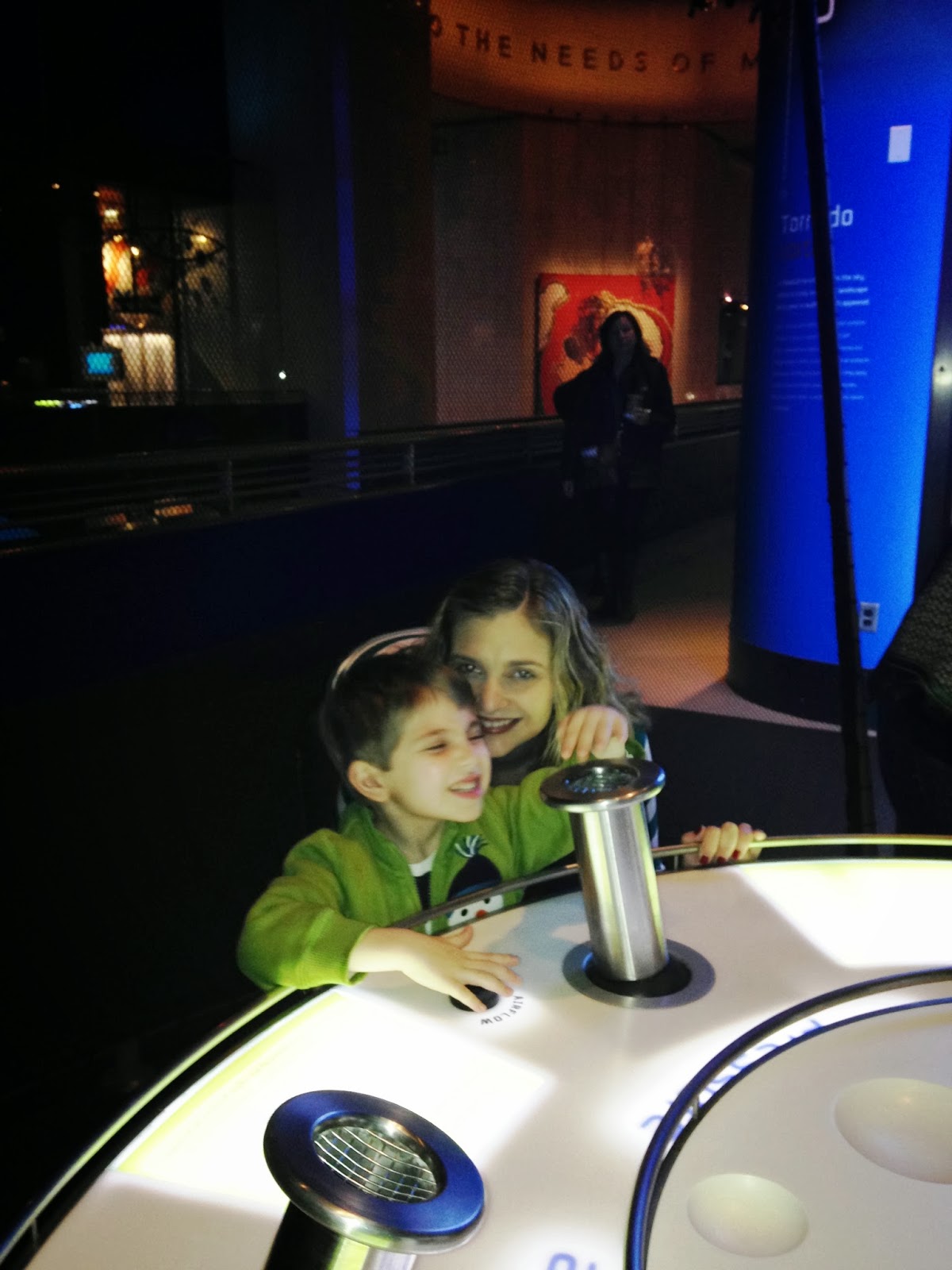 I took some video of Nick and I with the balls. There are so many hands-on things to do at this museum that we could've spent days at each exhibit.

The wind tunnel was a great deal of fun, even if it led to a rather bad hair day. 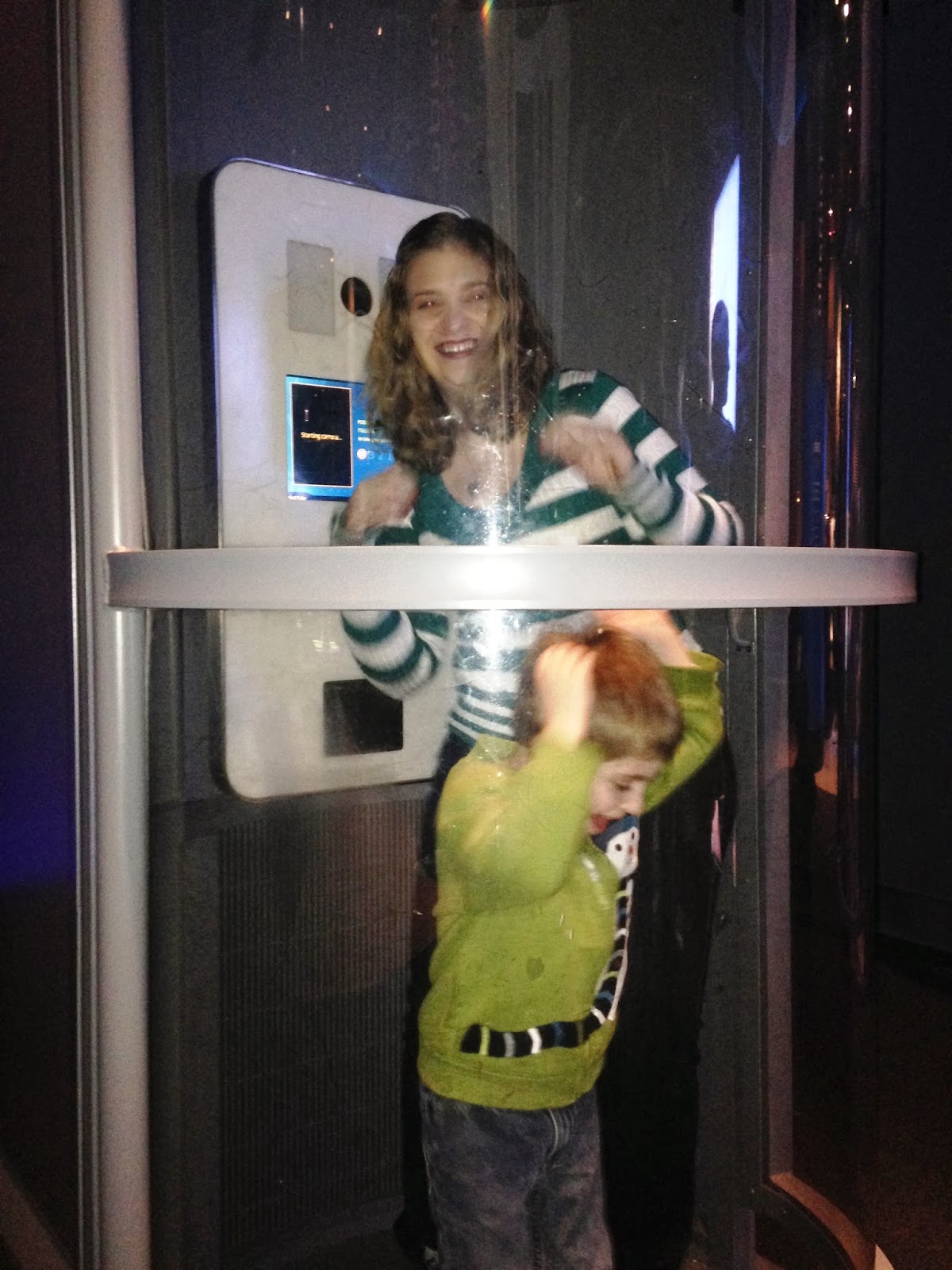 What? You thought that was all? Nope, we took 672 pictures of our trip to the museum, and I have lots more to tell. Science is a particular interest of mine, so I try really hard to get my kids "into" science as well. This job is made easier when there are so many awesome exhibits to check out. 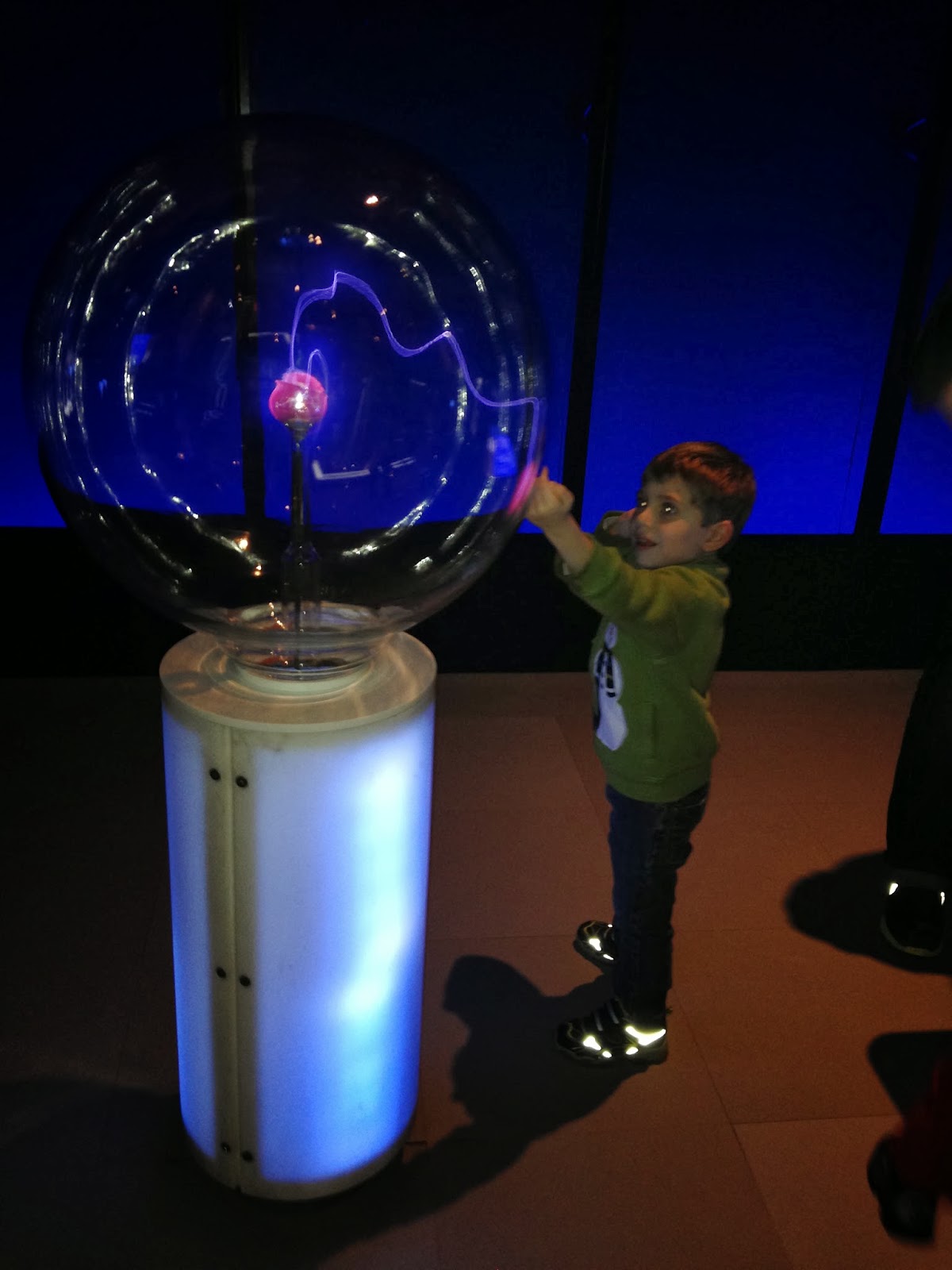 I will write more later, since it is now my bedtime.  :)