A Date with Henry

Nick has been getting lots of attention lately, since he is a big boy who goes to school. I didn't want Henry to feel left out, though, so I took him with me for a little date. We went to the Barnes and Noble to pick out a few books. 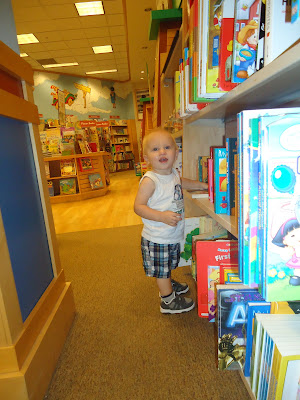 Henry loved pulling the books from the shelves. He also followed other babies around in their strollers. For a guy who doesn't talk yet, Henry can be pretty sociable. 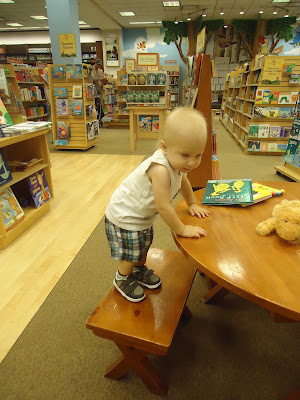 Once he became fixated with climbing on the furniture, though, I decided to take him across the store to the cafe. Henry picked out his own cookie. 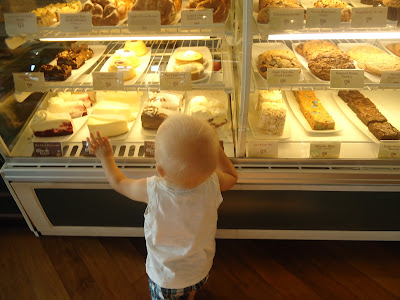 Nick did some flirting as well in the cafe. At one point, he climbed out of his chair and walked over to the table with those teenage girls behind him. He tapped one of them on the leg, and grinned up at them with a cookie face. They oohed and ahhed over his baby cuteness. Then he threw a piece of cookie at them and tried to climb on the table. (My children can serve as birth control for other people, you see.) 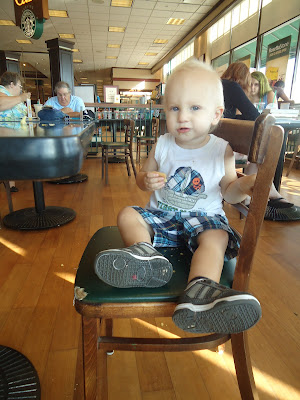 Henry has always had his brother around, so these times when it's just me and him seem so quiet in comparison. I'm sure that'll change when Henry learns to talk, but for now, it was nice to concentrate on just him. 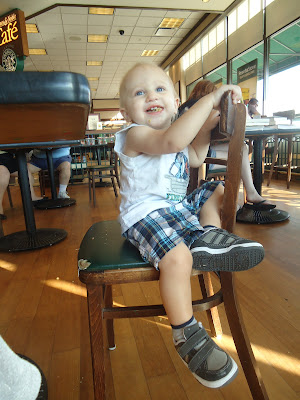 I'd go out on a date with this guy anytime.