A Tour of a. . . Wastewater Treatment Plant?

Yup. That's what we did on Saturday. My mom and stepdad live up in Carol Stream, and since my mom works for the public works department, she heard about this event, the WRC Open House. I heard that pumpkins, ice cream, and balloons were involved, so we showed up right on time. It was very chilly and windy, though, so everyone had long-sleeved shirts plus sweatshirts on. Brr! 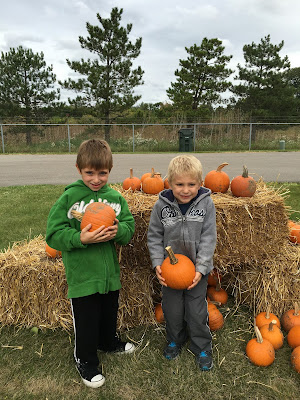 They did indeed give away pumpkins, but they also showed us things like the microscopes and test tubes that they use for checking the water as it is being treated. The boys had lots of questions, all about where everything goes when they flush the toilet.

They also took us on a hayride tour of the facilities, which were less, er, odifereous than one would expect. It was quite nice where the cleaned water is released into a creek. We even saw fish and ducks hanging around. 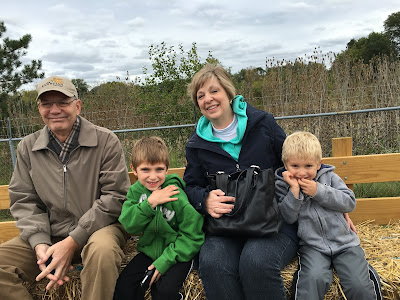 Did you know that they add oxygen to the water before adding it to the creek? I guess that's why the fish like hanging out right near where the treated water is released into the creek. 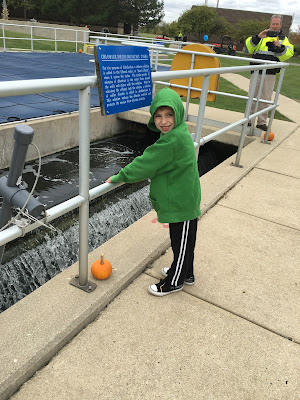 Henry and Nick were interested in all of the buttons and gauges where they add the oxygen. Nick says he wants to be a scientist. "But not the kind who does poop stuff. That's disgusting. The kind who works with microscopes and stuff." 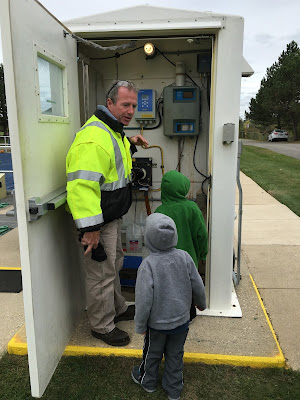 After our hayride, we had ice cream and then headed to the "touch-a-truck" event. They had some pretty huge specimens, and the boys were all kinds of excited as they raced from truck to truck. 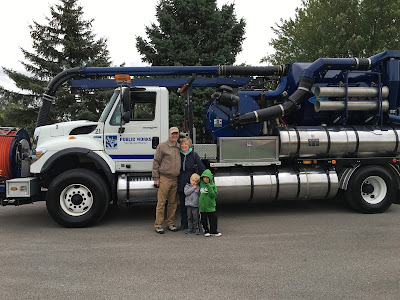 Nick's favorite was this big truck, and he kept going back to crawl inside. What was he most fascinated by? On some of the trucks there was a handle and you could roll the window down! Awesome! Amazing! Weird, even! On the way home I told Nick that until I was in my mid-20s, nearly every car I got inside had roll-down windows. He didn't believe me. 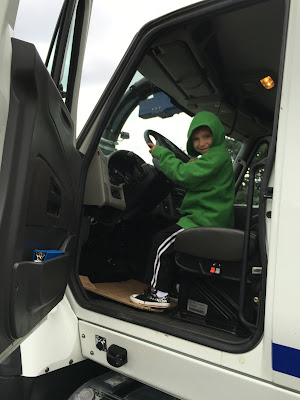 Henry preferred a more rugged sort of vehicle. This one was his vehicle of choice. Grandma Linda got to drive this one a few years back, so I think it's her favorite, too. 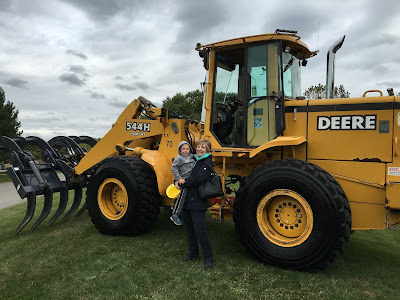 He even did a little song and dance while way up there.


Grandpa's favorite was this helicopter. They use it to spray standing water in the summer to keep the mosquitoes down. After the boys had their turn pretending to drive it, Grandpa Ray took his own turn behind the wheel. 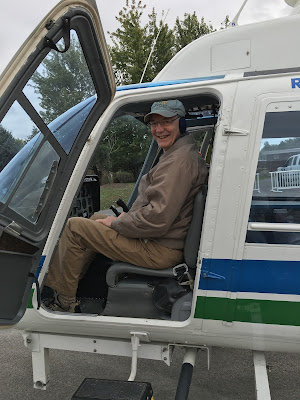 Henry wasn't keen on sitting in front of this huge snowplow. He might not be thankful now, but he'll sure be thankful for the snowplows once winter hits! (Or maybe not. Henry loves playing in the snow, so being stuck at home wouldn't be a bad thing for him.) 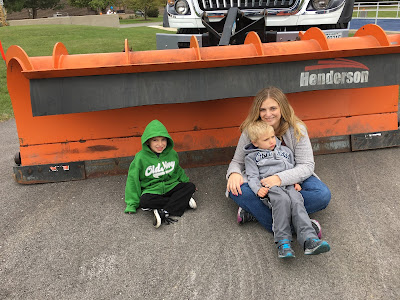 Here's Henry at the wheel. He said, "It's just for pretend though. I can't drive for real. Not until I'm big." Good thing, too, the way he maneuvers his toy cars around. 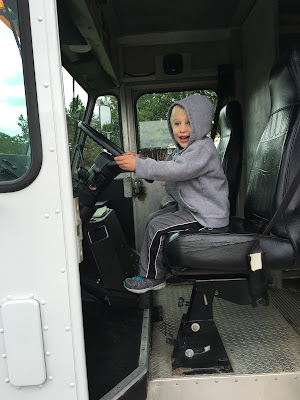 For something that sounded initially kind of lame, this event ended up being pretty awesome. 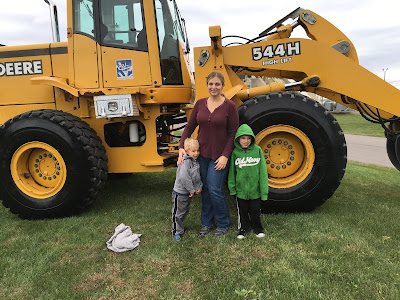 The boys got goodie bags and taffy apples to take home. When we ate them later on, both of them were shocked that there was an actual apple inside. What, did they think there was fake apple flavoring inside? A sweet ending to a chilly but entertaining day. 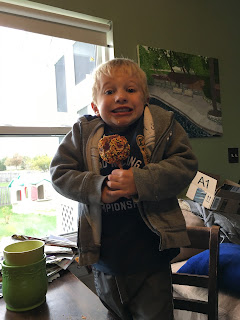 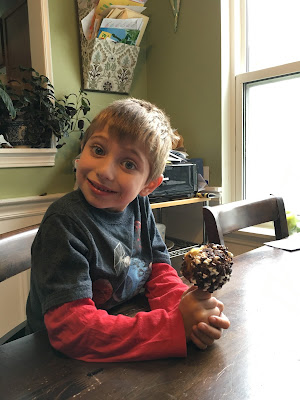