On Saturday we decided to carve our pumpkins. Okay, Greg helped the boys carve their pumpkins. I took pictures and gave color commentary. 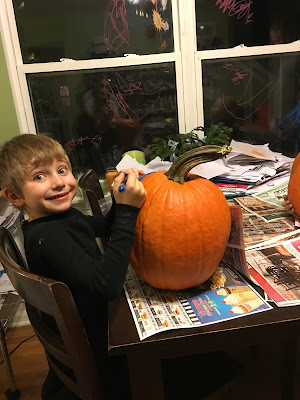 Nick's pumpkin had a really long stem, though Henry's was somewhat fatter. Both pumpkins had plenty of pumkin guts, though. 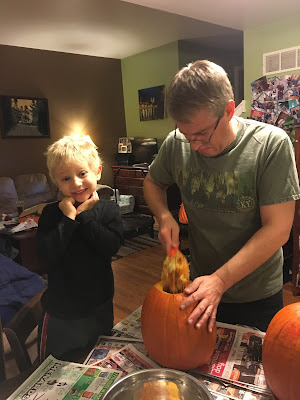 Henry has kind of a tradition of putting the pumpkin top on his head like a hat. 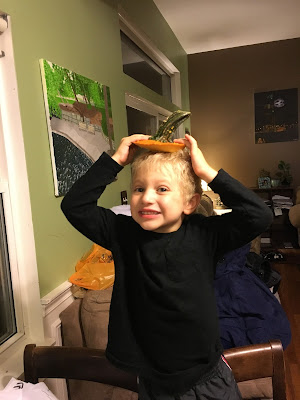 Nick did it, too. 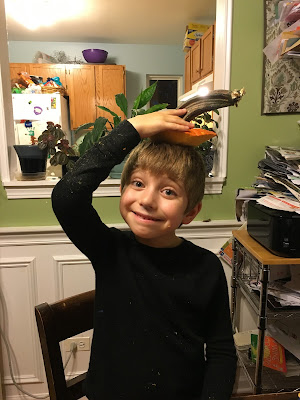 They both loved touching and playing with the gooey goop. 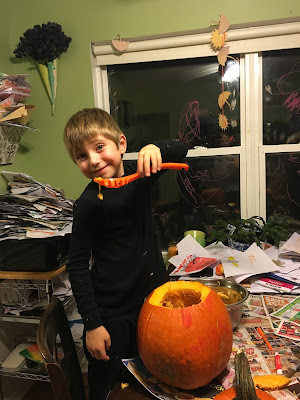 I think Greg did a nice job carving them. 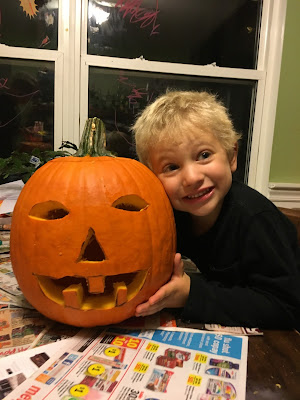 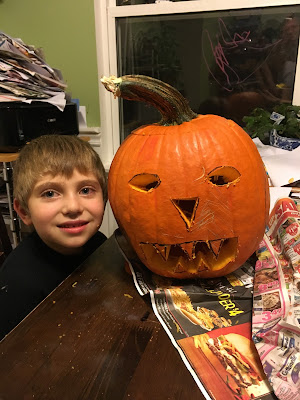 As traditions go, this is a pretty messy one, but the boys remember from year to year. Henry told me, "We have to take pictures out on the porch with our pumpkins!" 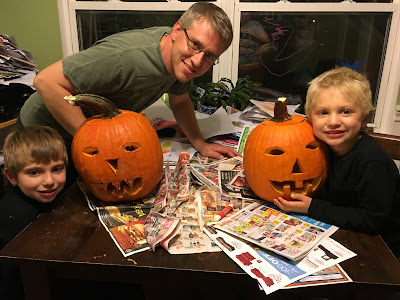 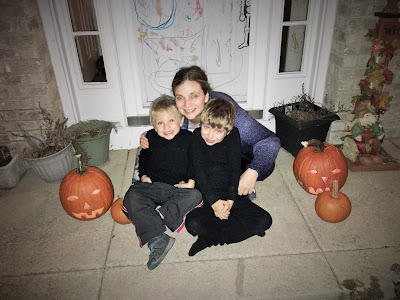 Halloween is almost here! Can you see all the decorations Henry made with window markers? Those are his "spooky drawings." 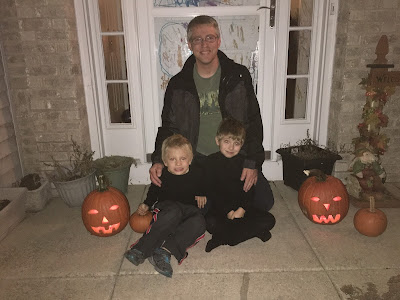